The ECU campus is now open.

Join an Information Sessions for Students

Join an hour-long information session in the Reliance Theatre to discuss the fire on campus and the ongoing restoration process.

Inspector Lynn Noftle from the Vancouver Police Department will join us for Tuesday's 11:30am session to answer your questions about the suspected arson on campus.

Light snacks will be provided by the Emily Carr Students’ Union and the university.

Emily Carr University reopened on Tuesday, October 15 following a 10-day closure. This was due to a small fire that took place on Saturday, October 5. The fire was fully extinguished, and thankfully, no one was hurt.

The Vancouver Police Department made an arrest on October 11 in connection with what they believe to be arson.

Anyone with information helpful to the investigation is asked to contact the VPD or Crime Stoppers.

Fire damage was limited to the Research + Industry Office and nearby hallways. Very few personal effects or artworks were affected.

The water used to extinguish the fire, however, caused a significant amount of damage to walls and ceilings. These materials must be dried immediately to prevent the growth of mould, which can cause a variety of health effects.

In total, about one-third of the rooms on Level 3 and 4 suffered water damage and need restoration. Relatively few areas on Level 1 and 2 were affected.

Unfortunately, the area of the library that houses the university archives was significantly impacted. Library staff are now working to recover damaged items.

We initially hoped that classes could resume in a few days. We soon learned, however, that our complex wall assemblies — specifically built to support the unique needs of an art and design university — made the restoration process much more challenging and time-consuming.

An environmental engineering company has since been brought in to ensure that all materials affected by moisture are dried or removed and that absolutely no mould is allowed to grow.

Much progress has been made in the cleanup. We have removed all standing water, ensured air quality is healthy, replaced fire sprinkler heads, and repaired damage to our electrical and communications infrastructure. We have also tested the fire safety and security systems to confirm that they are fully functioning.

Staff returned to work on Wednesday, October 9 once most administrative and common areas were deemed safe; faculty were invited to return the following day. University staff have been instrumental in preparing for the return of students.

Most classrooms and studios are now safe and open for use. There are, however, several areas that remain closed as they will remain under construction for several weeks.

Because of this, many classes have been moved to other locations until the work is complete. Some shops and facilities will be temporarily relocated or offering limited services.

Classes missed during the closure will be rescheduled during the assessment period at the end of the semester (December 4–17).

Nothing is more important to us than the safety of the Emily Carr community. We would like to thank students, staff and faculty for their patience and understanding as we work together to overcome this unfortunate event.

ECU community members who have a question or concern about the restoration process can refer to this list of key contacts. 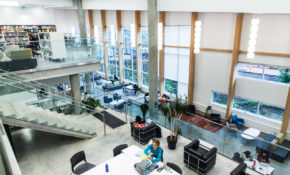 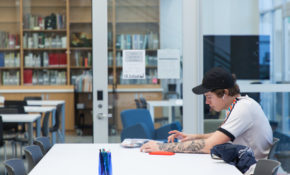 Learn what areas are closed and where to find those services which have been relocated. 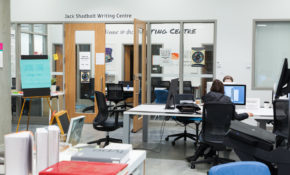 If you have questions that aren't answered in our FAQ, please get in touch 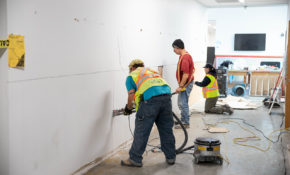 Photos taken as the building is restored 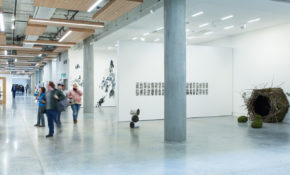 Answers to your questions