by Levin, Lowry and Tsang

221A is pleased to present Maraya: Sisyphean Cart, an exhibition and public program by Vancouver-based artists M. Simon Levin and Henry Tsang and cultural theorist/writer Glen Lowry. Over the past seven years, they have interrogated the re-appearance of Vancouver’s False Creek in the Arabian desert as the Dubai Marina, exploring the uncanny similarities between these large-scale urban developments that share the same architects, engineers and urban planners.

The neighbourhoods of False Creek represent a new form of urbanism, heralded by architecture critic Trevor Boddy and others as Vancouverism, a homegrown response to an outmoded Manhattanism. Indeed, it was the transformation of the post-Expo’86 lands that attracted the attention of Dubai-based EMAAR Properties to realize a new version of False Creek in the Arabian Desert. As a result, Vancouver’s towers of glass and steel set amongst urban waterfronts have become synonymous with an emerging global city built for and populated by newly mobile middle classes from the Middle East and Asia.

Against this backdrop, the Sisyphean Cart functions as a foil that challenges the audience to consider the vital social processes that are lost behind the proliferation of glass and steel facades. Cities as apparently distant and disparate as Vancouver and Dubai have become key sites in unfolding the narrative of neo-liberal mobilities. The historic flow of ideas, people and money between Vancouver to Dubai is a story that binds developers and planners to the goals of capital; it chronicles a zealous faith in returns on investment—rather than addressing concerns around affordable housing, public amenities and usability and the importance of growing civic involvement. We ask, what is missing in this spatial collusion of urban mega developments, real estate speculation and city planning? Is the promise of the livable city another marketing ploy to lure tourist dollars and the capricious flow of international investment? Set amidst the false “green” of Vancouver and the genuine “bling” of Dubai, the Sisyphean Cart reflects the desires of these cities to compete for attention on the world stage, upstaging the local inhabitants in the search for global capital. Read more 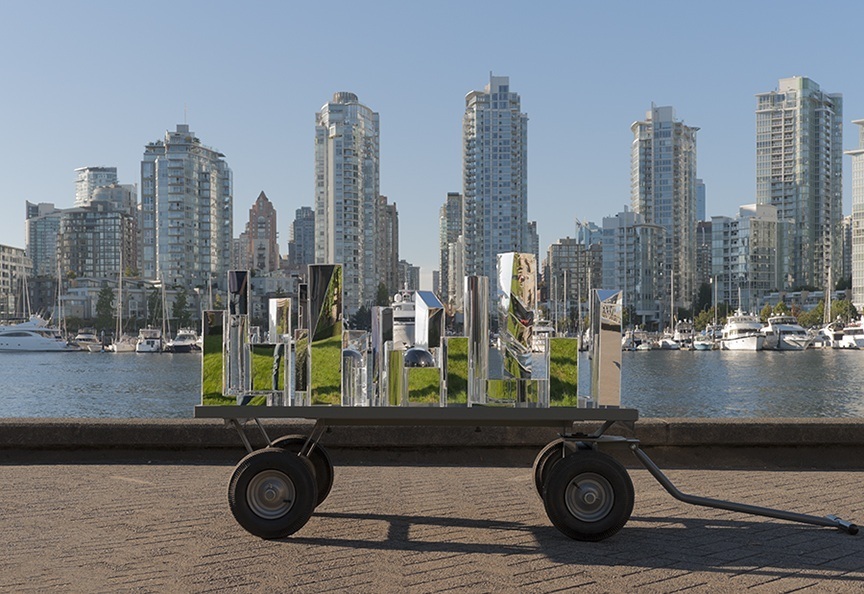 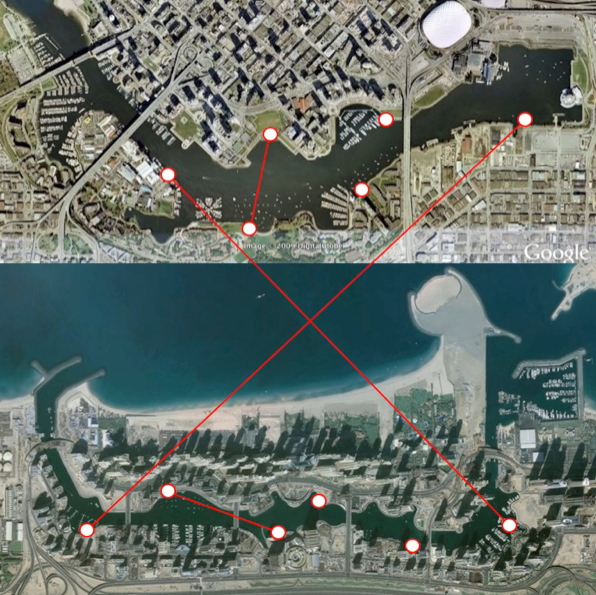