Art is colliding with science inside Canada's home for particle and nuclear physics.

The artist-in-residence program at TRIUMF in Vancouver is bridging the divide between the two disciplines, allowing artists to interpret science, while bringing those scientific ideas to the public in a more accessible fashion.

Blaine Campbell, an Edmonton resident who holds degrees in mathematics as well as a fine arts degree from Emily Carr University of Art and Design, is the newest creator to fill the post.

Campbell recently wrapped up his second visit to TRIUMF, which is located on the University of B.C. campus but is owned by 19 member universities across Canada, photographing the facility and its equipment.

His work comes as TRIUMF celebrates the 40th anniversary of the commissioning of the world's largest cyclotron, a particle accelerator that drives cutting-edge science.

Then-Prime Minister Pierre Trudeau commissioned the cyclotron on Feb. 9, 1976. "I don't really know what a cyclotron is, but I am certainly very happy Canada has one," the elder Trudeau said at the time, according to TRIUMF.

Today, Science Minister Kirsty Duncan toured the facility, to mark the anniversary and recognize advances in medical isotopes and other fields. "Physics is a real strength for Canada, so we are playing with our strong suit here, making a real difference where we can." 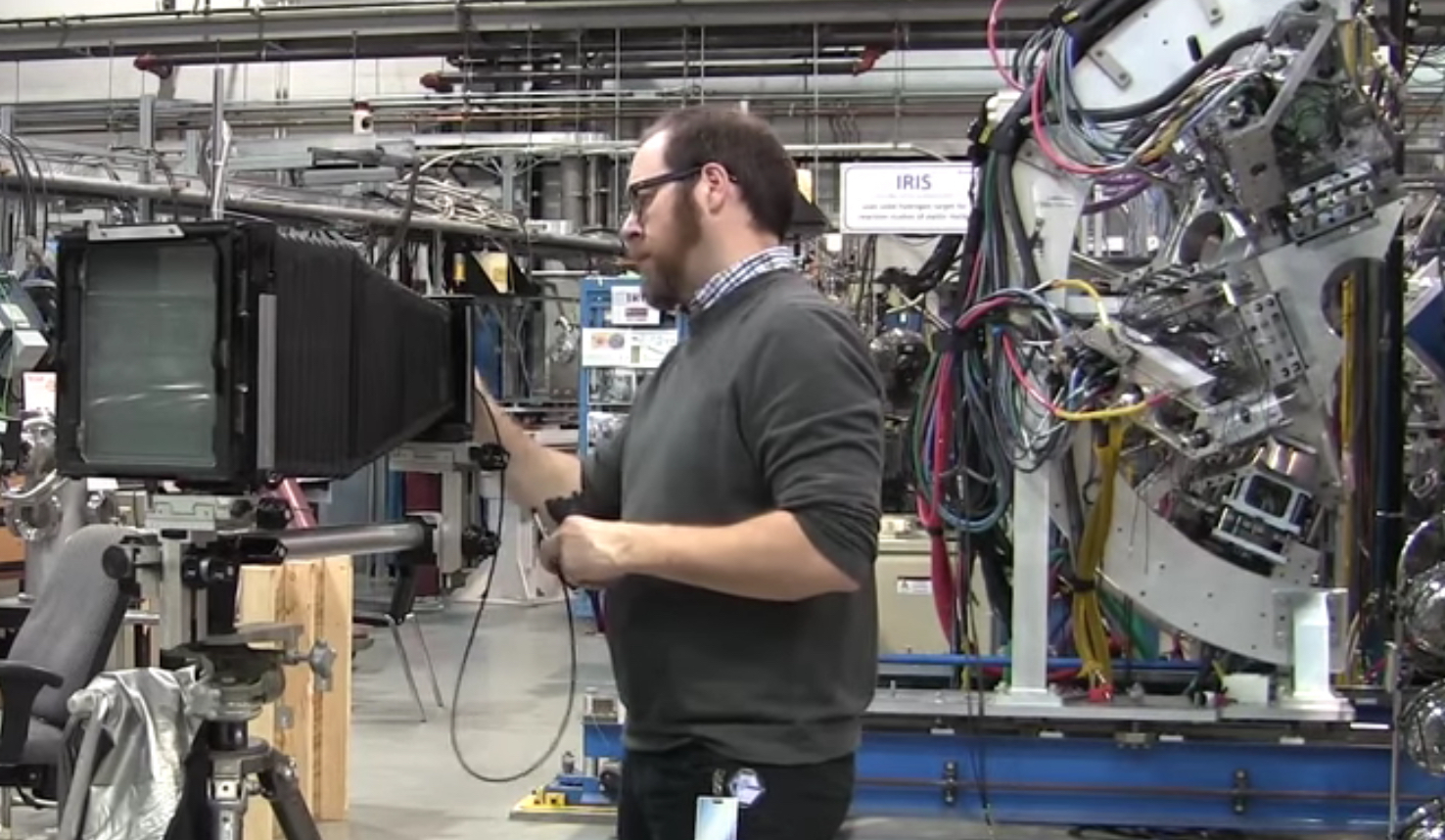 Emily Carr alumnus Blaine Campbell ('07) is the latest creator to fill the post.

Campbell sees a connection between art and science, when it comes to creativity and abstract ideas.

One of Campbell's most-recent works includes a kaleidoscope-like stained-glass piece composed of images from the Hubble Space Telescope archive. He also recently completed a second piece, a metal engraving made up of a modified equation meant to summarize all-known physics.

Campbell said the program, which doesn't include a paid fellowship, has allowed him to meet with TRIUMF researchers, discuss their work, and get a close-up look at their areas of specialization.

He said he initially wanted to conduct a photographic study focusing on detectors — pieces of equipment that detect energetic subatomic particles — but he has since found other things that are visually interesting.

Jonathan Bagger, director of TRIUMF, said the program, in place since 2009, helps show the public that science isn't practised just for scientists.

"Science is done for society, and for really everybody," he said. "There are many ways of communicating science, of expressing the results of science, and I would say the artist-in-residence program is one of the very powerful ways we have of bringing this science to the broader world."

Ingrid Koenig, an associate professor at Emily Carr who has taught a course called "Black Holes and Other Transformations of Energy," will also continue as an artist in residence at TRIUMF until 2018.


With files from the CBC