Two students at Emily Carr University of Art and Design have designed a product they hope will help protect people from the Zika virus.

To close out their third year in industrial design studies, Sharonna Chan and Ali Alamzadeh got to thinking in their medical design class and came up with a jacket they say will protect people from mosquito-borne illnesses.

The Papillon jacket is made from $10 worth of netting and extruded acrylic tubing. The jacket folds down into a one-inch-thick ring that is about five inches in diameter.

Inspired by the Glasswinged butterfly, the jacket took four months to make and earned the pair a grade of B+.

Because mosquitoes are able to bite through many fabrics and materials, Chan and Alamzadeh figured out a way to keep the insects from making contact with the wearer’s skin.

“The concept of this product is that it builds this one-inch air barrier around your body,” said Chan. “Because the material (netting) is suspended by plastic rings that are embedded into the clothing it doesn’t touch your skin. The mosquito can’t land on you so it has no chance of biting you, or infecting you.” 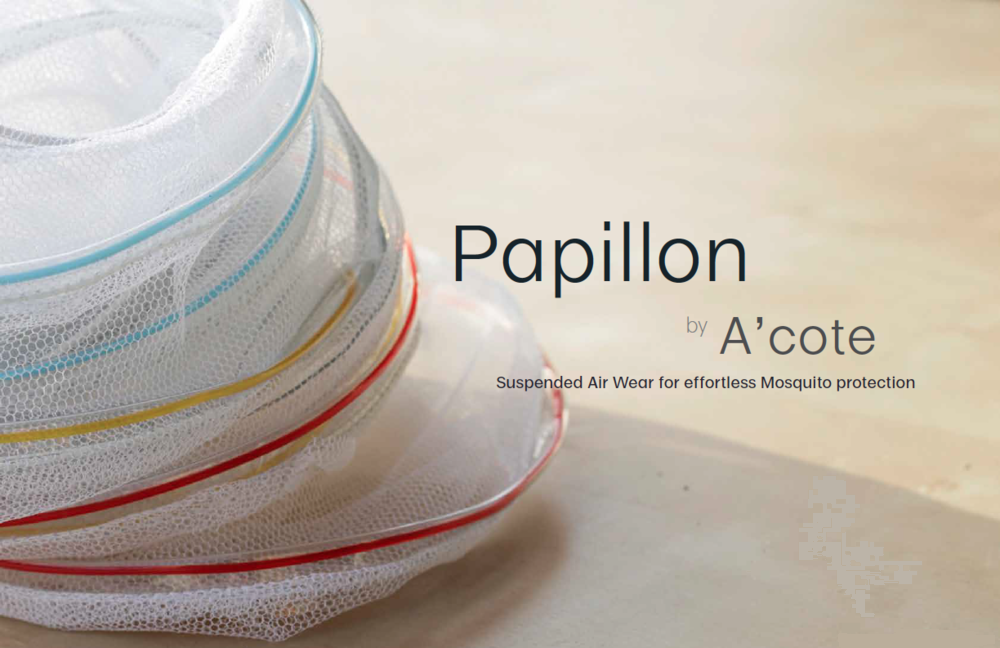 The idea for the jacket came as the pair worked their way through some other final project ideas. They first looked at dehydration in third world and developing countries.

Once they began researching that, they learned more about other issues including the rising Zika problem and the concerns over the upcoming Summer Olympics and Paralympic Games in Rio de Janeiro in August and September.

The Zika virus infection is a cause of microcephaly (abnormally small head) in newborns and of Guillain-Barre Syndrome (a neurological disorder). The Public Health Agency of Canada says pregnant women and those planning to become pregnant should avoid travelling to the Olympics.

Right now the Papillon jacket is just in the prototype stage, but Chan said she and Alamzadeh are focusing on raising money and getting it manufactured.

“We were really, really happy,” said Chan about the final outcome. “The product was there. Now we need to work even more and see how far we can go.”

The federal government lists 50 countries with reported cases of locally acquired mosquito-associated Zika, but the majority of the cases are still in much of South and Central America and the Caribbean.

Just days ago a Newfoundland man who had travelled to the Caribbean was confirmed as the first case of Zika in Canada.