When the animated fish Dory wiggles past sea anemones, light glints and gleams to makes her underwater world so believable, and the trick was crafted by a light wizard whose creative spark first ignited in Vancouver B.C.

Kenyan-born Farhez Rayani moved to Canada as a toddler and that was just the start of his circuitous journey, not unlike Dory's, to achieve his dreams.

" [Finding Dory Director Andrew Stanton] really wanted the water to be like its own character, its own force within the film."- Farhez Rayani

"I just followed the passion," said Rayani, 41, who is now a lighting technical director for Pixar Animation Studios in San Francisco, California.

He's worked on a long list of films from The Golden Compass to Harry Potter and the Goblet of Fire, but says for him it all started with the original Toy Story. When he watched that film he knew what he wanted to do for the rest of his life.

Rayani dropped out of the computer science program at Simon Fraser University and enrolled in Emily Carr University of Art + Design, but left early (graduating later) as the talented programer was scooped up by a company at the forefront of the industry at that time.

"It was a risk ... [I] had no idea, as a Canadian, how I could go to Pixar," said Rayani whose peers were all taking more conservative career paths. Despite this his father encouraged him. 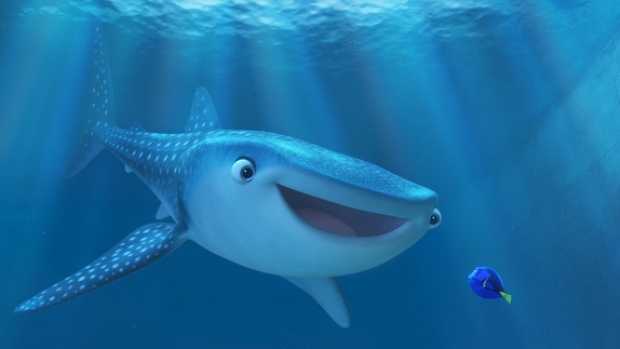 "Being a fresh immigrant to Canada he had to start from scratch. He always told me always do what you love," said Rayani whose extended family were part of a wave of Indians who fled Uganda and Kenya in the 1970s to restart lives in Canada because of changes and the threat of violence after Idi Amin came to power.

"As luck would have it Pierre Trudeau was in power and he opened his arms to many of the East Indians who settled here. My parents decided to leave too — and they chose Canada."

After growing up in Vancouver Rayani made another new start after he was hired to work in animation.

He ended up working for Alias at their headquarters in Toronto, eventually accepting an opportunity at CORE Feature Animation to work on the first animation film ever made in Canada —The Wild — and then got the itch again to work on film production.

After a stint in Australia he sent out a new demo reel, worked in Los Angeles for a while and than got the call he'd always dreamed of: an interview with Pixar Animation Studios.

"I thought it was a joke. I literally thought somebody was playing a joke on me," said Rayani.

Since then he's progressed through the company to the point where he's now working with Andrew Stanton, who has had a hand in many Pixar productions, including the original Toy Story, the first 3-D animated film that inspired Rayani years ago.

Finds himself on Finding Dory

The technical challenges in Finding Dory revolve around all the fish tanks, glass and water, he said.

"Our job is really about directing the audience's eye," he explained.

"The challenge was [that] the director — who did Finding Nemo andWALL*E — really wanted the water to be like its own character, its own force within the film," said Rayani.

Emerging technology now allows the control of light in ways that were very difficult and slow before, but now can be simulated almost instantly, from reflections to refraction, he said.

"We want to be able to bend it toward servicing the stories ... so it was really a challenge to do that," he said.

"It allows us as artists to be much more prolific in our work," said Rayani who as well as a master lighter also trains the 300 to 400 artists involved in each film.

Film lighting is like creating a painting that conveys mood and emotion, he said adding that iIf the scene requires a sunset, the look and feel of that scene will vary depending on whether the sun sets in a sad, excited or peaceful moment in the story.

Rayani got his start when he was head-hunted from a company called Alias, which created the software that remained the industry standard for years.

He says much of the talent and creativity behind the new advances, emanated originally from Canada.

"A lot of our technology was created in Canada and I don't think people know that," he said.

Many leading companies that pioneered software for the film, game and design industries — including Alias Systems Corp. (formerly Alias|Wavefront), Softimage and Discreet — were started in Toronto or Montreal before they were purchased by U.S.-based 3D design leader, Autodesk.