Gabi Dao is a Vancouver-based artist whose work in installations and sound has earned her a media residency at the Western Front. Over the next several months, Dao will produce a series of podcasts, which will culminate in a live public event in the fall of 2017.

Dao is a second generation Chinese-Vietnamese woman whose artistic passion was initially met with opposition. Growing up in a culture where art took a back seat to traditional studies like maths and sciences, Dao pursued other creative outlets such as classical piano before eventually dedicating herself to her art. With her parents’ support, she studied contemporary art during her undergrad at the Emily Carr University of Art and Design. From there, her interests grew.

Much of Dao’s art has cultural motifs behind it, such as a prior project done at Artspeak where she created a shell sculpture and radio to represent the pirate radio broadcast she had done that was influenced by her mother’s foreign accent improvement tapes. Despite being grounded in her culture, she’s very careful with how she represents it.

“There’s a conversation around ethical implication when using one’s identity to make artwork,” says Dao. “I’m very careful not to fetishize materials or history. I don’t ever want to feel like I’m exploiting a familial history in order to produce content.”

For Dao, her installations and sound experiences appear in a more general capacity so that there’s a level of access that can be reached by all. She explains that with generality, viewers can tap into their own subjective musings and find their own particular meaning. 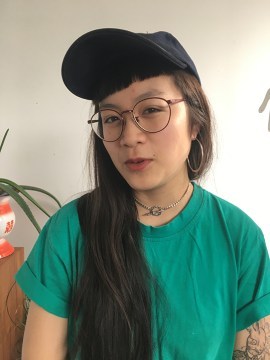 Dao’s residency at the Western Front will be from the spring and summer of 2017 and will culminate in a live public event of her project in the fall. Stepping away from creation and sculptures, Dao is planning a series of podcasts that she refers to as a sonic space. The sonic space will highlight emerging artists, cultural producers, and other community members within Vancouver who will share talents and respond to the precarious nature of affordable housing and affordable studio spaces in downtown Vancouver.

“It’s a space to promote conversation or discourse around emerging artists and producers,” Dao says. “Conceptually, it’s this idea of having a program as a space where people can talk about what they do and how their conditions and their surroundings in their cities affect their lives.”

Currently, Dao has eight people lined up to speak on her podcast. The first in the lineup is Yu Su, an electronic music artist who immigrated to Canada from China only four years ago. Part of the podcast program will have Dao and Yu Su speaking about art spaces within the city, Yu Su’s cultural transition from China to Vancouver, as well as doing a calisthenic workshop for invited guests. Like Dao’s own work that incorporates both structure and sound, her podcasts will invite guests whose unique sounds are a contributing factor to their identity.

“I would definitely like to continue my podcast [after residency]. I’m trying to apply for funding to make a documentary on emerging music and cultural scenes in Southeast Asia, which stems from the podcast series,” says Dao. “Second generation kids are doing things that wouldn’t be a traditional part of their culture: like trying to be an artist.” 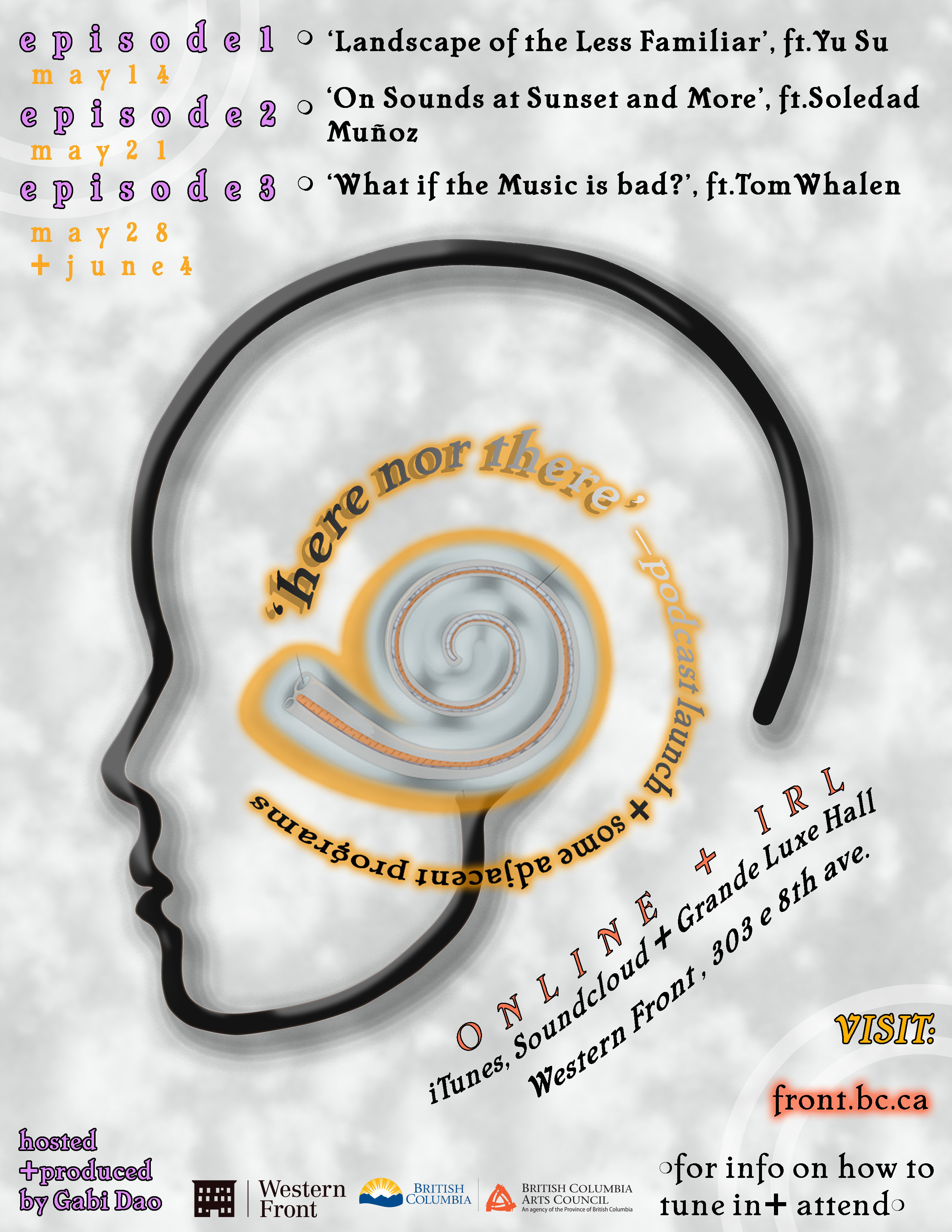 Gabi Dao is an artist based in Vancouver. Her work questions the condition of aesthetic experiences through installation based work, bringing together elements of sculpture, sound and lighting. Dao co-organizes exhibitions, readings, musical performances, and other happenings at the studio and project space DUPLEX. She completed a BFA at Emily Carr University of Art + Design in 2014. In 2016 she was a recipient of the Portfolio Prize award for emerging artists.

Here Nor There: on now at the Western Front

Gabi Dao
Here Nor There

Here Nor There is a new podcast series produced by Gabi Dao, current artist-in-residence at the Western Front's Media program, along with collaborators, guests and friends.

The first three episodes will be released every Sunday beginning May 14th, online and in the Grand Luxe Hall at the Western Front.

An interactive concert composed and led by musicians Yu Su and Scott Gailey. Space is limited, RSVP required at herenortherepodcast@gmail.com

The 9th of the concert series curated by artist and musician Soledad Muñoz, performances to be announced! Seating is limited.

A two part introductory workshop of production, recording and noise making with DIY sensibilities, guided by artist and musician Tom Whalen. Lunch served both days. No experience necessary but RSVP required at herenortherepodcast@gmail.com

About Here Nor There

Throughout this residency, the Western Front’s audio suite and green room have become the headquarters for Here Nor There production. The show invites artists, musicians, writers, curators, organizers and other cultural producers to speak about their work in the places they call home. The program seeks to be a platform for audibility, to facilitate dialogue and to provide an intimate space for listening. It uses and encourages ‘the episode as form’ and will mine the medium of the podcast as an accessible, horizontal platform in which those who consume content also have the ability to produce it. Here Nor There’s ‘slow-wave’ activity will culminate as an archive on its own website, the second wave will be announced some time later in the summer: stay tuned!

iTunes- search Here Nor There