Emily Carr University is pleased to share news of alumnus + Assistant Professor Raymond Boisjoly's selection as one of four international finalists for the 2017 Aimia | AGO Photography Prize, marking the 10th anniversary of Canada's most significant award for photography.

Co-presented by Aimia, the Canadian global leader in data-driven marketing and loyalty analytics, and the Art Gallery of Ontario (AGO), the Prize awards $50,000 to a winner selected by public vote. The four finalists will present their work in an exhibition opening September 6, 2017 at the AGO in Toronto. Voting begins in person at the AGO after the exhibition opens and on the Prize's website beginning on September. 13, 2017. 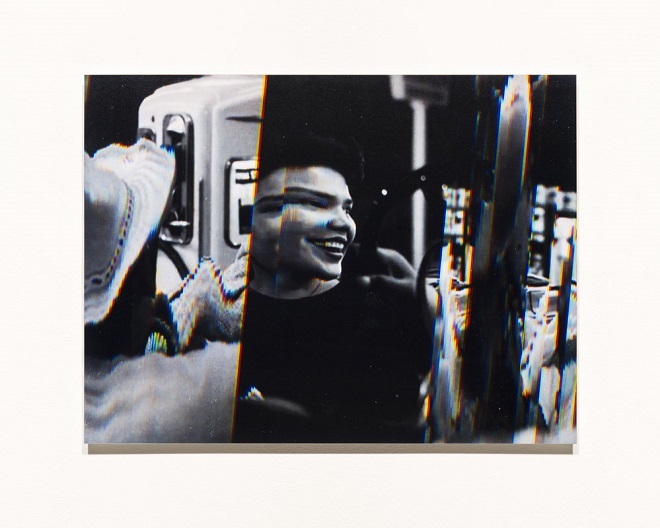 Thirteen international nominators selected a long list of 30 artists. From that list, a jury of three experts named the four finalists, each of whom have shown extraordinary potential. The jury was headed by Sophie Hackett, the AGO's Curator of Photography and included Ken Lum, artist, professor and Chair of the Fine Arts Department at the University of Pennsylvania; and Eva Respini, the Barbara Lee Chief Curator at the ICA/Boston.

"The jury was struck by the distinctly compelling character of each nominee's work," said Hackett, who will also curate the 2017 exhibition. "Though they are working in very different ways, each artist aims to transform and transmit a new understanding of the world we live in, through variations of digital image capture, experiences of blackness, and the relationship between indigeneity, language (both visual and verbal) and colonialism. I look forward to putting the nominees and their work in dialogue in the exhibition and through the various programs related to this year's prize."

In celebration of the 10th year of the Prize, Aimia and the AGO present a symposium in partnership with Aperture Magazine. The symposium, which will be held at the AGO on December 3 and 4, 2017, will feature curators, scholars, and artists (including past Prize winners and nominees) who will discuss the issues and ideas impacting the field of photography today. Details will be announced later this summer.

A commemorative publication will also be produced for the anniversary year, telling the story of the Aimia | AGO Photography Prize over the past decade. The book will showcase the extraordinary work of current and past nominees of the Prize, explore its scholarships and residencies, and celebrate the impact the Prize has had over 10 years. The book is scheduled to be released on Dec. 4, 2017, and will be available at the AGO.

Raymond Boisjoly is an Indigenous artist of Haida and Québécois descent who lives and works in Vancouver. He has exhibited extensively across Canada and internationally in both solo and group exhibitions. Boisjoly investigates the ways images, objects, materials and language continue to define Indigenous art and artists, with particular attention to colonial contexts. In 2016, he was a recipient of the VIVA Award, presented by the Jack and Doris Shadbolt Foundation for the Visual Arts in Vancouver, and is one of five artists shortlisted for the 2017 Sobey Art Award. Boisjoly is an Assistant Professor of Interdisciplinary Studio in the Audain Faculty of Art at Emily Carr University of Art and Design. He is represented by Catriona Jeffries Gallery.