Landon Mackenzie: We Don’t Have A Picture Yet- a film by Anthony Grieco

"Our finest artists challenge us to ask questions and to look deeper into our surroundings, to think more critically and to better appreciate beauty. I'm delighted to recognize this outstanding group of Canadian artists in this, Canada's 150th anniversary year."

An abstract painter whose monumental canvasses provoke new considerations of time, space and motion, Landon Mackenzie’s work is collected in prestigious museums across the country, including the National Gallery of Canada, Montreal’s Museum of Fine Arts, and the Vancouver Art Gallery. Landon began teaching visual arts at Emily Carr in 1986 and was appointed full Professor in 2008.

We congratulate her on this prestigious and well-deserved award.

The awards ceremony and presentation of the medallions by His Excellency the Right Honourable David Johnston, Governor General of Canada, will take place at Rideau Hall on March 1, 2017. For complete details, please visit Canada Council for the Arts. 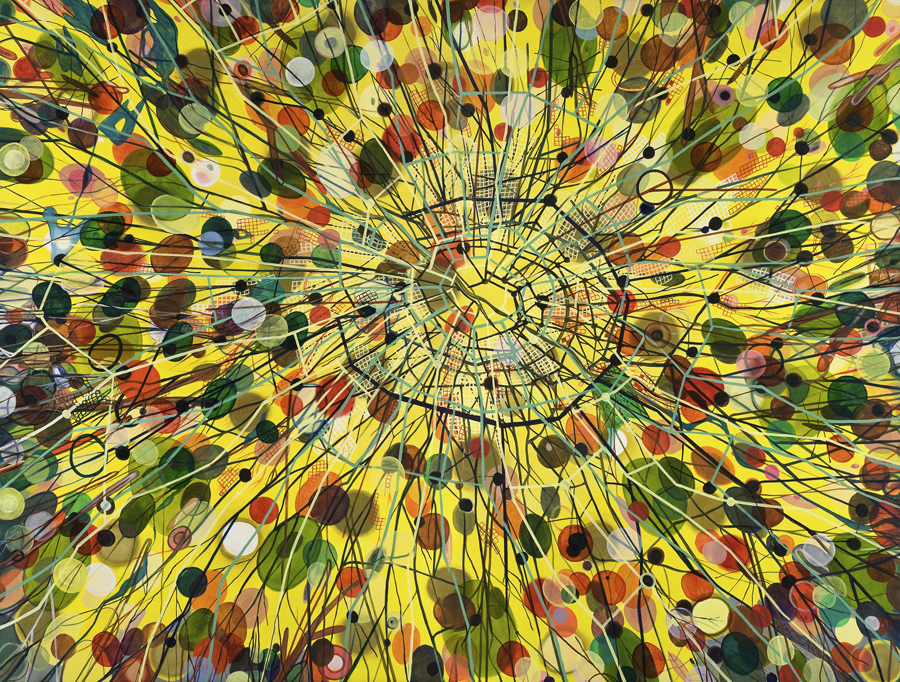 Landon Mackenzie has built an impressive body of work and is known for her rigorous large-format paintings. Her work has been exhibited in over 100 exhibitions across Canada and internationally, and is collected by museums including the National Gallery of Canada, Montreal Museum of Fine Arts, and the Vancouver Art Gallery to name a few. Based in Vancouver, she is an influential educator at Emily Carr University. She studied at the Nova Scotia College of Art and Design (NSCAD), Halifax (1972-1975), and Concordia University, Montreal (1976-1979) and has been honoured with numerous awards including the Governor General's Award in Visual and Media Arts in 2017.