Established in the 1890’s, Vancouver’s Chinatown, once one of the oldest and largest Chinese neighbourhoods in North America, has seen radical decline over the past decade.

Food assets which long-time residents rely on are disappearing with culturally incongruent retail shops and an increasing number of residential developments taking their place. While developers and city planners claim that greater density in the neighbourhood will help to support local businesses, this has not necessarily been the case with long-established food-based retailers. With many of these businesses catering to a primarily Asian audience since their inception, attaining a new clientele has not been an easy task.

This past August, the Hua Foundation, a youth-driven nonprofit based in Chinatown, whose mission is ‘to create and support community-based solutions that honour our individual histories and collective heritage to strengthen our community’s capacity for social change’ released the Vancouver Chinatown Food Security Report. The report cites an alarming drop among food-service retailers, from 36 in 2009 to just 16 in 2016.

Sessional faculty member (and ECU alumna) Amanda Huyhn's Industrial Design Core Studio class invited students to think critically about utilizing food design to bridge the gaps between different cultures and generations that reside within the neighbourhood with her project, Window. 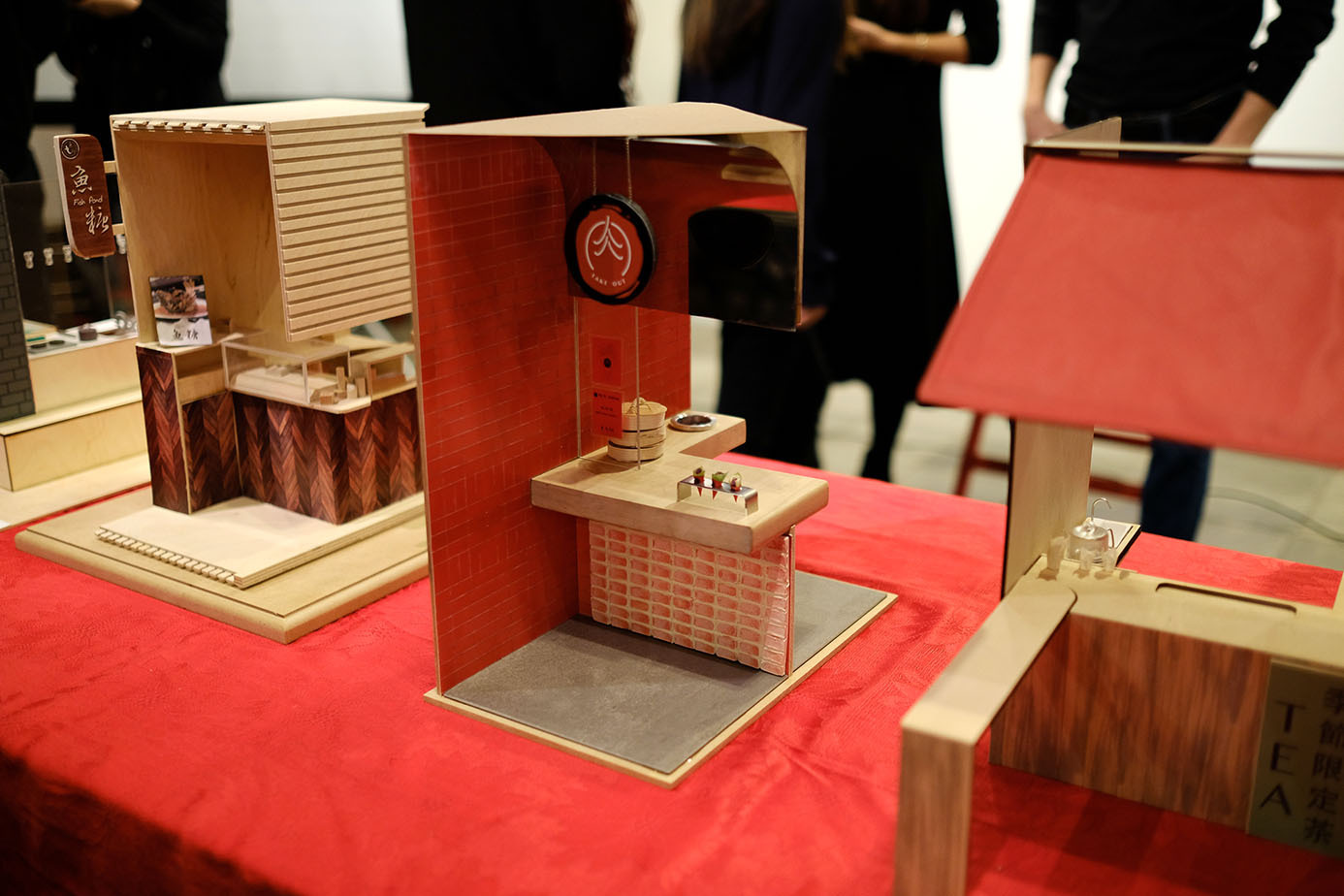 Within the class, groups of students were assigned to one neighbourhood cultural food asset. In this instance, a greengrocer, a barbeque meat shop, a fishmonger, and an apothecary/dried goods shop. Drawing from existing Hua Foundation projects, students were tasked with researching the history of the businesses, what foods were sold, how and why these cultural foods assets had been established, as well as difficulties and threats businesses had endured over the years.

Students were asked to think about how the visual design, service design and eating experience could connect participants with the history of their particular food asset, and how they could capture the spirit of Chinatown. The project had to reference Chinatown’s past, but also be shaped to move these food assets into the future.

Based on their research, students then designed a physical space that envisioned storefronts that included a street-food style window that would fit within the context of the store. The aim — to be more inviting to new residents. The food items served also had to convey a story of origin and connect to the food story of Chinatown and Vancouver. The final project deliverables included scale models of the window design, as well as prototypes of food packaging.

The class culminated with a packed house presentation and exhibition at Dr. Sun Yat Sen Classical Chinese Gardens on November 9. The final concepts are proposals for ways to contribute to the economic, ecological and cultural sustainability for the future of Vancouver’s Chinatown.

“Students came in with preconceived notions of what these stores were about,” says Amanda Huynh. “But ultimately, they built their own relationships with Chinatown.”

Amanda Huynh is a Vancouver-based product & food designer with a focus on community-building and sustainable design. Amanda’s design career has allowed her to work across a variety of sectors in Bali, Shanghai, and most recently, London, England.

Amanda earned a Bachelor of Design (Industrial Design) from Emily Carr University of Art + Design in 2009 and worked as a professional designer for several years before pursuing a Master's in Food Design from Scuola Politecnica di Design in Milan, Italy. She is a co-founder of the Fieldwork design collective in Vancouver.