Members of the ECU community who entered through the east entrance on Thursday were treated to an installation-in-progress by MFA student Carlyn Yandle. She spent four hours on an elevated platform, wrapping the Emily Carr wordmark in yarn. Her work was documented by Caitlin Eakins, administrative assistant in the Jake Kerr Faculty of Graduate Studies.

"The new Emily Carr building, unlike the Granville Island campus, is at the beginning of its history of student activity. I wanted to contribute to some of that by fuzzying up the east entrance metal sign with a cozy, as the temperature plunges," explained Carlyn. 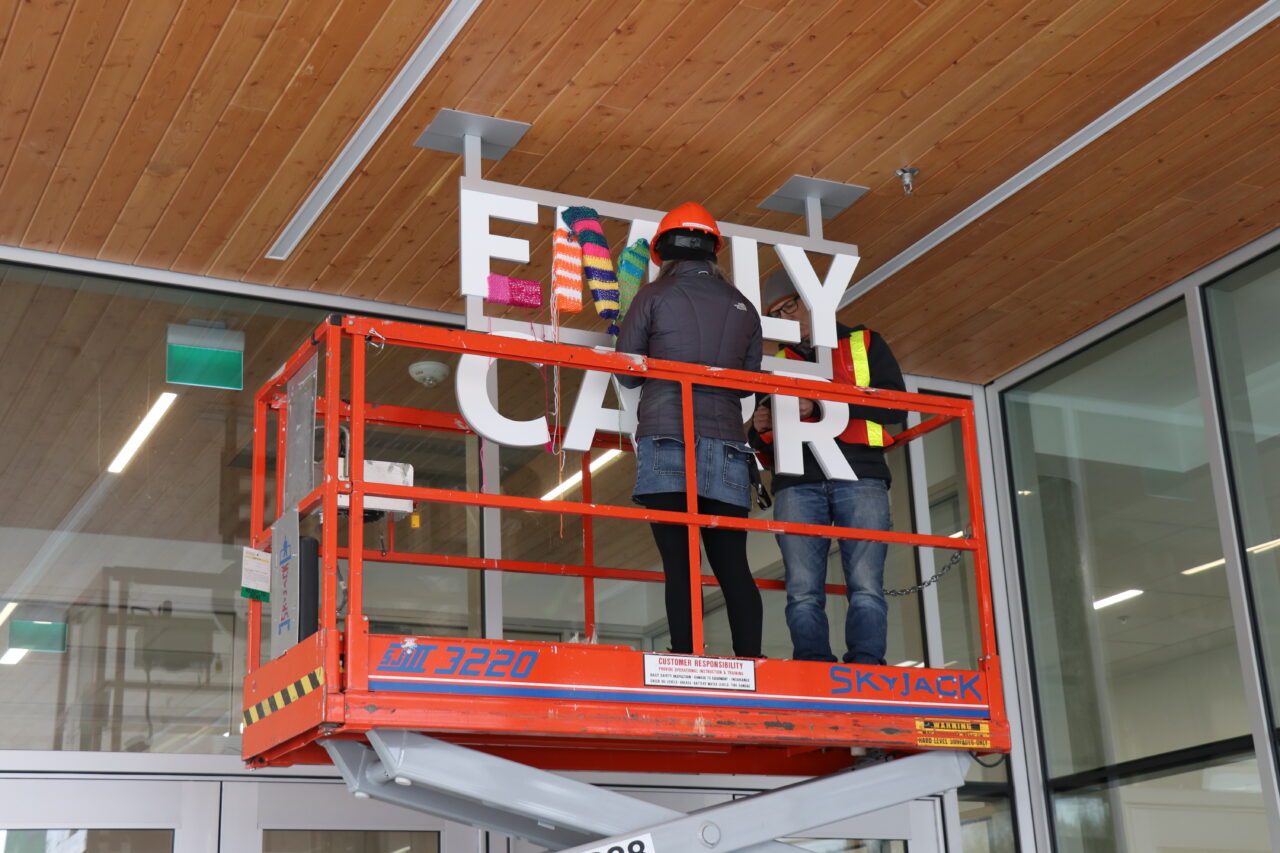 Textile interventions in the public sphere have a way of provoking polarizing response. Some love the often-chaotic hand-wrapping of colourful fibre; others view the crafty messing with architecture with disdain. I liked the idea of having to wear a hard hat and working for four hours in a Skyjack (in the mode of construction workers in the immediate vicinity of this rapidly changing city) to complete my knitting job.

Carlyn's work can be found on social media, where she describes it as "a way of connecting with maker communities."

Learn more about this project, and her creative practice, by visiting her website.