But her passion for putting charcoal to paper belies a rocky start with drawing as an artistic practice — in fact, she used to avoid drawing entirely.

Hearing Fiona speak nowadays, it’s instantly clear that her relationship to her subjects — animals she has lovingly and carefully chosen after meticulous research into their habits including diet, habitat and behaviours — is as ardent and resolute as her convictions regarding the power and versatility of her materials.

“I don't think a lot of people use charcoal the way I do,” she said in a recent interview, ahead of a Sept. 5 artist’s talk at the Surrey Art Gallery, entitled “Drawing Without Fear.”

“I use a lot of big charcoal sticks and charcoal powder, and a lot of time I use the eraser as a drawing tool. Especially in the large-scale drawings, especially for details. It's going to be interesting for people [at the Sept. 5 artist talk] to see the potential of the charcoal drawing. Because a lot of people see a charcoal drawing as a sketch.”

And where many art exhibitions will focus on mediums more typically regarded as “finished,” Fiona says she’s determined to demonstrate how drawings deserve the same respect and carry the same gravitas as any painting or sculpture.

"Usually people think of charcoal drawings as life-drawing materials; quick sketches, live studies, stuff like that. But not as a complete artwork. So I want to empower people to embrace the material as one that's as important on its own as any other art material.”

But it’s only after establishing her fervent advocacy for drawing that Fiona reveals how, as a student artist, she wanted nothing to do with it.

“Sometimes you just need to go and make that first mark."

Before her time at Emily Carr University, her passion was ceramics, she says, until an allergic reaction to the materials she was using forced her to rethink her art practice. She then turned to painting, finding drawing to be a mystery she couldn’t unlock.

“My [former] teacher would tell me ‘You need more interesting lines, your lines are so boring, your lines are flat.’ I thought, ‘What is he talking about?’ I never understood him. And that led me to feel very discouraged and develop a little bit of a grudge toward drawing,” she says.

But all that changed when she was admitted to Emily Carr. That summer, Fiona’s drawing teacher, ECU Associate Professor Lucie Chan, assigned her a pre-semester task: fill out an entire sketchbook with drawings in the month before class begins.

Realizing she couldn’t possibly fill a sketchbook in such a short period of time using only pencils and pens, Fiona turned to charcoal — at that time an old foe, which she viewed as a messy mark-making tool that frustrated her attempts to exert tight control over it.

“But I thought, you know what, I'll give it a try again,” she says.

“I went through my sketchbook, and day by day my marks got looser and looser, and they become much more gestural. I started caring less about the form or the intensity of detail, and instead I tried to capture the essence, or the spirit, or the movement of something. The drawing would still suggest what the object is, but with very minimal marks.”

When she showed the sketchbook to Lucie, Fiona says, she landed her first kudos for charcoal work.

“Lucie said, ‘Oh I love these gestural drawings, I love the marks, they have really interesting lines, marks,’” Fiona recalls.

“At that second, I clued in to what my [former] drawing teacher had wanted me to do. What Lucie said really lifted my soul and encouraged me to pursue my passion in drawing. Because I finally got it, and I fell in love with charcoal in her class, with gestural drawings.”

And she’s never looked back.

Now, Fiona wants to pass along the lessons she’s learned to others who might be feeling hesitant about establishing art practices of their own.

“I do a lot of research leading up to that point, and even when I know exactly how I want it to turn out, the first mark is still always the hardest for me.”

Her hope, says Fiona, is that hearing someone confirm the legitimacy and ubiquity of feeling conflicted about starting a new artwork will encourage people to simply take a deep breath, and dive in. 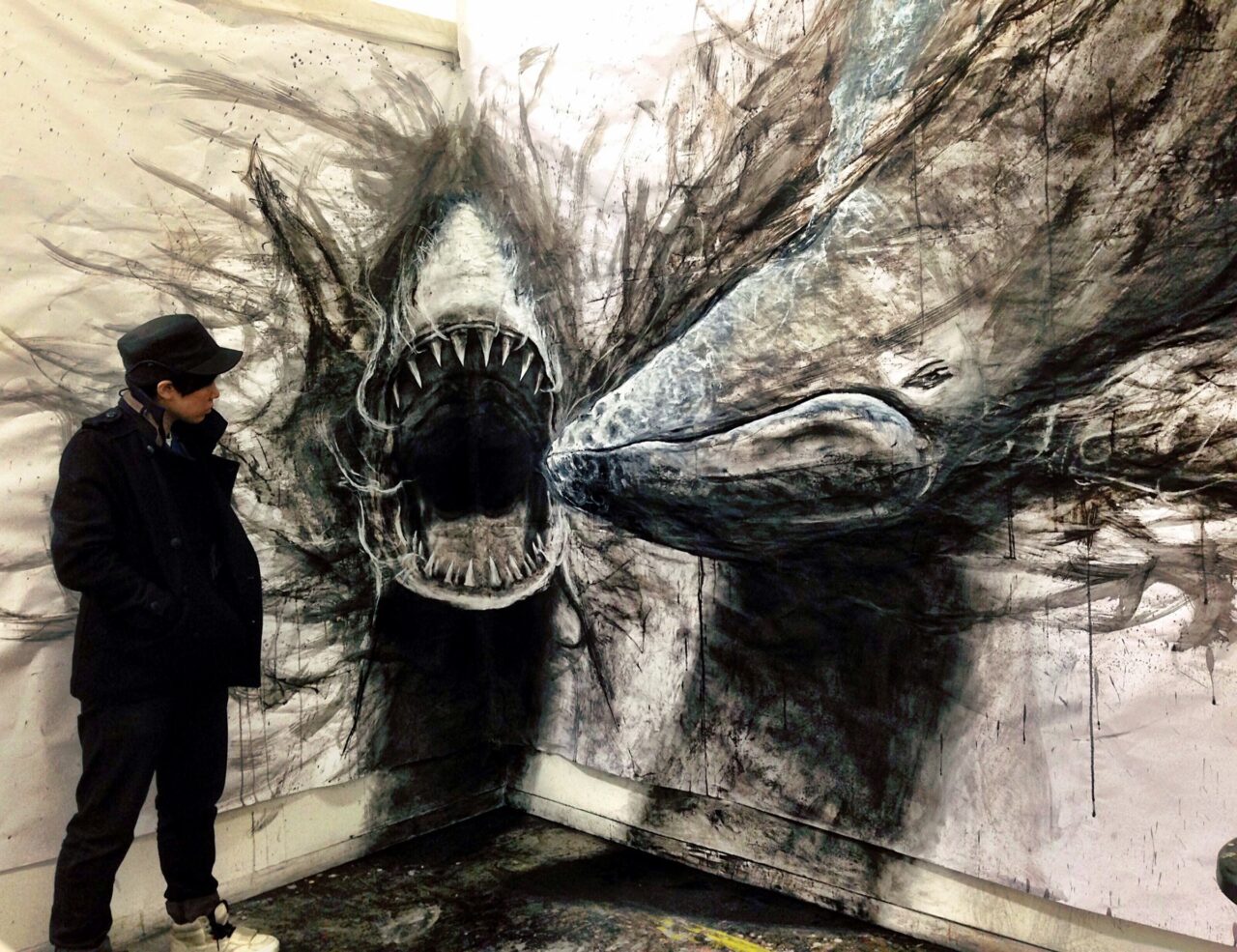