Char Hoyt (BFA, 2019) is a visual artist, as well as a curator who founded the Vancouver-based non-profit Curiosity Collider Art-Science Foundation that is putting on an arts and science festival, Collisions Festival this November. To see more of Char’s work, you can follow her on Instagram through @chardotcalm and @clhoytartspace as well as visit her website. To keep up with Curiosity Collider, check it out on Instagram, Facebook, the web, and the special festival page.

WHO ARE YOU AND WHAT DO YOU DO?

My name is Char Hoyt and I am a Vancouver-based professional artist and curator. I graduated from Emily Carr University in 1997 with a Diploma in Fine Arts and completed my BFA in 2019 with a Curatorial Minor. Around 2007 I discovered a love for science and have used my paintings to explore some of the deepest mysteries of modern physics. I have expanded and honed my project management skills in the local film industry working as a Production Designer and Art Director on various projects since 2011. In 2015, I gave a public talk about the merger of art and science in my work. This pivotal moment led to my role as a co-founder of the Vancouver-based non-profit Curiosity Collider Art-Science Foundation that same year.

As the lead curator and creative director for the Curiosity Collider, I enjoy challenging myself to create new experiences for diverse audiences that communicate my passion for the connections between the worlds of art and science.

Artists create connections and encourage empathy which can inspire others to look closer at the world around us.

WHAT ARE YOU EXCITED ABOUT IN YOUR PRACTICE RIGHT NOW?

At the moment I am most excited about my curatorial work for the Curiosity Collider Art Science Foundation, our first annual Collisions Festival is being held at VIVO Media Arts Center, November 8, 9 & 10th. It’s a three-day interactive festival with this years theme being Invasive Systems, where artists and scientists have come together to explore the delicate and complicated nature of how both living and inanimate things escape their boundaries and impact our lives and environments.

There are 6 artwork installations in the show created by individual artists and 3 by artist and scientist collaborative teams. There is a workshop for people interested in how music theory and DNA can converge to create an artwork through learning the basics of DNA bar-coding and data sonification. There is an opening event on November 8th 7-10pm that will feature a performance by sound artist and composer Edzi’u called The Moose are Life. With curatorial tours and discussions scheduled over the weekend this festival is jam packed with engaging and interactive experiences that will encourage attendees to recognize the invasive systems in our world.

Once the festival is over I am looking forward to focusing on a new oil painting series based on the many worlds interpretation in quantum mechanics.

WHAT ROLE SHOULD CREATIVES/CREATIVITY PLAY IN THE COMMUNITY?

I think creatives play a huge role in community building and most importantly in bridging diverse communities. Artists create connections and encourage empathy which can inspire others to look closer at the world around us. 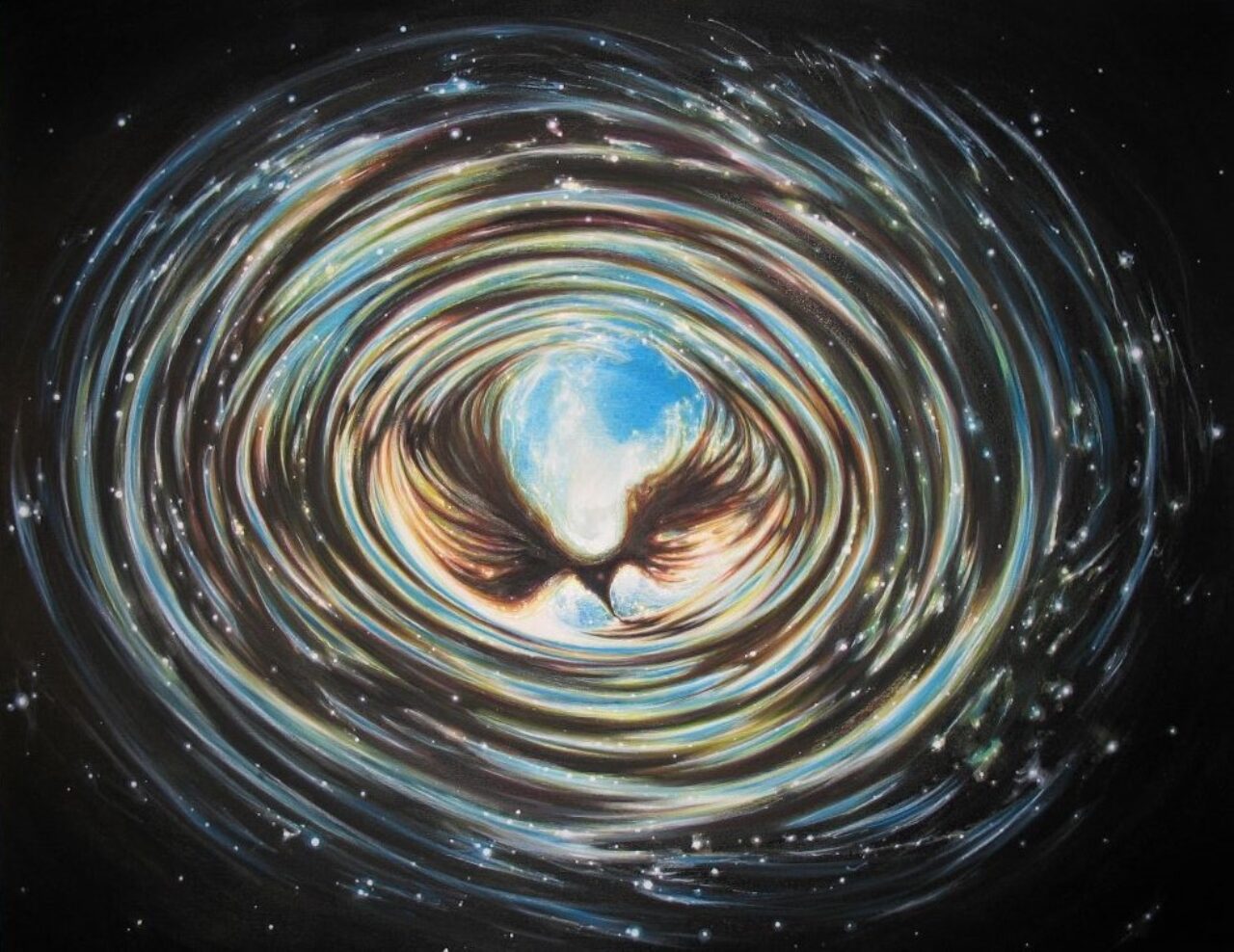 Image courtesy of the artist.
'Phoenix' by Char Hoyt

WHAT’S THE MOST USEFUL PIECE OF CAREER ADVICE YOU’VE RECEIVED AS A PRACTICING ARTIST/DESIGNER?

It’s not your place to judge your own work – only to make it – let others do the judging, just stay true to your individual voice and block out everything else.

HOW HAS YOUR PRACTICE EVOLVED SINCE GRADUATING?

It has evolved in so many different and unexpected directions! I have learned that I am a creative generalist, I like to explore different subject matters and mediums and have let my practice evolve and change over time. Although I always come back to oil painting, I just don’t expect myself to create the same painting over an over again. I never thought I would end up curating but it has turned out to be very fulfilling and a great way for me to get out of the studio and collaborating with others.

WERE THERE ANY PROFESSORS OR CLASSES THAT INFLUENCED YOU?

Back in the 90’s when I first studied at Emily Carr I learned the most from my 2nd & 3rd year drawing instructor, Carel Moiseiwitsch. I thought I knew everything about drawing and that my line was perfect. Ha! She quickly broke me down and forced me to relearn everything. I became a much better artist for it. When I went back in 2018 to finish off my degree, I was pretty intimidated by the schools new university status and the fact that I had been out of the classroom for so long, but my concerns soon disappeared because of the support and guidance of instructors like Cameron Cartiere (Curatorial Practices). She was so encouraging and helped me use my real world experience to benefit my classwork. 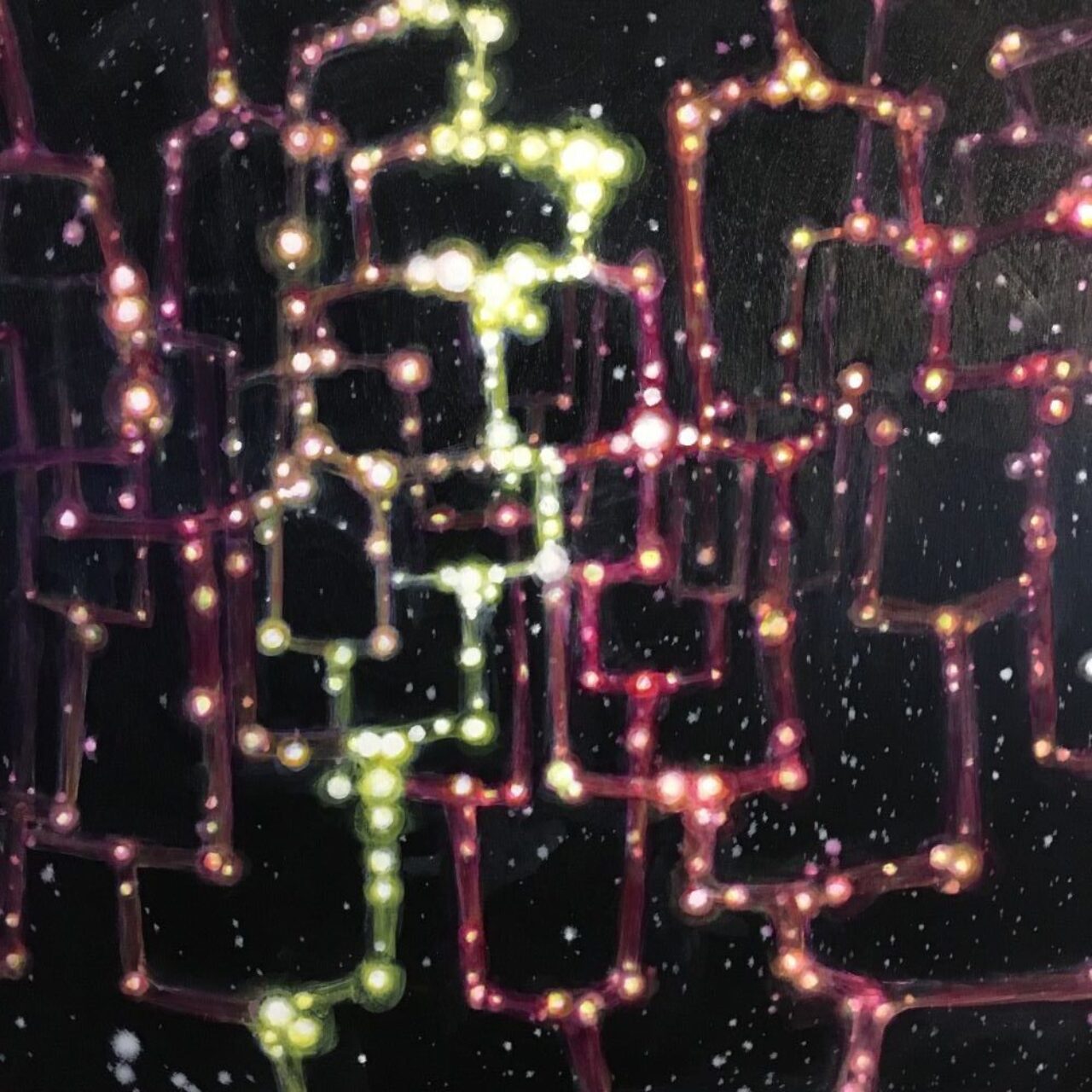 Image courtesy of the artist
'Many World' by Char Hoyt