Jesi's thesis work, selected for this latest prize by popular vote, was previously selected in June by Core 77's Built Environment jury as the Student Runner-Up from among hundreds of finalists for "outstanding execution, insight, creativity and intent." Built Environment is a category encompassing "spatial design as it relates to physical interiors, exhibitions or installations, either permanent or temporary, for private, public, commercial or industrial purposes."

Core 77 is an annual celebration of design excellence led by Core77.com, an online publication and community for industrial designers at all stages in their careers. Established in 2011, their Core 77 Design Awards honours both students and professionals in 19 categories of design.

All the winners and notable projects can be seen here. 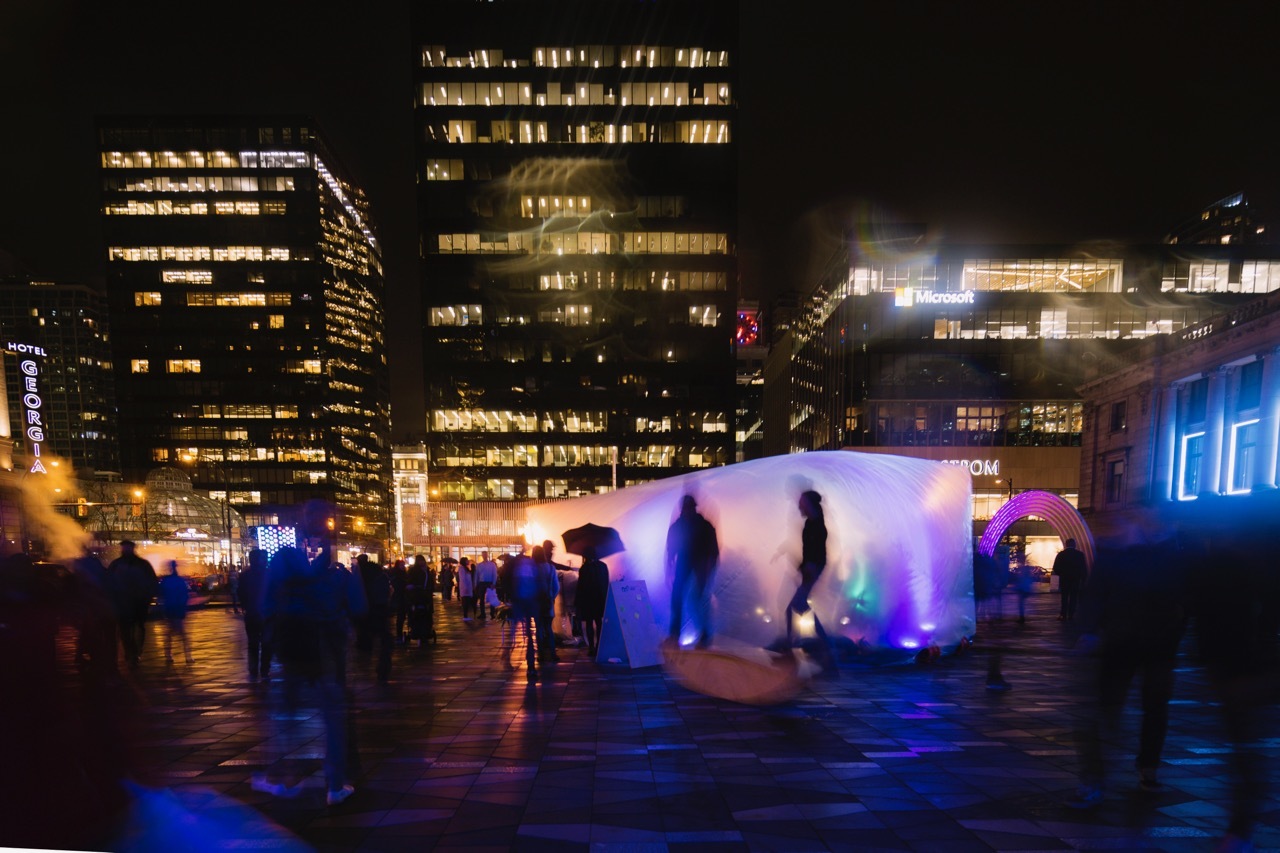 Citizen Spaces was developed as Jesi's MDes thesis collaboration. It was grounded in the concept of the "right to the city," coined by French philosopher Henri Lefebvre, in response to the displacement and privatization of public urban spaces under capitalism. As cities are transformed by development and gentrification, citizens experience an erosion of affordability, eradication of cultural zones, and displacement. The "right to the city" asserts that there is a common public right to these urban centres, that depends on a collective community power to reshape urbanization processes.

Jesi's thesis addressed the question: How do initiatives of grassroots participation and art and design activism help citizens reclaim their right to the city and promote localized collective empowerment?

She launched experimental projects in four cities to explore this question, in collaboration with local community groups.: Madrid; Kingston, Jamaica; Montreal; and Vancouver. Her final experiment, in Vancouver, took the form of a public space activation in partnership with the Vancouver Design Nerds Society called the Vancouver Bubble.

"Through this experiment we exercised our own right to the city, transforming an underused site into a citizen space by creating opportunities for dialogue and youth engagement within a temporary intervention of design activism," explains Jesi in her submission. The Vancouver Bubble is an inflatable design that fosters community engagement, dialogue and connectedness, with the goal of empowering collectivity and creating positive social change.

Jesi Carson is a design researcher and interaction designer. She is currently the Lead Designer & Communities Coordinator for Participedia. See more of her work and projects on her website.