Nicole Preissl (BDes, 2019) was born and raised in Burnaby but is Sto:lo from Leq'a:mel first nation. Her great-grandmother was Squamish from X̱wemelch'stn and great grandfather from Katzie. Nicole is an active alumna and Emily Carr community member, passing on her knowledge to others through workshops in the Aboriginal Gathering Place. Recently, Nicole took part in a PechaKucha themed around plants.

“A faculty member, Amanda Huynh, recommended me,” shared Nicole. “I had done an indigenous land and plant walk for her class in the fall.” The talk could be on anything as long as it related to plants. Presenting at PechaKucha is an art form all on its own. The format is specific – 20 seconds x 20 slides.

This style takes a lot of practice, but Nicole is really grateful for her classes at Emily Carr that used the format for her design presentations. “You have to memorize it to keep on track with the slides, and I found that the faculty here was stricter on timing than the actual PechaKucha night,” laughs Nicole. “They really wanted us to excel at this style of presentation so they pushed us to flow with the slides. I really knew what I was in for as a result.” 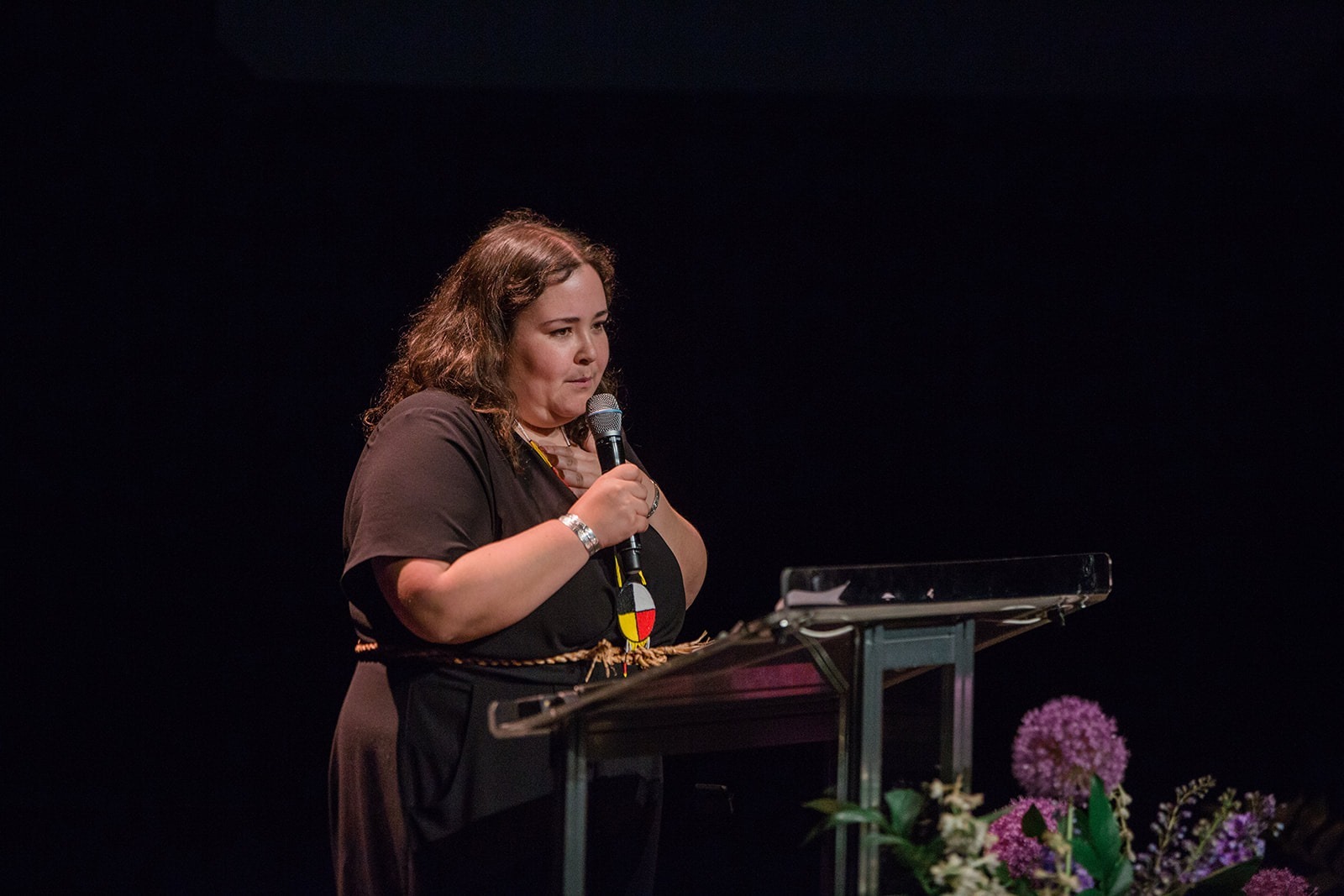 Photo credit: THIS IS IT STUDIOS

What was it like? The emerging explorative designer said it was incredible. “It was really an amazing opportunity,” shared Nicole. “But if I’m being honest, it was one I was really nervous about.”

Nicole is not someone you think would get nervous when it comes to public speaking. She has years of experience under her belt starting as a child. “I had cancer as a child so I ended up doing a lot of public speaking for the Canadian Cancer Society,” said Nicole. “I’ve spoken at a donor event at Emily Carr as well. While I have all of this experience, I had never spoken in front of that many people before.” The Vancouver Playhouse seats over 600 guests and most of those seats were full.

“I had been to the Playhouse before and remembered it very small,” laughed Nicole. “There were at least five hundred people in those seats.” Nicole presented second and found out the day before what the lineup order was. It was intimidating at first, but Nicole has a tip: “With public speaking, you almost have to take a leap of faith. Remember that you know your material and what you are talking about,” says Nicole. “If you remember that, your confidence will come out when you’re speaking. Trust your heart.”

What was really special was watching other people present. “I loved seeing all the other presenters going up,” said Nicole. “First, it’s this moment where you realize we’re all geeking out over plants – but also, they all deal with nerves as well. It’s really an incredible community. The whole room was so welcoming.” 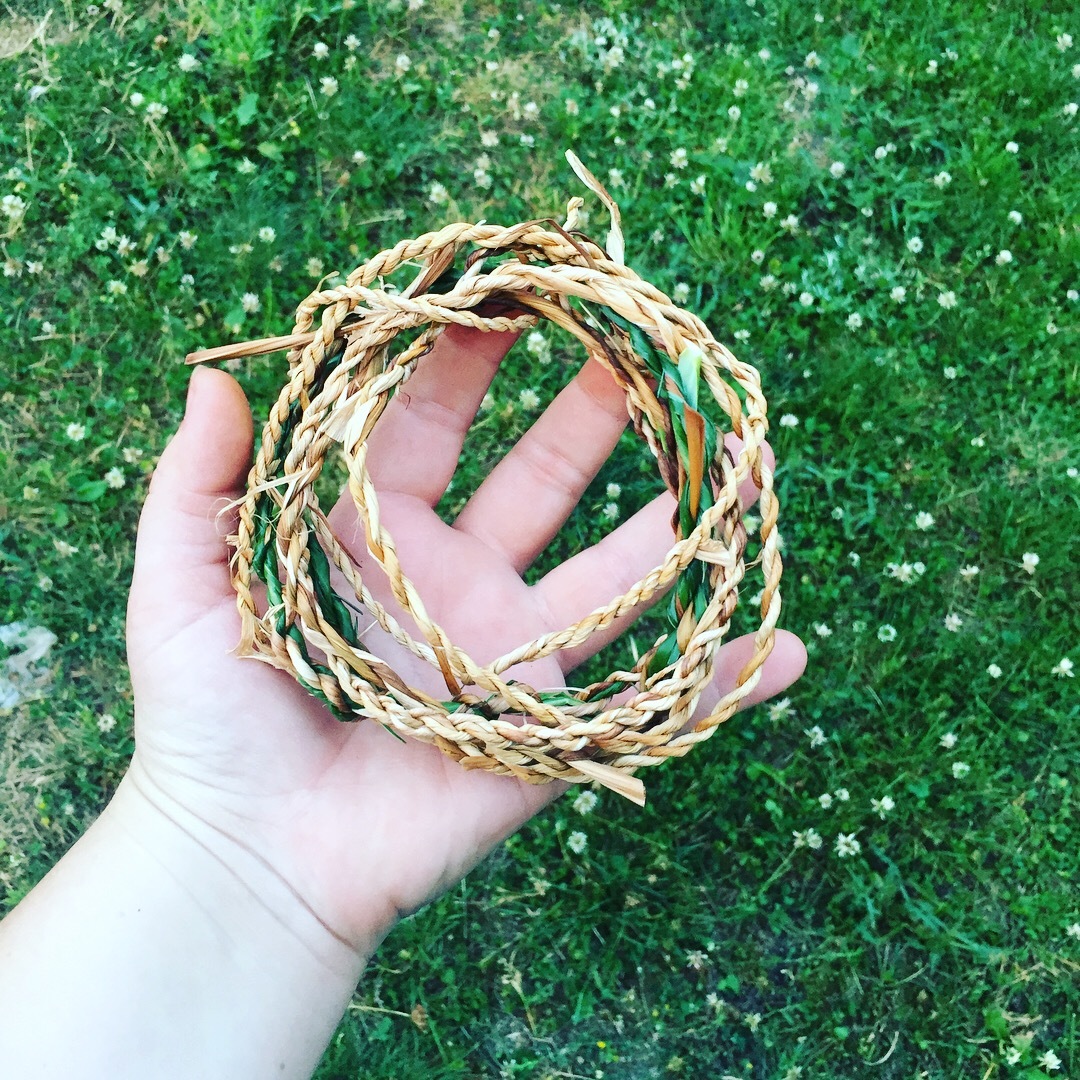 If you’re reading this and feeling like you could never get up in front of hundreds of people and present, Nicole has some ways to prepare yourself for your own big moment with public speaking.

Knowing that anyone who is going to speak publicly is nervous. “Everyone has been in the position you’re in,” says Nicole. “They know how you feel”

You’re not being judged as harshly as you think. “It’s a good thing to keep this in mind. You always think everyone is critiquing you,” says Nicole. “But you don’t look nearly as nervous on stage as you feel.”

Remember to take pauses. “Pause, remember to take breaths,” said Nicole. “You can always take a moment to slow down to remind yourself of your words to avoid using fillers such as ‘um’.”

Start your own presentation night. “Get together with other designers and artists to present on silly topics,” laughs Nicole. “It’s great practice, especially if it’s something that you struggle with. You can get the format down and have some fun. It’s also a great time to practice eye contact across the room.”

It looks like Nicole may be giving some more talks in the future. “As much as I get nervous about public speaking, I really love it,” shares Nicole. “It is such a challenge and accomplishment to speak in front of that many people.” She would also like to champion other people in her community to present at upcoming PechaKucha events. “It was really cool to talk about my culture and my traditions,” said Nicole. “Within the indigenous community, there are people doing some really special work and I’d love for them to be able to share it like I was able to.”

Nicole Preissl is an explorative designer who uses natural materials to influence her work. From both Sto:lo and Squamish decent, she began introducing traditional artistic customs into her practice as a means of connecting to her culture. She does this by passing along sacred teachings from elders and community members alike while introducing people to natural ways of making with indigenous materials. She graduated from Emily Carr University in the spring 2019 and is looking forward to continuing her work with the community.