Loretta Todd, IM4 Operations Manager Colin Van Loon and Project Coordinator Alannah Mandamin-Shawanda, were invited to attend the BC Tech Summit to share the work of IM4. Colin spoke on a panel as part of the Summit's Youth Innovation Day, and Loretta spoke as part of the "Ones to Watch" event. The IM4 team was also exhibiting in the Indigenous Regional House.

The IM4 exhibitor table featured a VR headset for visitors to check out. "We wanted to show something simple yet effective so we chose to show a piece of 360 video called Ants!" said Colin. "This 360 video was created by a group of youth at the workshop we hosted with the Fraser Region Aboriginal Friendship Centre Association on March 5 + 6. 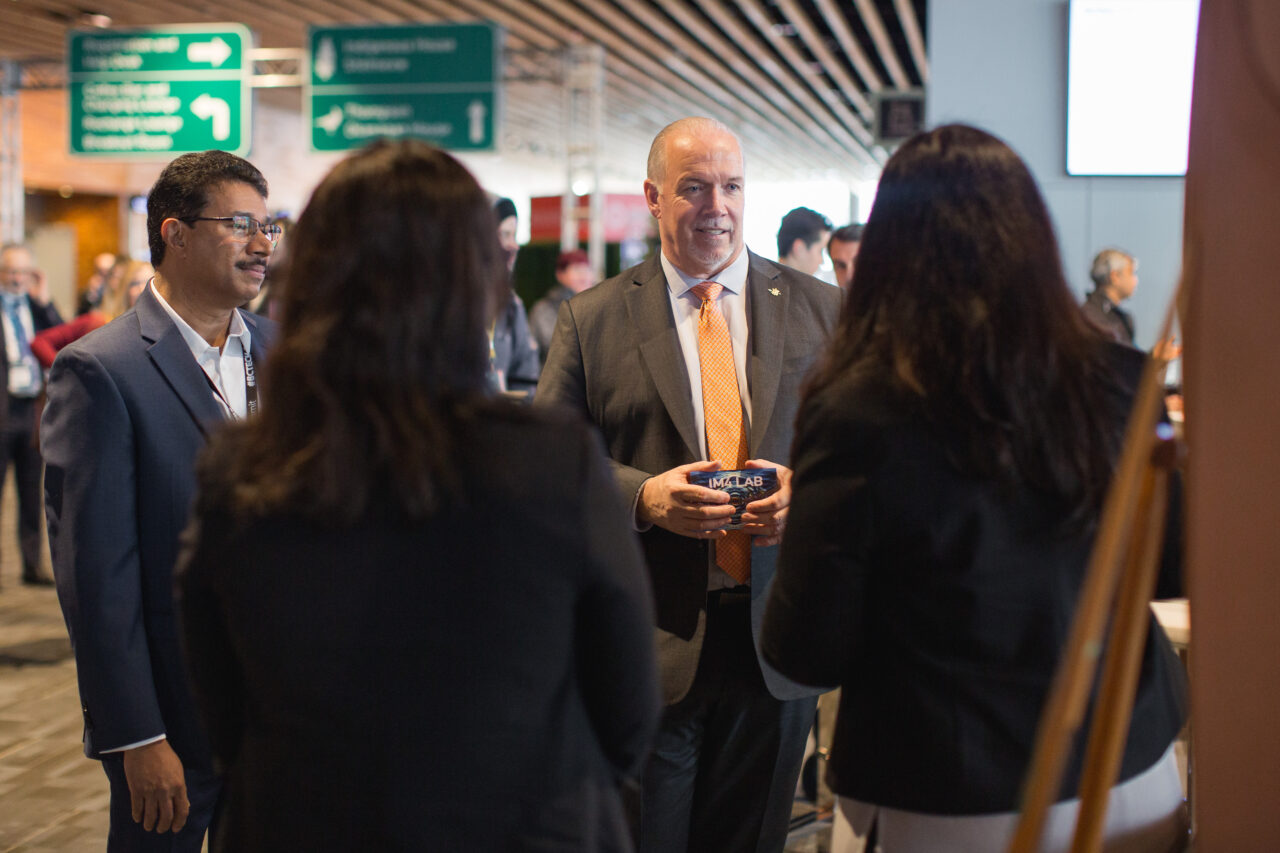 BC Premier John Horgan was one of the Tech Summit attendees who dropped by their exhibitor table to try out the headset and learn more about the IM4 project.