Internationally celebrated multidisciplinary artist Rebecca Belmore is the subject of one of the latest episodes of CBC arts program In The Making.

Over 22 minutes, Rebecca takes viewers through her stunning, expansive catalogue, including performance, video, installation, sculpture and photography. Much of the work featured in the episode is part of a current, major solo retrospective exhibition, entitled Facing the Monumental.

On In The Making, she traces her artistic development from her early days in Thunder Bay, ON, where her family lives, and where she says she found her voice as an artist. She returned there as a young woman in 1987, following an experience at art school in Toronto where she recounts being asked by a professor, “Do you think your Indianness will get in the way of your becoming an artist?”

“At that time, I decided that maybe it’s just best if I go home and use my own community — like, my own Native community — as an audience,” she tells In The Making host Sean O’Neill.

A member of the Lac Seul First Nation (Anishinaabe), Rebecca would become the first Indigenous woman to represent Canada at the Venice Biennale. Nowadays, she is one of the foremost visual artists practicing anywhere in the world.

In 2018, Rebecca received an honorary doctorate from Emily Carr University of Art + Design.

"I think we need beauty in the world. At the same time, I think it’s important to look at things that are the opposite. Difficult, awful things that happen. And I hope that people are able to see both. The beauty and the ugliness of how we are as human beings.”

Her powerful artwork has fearlessly and consistently addressed the personal, the political, and often both, with characteristic insight, earnestness, nuance, wisdom and care. The Oka Crisis, revelations around Indigenous deaths attributed to the Saskatoon police’s horrific "Starlight Tours," Missing and Murdered Indigenous Women and Girls, and issues around the intersection between education, community, family, Indigeneity, trauma and racism have all figured into Rebecca’s oeuvre.

“Is your art trying to change the world?” host Sean O’Neill asks Rebecca toward the end of the episode.

“No,” she responds quietly. “Just make sense of it.”

In The Making notes that a work installed for the first time by Rebecca in Saskatoon during the filming of the episode — a collaborative ice sculpture featuring the surname of Neil Stonechild, a 17-year-old Indigenous boy who froze to death after being dropped outside city limits at night by Saskatoon police in midwinter — was vandalized after the opening of Rebecca’s exhibition. She subsequently decides to remove the work.

“I think as an artist I feel free. Free to speak. Free to say things,” she says later, in a voice-over.

“Hopefully, people who come to see work in museums or see work out in public space have a moment where they can think about all the things that affect us. I think we need beauty in the world. At the same time, I think it’s important to look at things that are the opposite. Difficult, awful things that happen. And I hope that people are able to see both. The beauty and the ugliness of how we are as human beings.” 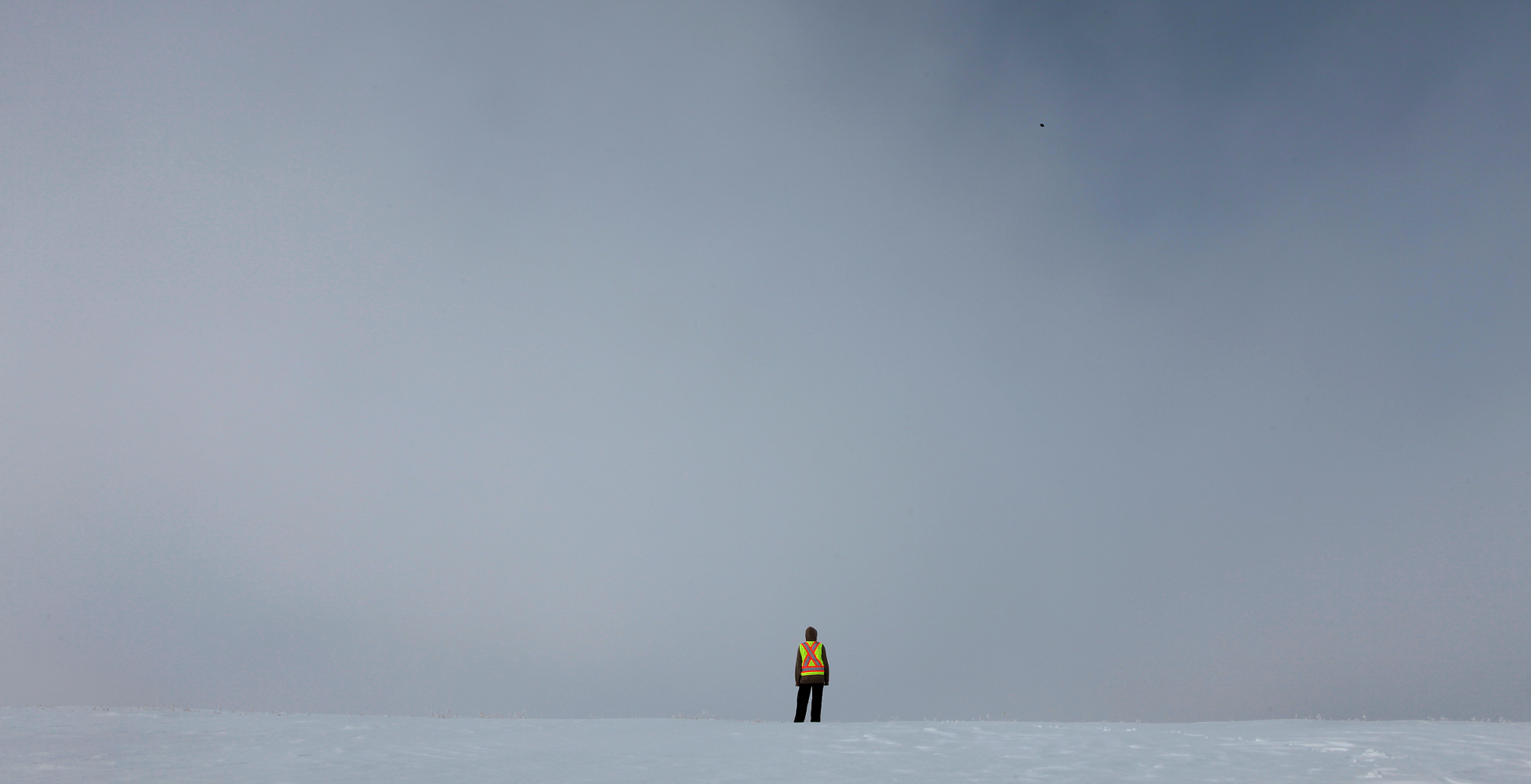