Too often, conversations around energy and the environment are framed as binary, says Ruth Beer, Professor in the Faculty of Art and Faculty of Graduate Studies at Emily Carr University of Art + Design.

An energy project such as a pipeline or resource extraction site is deemed either to be a good thing because of its potential economic benefit, or bad because of its environmental impact. But such framing elides the truth of the matter, which is far more nuanced, Ruth says. This is especially true for those remote communities which find themselves at once economically dependent on the energy industry and profoundly impacted by climate change — such as communities in the circumpolar North.

“It’s not black and white,” she says. “It never is. It’s multifaceted and complex.”

Ruth should know. As an interdisciplinary artist, educator, researcher and mentor, she has been studying this issue and producing related artworks for several years under the banner of research creation projects such as Trading Routes: Grease Trails, Oil Pipelines and Catch and Release: Mapping Stories, federally supported by the Social Sciences and Humanities Research Council of Canada (SSHRC). She believes finding new ways to frame issues around energy and the environment is of urgent importance, particularly as the impacts of climate change become increasingly severe, and are felt by a greater diversity of communities and interests.

To that end, Ruth was recently awarded a highly competitive SSHRC Insight Grant to lead a four-year research creation project entitled Shifting Ground: Mapping Energy, Geographies and Communities in the North, which aims to broaden conversations around resource extraction, energy transition, environmental and social change in rural and remote regions. The project brings together a team of accomplished and emerging Indigenous and non-Indigenous researchers, artists, curators and writers to work with local artists and community partners in Finland, Alaska and the Yukon. 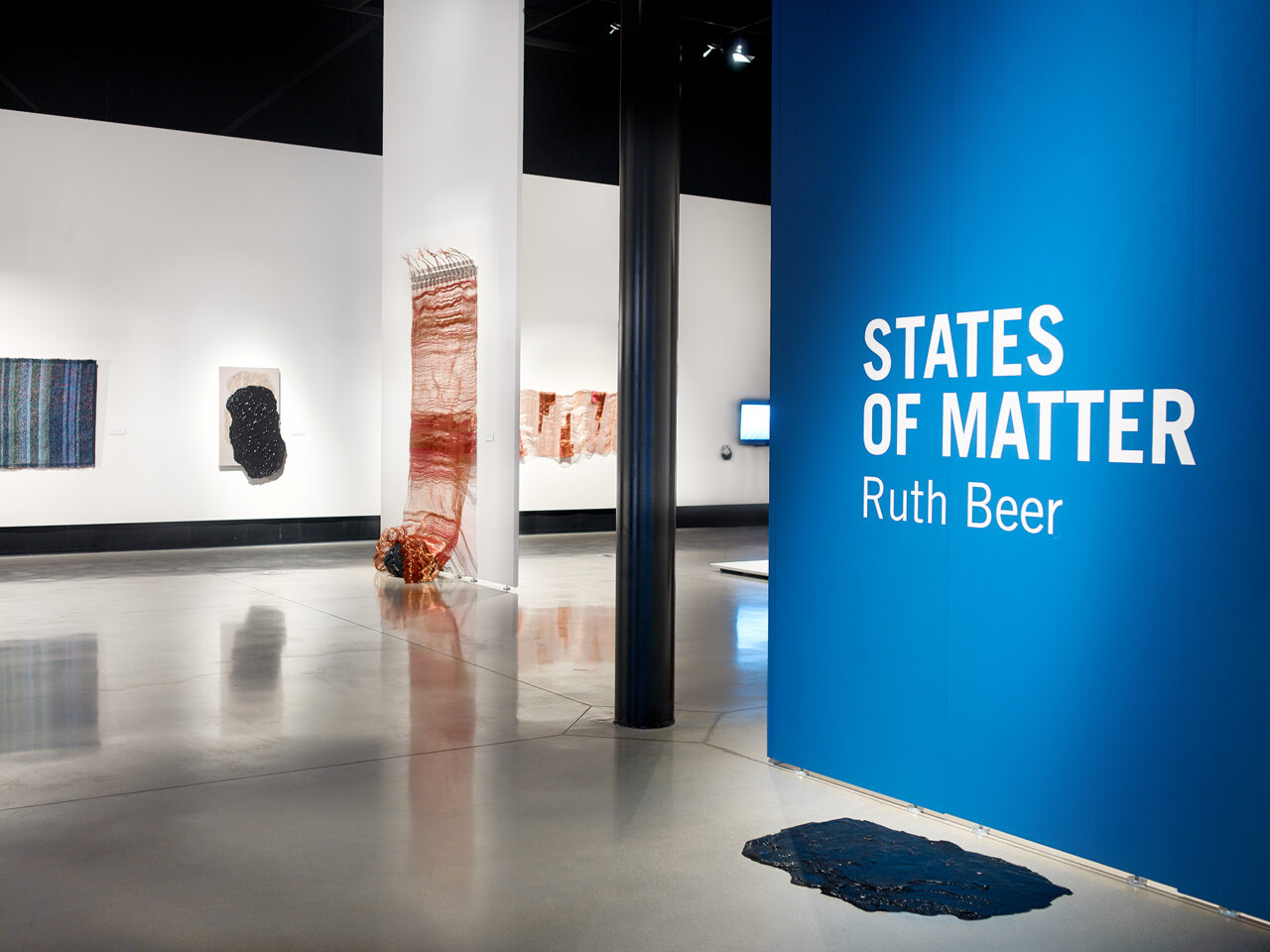 Image courtesy Ruth Beer
The work in Ruth Beer's 2016/17 'States of Matter' solo show at The Reach in Abbotsford, BC, formed part of the application Beer and her team submitted to the federal government to land their SSHRCC Insight Grant for the 'Shifting Ground' project

“While growing concerns over climate change have drawn attention to Northern geographies, conventional representations of these places have long been wedded to the desire to exploit and profit from natural resources, colonize land, displace Indigenous communities, and assert sovereignty,” reads the Shifting Ground summary.

Ruth says she and her team will work to critically address and creatively negotiate the process of alternately “mapping” ecologies and communities in transition, and future imaginaries. They do so, she notes, with the aim of incorporating other views of the world, such as feminist and de-colonial perspectives, respect for Indigenous ways of knowing and concern for social and environmental justice.

“We are looking at notions of place, and the importance of developing an understanding of how local specificities resonate globally,” Ruth says. For instance, the complicated spectrum of perspectives on energy and climate change one encounters in a place like Kitimat, BC — the intended tidewater port for the proposed Enbridge Northern Gateway Pipeline or for LNG-related industries — are both particular to that area and instantly familiar for community members from other energy ports across the globe.

“We interviewed numerous residents from the region and heard from people employed by the local resource extractive industries, as well as those who say they would sacrifice all to refuse such industrial development in order to protect the land and water. Ultimately, they all want good health and well-being for themselves and their families. How can we as a society negotiate these fraught situations and bring social and environmental justice into conversation and action around our use of fossil fuel and energy transition?”

Addressing these questions, and enabling a discursive space which permits these complexities to be more fully understood through research and creative practices is part of what the Shifting Ground project aims to do, she says. 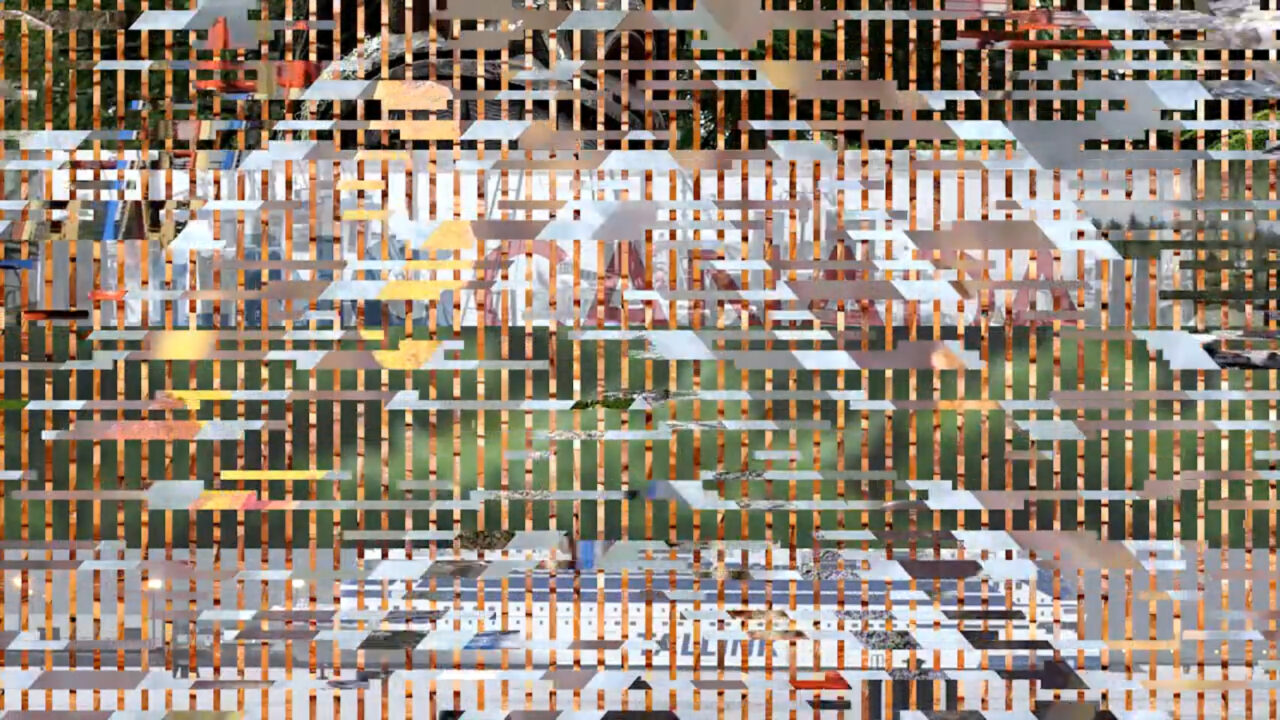 Courtesy Ruth beer
Still frame from Ruth Beer's 'Intersections' video work, which formed part of the application Beer and her team submitted to the federal government to land their SSHRCC Insight Grant for the 'Shifting Ground' project

One key element of the project will be “convenings,” where researchers, artists, scientists and other partners with local insight come together to exchange knowledge and learn from one another. These convenings, Ruth notes, will take place in all three international locations, as well as at Emily Carr University.

These outcomes are part of Shifting Ground’s broader “Knowledge Mobilization Plan,” which also includes facilitating cross-cultural exchanges, creating bodies of stories and maps, developing networks and partnerships, and disseminating research to the general public via online platforms, educational digital workshops, open-source digital toolkits and through community outreach initiatives, public events and student research assistantships and internships (an important focus of the project is mentorship of students, who will gain valuable experience as research assistants).

The team's research, findings and works will be presented in numerous formats and venues, including exhibitions in galleries and museums, events such as the Arctic Arts Summit and Arctic Council Meeting, the upcoming Petrocultures conference, as well as in publications and symposia.

Lindsay McIntyre, Assistant Professor of Film and Screen Arts at Emily Carr and and film artist of Inuit/settler descent, joins Ruth as co-investigator. Other artist/researcher team members include ECU alumni Tsēmā Igharas, an interdisciplinary artist and a member of the Tahltan First Nation; Jeneen Frei Njootli, a Vuntut Gwich’in artist, Assistant Professor at UBC and a founding member of the ReMatriate Collective; and Caitlin Chaisson, a New York-based interdisciplinary artist, writer, and curator.

Rounding out the research-creation team are University of Alberta Associate Professor and co-founder & director of the international Petrocultures Research Group Sheena Wilson; artist, art educator, Professor and Dean of the Faculty of Art and Design at the University of Lapland and the Director of the University of the Arctic’s Arctic Sustainable Art and Design thematic network Timo Jokela; writer, photographer, artist and filmmaker Warren Cariou; author, art historian and director/CEO of the Anchorage Museum in Alaska Julie Decker; and journalist, documentary filmmaker and scholar, and founder/editor-in-chief of the international research journal UnMediated: Journal of Politics and Communication, Tomas Borsa. 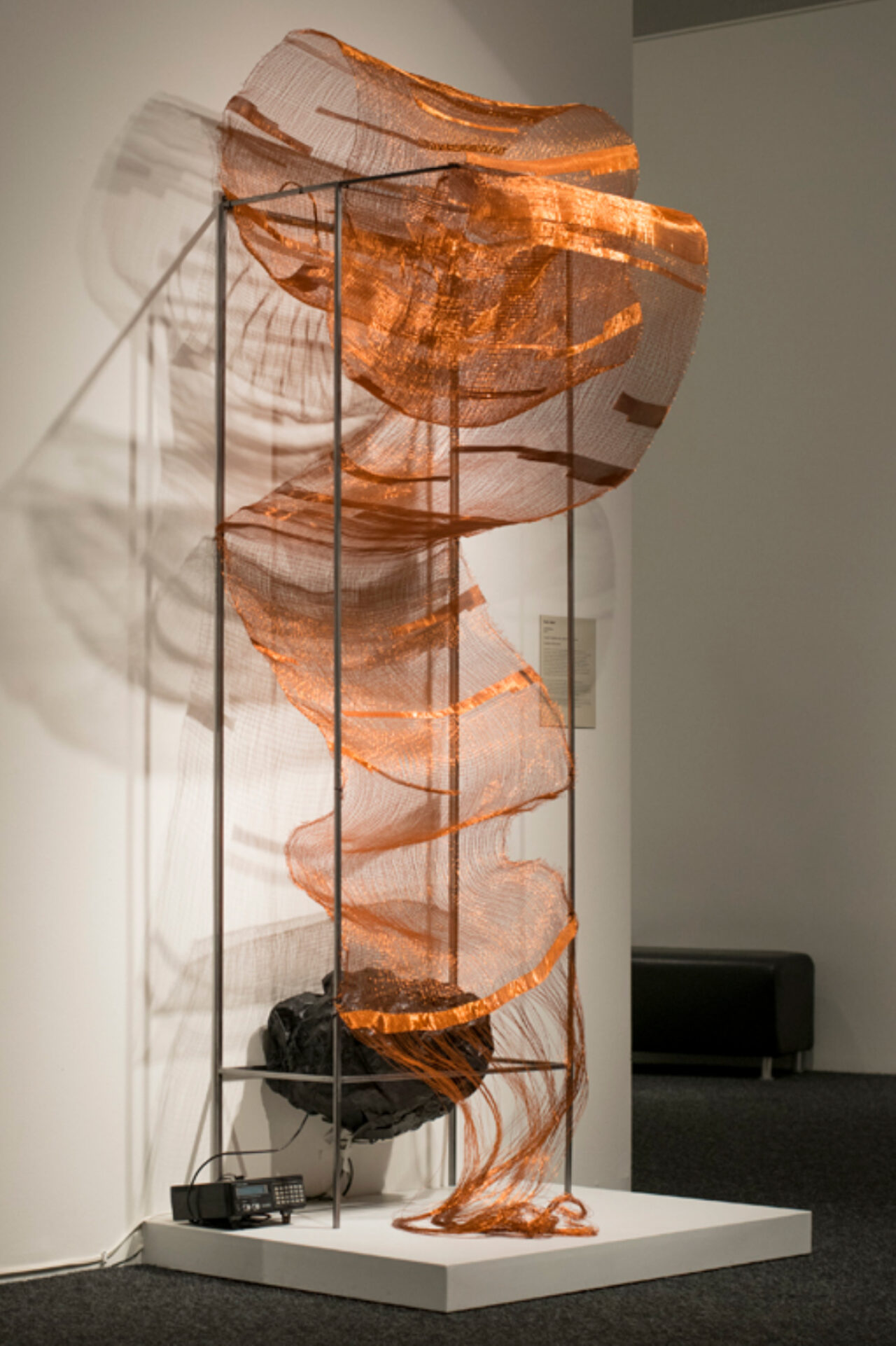 Image courtesy Ruth Beer.
Installation view of Ruth Beer's contribution to the 2017 'Ground Signals' show at the Surrey Art Gallery -- a work which was included in the application for federal support for 'Shifting Ground'