Graduating Emily Carr student Tianna Barton (BFA 2019) drew attention to climate change and inaction with her performance series, Waiting for the Beach #rising #sealevels. The performance featured several individuals, including Tianna, lounging on beach towels under the watchful eye of a lifeguard, surrounded by disposable and plastic materials that contribute to the climate crisis.

"I wanted to create a statement that doesn't come from a place of perfection, moral superiority or even takes itself too seriously at all," Tianna explained, "but instead embodies bad behaviour and habits that are relatable and disturbing at the same time." Many people who are concerned about climate change, for instance, would also recognize their habits in the single-use plastic water bottles incorporated into Tianna's piece.

The series of four performances was staged in various sites across Vancouver earlier this spring, at locations where the sea levels are expected to rise. The final performance took place downtown at W Georgia + Denman Streets, a high-profile location that drew attention from passersby.

"During this work I was rarely aware of any reactions from the public because I was in my own world with the performance," Tianna said about the work. "Each day I had one or two points of contact. [These were] people who could speak for me and interact with the audience and media, if and when we were approached. I know that face-to-face most people were excited and supportive, while we had a couple climate change deniers, and others who would keep their heads down." 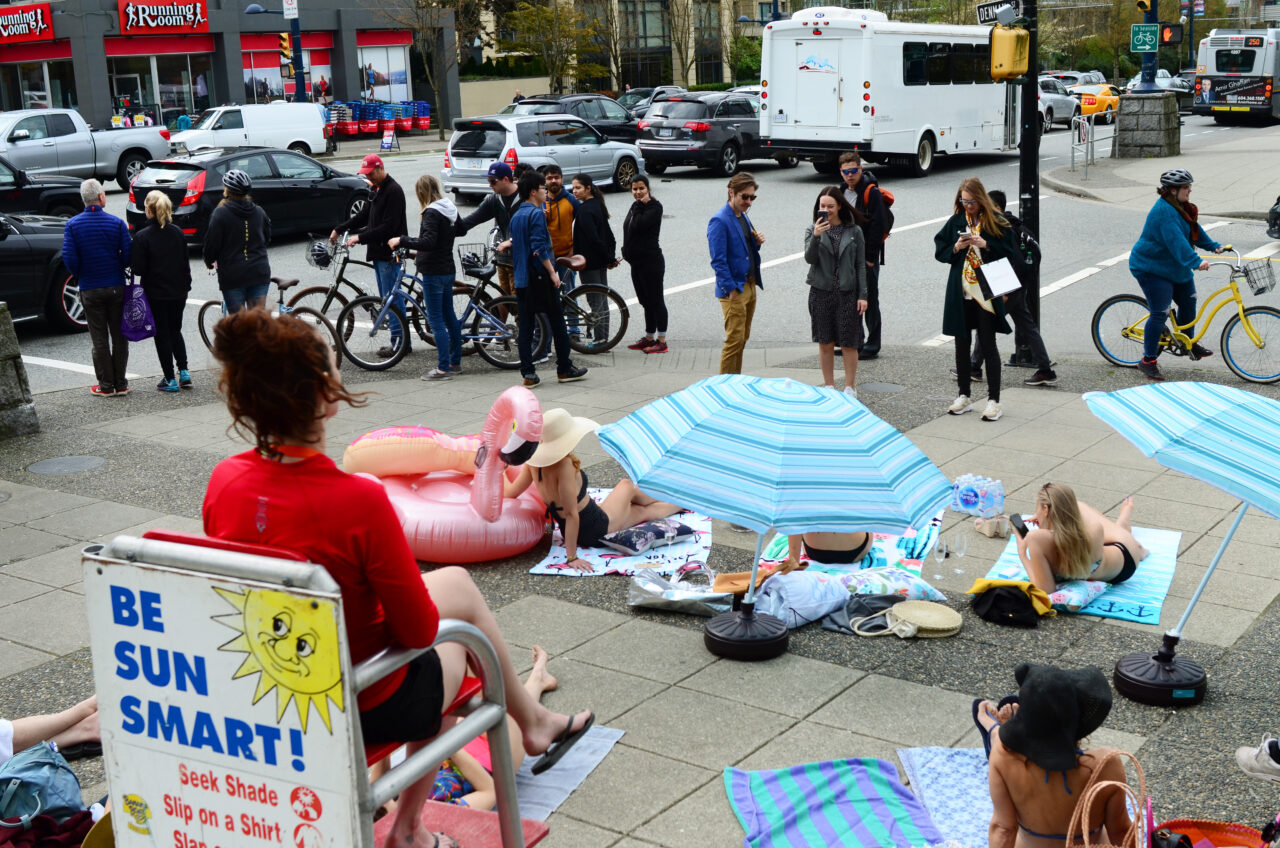 by Karlo Kowalczyk
Waiting for the Beach, April 21 2019

"Online has been more interesting," she continued. "Aside from tons of wonderful support, I've been accused of being funded by affluent Cortes Island residents (my home island), had sexually violent misogyny thrown our way, and had many many people who just don't get the irony and think I am using plastic, wastefulness and symbols of excess by accident. Some folks from all different perspectives think the work is a protest.

A Visual Arts major, Tianna's practice is multidisciplinary. "[My interest in performance art] came from a love of film that was actually focusing on performative acts as subject, as well as a frustration with my sculptural practice where the pieces felt like they lacked life and required some sort of activation through movement or ultimately, performance. It was a blessing to take Dr. Randy Lee Cutler's performance art class around that time, which led to her formation of Temporary Collective and allowed me to ease into performing publicly through the work we did at the Belkin [earlier in 2019]." 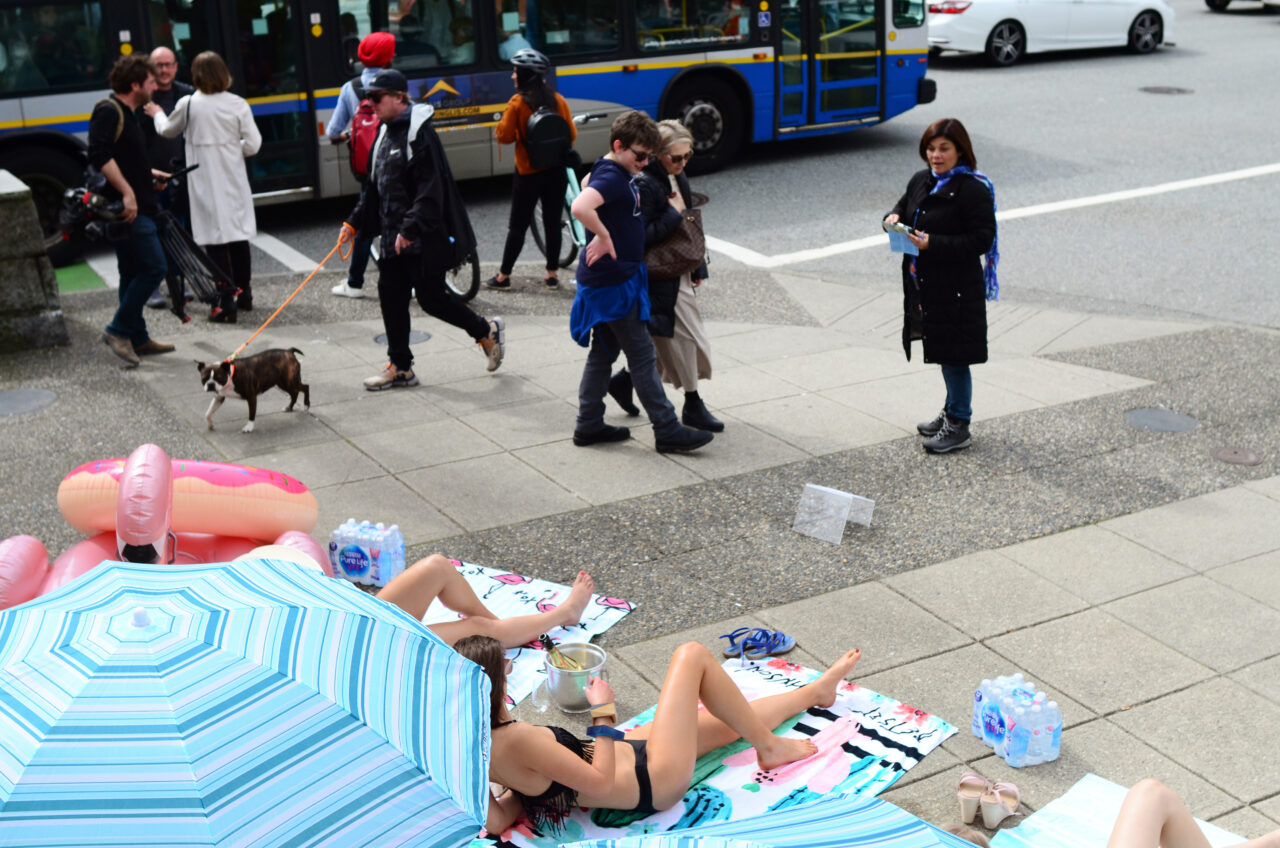 by Karlo Kowalczyk
Waiting for the Beach, April 21 2019

Her life-long interest in environmental activism was cultivated by her schooling on a small organic farm. "I remember spending time with my mum as a child, blockading Klahoose land from being logged on Cortes Island where I grew up."

Tianna will be crossing the stage to receive her BFA from Emily Carr on May 4, and visitors to The Show can see her film and ceramic installation on Level 2.

She intends to keep creating and applying to artist grants to support her practice. She is looking ahead to three more projects which she'll be working on over the summer; like Waiting for the Beach #rising #sealevels, they're certain to make waves, spark conversations and inspire reflection.

Tianna Barton is an interdisciplinary artist from Cortes Island who now operates out of Vancouver, BC. A graduate of Emily Carr University of Art + Design, Barton uses a broad range of mediums from performance art, film and social practice, to sculpture, photography and mixed media installation. Her surreal and playful works prompt further questions and conversation while tongue-in-cheek themes poke fun at social norms and cause mischief. Barton investigates gender, class and modernity within the context of the anthropocene.