The film explores how the city of 13 million people is developing its first-ever professional emergency service. Like many major cities in Southeast Asia, Saigon has never before had a coordinated city-wide ambulance service to transport injured or critically ill people to the nearest hospital. Like Malaysia, Thailand and Indonesia, people in Vietnam have often relied on taxis to transport them for emergency care.

It has not only been widely viewed online, but was recently accepted by the Oregon Documentary Film Festival (March 23 + 24), which awarded Timur the Best International Director Award. 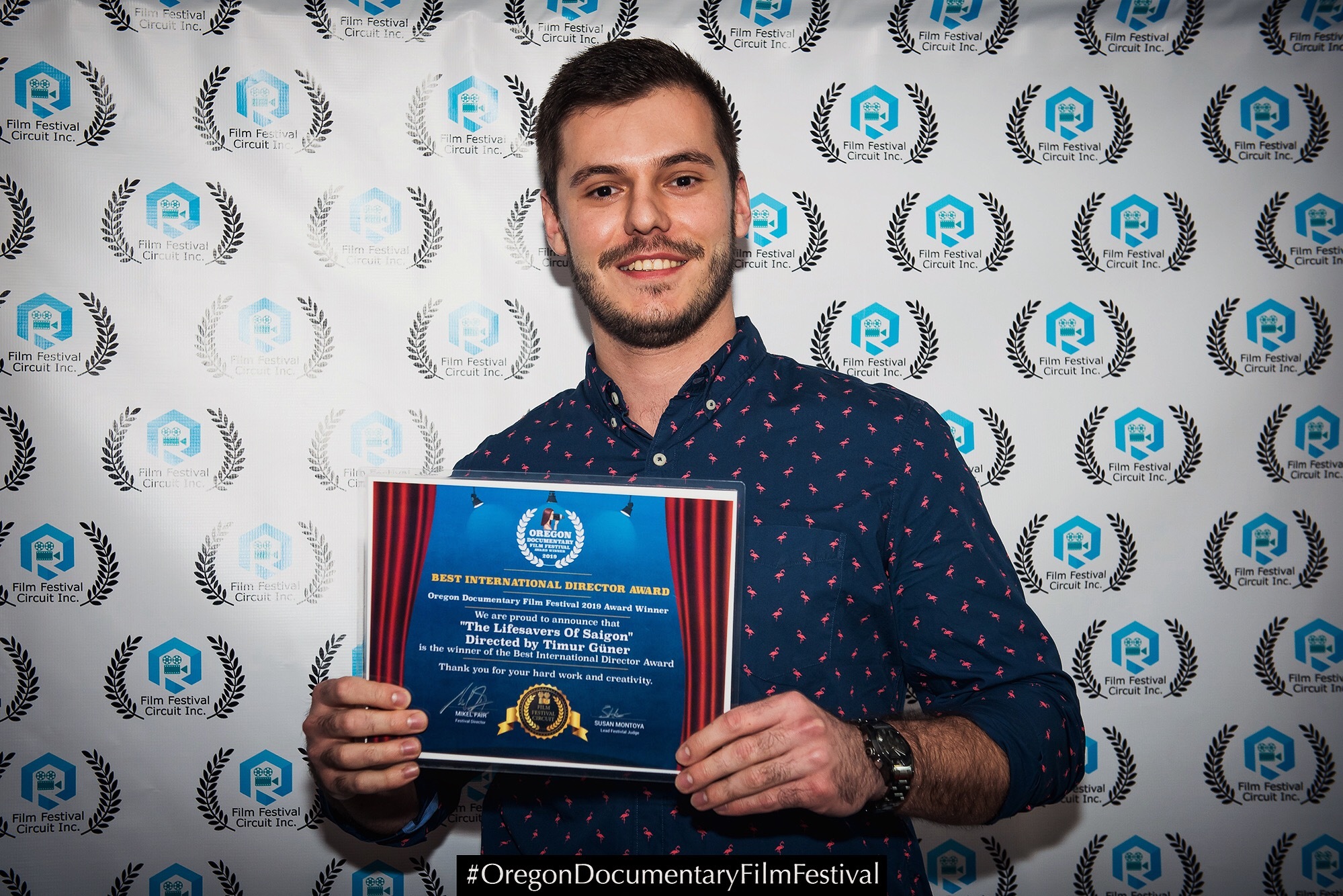 We had no idea that Vietnam's EMS infrastructure was just emerging. We were blown away by the passion of the Vietnamese people to make this kind of change, out of compassion for their fellow citizens." The production of this film is also amazing. The cinematography and editing pace in this film is very professional. I found myself getting absorbed into the story, wondering what was going to happen next. This is rare for a documentary film and is a testament to the artistic skills of Timur Güner and his production team. In my opinion, Lifesavers of Saigon, is also an inspiration to Americans. Although our EMS services have functioned well for years in the USA, the heart and soul of the people in this film serve as a reminder of what can be accomplished, when citizens come together as a community and take action. The Oregon Documentary Film Festival is proud to name "The Lifesavers Of Saigon" directed by Timur Güner as the winner of the Best International Director Award.

Timur's YouTube channel, TGG Global Emergency Responses, combines his love of videography, travel and emergency vehicles. "I have been fascinated by the work of emergency services for as long as I can remember. These professionally trained people will show up seemingly out of nowhere, within minutes, when anyone is in need of help. I find this incredible," said Timur.

"On top of that the endless variety of colourful vehicles, with flashing lights and loud sirens, always gets my attention. Growing up in different countries and continents I combined this interest with my passion for travel and started to document emergency vehicles around the world. YouTube eventually became my platform to share these finds with like-minded people, and from there on my channel grew to (currently) over 21,000 subscribers and over 13 million views."

Separate from his YouTube channel, Timur creates a variety of media and documentary pieces on other subjects. But The Lifesavers of Saigon was a perfect fit for his audience, and he hopes to share other documentary films on emergency services with them in the future. He was also featured in the Vietnamese publication Saigoneer.

Timur is already working on his next project, and is in the early stages of another documentary to be filmed on Vancouver Island. He graduated in 2018 from the FVIM program (now Film, Media + Screen Arts.)

You can watch The Lifesavers of Saigon on Timur's YouTube channel.

Timur Güner is a filmmaker and director of German-Turkish descent. In his work, he draws inspiration from his experiences around the world, growing up in a multicultural household, and traveling to different continents at an early age, with his mother being a political journalist and his father an expatriate engineer working in various locations. At the age of 10, he relocated to China, graduating from international school, and then moved to Vietnam, where his family continues to live. Since 2014 he has called Vancouver, Canada, his home to study film at Emily Carr University.

Timur considers himself a global citizen and passionately captures the world around him to reflect life and share stories that intrigue. Volunteer work in countries around Asia has had a great impact on his critical observations of humanity. As a multimedia artist Timur has worked on digital and analogue film, with photography, video, and screenwriting in various genres. Most recently he has delved deeper into documentary filmmaking in order to capture reality, with a particular interest in critiquing social structures.