Writer Joan Boxall wasn’t always close to her brother Stephen, but art helped to bring them together. “The 10 years of Tuesdays spent with my brother Steve were an immersive experience,” she recalls. “Those days began with a three-hour figurative art session, morphed into lunch and errands, and eventually into bocce games.”

Creating together helped to reunite the siblings, who had drifted from one another in part due to Stephen’s struggles with schizophrenia. “I’d had get-togethers with Steve over coffee before,” Joan said. “Visits on my timeline. Those visits left us both exhausted, trying to figure out what the other was talking about.”

In her role as co-trustee for Steve, Joan attended a mental health symposium to realize she’d become a family peer counselor. They were sibling peers from the same nest. She picked up a brochure for The Art Studios, which supports those suffering from mental illness and addiction to heal and recover through art-making. Joan and Stephen began attending together, and the classes offered a breakthrough. “Conversing was still a challenge,” Joan says, but “where the talking stopped, the art began.” 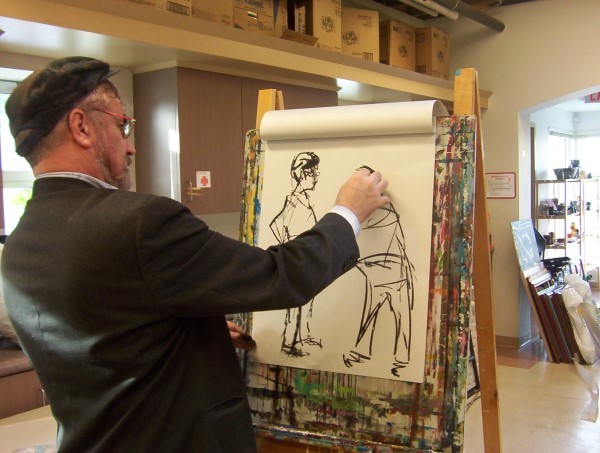 Art had always been Stephen’s passion. In the early 1970s, he attended Emily Carr (then called the Vancouver School of Art), but his mental health challenges prevented him from completing his degree. “He’d been isolated with mental illness for over 20 years,” Joan recalls when the siblings started attending The Art Studios. Social interactions were difficult for him, but art was still a haven.

“When he’d taken all the classes that interested him at The Art Studios, we transitioned to Basic Inquiry Studio and Gallery,” says Joan. “I continued to go with him, but I had to draw. No spectators allowed! This really levelled the playing field since art was his area of expertise.”

Reconnecting with her brother through art inspired Joan’s forthcoming book, DrawBridge (Caitlin Press, 2019). The book is a creative non-fiction work of 10 personal essays written by Joan, featuring illustrations created by Stephen. DrawBridge is also a memorial to Stephen’s memory; he passed away from cancer in 2013. 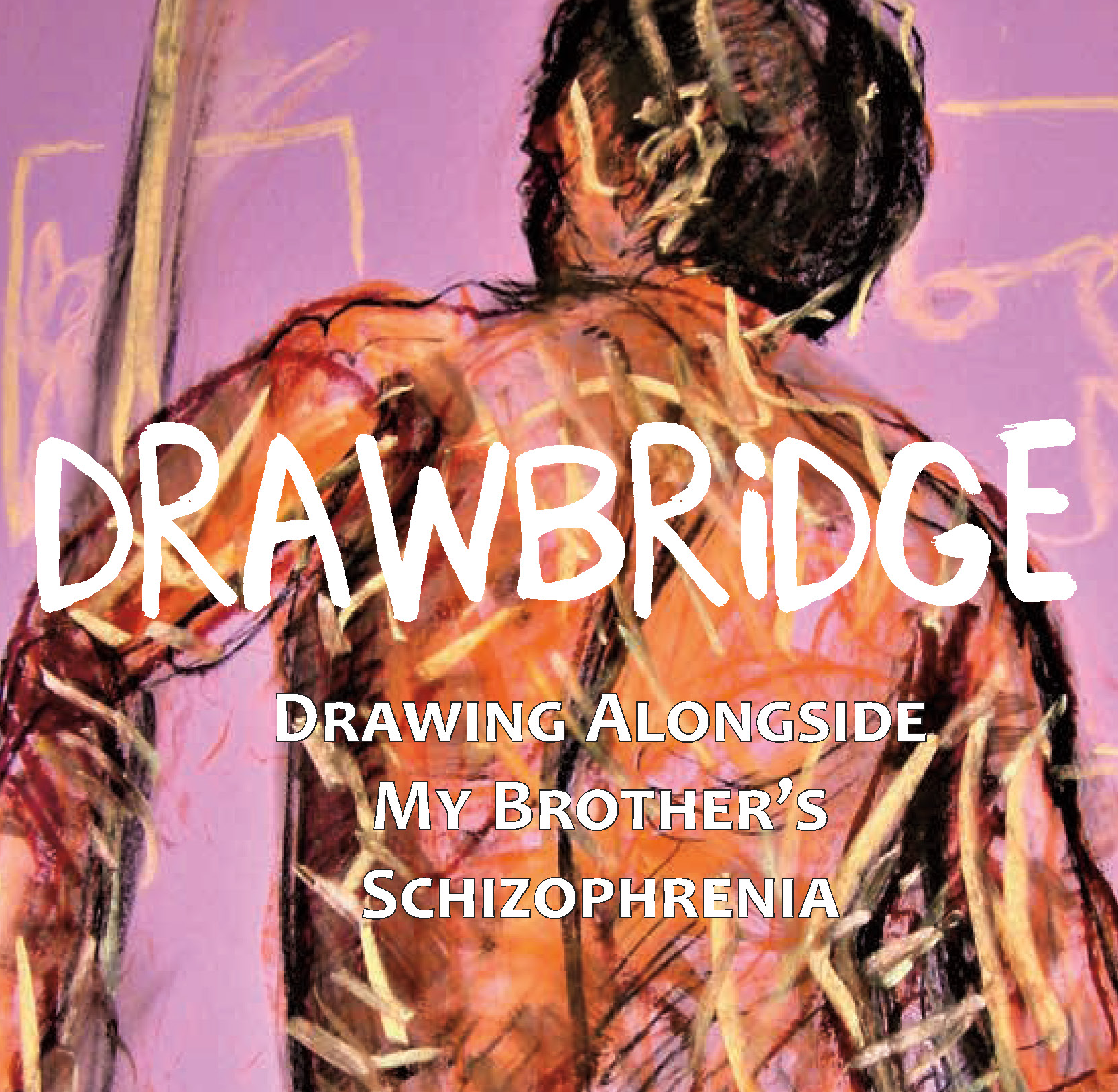 “Losing him over the course of several months to terminal cancer after a lifetime of his coping with schizophrenia was a shock,” says Joan. “Writing the book has helped me process how his creativity was such a gift…and it fostered my own.”

“Steve was an inspirational guy,” adds Joan. “I felt our story was an important one to tell—two detached siblings reunite along an artful path. Art inspires us to cope with the daily grind. Art is a gap eraser. Art is a stigma-buster.”

The book isn’t Joan’s only tribute to Stephen’s memory. After his death, she established the Stephen A. Corcoran Memorial Award at Emily Carr, which supports students who are living with mental health issues.

“I feel that for every student that the award helps, his spirit is buoyed up by their success,” says Joan. “I believe he’d be very pleased with that partnership.”

DrawBridge will be released on June 1 by Caitlin Press, and will be available at Emily Carr’s on-campus bookstore, READ Books. Stephen’s work can be found at CityScape Community Art Space in North Vancouver, and is available through their Art Rentals program.

Joan Boxall is a retired English teacher turned creative non-fiction writer. She received a bachelor’s degree in physical education with an English and French major from the University of British Columbia. She taught English, French and PE to teens in Cranbrook and Delta before acquiring a TESL certificate in adult education. She contributes her non-fiction work regularly to Inspired 55+ Lifestyle Magazine. DrawBridge is her first book. She lives in North Vancouver with her husband.