Enduring cultural connections are the most powerful outcome of a recent group exhibition of Northwest Coast art in Hawaii, says Brenda Crabtree, Director of the Aboriginal Gathering Place and Special Advisor to the President on Indigenous Initiatives at Emily Carr University.

The show, to which Brenda contributed work, appeared first at the Schaefer Gallery in Kahului, on Maui, and then through the winter at the East-West Center Gallery in Honolulu. Entitled First Nations Art of British Columbia, it represents the first time works by Indigenous artists from BC have been shown in a dedicated exhibition on the Hawaiian Islands.

“The best part of both the Maui opening and the Honolulu opening were the cultural connections we had with local Indigenous people.” Brenda said. “They came out and they were so supportive. They shared their local ceremonial practice, they welcomed us in a very traditional way, and we spoke back.”

She noted that all the visiting Aboriginal artists – Robert Davidson, Ben Davidson, Terri-Lynn Williams-Davidson, Corey Bulpit, and Dempsey Bob all sang their songs in Maui during the course of observing local protocol — in this case, the act of asking permission to be on the Indigenous Hawaiians’ land, and requesting permission to exhibit there.

The initial “ease and comfort” of the cultural exchange between the locals and the exhibiting artists grew into a deeper connection as everyone got to know one another both through interaction and through their artwork, Brenda said. 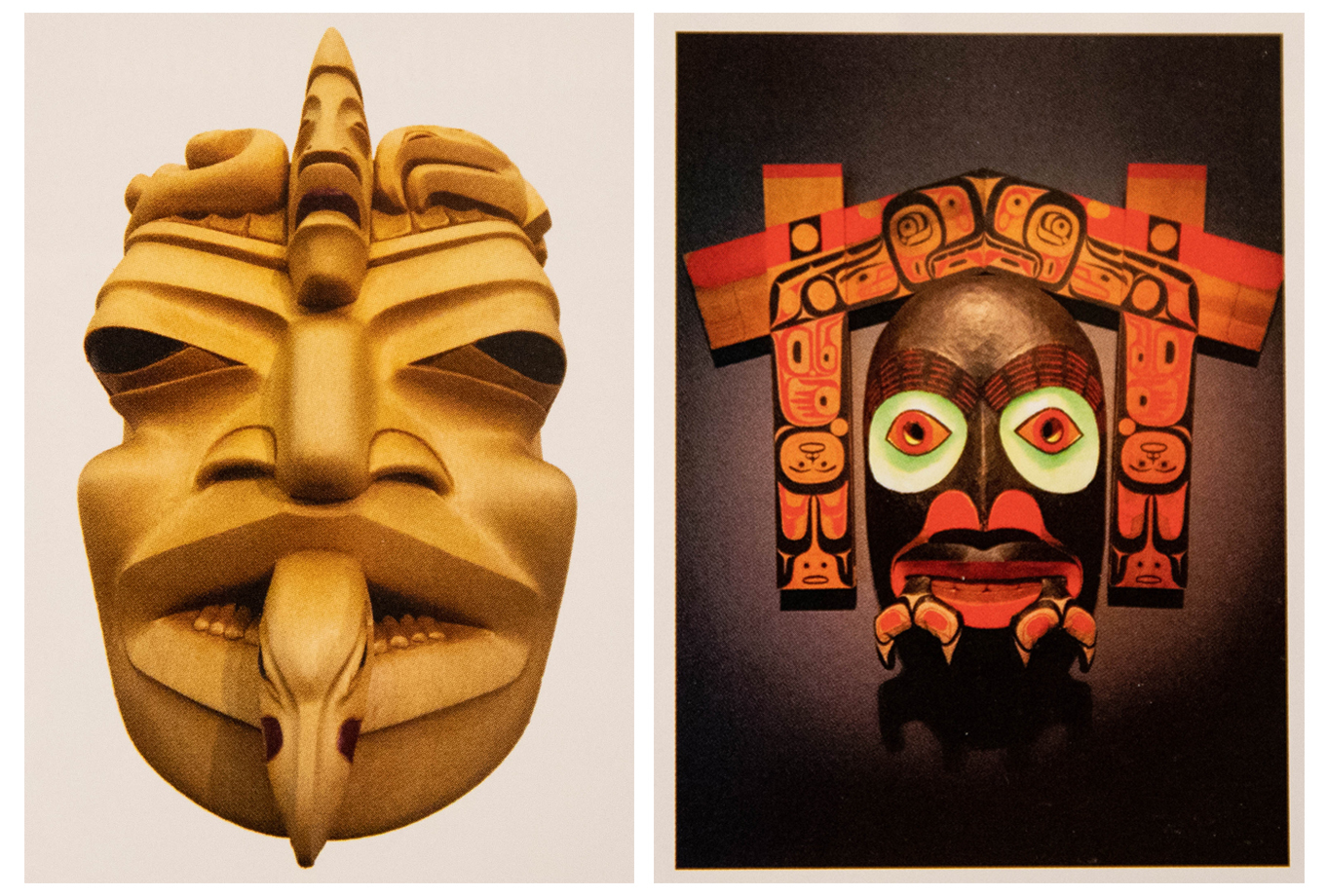 “It was so emotional — even for those of us who were part of the exhibition — to see some of the ancient ancestral works of those artists who’d passed on,” Brenda said. “We were in awe looking at some of the old, old pieces. So, the art objects themselves were really powerful, but for me the power of the experience as a whole probably comes more from the deep mutual respect that we had with each other as artists — especially with the local Indigenous artists, because that's who we connected with the most.”

Connections between the West Coast and Hawaii actually stretch back centuries, Brenda noted. By the late 1700s, many Indigenous Hawaiians who crewed transpacific ships began settling in the areas around modern day Vancouver and Victoria.

They were known, at that time, by the name Kanakas — a term which is no longer politically correct, but was derived from the Hawaiians’ own terms for themselves: kānakaʻōiwi or kānaka maoli (translated roughly as “people of the ancestral bone” or “true people,” respectively).

Kanakas in BC were farmers, fisherman, landowners, resource-industry workers, and in some cases established their own schools and neighbourhoods. According to one history, Indigenous Hawaiians were the largest single ethnic group employed by the Hudson’s Bay company on the West Coast in the 1830s. And by the mid-1800s, they made up more than half the working-age population of Fort Victoria.

As a result, many residents of present-day British Columbia can claim some Hawaiian ancestry.

In other words, Brenda suggested, the cultural exchange signified by the First Nations Art of British Columbia exhibition is just the latest chapter in a much longer story.

The exhibition was made possible by the Canada Council for the Arts and Denbigh Fine Arts Services, Vancouver. 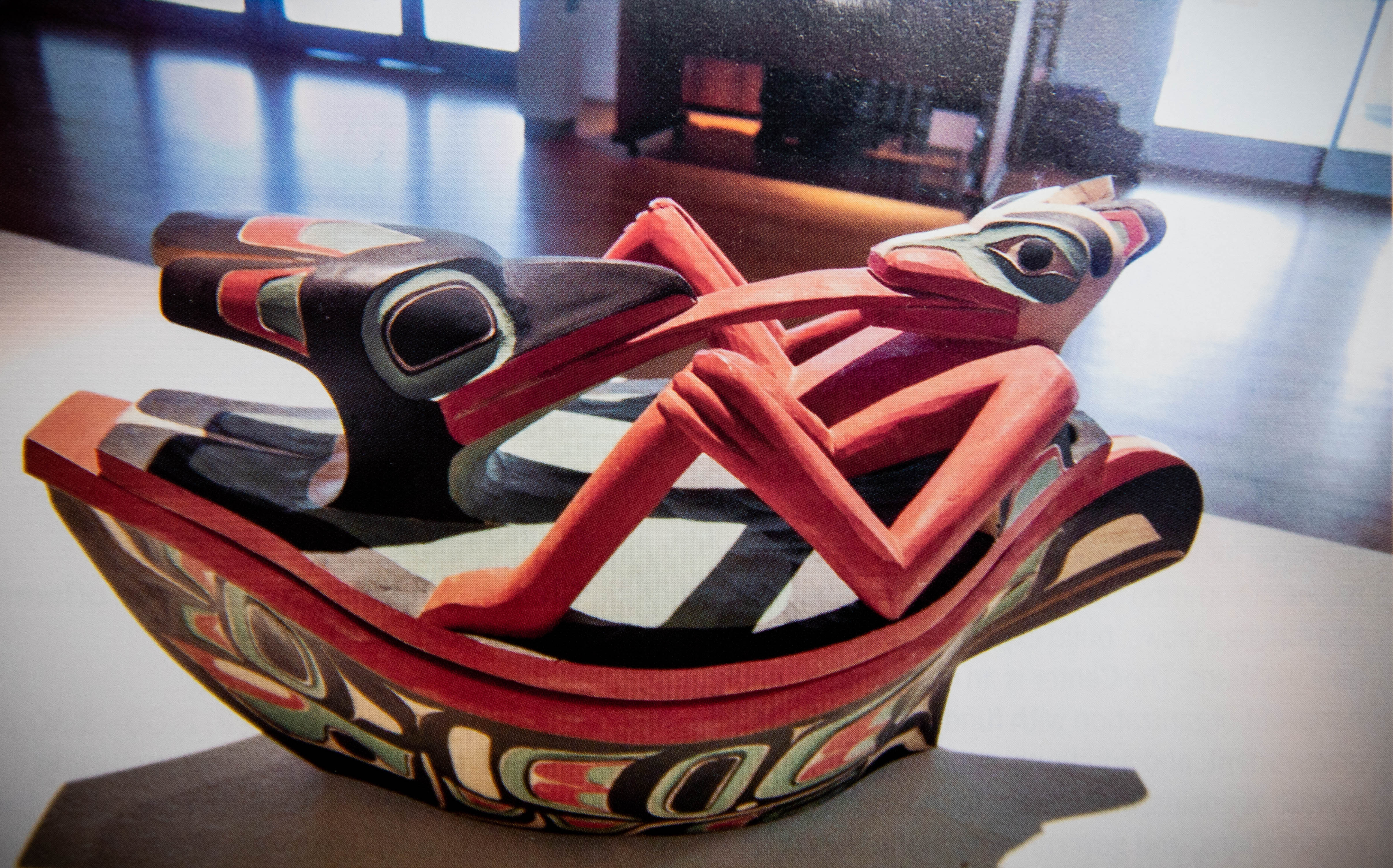