Laiwan (BFA 1983) is an interdisciplinary artist, writer and educator with a wide-ranging practice based on poetics and philosophy. TENDER is described by Talonbooks as “haunting, political, and defiantly sexy” as it offers field-notes on freedom from limitations, heroic struggles, and curious inquiries. We talked with Laiwan about TENDER and are excited to share an excerpt from the book as well.

"As collected poems, TENDER has been living with me for a long time — here the earliest poem is from 1986,” shared Laiwan. “While some had been published in different anthologies in the past, never have they had a chance to be presented or scrutinized together.”

The collection of poetry spans thirty years. Equally visual and textual, the book is both a retrospective and call to care for each other in the present. The book captures moments frozen in time, producing ghostly images. Laiwan says that writing poems is rooted in befriending something unknown, and this process can be full of uncertain territory and haunting.

“The process of submitting this manuscript to Talonbooks brought a different haunting,” said Laiwan. “Where there was doubt about each of these poems, every line in a poem. This opened up a can of vulnerabilities in me.” 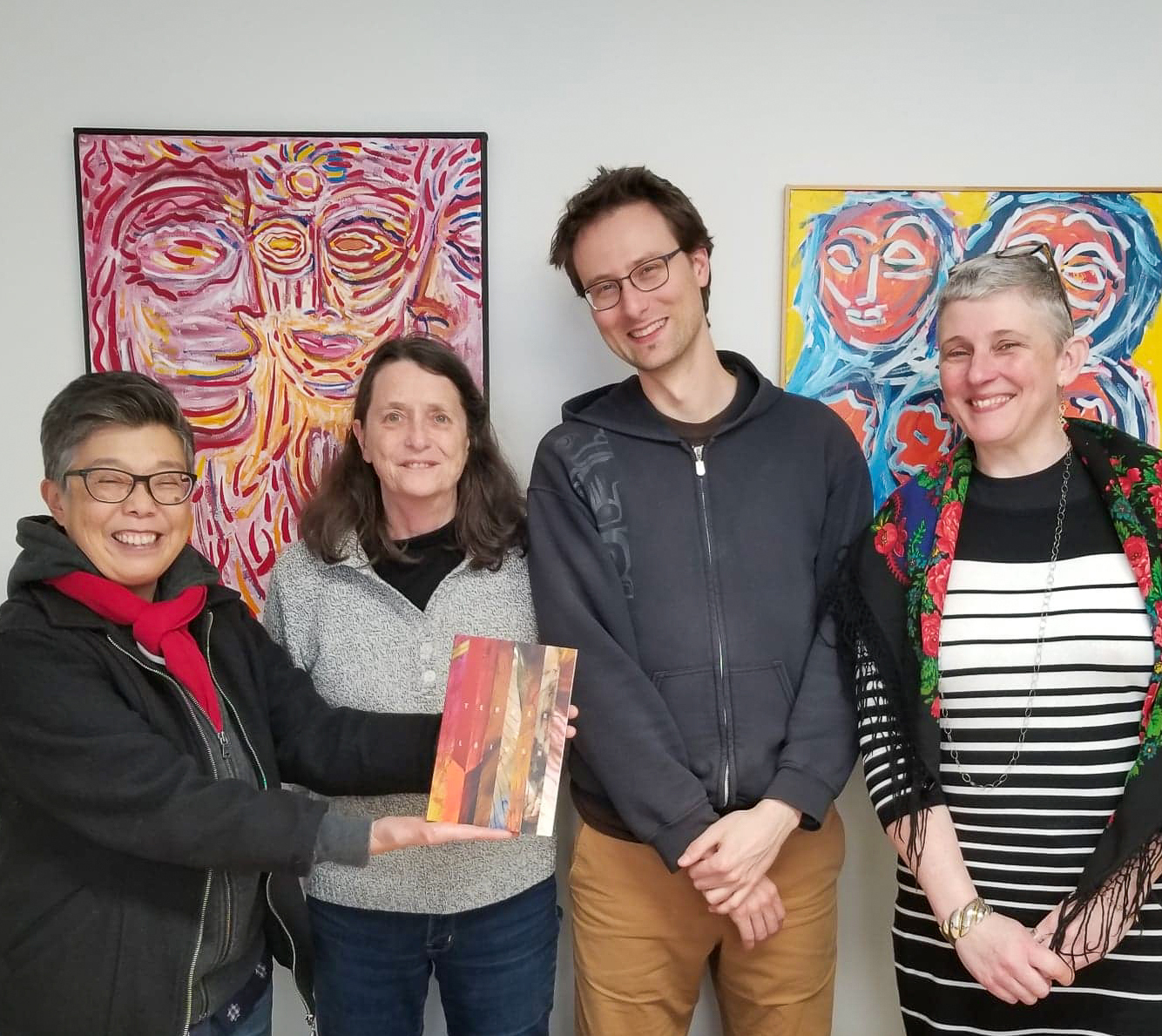 Image courtesy of the artist.

Ultimately the process of working with the editors at Talonbooks was a pleasure. “Their support was a transformative process, an empowering process,” said Laiwan. “It felt like being led gently through a fire that was solely started in my head. The process tenderly nourished me line by line with the rigorous attention and comments of the editing process.”

The complexity of this collection is evident in the doubt and vulnerability that Laiwan addresses when discussing the book.

“Those feelings are rooted in my growing up in apartheid Rhodesia, where rejection, betrayal and erasure were commonplace,” said Laiwan. “I've spent good chunks of my life creatively working in developing consciousness in the alternative, constructive and somatic responses in their stead. This includes resilience in defiance and of sexuality or jouissance in the face of oppression, homogeneity, and the averaging of being.”

Laiwan continued that now the book lives in the world as a result. “It’s no longer simply in my head, and the collection has its own trajectory,” said Laiwan. “It doesn't feel like I made it at all but rather that it made itself. That is a haunting thing.”

We’re excerpting “she who had scanned the flower of the world” from TENDER. Text courtesy of Laiwan and Talonbooks.

a celebration of spring, the coming of light and longer days. a metaphor for a working psychic ecology. towards a sensual economy and its embodiment

she who had scanned the flower of the world
finds an evolution according to the secret life of a typical dwarf yellow star, the sun

woman
muscle upon muscle, strength in strength
we will return with limbs of iron
with dark and furious eye
independent from words
shocked at the limits to growth

still to imagining
my garden with you

she, the speed of light in empty space

without genuine affection where would i be?

Laiwan is an interdisciplinary artist, writer and educator with a wide-ranging practice based in poetics and philosophy. Born in Zimbabwe of Chinese parents, her family immigrated to Canada in 1977 to leave the war in Rhodesia. Her art training began at the Emily Carr College of Art & Design (1983), and she returned to academia to receive an MFA from Simon Fraser University School for Contemporary Arts (1999). Recipient of numerous awards, including recent Canada Council and BC Arts Council Awards, and the 2008 Vancouver Queer Media Artist Award, Laiwan has served on numerous arts juries, exhibits regularly, curates projects in Canada, the US, and Zimbabwe, is published in anthologies and journals, and is a cultural activist.

Leading up to her project Distance of Distinct Vision in 1992, and since then, Laiwan has been investigating colonialism toward a decoloniality. Further, since 2000, she has been investigating embodiment through performativity, audio, music, improvisation, and varieties of media, along with bodily and emotional intelligence, so as to unravel and engage presence, toward a greater understanding of what could be non-colonial.

Recent public commissions have also enabled her to focus on issues of urban development, touching on poetic and philosophic themes related to current questions of environment and the built cityscape of Vancouver.

Recent projects include a process-based investigation of street trees in the city, titled Maple Tree Spiral: the pedagogy of a tree in the city, at Artspeak Gallery located at the convergence of Maple Tree Square in Gastown, Vancouver, BC; a public art commission by Translink and the City of New Westminster, on the theme of phytoplankton and in collaboration with UBC’s Department of Earth, Ocean and Atmospheric Sciences — titled Wander: Toward a Lightness of Being — installed at the 22nd Street Skytrain Station in New Westminster, BC; a publication of collected poems from Talon Books; and an artists residency / public art commission working with communities surrounding Simon Fraser University Sustainable Energy Engineering Program’s new building in Surrey, BC.

Based on the unceded territories of the Musqueam, Squamish, and Tsleil-Waututh First Nations, she founded the OR Gallery in 1983 in Vancouver, Canada, was Chair of the grunt gallery Board of Directors from 2010 to 2014, and she teaches in the MFA in Interdisciplinary Arts Program at Goddard College (2001-present), currently based at the satellite site in Washington State, USA.