The show, entitled Lindsay McIntyre: the tool of the tools, features outtakes from Lindsay’s films, mounted into lightboxes.

“Hands are the tool of tools,” Lindsay says in her exhibition statement.

“They represent work and time. They tell stories. They are the record of our lives. They represent guilt and things unsaid. They dismiss, threaten, summon, feed, and signal friendship and love. They are how a mother shows love to her child.”

Lindsay, who is of Inuk/settler Scottish descent, draws a line between her ongoing formal inquiries, and the particular resonance her subject holds for Inuit communities and individuals.

“For Inuit, hands and the tools they make have always been a concrete part of life,” she continues, noting how her formal concerns as a filmmaker work in concert with that textual focus.

“These film frames and extracts from a decade of film work bring to light the interplay between surface and subject, frame and content and shed light on the recurrent depiction of hands in my body of film works. Working primarily with high-contrast black and white 16mm film, these images stem from a series of motion picture works produced between 2005-2013. The bounding box of the 16mm film frame enters the picture, normally withheld from view; it sees light at last.” 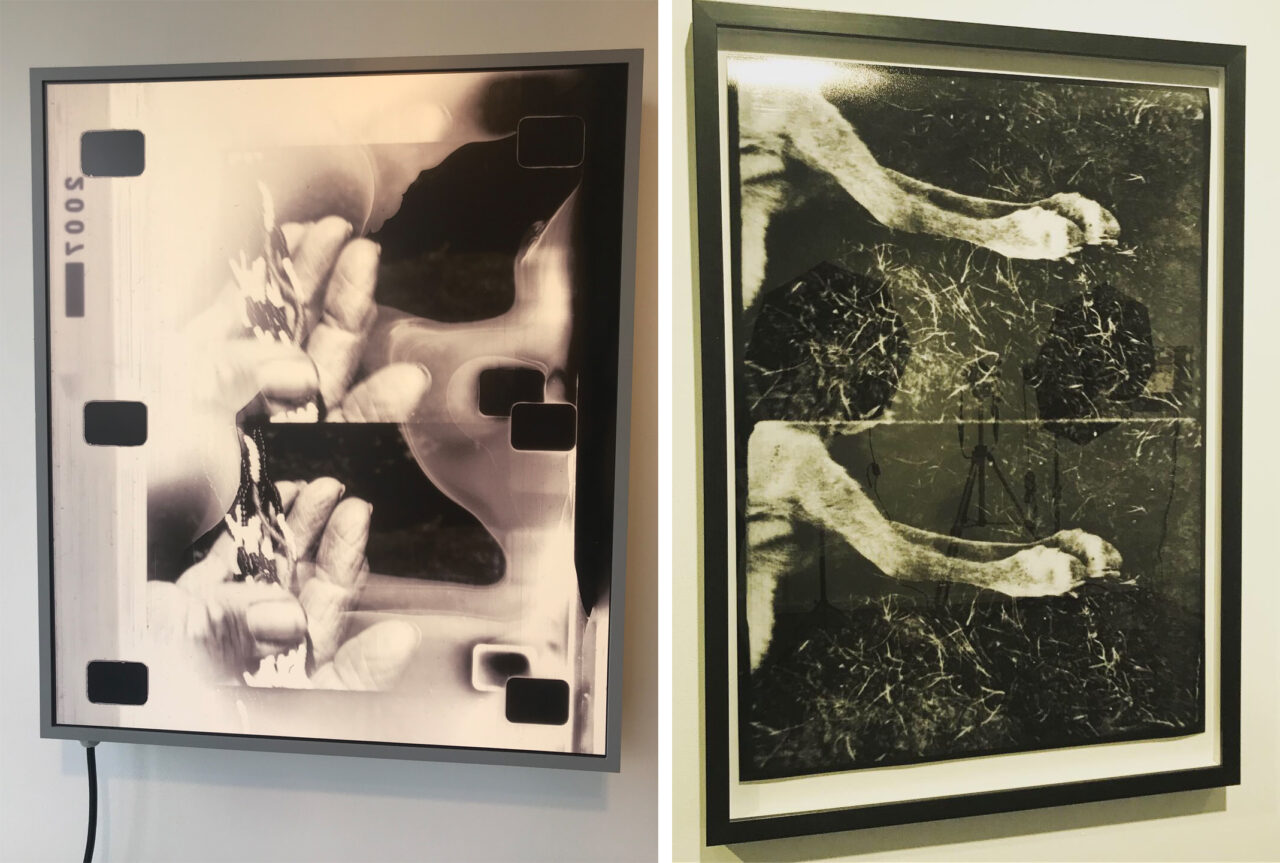 In its own exhibition statement, the Marion Scott Gallery’s spotlights this ongoing, twofold inquiry — into both subject and form — in Lindsay’s work:

“Much of McIntyre’s extensive catalogue represents a parallel investigation into her personal identity and family history as well as celluloid itself, its processes and associated mechanisms—manipulating the various steps in the hand-developing process of 16mm film and being the “one-woman machine” responsible for every role behind the camera. McIntyre’s richly textured, grainy, or diaphanous imagery is more visual art than cinema, with marks and signature characteristics showing the hand of the artist as much one would expect to see in a carving or painting.”

Because of COVID-19, Marion Scott Gallery held a virtual opening for the show in early April. Lindsay notes that video tours of the exhibition are still accessible via the gallery’s Instagram. A selection of works from the show are also available for viewing on Capture Photo Festival’s website.