A new book from interdisciplinary artist and ECU faculty member Diyan Achjadi looks back at her year-long public art project Coming Soon!, which used the built environment as a support for several series of prints evoking themes of decay, change, gentrification and the political dimension of urban planning.

The recent virtual launch for the book, also entitled Coming Soon!, was hosted by the Contemporary Art Gallery, and featured a discussion between Diyan, City of Vancouver Public Art Planner Tatiana Mellema and CAG Curator Kimberly Phillip. The book, which was designed in Vancouver by Vicky Lum, features essays by Diyan and independent writer Zoë Chan; Vicky and Zoë also participated in the discussion during the launch.

Diyan characterizes the book as “a document of a year of changes,” noting she Vicky took care to think through how the publication could formally reflect the broad scope and dynamic nature of the art project.

"Everything about civic architecture and urban planning is political."

“When Vicky and I first started talking about the publication, we discussed the ways the form of the book could reflect a sense of time as well as a sense of space,” she says, noting the book presents the works in Coming Soon! chronologically, with various sites represented from North to South, West to East. The location of each work is highlighted on the left side margin, while the date is highlighted on the bottom left.

“In this way, the book is both a calendar and a map of sorts,” Diyan continues. “I did not initially anticipate it being so hefty — it’s over 200 pages. But in order to communicate the temporality of the project, it needed also to be a publication that takes time to look through. And the way that the photographs are laid out on the page call to the ways that the posters were pasted at the sites, accumulating over the months.”

Diyan says the book provides a kind of permanent record of more ephemeral publications — specifically, the posters themselves which were hand-pasted to walls and fences monthly for a year, described narratives of change specific to a site, and were intentionally temporary; and the website, which is “more immediate and in a medium that is more timely but is somewhat fugitive.”

“For me, all these are a way to think through modes of notating, distribution, and archiving,” she adds. 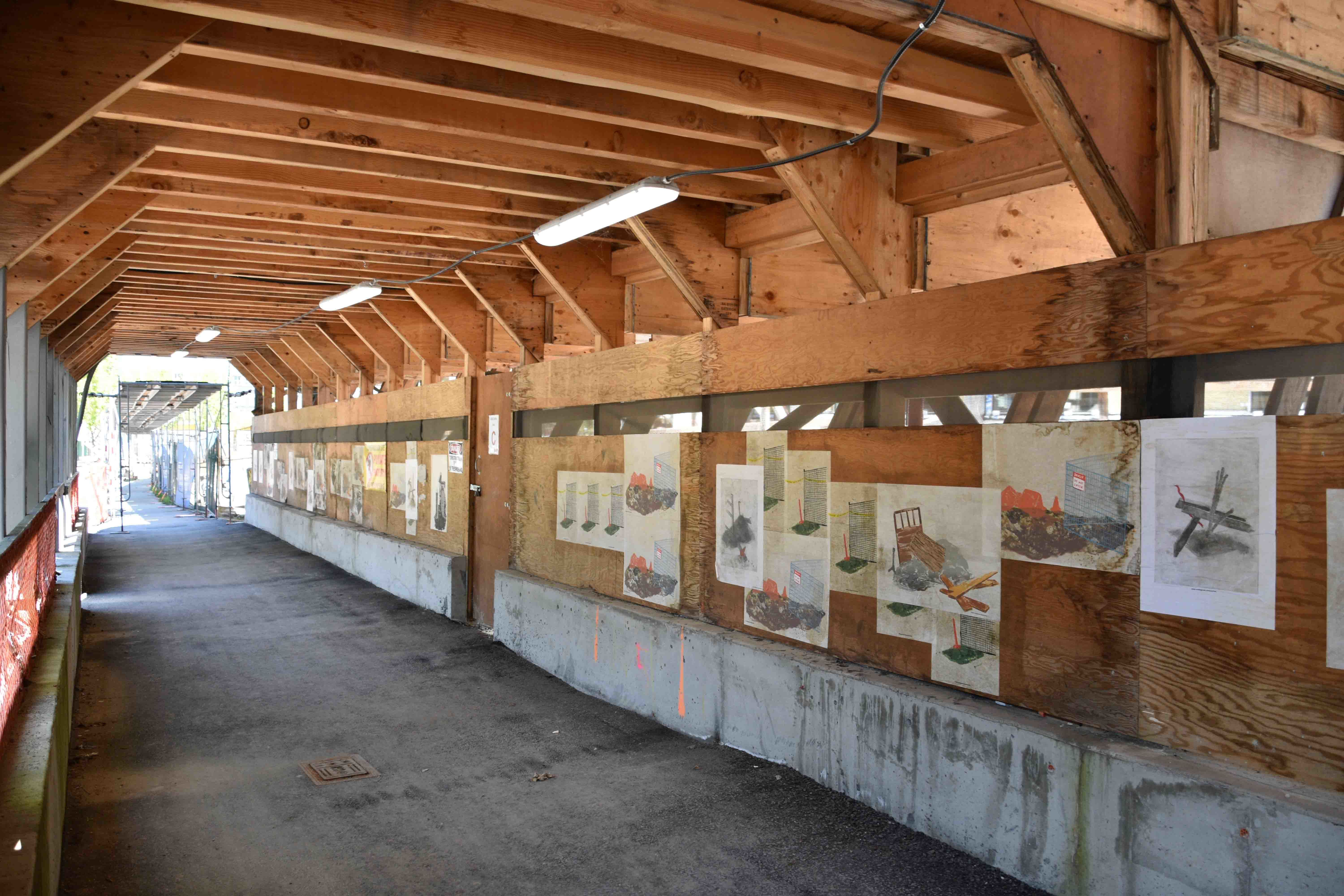 Indeed, Diyan says a concluding publication was always a part of the plan — a kind of conceptual counterweight to the impermanence of the work itself.

“When I embarked on Coming Soon!, I didn’t know how long I would have access to the sites, or how quickly the posters might be effaced or covered up,” she says. “I wanted to use the documentation as a way to note the changes occurring in the sites, which in some spaces were more dramatic than others; as well as to note any decay to the posters as an indication of their exposure to time and the elements.” 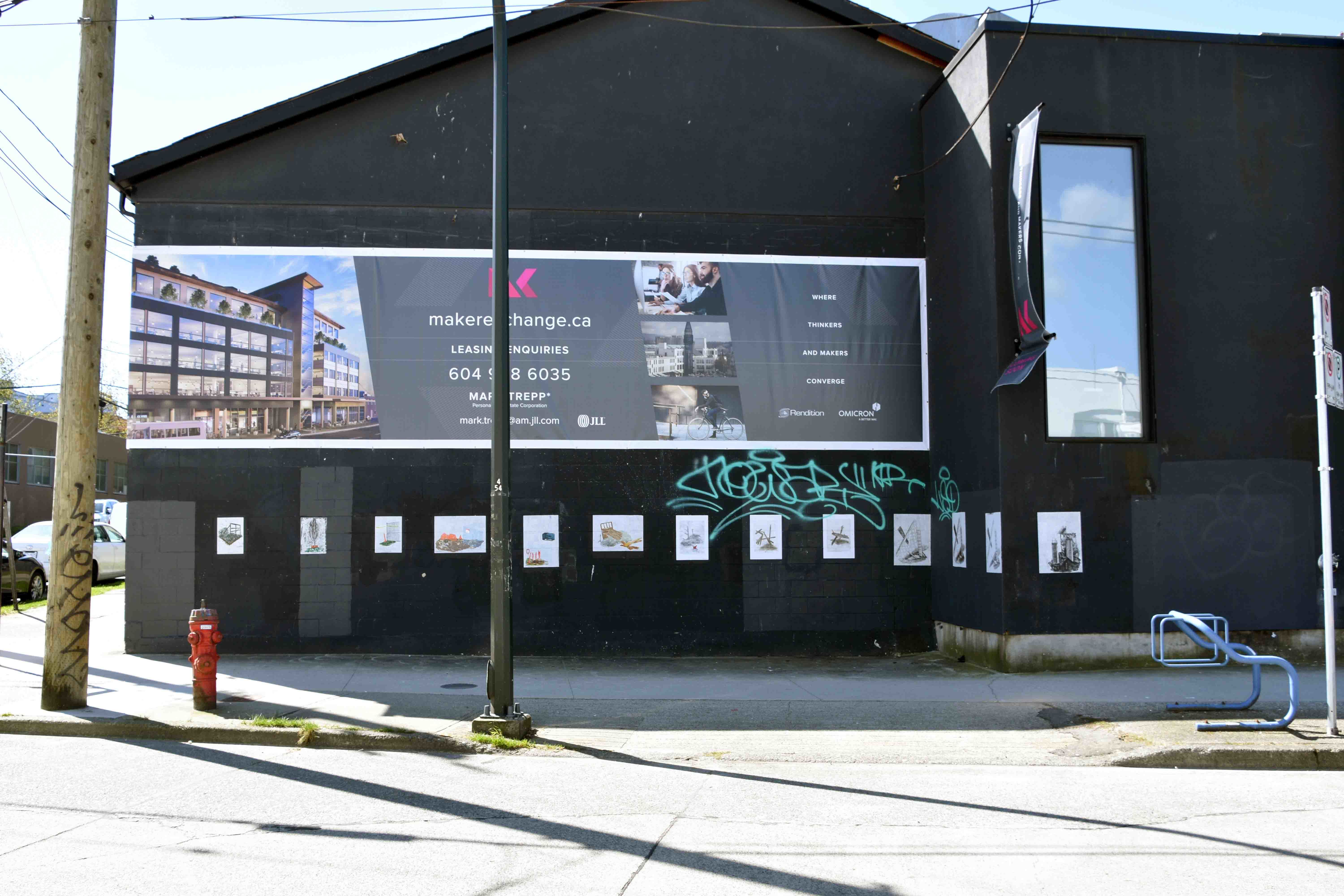 In months, years or perhaps decades, such a document is set to accumulate additional layers of significance as a record of a disappeared cityscape with which Diyan’s work initially interacted. It is therefore also a record of the entrenched politics of the built environment, and the way local histories — and therefore human experience — are lived, obfuscated or overwritten through time.

The Coming Soon! public art project was commissioned by the City of Vancouver Public Art Program as an Artist-Initiated Public Art Project. The Coming Soon! book is available for purchase through the CAG’s bookstore. You can view Diyan's conversation with Tatiana, Kimberly, Vicky and Zoë during the book launch via the CAG's website.