Photography is a perfect medium to convey the profound vulnerability of the human condition, says artist and ECU faculty member Patryk Stasieczek.

And there may be no more crucial time than now to acknowledge the radical and transformative potential of openness.

“I feel like the 2020 is a year of inward growth and vulnerability” he says. “So, what does vulnerability look like in terms of facing and unpacking systems of oppression? And how are you complicit as an individual in those systems? Or a victim of those systems?”

Photography, he adds, as “an extension of the human experience,” is an ideal place to engage with these questions. Borrowing from Francois Laruelle’s The Concept of Non-Photography, Patryk says taking pictures is “about the stance of the photographer — it’s about that positioning, that embodied, guttural instinct that you have. I call it a vector. That vector is a slice of your experience.” 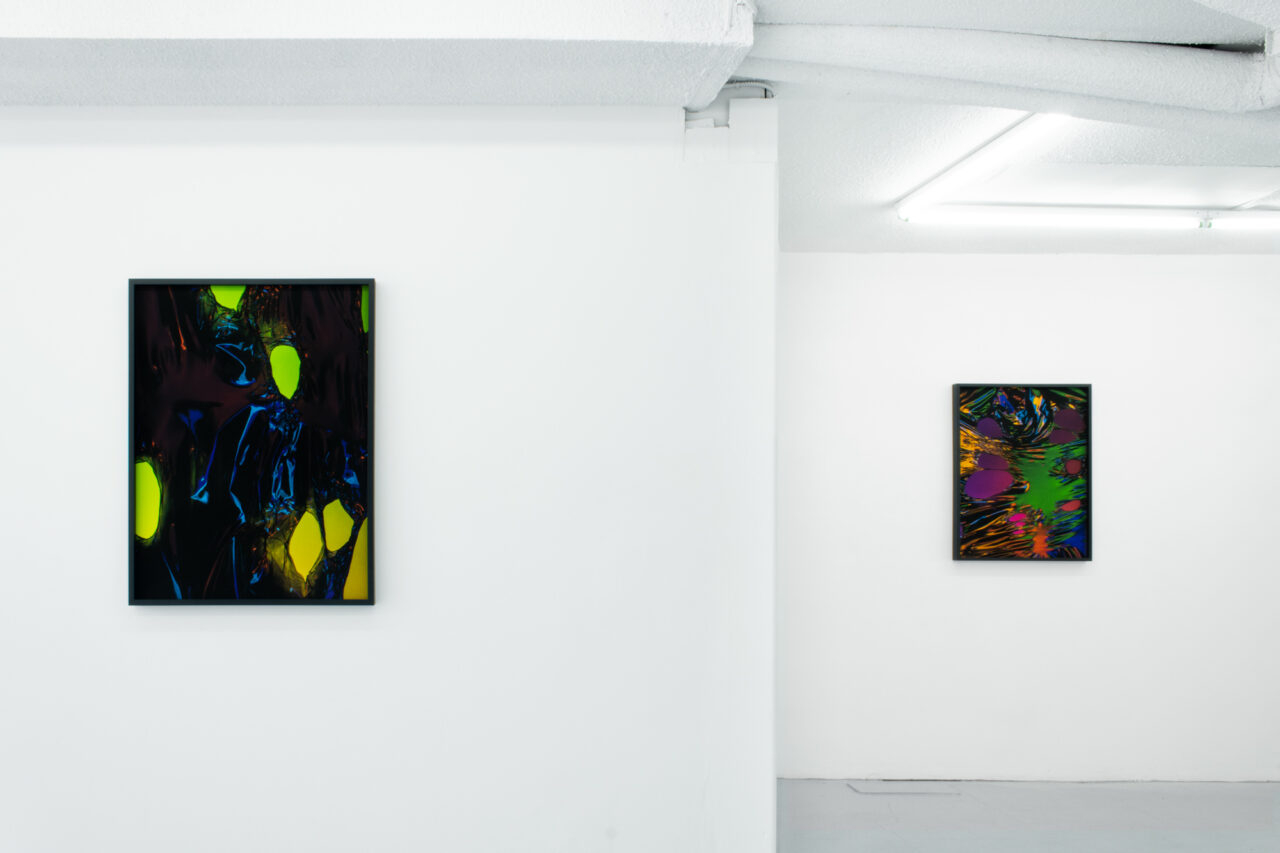 Given the medium’s receptiveness to translating the experience of being human, Patryk contends that it offers artists a unique opportunity to undertake systemic critique while acknowledging their own experience, as well as their relationships to other people and institutions.

“We’re in an era where we’re facing the legacy of depersonalized academic art practices,” he says.

“And then right now, this year, there’s this pull to really embrace the personal and deal with that vulnerability. And photography is one hundred per cent a vehicle for that, because it’s that guttural, instinctual, physical embodiment.”

Patryk’s recent work gives voice to this notion. His solo exhibition, Benign Stupor, currently showing at Wil Aballe Art Projects (WAAP) until Oct. 17, employs “lensless” photographic techniques in what Patryk describes as a “huge turn” toward the personal. Echoing Patryk’s analysis, curator and gallerist Wil Aballe writes that the works in the show “speak to a broader emotional landscape tied to praxis.” 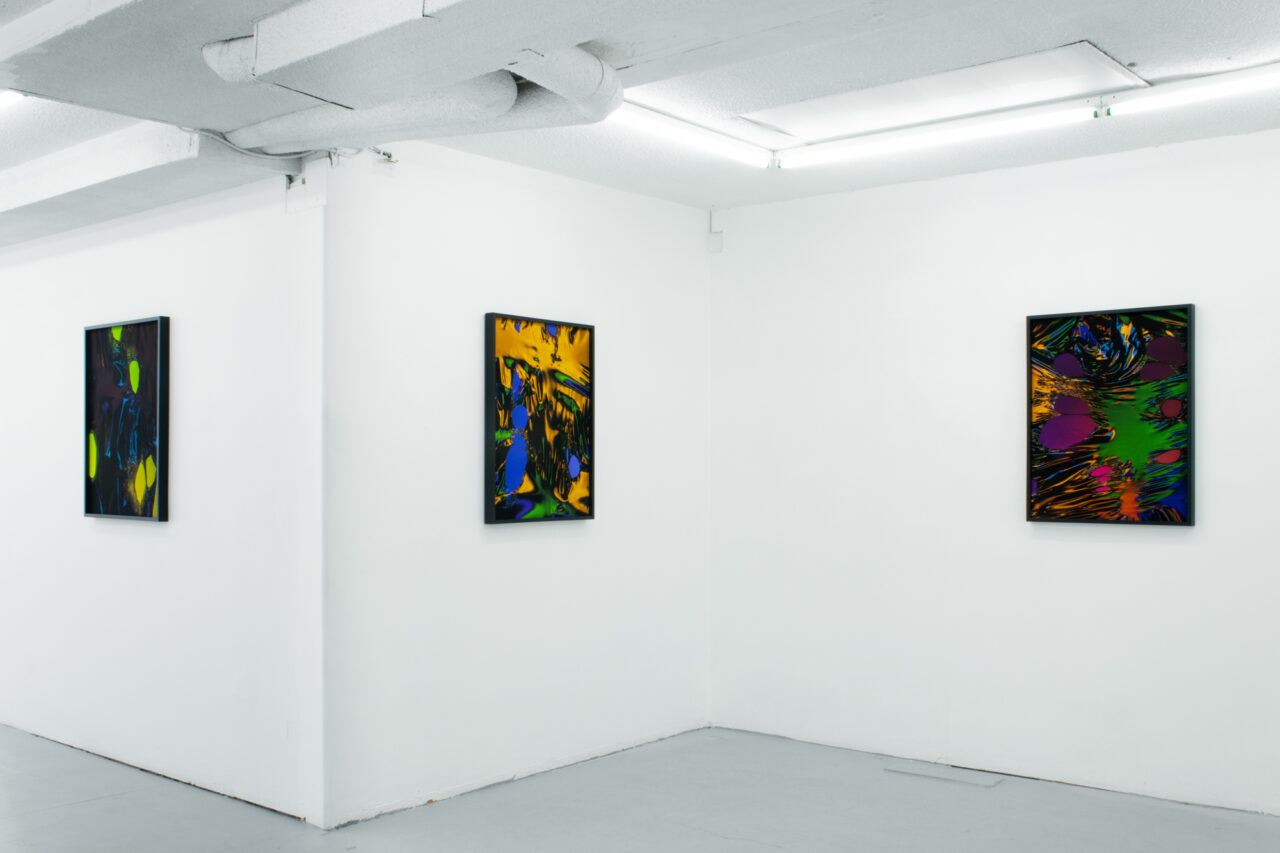 “The works are a release that lean into another space, of play, of the invisibility of emotional labour and freedom. These images are deeply personal abstractions, physical meditations that stem from internal conflicts that mingle with glimpses of hope, redemption, endurance, resilience and persistence. These works are a mechanism for understanding.”

Patryk’s assertion has emerged not only within his own recent artistic practice, but within his pedagogy as well. During a pair of summer courses taught at ECU, Patryk says he encouraged his students to take a “diaristic approach,” and “focus on the everyday.” This strategy, he adds, helps open the door for students to bring their “vector” to their work.

Ed Valenzuela, one of Patryk’s students over the summer, says photography’s relationship to vision is central to the medium’s ability to communicate experience. 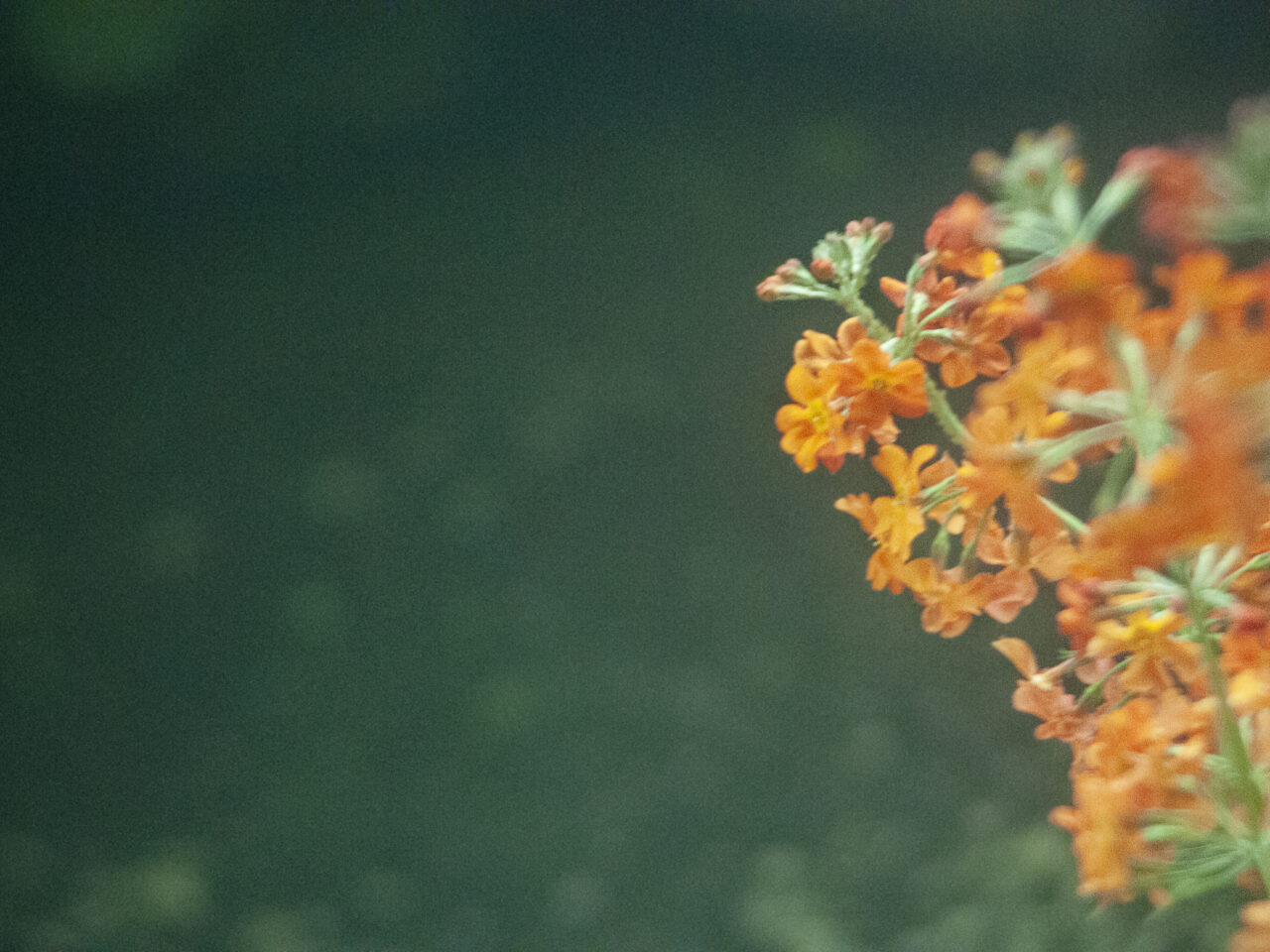 “I think in photography, the eye is key to proposing experiences and perspectives, and no two eyes are the same,” he says.

“Opinions, biases, cultural backgrounds, experiences, visual impairments, and the endless possibilities that make every person unique, shape up the way we see things … A single exposure tells the world where you were, how you were feeling — you are asking people to use your eyes as the way for them to try to see the world.”

Ed says his recent photographic practice has been profoundly connected to his “life and mind,” especially his experience as “a so-inappropriately labelled ‘minority’” of the months-long protests against historical and ongoing systemic racism and racist violence that have emerged in many places across the globe. For Ed, however, vulnerability is an outcome of photography’s relationship to honesty. 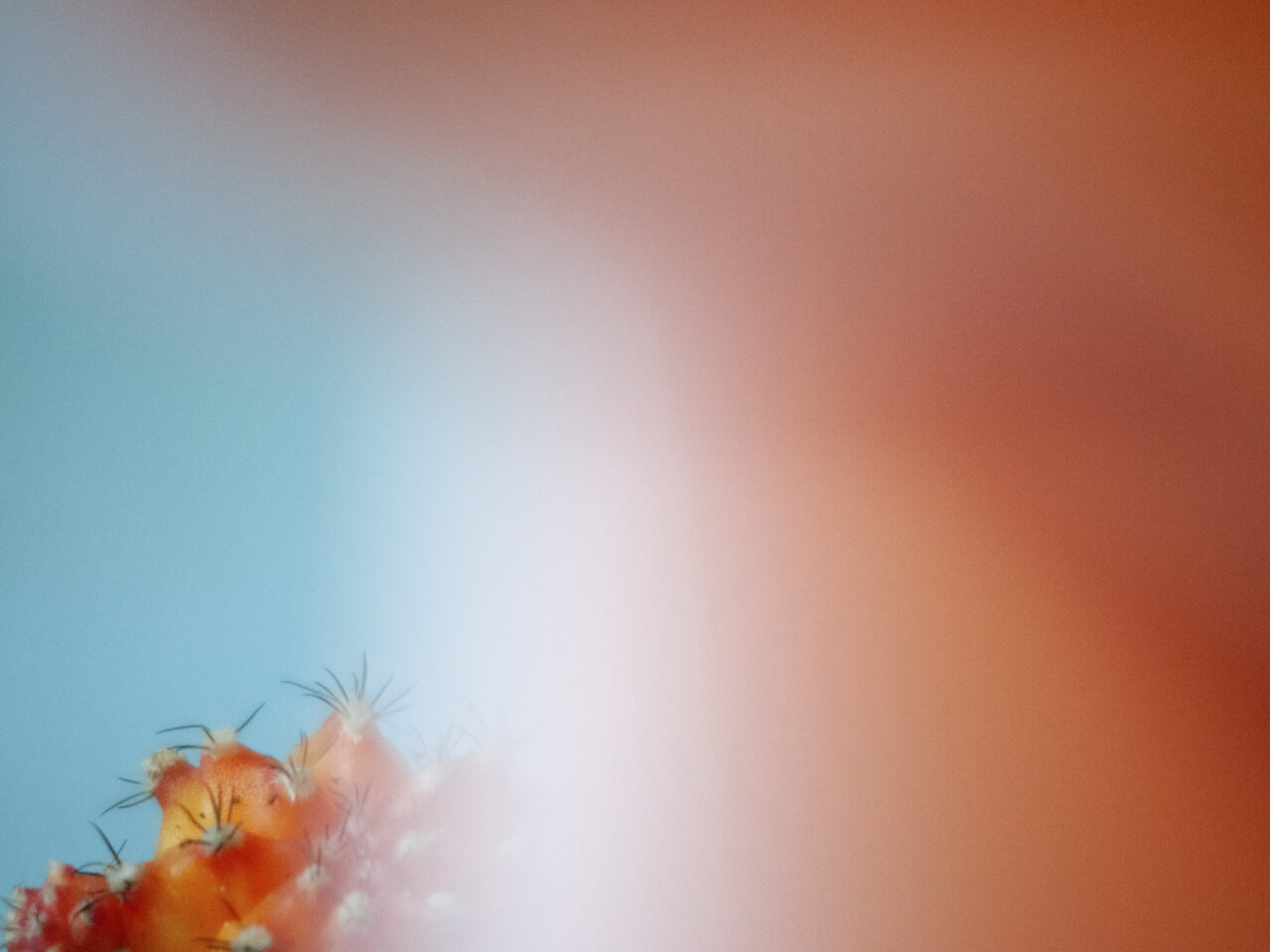 “Well-thought-out and honest — but not forceful — exposures can have the added relatability to trigger emotions and withstand time,” he says.

“A three-way connection between subject, photographer and viewer are important to confirming honesty. I would rather credit honesty as the vehicle to expose vulnerability and amplify meaning.”

The work Ed produced for Patryk’s class clearly displays this forthrightness and careful consideration. A series of closely cropped, tightly focused compositions reveal glimpses of flowers or hair, and allow for a blurred suggestion of the world or even possibly flesh in the very near foreground or distant background. They are both tender and unflinching, treating their subjects with care while bringing the viewer reeling into depicted space that is at once abstracted and highly charged. 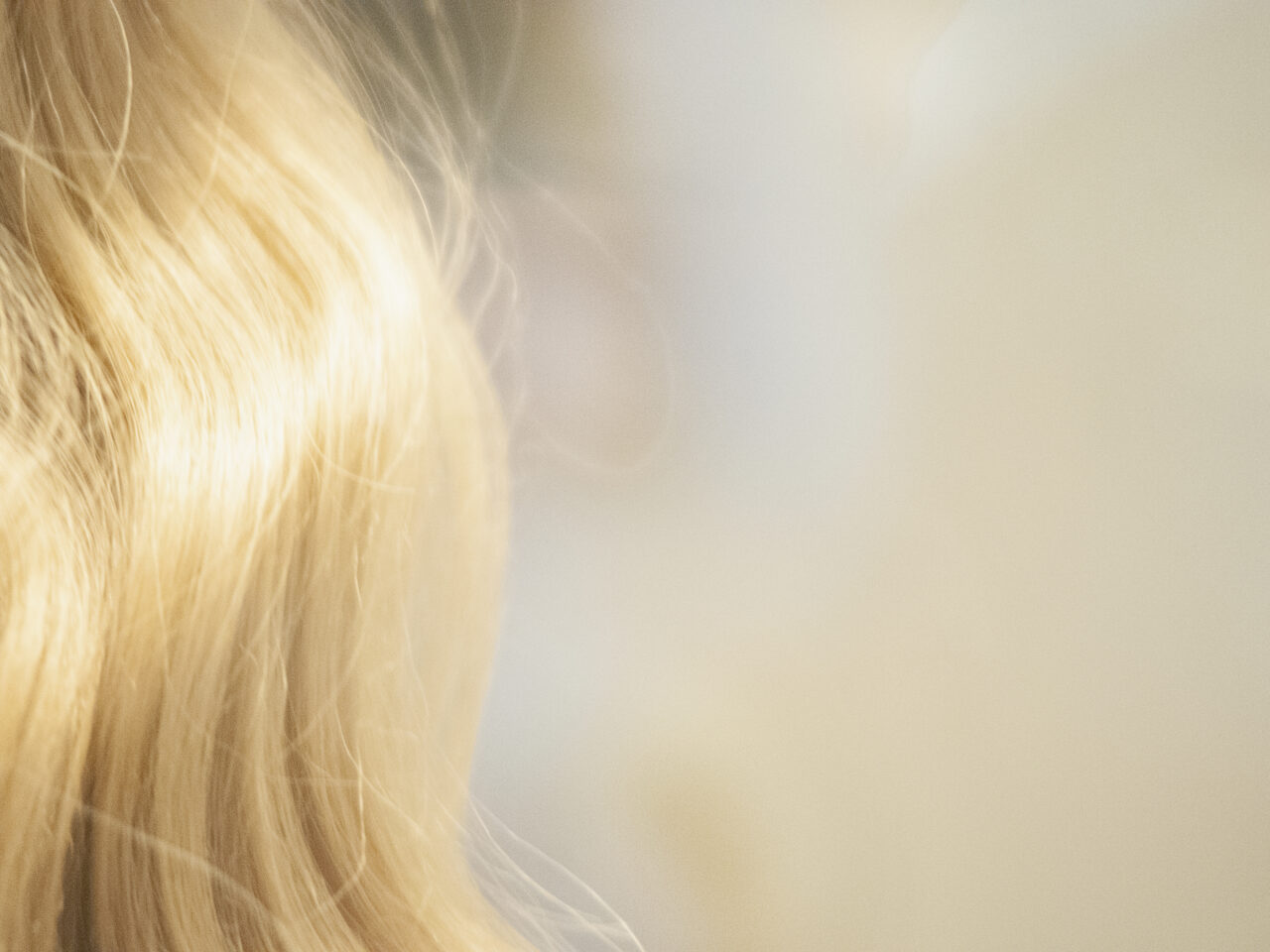 Arina Sin, a student in another of Patryk’s classes, says her work is likewise bound up with an intimate investigation of her relationship to self.

A series of works produced over the summer, entitled Taking Up Space, show the photographer folded into, onto, under and around different spaces and objects in her home, her face obscured. The portraits are funny, thoughtful and restrained, as well as compositionally stunning.

“To be photographed is to be seen and vulnerable, so this series definitely acts as a humorous conversation with myself, of embodying the inanimate, as a way of comfortably existing and being within the physical space of the lens and physical space of environment,” Arina says. 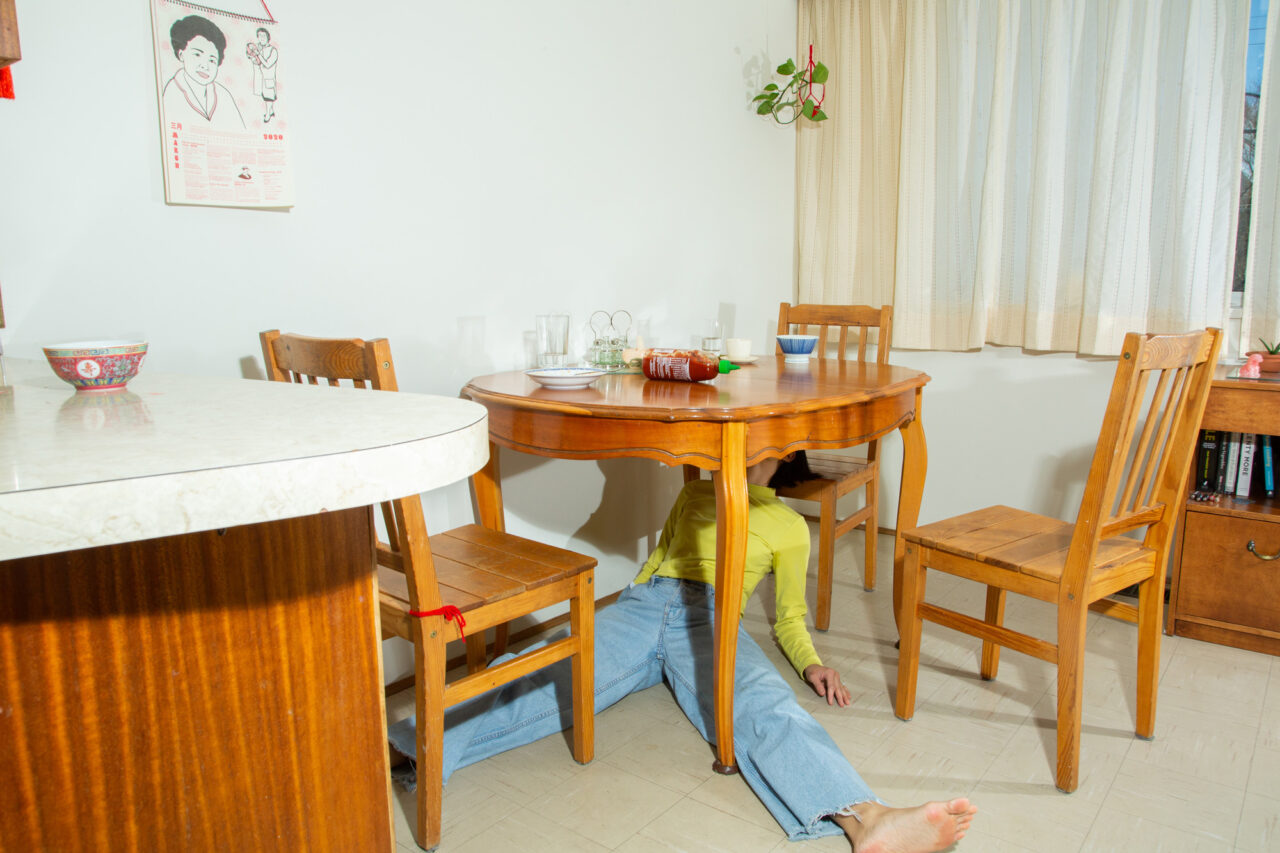 Photo by Arina Sin.
A photo from Arina Sin's 2020 series, 'Taking Up Space,' submitted to Patryk as part of Arina's classwork, created during lockdown.

Like Ed, she links the concept of vulnerability in photography with a process of artistic honesty.

“The self-portraits truly took me into a place of vulnerability both of sharing myself with the lens and the viewer, and being honest with the healing processes I was going through in the time of this series,” she says.

“I was unpacking the toxic ways I addressed myself, the ways I made myself smaller … Using photography as a ritualistic and performative medium for unpacking and navigating vulnerability helped me explore the power of photography in what it can mean for the interior space and self.”

For Patryk, Ed and Arina’s works demonstrate how contemporary photography can conjure and express searching, earnest affect, both for the viewer and the artist — a function the world could us more of, he suggests. 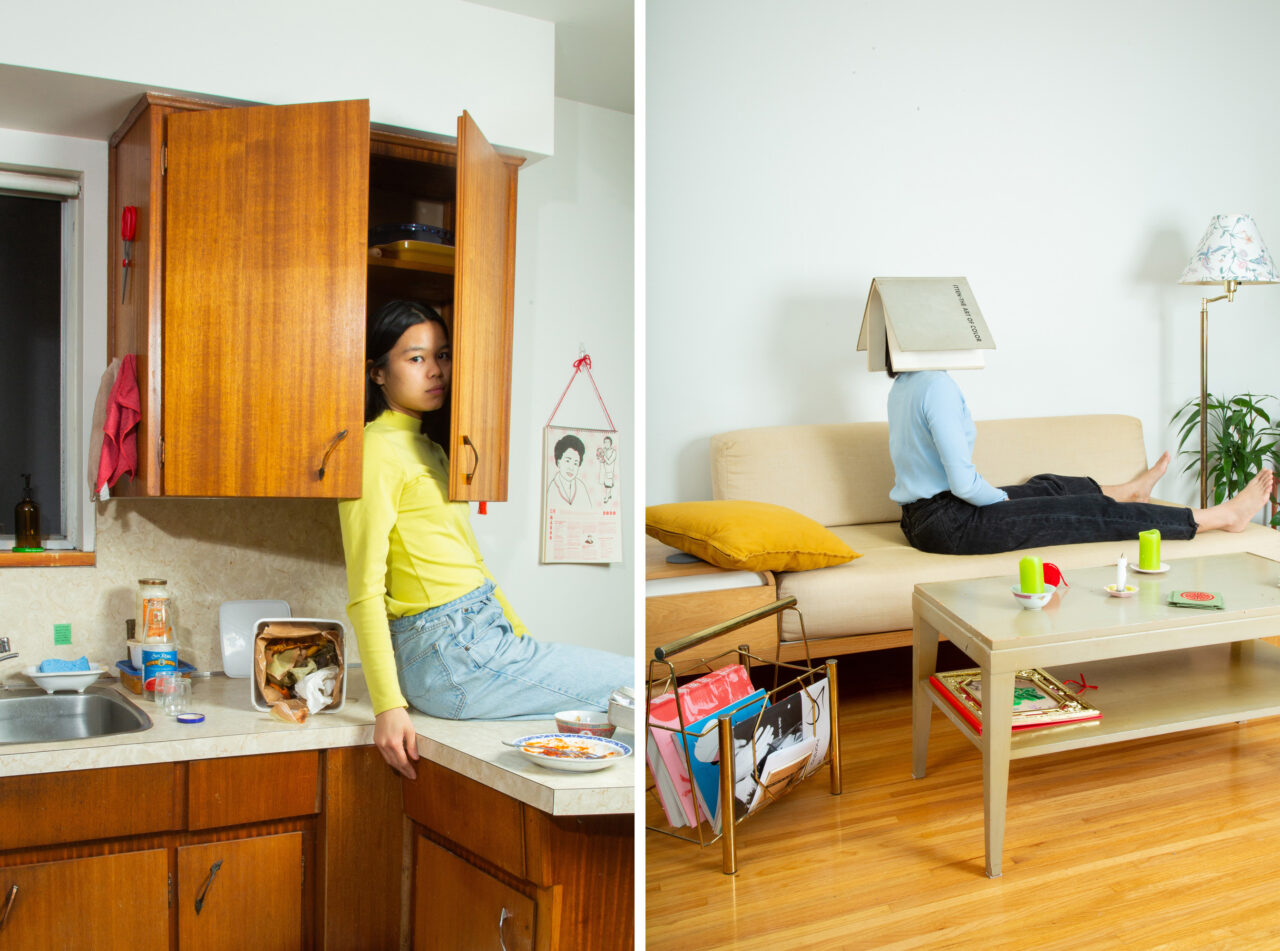 Photos by Arina Sin.
Photos from Arina Sin's 2020 series, 'Taking Up Space,' submitted to Patryk as part of Arina's classwork, created during lockdown.

“Why do always need to separate our selves from our practices?” he asks. “Look at this separation. Look at how it's manifesting in society.”

Referring to an interview he’d recently heard, Patryk zeroes in on what he sees as a fundamental desire that lives at the heart of authentic human pursuits.

“I think that, as people, what we want — we just want a connection,” he says.

“The person being interviewed said, ‘That’s all that people want.’ But then she used the commodified, depersonalized, performative aspect of image-making and social media as a means to say, ‘That's not the connection. The connection is being with each other.’ And I think that's what I'm trying to teach in photography: being with that image, being in that process of contemplating form, space, light, but also desire, subjectivity.” 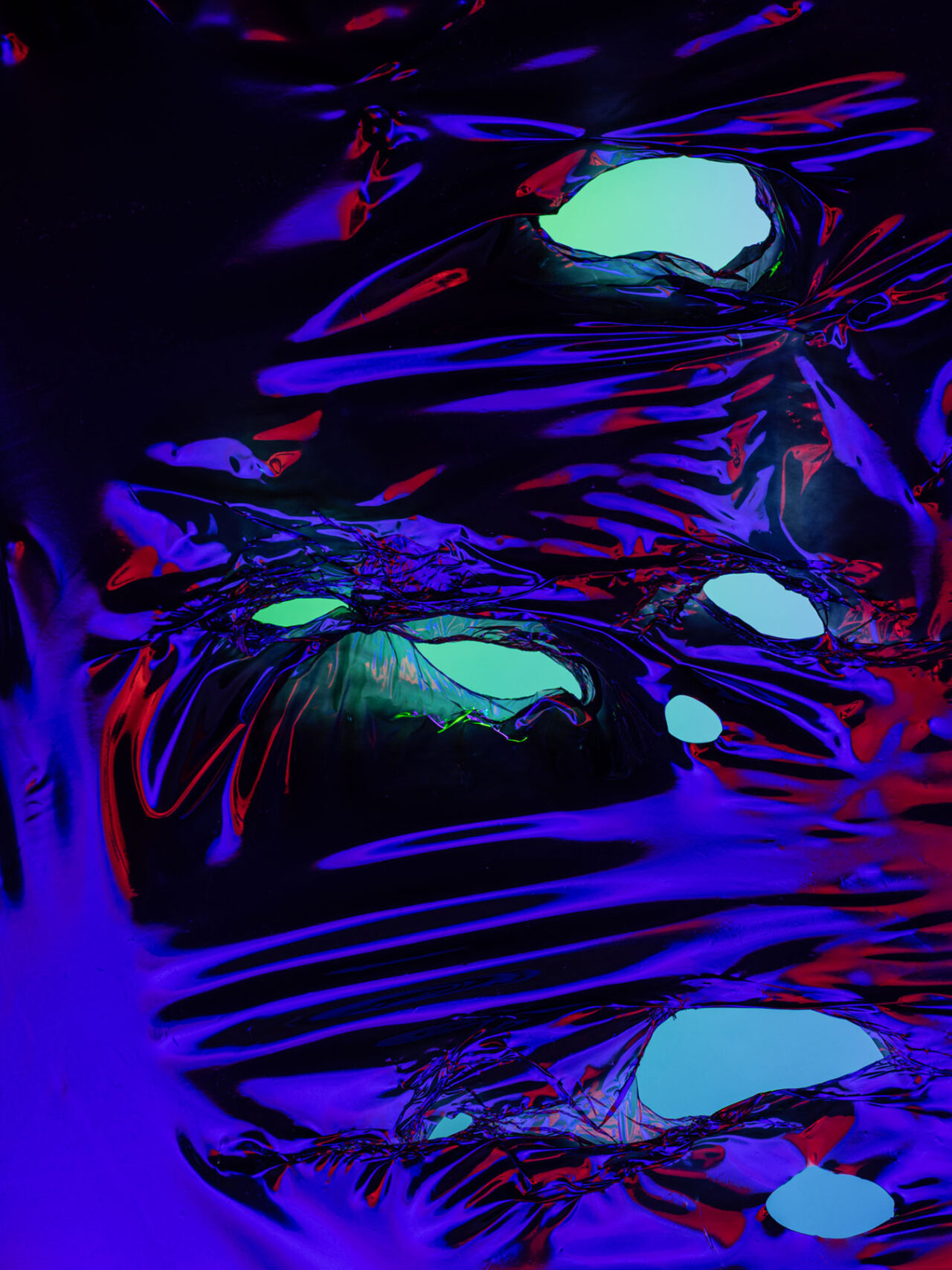 The practice of creating and sharing images, in other words, needs to be approached from a place of honesty and deep reflection — with an eye to communicating or dealing with one’s vulnerability — to avoid the pitfalls of commodification and depersonalization inherent to mainstream platforms of communication, such as social media.

“I believe that photography as a technology is an extension of being, because it enables a capacity for understanding, it enables a capacity to witness, and everybody has that desire,” Patryk says, noting thoughtful conversation about such works is one way to build connection around expressions of vulnerability. This kind of connection, he adds, can become part of how an artist grows and moves forward.

“In the context of being in a classroom, or where you have an opportunity for critique or workshopping or feedback, you get a response, and then you get to understand how other people approach your ideas and then that fuels you to move forward while carrying that response,” he says.

“That's what I want. That's really what I try and teach. And it’s nice to witness that.”