Bloom, a film written and directed by multidisciplinary artist Sara Page (BFA 2020), has been selected to appear at the 2020 New West Film Fest (NWFF).

The 11-minute short, completed in 2019 as part of Sara’s studies at Emily Carr University, follows a woman whose obsession with changing her appearance becomes increasingly dire — a narrative arc Sara says evokes themes of insecurity, superficiality and self-destruction, all driven by unattainable standards of perfection held up by society as a model of beauty.

“The plot of Bloom is interwoven with underlying motifs of low self-esteem, self-loathing, sentiments of inadequacy and a fear of aging, or becoming less desirable with age,” Sara says. 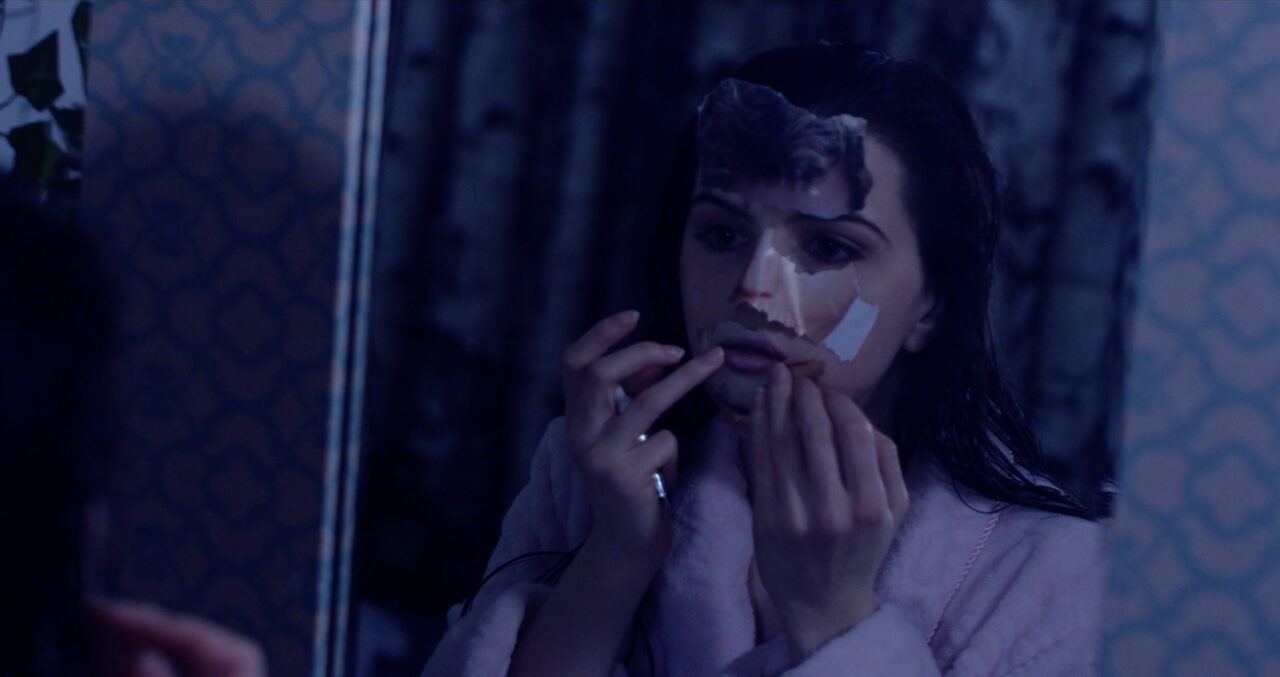 “It is clear that the character despises herself and she will do anything to become perfect and stay beautiful forever. Society engulfs us with idealist, perfectionist content — stereotypically ‘beautiful,’ often youthful bodies to gaze upon — and while there is an increasing breadth in media representation, not all bodies are yet represented as equally ‘beautiful,’ or valued enough. This type of content and thinking can evoke harmful messages for individuals, and trigger destructive self-criticism.”

Sara was keen to explore the unhealthy motivations that often compel people to change their bodies. Such behaviours, she says, can “fragment” a person’s sense of self and identity — a process literalized in the film by lead actor Billie Baird, as she tears apart magazines, pasting pictures of body parts overtop of her own face while peering at herself in a dark mirror.

In a director’s statement, Sara further notes the formal techniques she uses to convey her themes, including discordant focal lengths (which blur the image); placing visual barriers between the actor and the camera (including veils, reflections, or even makeup); and designing her shots to distort, cut-up or diminish the size of the actor’s body.

“Saturated colour palettes and surreal comedy are other elements I use to convey my own questions and explorations of existing social realities,” she writes. “My methods enhance the recurring themes of isolation, loss, and claustrophobia in my films.” 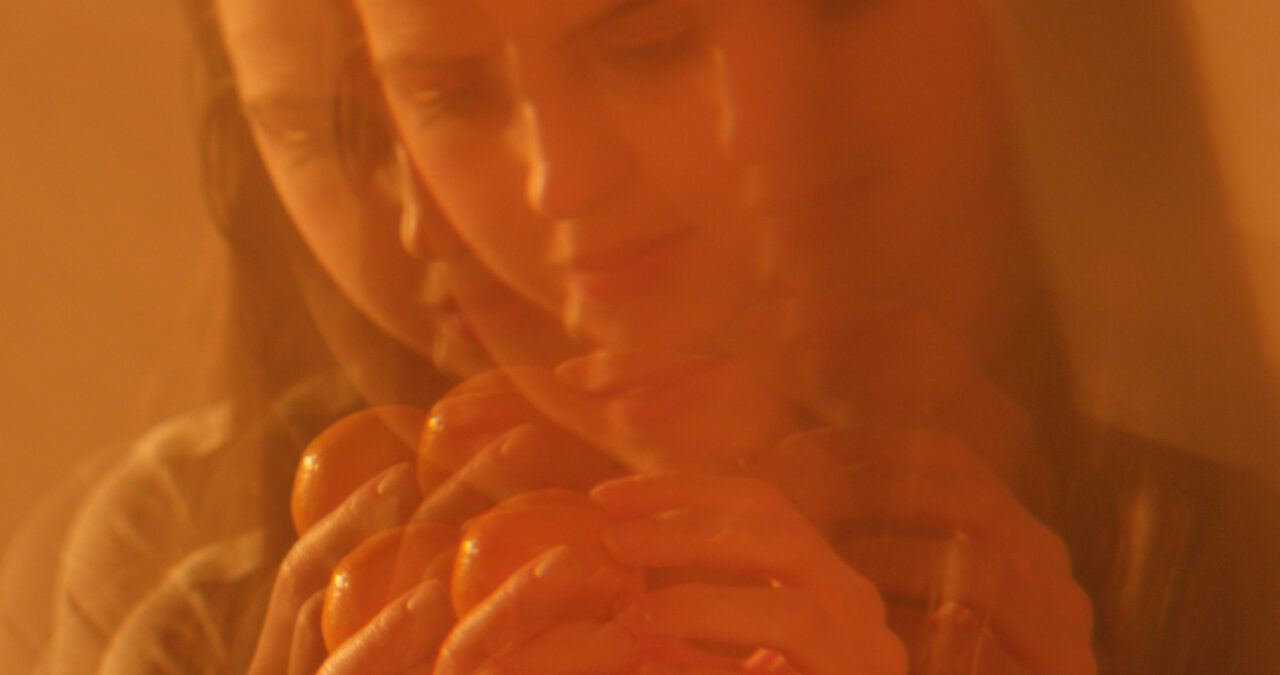 Sara, who is also a musician and composer, also partially scored the film. While a direct line cannot explicitly be drawn between her film and composition practices, she says there are a number of ways in which they intersect.

“I like to play with tempos, rhythms, and timbres (musical colours), and music composition and art are highly interconnected for me,” she says, adding she “sees colours” when she listens to music, and often hears sounds when viewing art — a perceptual phenomenon known as synesthesia. The crossover between the visual and auditory, however, doesn’t stop there for Sara.

“It is relevant that while I was taught in music theory classes how to analyze various kinds of music from different time periods, my composition training focused on contemporary modern practices, and I prefer to explore structures in screenwriting that bear similarities to my contemporary composition methods,” she continues.

“I don’t always present story content or musical ideas in a linear fashion, or there are often multiple story lines or themes present, and they might evolve at different speeds simultaneously.” 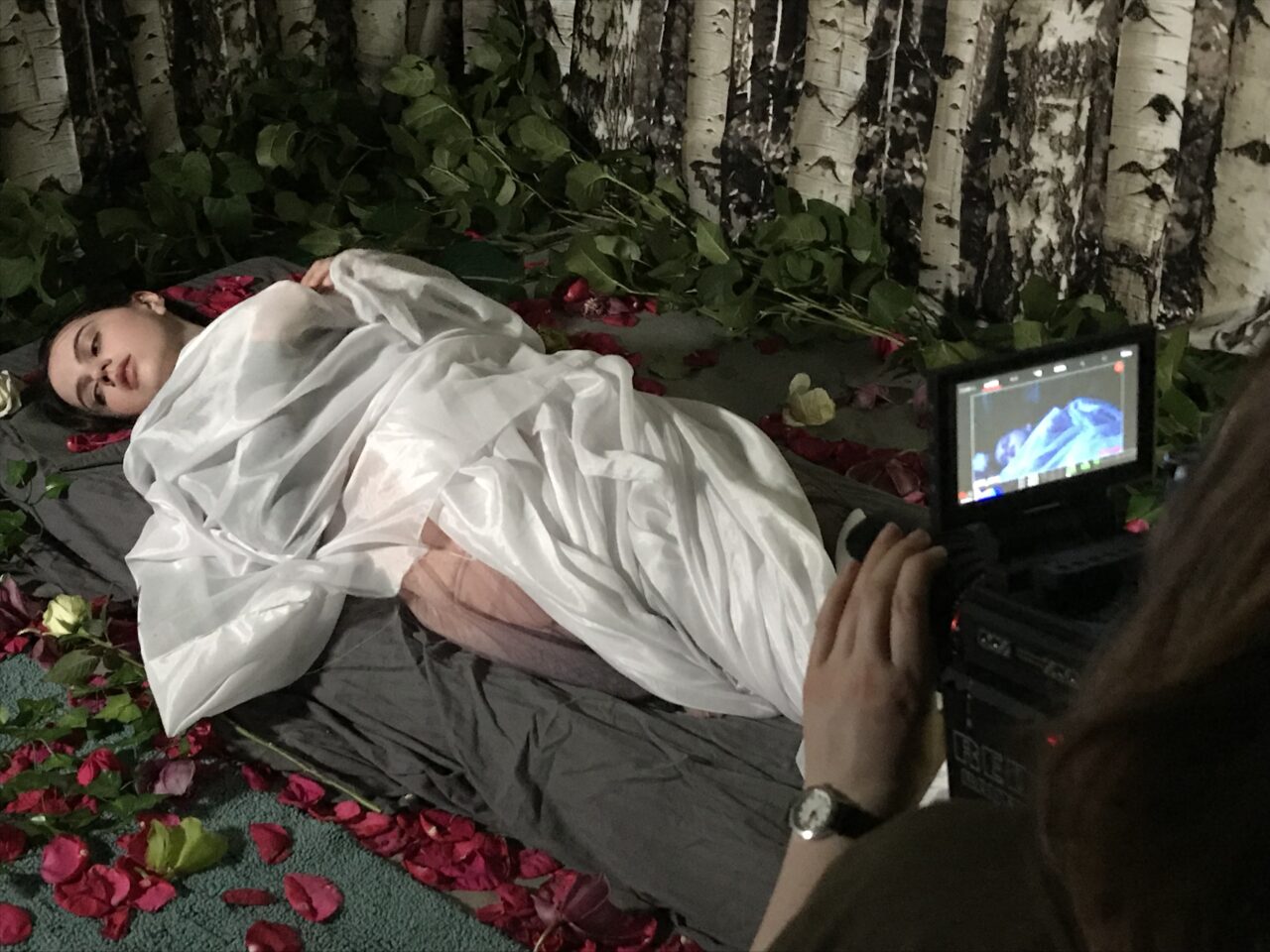 As the Oct. 16 launch of the 2020 NWFF approaches, Sara adds that it is “an honour” for her to have Bloom included in the festival alongside the works of talented colleagues.

“Taking part in the New West Film Fest is a chance for me to give back to the local community through artistic expression,” she says.

“I hope audiences can enjoy the visuals and sounds of Bloom but also be spurred to considering how we as a society sometimes put unhealthy pressures on each other and ourselves. The character in Bloom shows us that her obsession is ridiculous and unhealthy; she doesn’t need to suffer.”

Tickets for the NWFF showing of Bloom are available for purchase through the NWFF website.