Previously focused on creating ceramic works that more closely resemble vessels (such as pots and vases), Benjamin — a student in ECU’s Low-Residency MFA program — says he has shifted from creating works that “contain a void” to building forms and structures that exist “within a void.”

“These line sculptures were borne out of trying to think about how you fill volume in space with structure,” he says. “The vessels, I view them as a metaphor for the human condition. But the inside of the pot has been an interesting place to think about — this void, what should be there?” 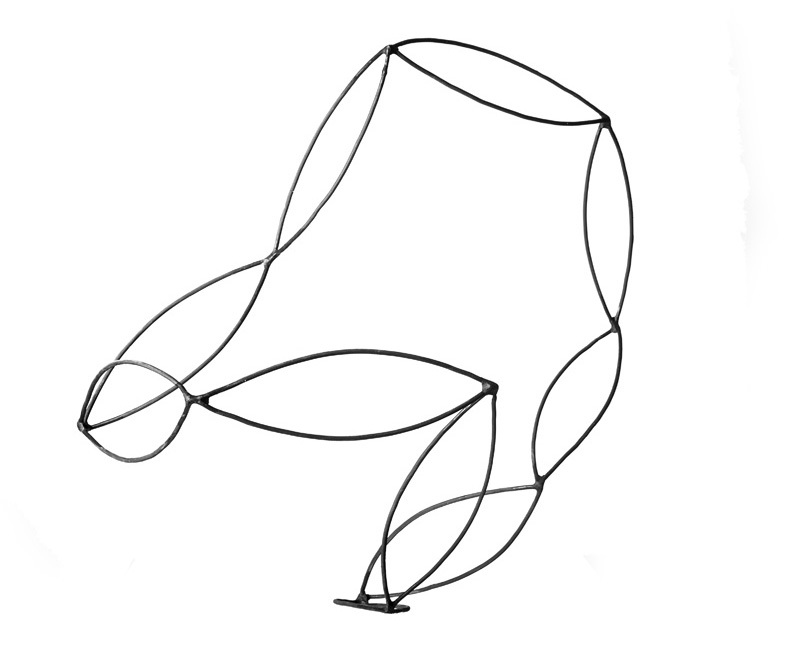 His inquiry into that question has produced a number of gorgeous, sinewy, arcing forms that sometimes trick the eye into seeing both a two-dimensional and three-dimensional structure, depending on the light.

Their fragility floats in mysterious tension with their decisive claim over the space they occupy. The construction of each form via the combination of smaller, discreet shapes recalls the twentieth-century painterly strategies of the German Expressionists, the Fauvists or the Cubists — Matisse’s cutouts, Picasso’s line drawings or Karl Schmidt-Rottluff’s portraits.

Benjamin says his process is intuitive, drawing very much on the “haptic” (relating to the sense of touch) qualities of the materials he works with.

“Normally, I stack a line sculpture up like a chess game,” he says, adding he’ll work on four or five sculptures at a time, making moves with each one until they’ve all reached a certain, intuitive point. He then goes back to the first one and continues to bring them all up to the next stage.

“It’s like I’m problem-solving in sets. There’s decision-making happening that I’m not always cognizant of. It sounds like you’re giving up control to the material, but the material responds too, and you’re constantly making adjustments.” 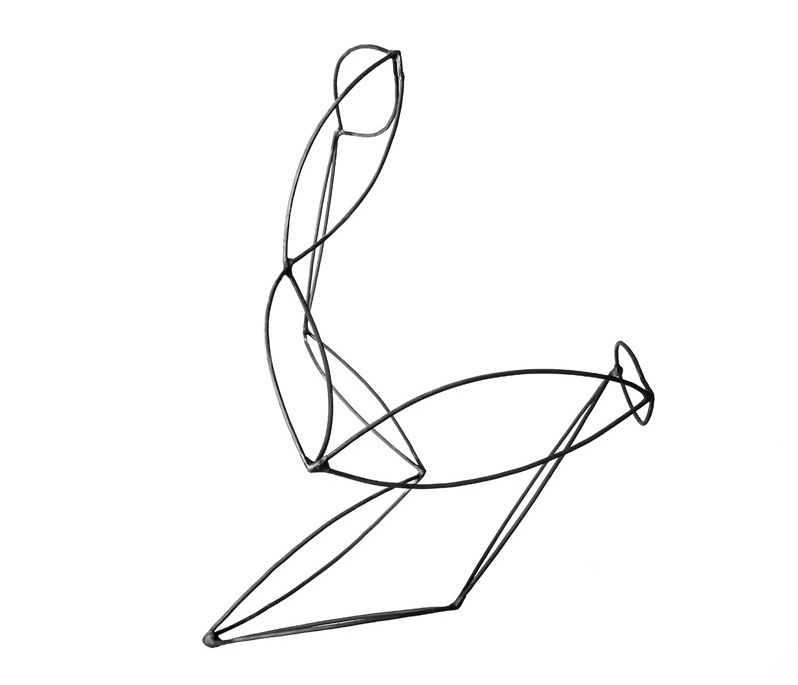 He likens the process to that of a jazz musician, who learns structure, technique and scales, and then improvises within that infrastructure.

As with any innovator, Benjamin notes he’s had to invent techniques to create the “vitrified” porcelain works. And as with any work of art, he says the real magic happens when you see them in person — particularly when they’ve been suspended in the air, rather than set on a plinth.

“Being able to hang them and suspend them was a nice surprise,” he says. “When you articulate a line in three-dimensional space, the kinetic element, that motion, helps reinterpret the object as it shifts and changes. And you can hang them all in different ways.”

Summer 2020 will see Benjamin return to Emily Carr University for the second residency of his MFA degree. 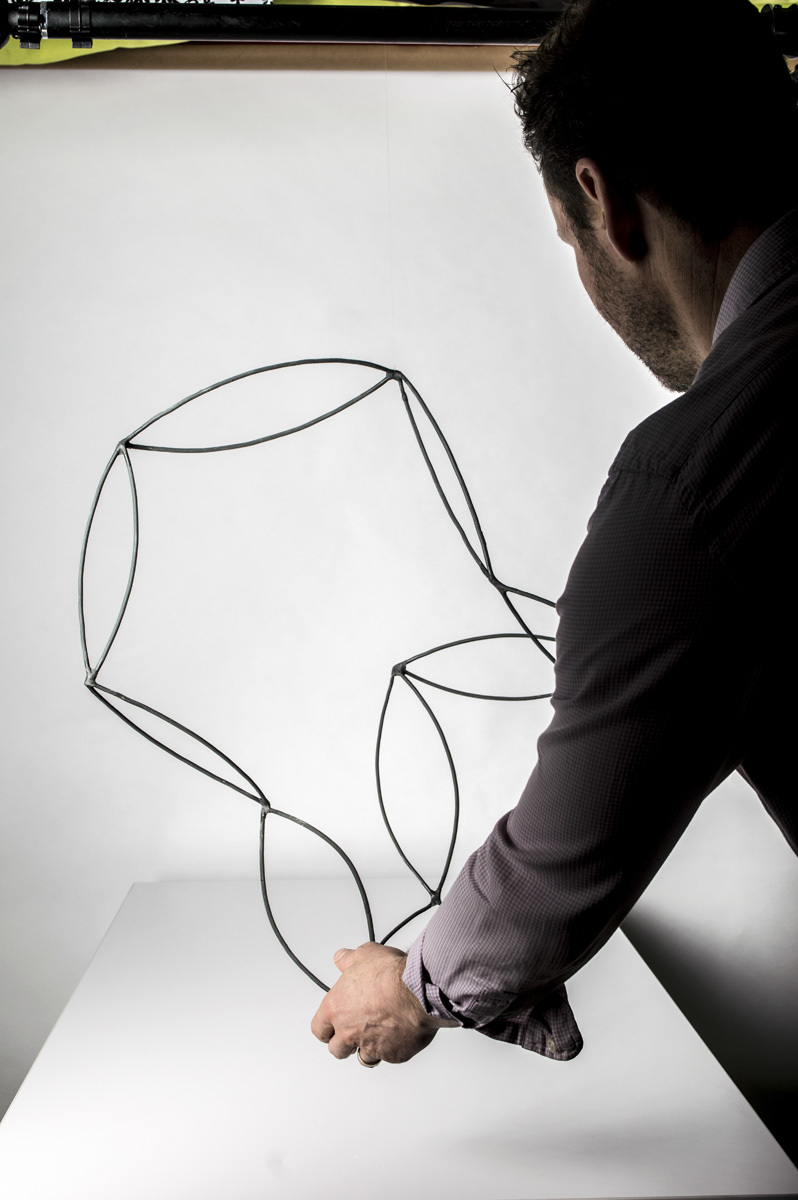 Benjamin Oswald places one of his line sculptures on a plinth