The fellowship granted printmaking materials including plates (linoleum or woodblock), paper, and packaging to ECU undergraduate students Ruby Lewis, Kai Liu, George Macrae, Mickey Morgan and Yuan Wen. Once the students’ blocks were carved, an edition of 10 to 15 printswas produced by artists and ECU faculty members Sara-Jeanne Bourget and Mark Johnsen in their Patio Press studio.

“It has been so refreshing and exciting to print for this first round of student fellows and we’re so impressed with the high level of work amongst the applicants and the resulting prints,” Sara-Jeanne and Mark, who spoke to ECU as a pair via email, said. “We are looking forward to the continuation of this project in the coming year — hopefully the word is getting out.”

Patio Press first began as a virtual residency during the early days of lockdown, inviting artists to mail in plates to be printed on a small Conrad etching press. The Patio Press x ECU fellowship followed a similar pandemic-conscious process, with Sara-Jeanne and Mark interacting directly with the students’ work, but not the students themselves.

ECU’s Print Media technicians helped the pair set up a contactless Patio Press drawer at the university, where supply packages were left for the students.

“Within a few weeks, their carved blocks would reappear — it felt like magic,” they said. “Another week would pass by and we returned with prints and handwritten notes. As a final touch, the students left two signed works back in the drawer.”

This process, the pair noted, was not entirely painless, as memories of days spent working in closer quarters with students and colleagues were stirred by the fellowship.

“For us, as instructors and makers, it’s been difficult to be removed from the physical work of our students,” they said. “This fellowship has reminded us of the days of working in the studio amongst the ECU community.”

The fellowship also brought some unexpected joys, including putting the students squarely in the driver’s seat regarding the evolution of their works.

“It felt like a welcome role reversal between student and instructor,” they said. “It’s been fantastic to have students clearly define what they want out of this fellowship, and we enjoyed taking directions from them to ensure their editions came out just right”

Below are the fantastic works from four of the five Patio Press x ECU fellowship recipients, with short descriptions. Work by the fifth recipient, Ruby Lewis, was used at the top of this article. About that work, Ruby says, “This project is composed of an image of the woods near my house and of some interesting industrial metal I saw in an alley. I wanted to combine the contrasting imagery in a playful and surreal way.”

One print from each edition is also being kept in the Patio Press archive, while another is on its way to the Special Collections archive at the Emily Carr Library. You can also view these works, alongside works from other Patio Press residents, on the Patio Press website or on their Instagram. 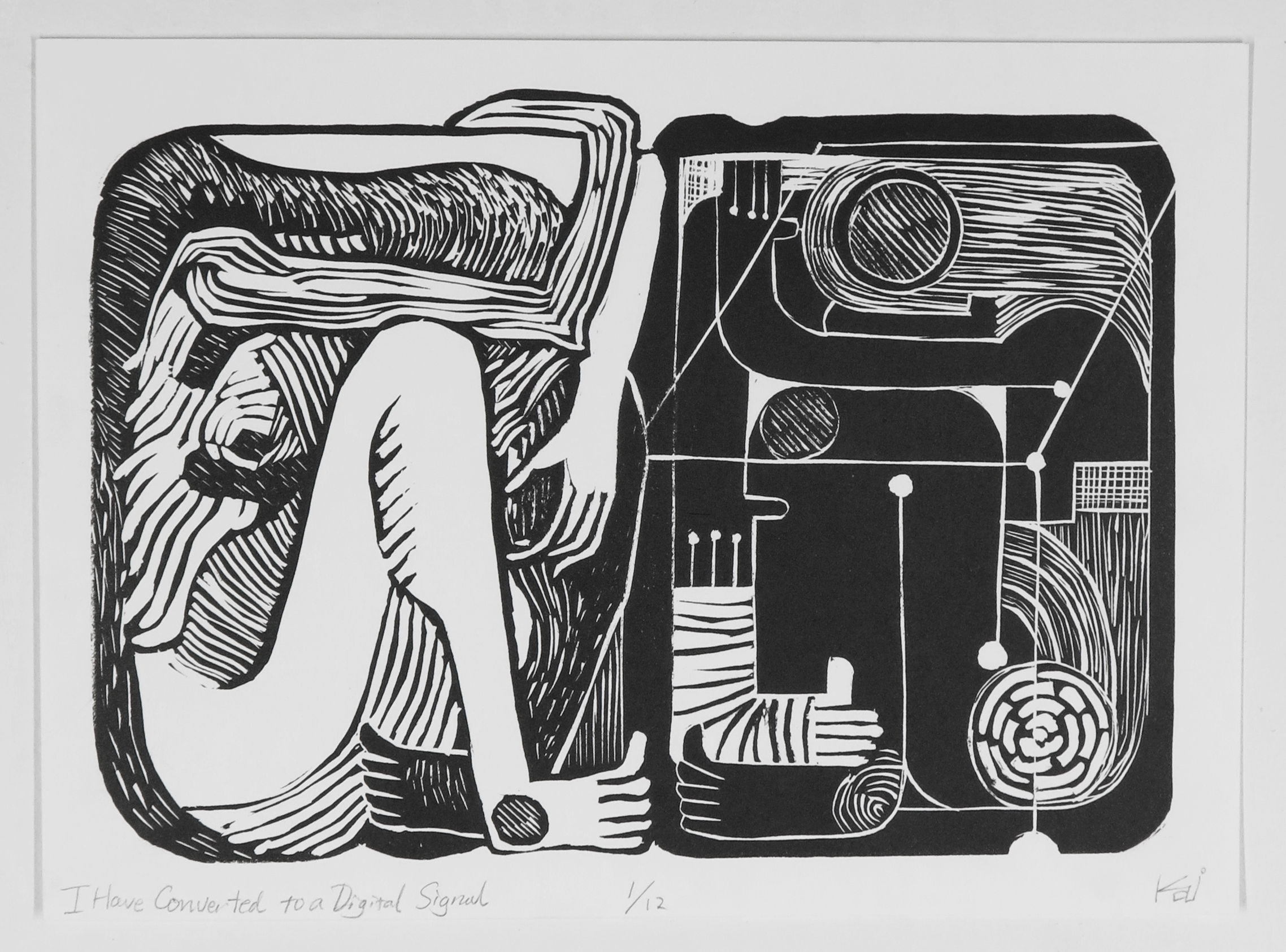 Kai Liu recently graduated from Langara College Fine Arts. He transferred to Emily Carr Visual Arts year three to complete his BFA, with a concentration on printmaking and drawing.

About this piece, Kai says, “I want to express my struggle with the digitalized life that we may have to face forever in the future.” 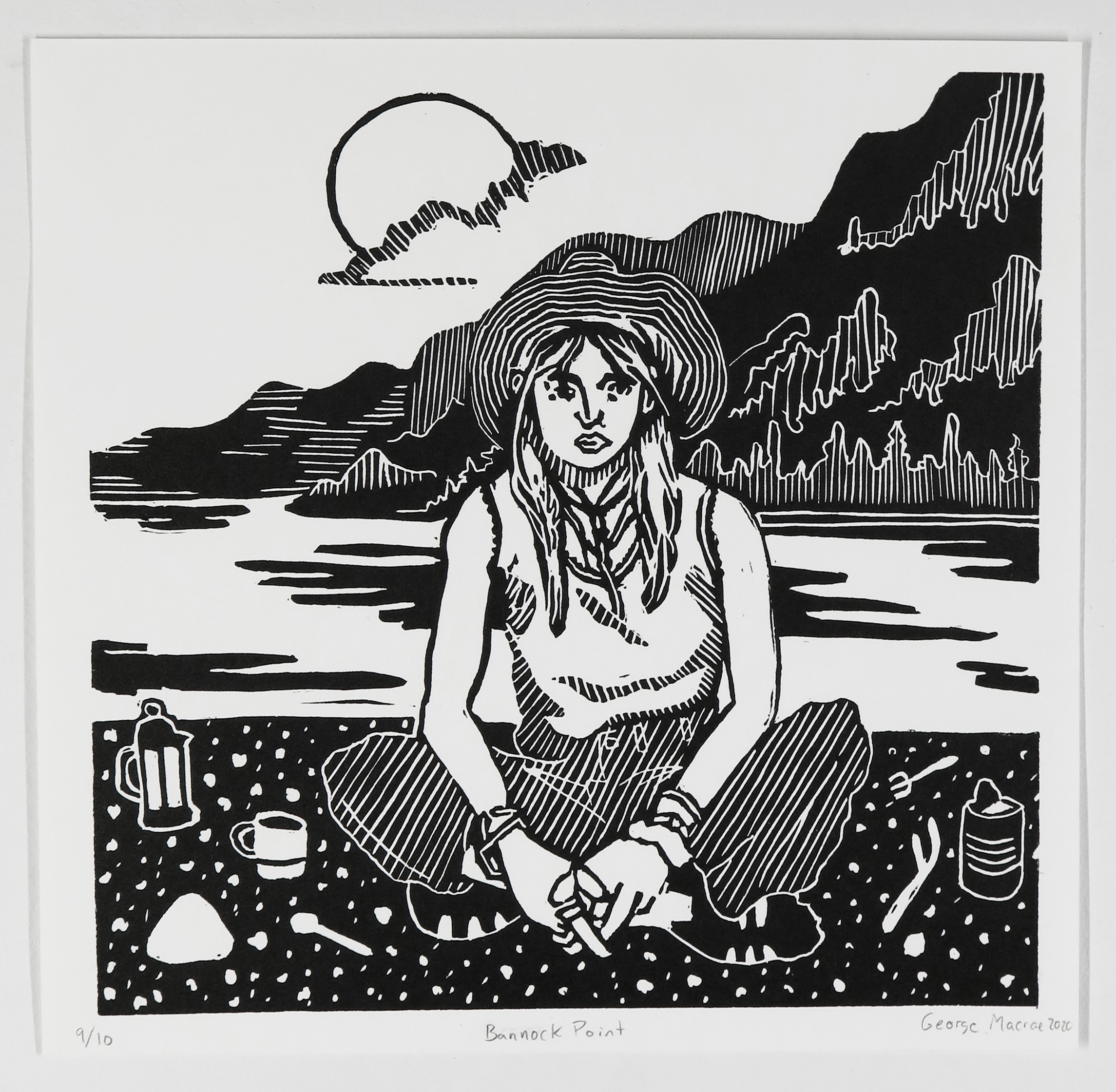 George Macrae is a third-year communication design student who is interested in printing, illustration, art and design. Carving a lino was a relatively new process for him. He took this opportunity to pick an illustration from a series he has been working on, exploring his experiences over summers, as a tree planter, meeting people with varied lifestyles, and exploring Canada’s vast geography. 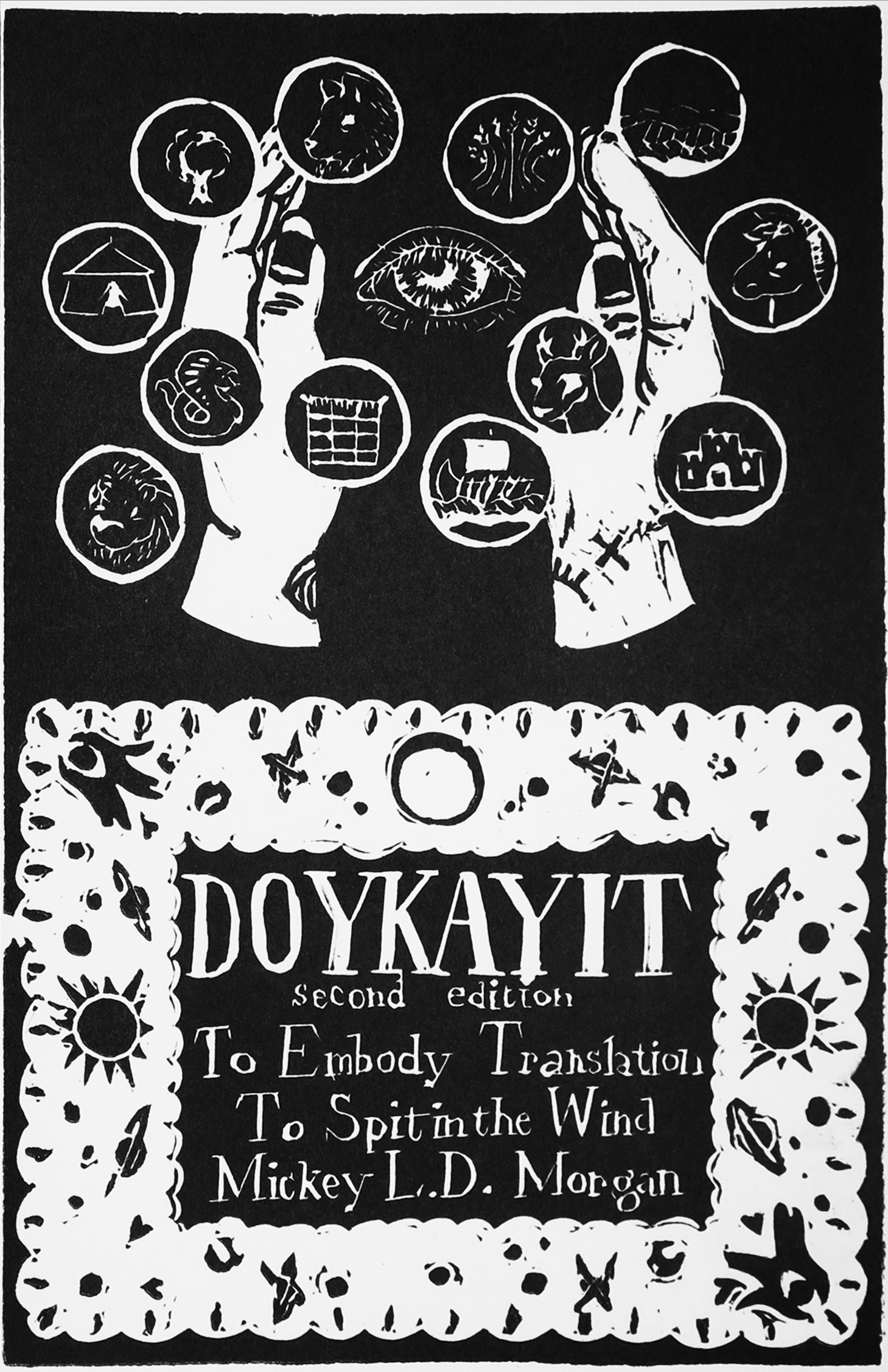 This print is by Mickey Morgan. It is the cover for a book entitled DOYKAYIT, written on the subjects of diaspora, rage, love and understanding their Jewish community.

About the work, Mickey says, “I’m fascinated by the use of print to disseminate information, engage with community and disrupt norms. In particular, I love guerilla wheat-pasting and dropping zines around public places and in our local libraries where they can be accessed by the next generation of radical folx.” 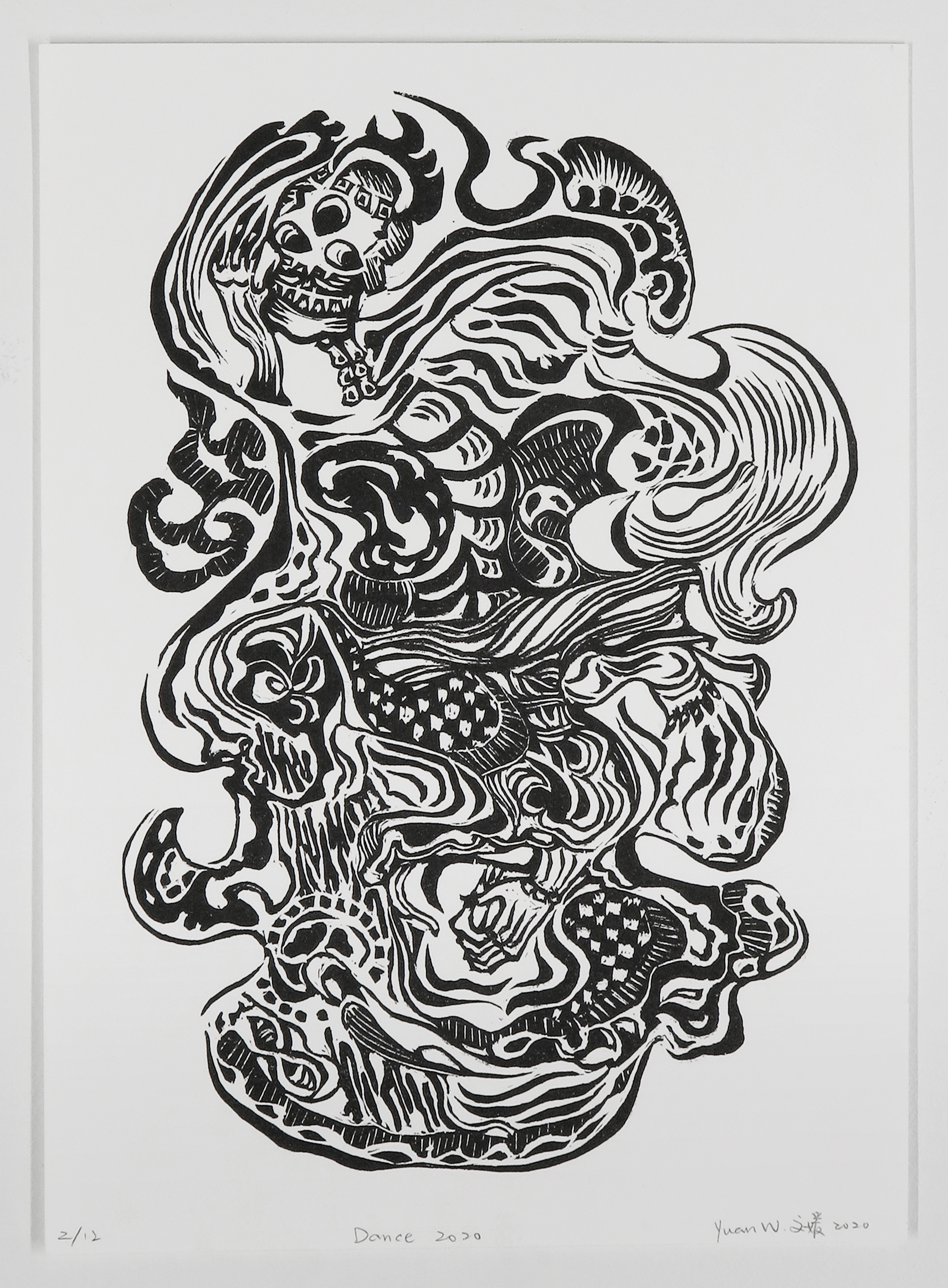 About her fellowship work, Yuan says, “My inspiration is from the theme Triumph of Death that has been depicted many times in history during several pandemics. A triumphant skeleton is dancing among various patterns that represent a chaotic world. Every living being will face death but not everyone will think it often. When we confront the pandemic, death makes us concerned about how to live.”