It is the mid 1980s. An exasperated Emily Carr instructor sends Attila Richard Lukacs to the Granville Market, thinking ‘he can’t possibly find anything obscene to sketch at the market, can he?’ Attila returns a couple of hours later with these wonderful, gory renderings of slabs of meat, cementing his reputation as the preternaturally talented enfant terrible of the class.

This anecdote begins David Vaisbord’s (Emily Carr BFA 1988, MA 2012) Drawing Out the Demons, which charts the career of Attila ‘Ricky’ Lukacs (Emily Carr BFA 1985), from Vancouver to Berlin, to New York, to Hawaii, and back home. Gathered from footage spanning nearly 20 years, Vaisbord paints a portrait of Lukacs, from talented student, to Canadian ‘bad boy’ artist in Berlin’s gay underground, to an artist struggling with the art market, hoarding, and addictions in NYC, to a soul on the verge of redemption. Lukacs’ journey is transcendent, grounded, and moving.

Drawing Out the Demons is available on the LGBT channel of Academic Video Online / Alexander Street Videos, just one of many streaming services available on the ECU Library website under Databases A-Z. Other streaming databases you might want to explore include Art Films, a collection of over 5000 films covering a wide range topics, from visual to performance art, philosophy, gastronomy; and National Film Board CAMPUS: all of those NFB documentaries, animations, experimental films, and Canadian classics we love. But there are so many more, so check them out under Databases A-Z. 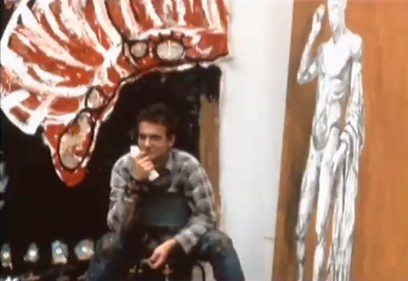 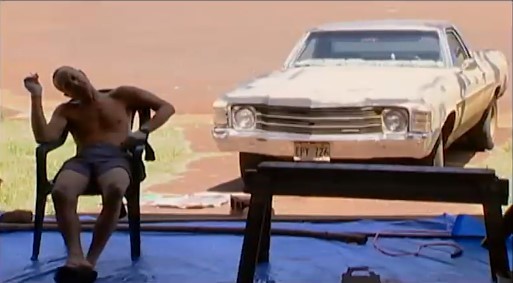