Among the faces that you see in Telefilm’s press release announcing the filmmakers accepted into this year’s Talent to Watch Program, Lawrence Le Lam (BFA 2016) stands out from the rest. Juxtaposed with a sea of traditional headshots is an image showing only the upper half of his head, sporting a cap with the word Richmond boldly embroidered across the inner rim.

This is a sartorial shout out to the city that he grew up in, as well as the setting for his first feature film, The Chinatown Diner. After receiving $150,000 for the project through the Telefilm program dedicated to supporting emerging filmmakers, Lawrence is aiming to “make Richmond proud.” 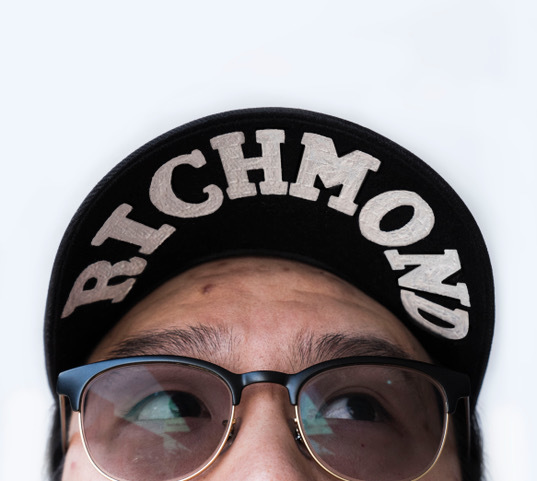 It’s hard to imagine the city not already taking pride in the acclaimed filmmaker who, along with being the only recipient of the fund from Richmond, already has an impressive list of awards and achievements under his belt since graduating from ECU in 2016. But for Lawrence, part of making Richmond proud is capturing the “spirit” of the place in a way that acknowledges its historical and cultural roots, and our present connection to it.

Lawrence highlights the ongoing tension between older and newer Asian immigrants in Richmond and Vancouver, and stresses the importance of honouring the legacy of generations past who have paved the way for future ones to live and thrive in both places. “I benefited a lot from the work done by those folks,” he says. “The hope of the film is to remind people of the community they are a part of, whether they know it or not, [and] acknowledging that we're part of that diaspora.”

As a filmmaker drawn to telling stories about the Asian diaspora, Lawrence also sees The Chinatown Diner as a chance to capture its uniqueness, which he feels has been a missed opportunity in the film industry. “There's so much colour on the spectrum, and there's so many cultural intersections where we are here in Vancouver, Canada, and just like all over the world,” he says, adding, “I didn't know that in Brazil there's like a really huge Japanese and Taiwainese population, and in Cuba there's a really big Chinese population.”

He notes his dad as a personal example who was “part of a wave of hippy-loving kids ...who wanted to speak English, listen to rock-and-roll and hang out with the Americans. I personally find it really interesting that there's just like pockets of different intersections of culture.”

At a time when art spaces are disappearing from our cultural landscape due to rent hikes and renovictions, The Chinatown Diner is a much-needed cinematic call to arms for community activism. The film follows Richard, a spoiled rich kid and wannabe rapper who shirks his responsibility for handling his father’s real estate business to work at a local diner, which moonlights as an underground music club. When the place is destined to be demolished, Richard sets out on a life-threatening mission to save it. 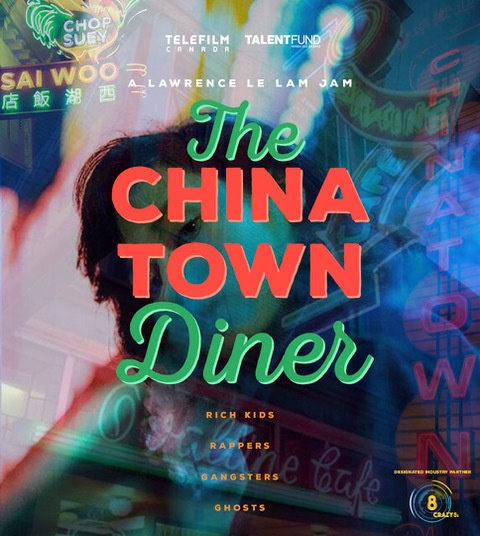 Poster for "The Chinatown Diner"

“I'd like the narrative to shake this culture of greed. It's sort of this very self-preserving culture, and my hope is that it inspires the Canadian spirit, particularly folks who can greatly affect how the community comes to be,” he says, adding, “having those art spaces is really important.”

Lawrence traces his inspiration for using film to mobilize change back to his time as a student at Emily Carr, when he first saw The NFB’s Academy Award-winning animated short The Man Who Planted Trees. The film ended up inspiring a tree planting movement in India, and is well-known and revered by the tree planting community.

He credits the film with leaving an impression on him, saying, how “It gives you a beautiful feeling of wanting to be a better person. I really appreciate that feeling that cinema can give you, and I think that was one of my first strong feelings of that from a film.”

The underground music scene is another major influence for The Chinatown Diner, and is a recurring focus in Lawrence’s overall body of work. His graduate film The Blue Jet centres on a Tawainese DJ in the 70’s who runs a pirate rock-and-roll radio station, while Cypher explores the underground hip hop scene in the aftermath of the 1992 Los Angeles riots.

His ongoing interest in exploring musical subcultures derives from Lawrence’s belief that music in general is a “harmonizer” that brings people of varying backgrounds together. “The music scene just kind of lends itself to that [...] space of intersection of culture and people”, he elaborates.

Music is also part of Lawrence’s tactical approach for channelling the complex social issues that he intends to explore in the project, such as money laundering through the real estate market. As a “hip hopera,” characters will rap about these issues throughout the film as a way to make the information more accessible and entertaining for the audience to digest.

This reflects his standard for a good film which, according to Lawrence, should be like the ideal meal: one that is “tasty”, but also nourishing. “That’s like a good North Star for a good film, you know, something that is fun and accessible but also [...] gives you that enlightening, educational and transcendent experience that makes you learn a little bit about humanity.”

Lawrence pushes the food metaphor further when asked about the varying genres encompassed by The Chinatown Diner, which he describes in his pitch video for the project as a “coming-of-age, crime drama, hip hopera,” and also incorporates elements of sci-fi, comedy, and the supernatural.

One would think it would be difficult to create a cohesive film from a hodgepodge of disparate influences like this, but the filmmaker compares it to his favourite sandwich. He dubs it the “Lam Jam Slam,” which consists of just about every ingredient that you can possibly find in your fridge, ranging from peanut butter and raspberry jam to kimchi and spinach dip.

While this might sound like a wild and off-putting concoction to some, for Lawrence, it works because it is a combination of everything that he personally loves. He believes that’s the secret ingredient to finding one’s own unique voice and style when creating work, advising young, aspiring filmmakers to draw from varied sources of inspiration. “I don't think that I would've seen the films I've seen if I wasn't in film school. There's a lot of emphasis on experimental and avant-garde, and such strange films that aren't always easy to watch, but really expanding the possibilities of what a film can be,” he says.

Lawrence stresses the importance of pulling from sources outside of popular and mainstream culture. "If everybody is drawing from the same well of inspiration, like I'm a fan of genre films, I'm a fan of big blockbusters that are well done, but if that's your only source of inspiration, that's your only diet that you draw from... you tend to make things that are similar.” He wraps up his advice with an age-old adage: “Follow what makes you happy.”

This approach seems to be working so far for the filmmaker celebrated as a “talent to watch” by Telefilm.