Artist and Emily Carr University MFA student Jordan Baraniecki participated over the summer in an exhibition featuring 21 Canadian printmakers at the Art Gallery of the Academy of Fine Arts in Krakow, Poland.

“Prototypes reveal the first stages of conceptual thought,” Derek told Galleries West of the concept behind the show. “Prototypes inspire not only where something might reach a resolve, but also indicate that there might be several paths to follow in order to get there.”

The notion of many paths is one that dovetails with Jordan’s own journey. Prior to beginning his Master of Fine Arts studies at ECU, Jordan attended three different universities before completing his BFA, ultimately graduating in 2016 from Nova Scotia College of Art and Design. 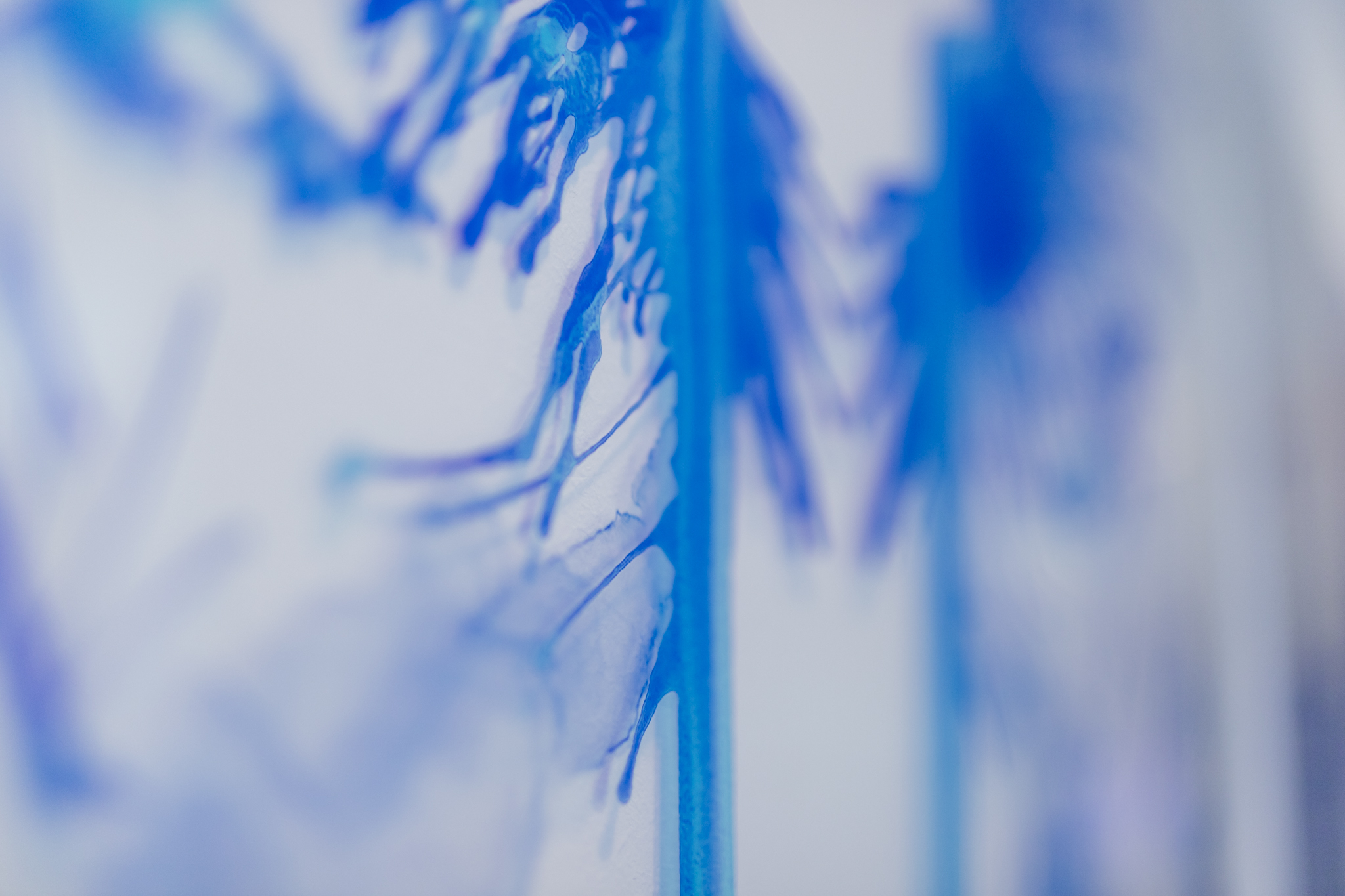 One through-line in Jordan’s life during — and since — those days has been a friendship with Derek, the curator of the ProTO-type(s) exhibition, Jordan tells me. Upon seeing the experimental prints Jordan had been working on in the studio at Emily Carr, he invited Jordan to participate in the show.

Three examples from that series of experimental works — a triptych of orphic ink-on-clearfilm prints — eventually made their way to Poland to appear in ProTO-type(s).

Having begun the series as black-ink drawings, Jordan digitally mirrored and altered each work to mimic the look of Rorschach inkblot tests. Rendered in a highly saturated neon blue, each print reveals delicate details normally obscured by the opacity of black ink — a move aimed at “[giving] the viewer agency to see what they wanted to see and to question what the subconscious brought forward while looking at the prints.”

The transparency of the film on which the images are printed adds yet another complication to the works.

“Everything about this process was about play and experimentation, so it fit quite well into the essence of the ProTO-type(s) show,” Jordan says.

These themes animate Jordan’s practice more broadly, according to his artist’s statement, which notes that Jordan hopes “to bring the viewer into the work with curiosity for what could be discovered through their own imagination.” Like the infamous Rorschach test, Jordan’s works in ProTO-type(s) conjure references of all kinds the longer one spends looking at them. 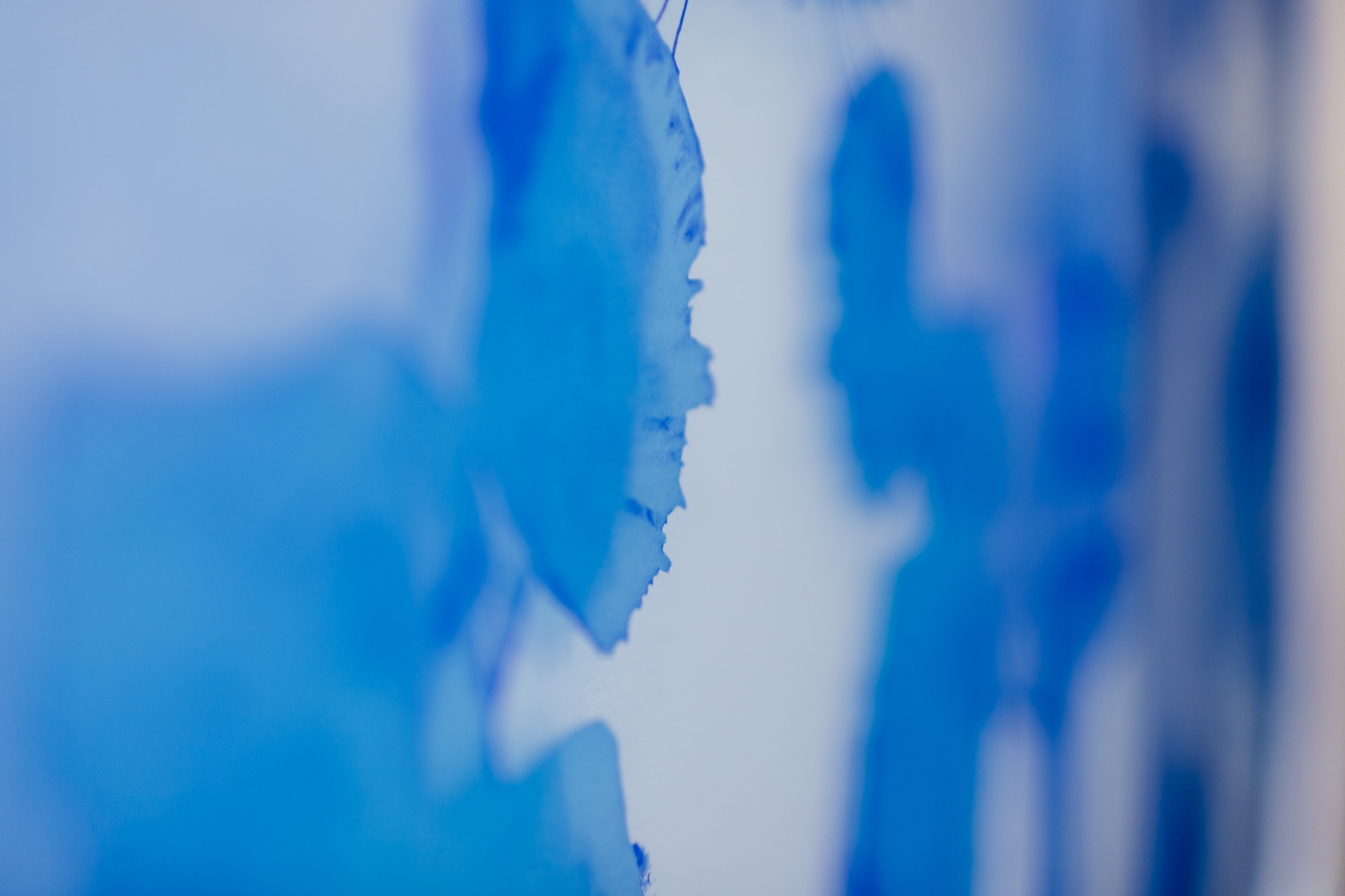 “I couldn’t have been happier to be involved!” he says, noting he himself is half-Polish, meaning the show also felt like it pointed toward his roots.

“This exhibition truly highlights the innovation of Canadian artists in a time of uncertainty. It shows that the unconventional is a place where artwork will truly push the boundaries at an International level.”

Take a virtual tour of the exhibition now, online. Visit triennial.pl to learn more about the International Print Triennial in Krakow. See more of Jordan’s work on his website, or follow him on Instagram.