Speaking with artist Preston Buffalo, it quickly becomes clear his life and work are fiercely resistant to definition. And that’s just the way he likes it.

“If somebody can’t put a label on you, it’s really uncomfortable for them,” he tells me by phone from his 200 square-foot live-work space in Vancouver’s Railtown neighbourhood. “They don’t know what to do with you. I feel like that’s where I fit in.”

When it comes to art, he’s not interested in shock value, he says. Although he does believe it’s “important to leave somebody a little bit unsettled; leave them wondering what they just looked at.”

Preston’s ease with exploring edge-case questions — often raised by his own, self-professed outsider status — is evident in his first solo exhibition, Digitizing Indigeneity, currently showing at Never Apart, in Montreal, through June 27. The sprawling virtual exhibition showcases his fluency across media, including sculpture, printmaking, photography, soundscape and digital media. 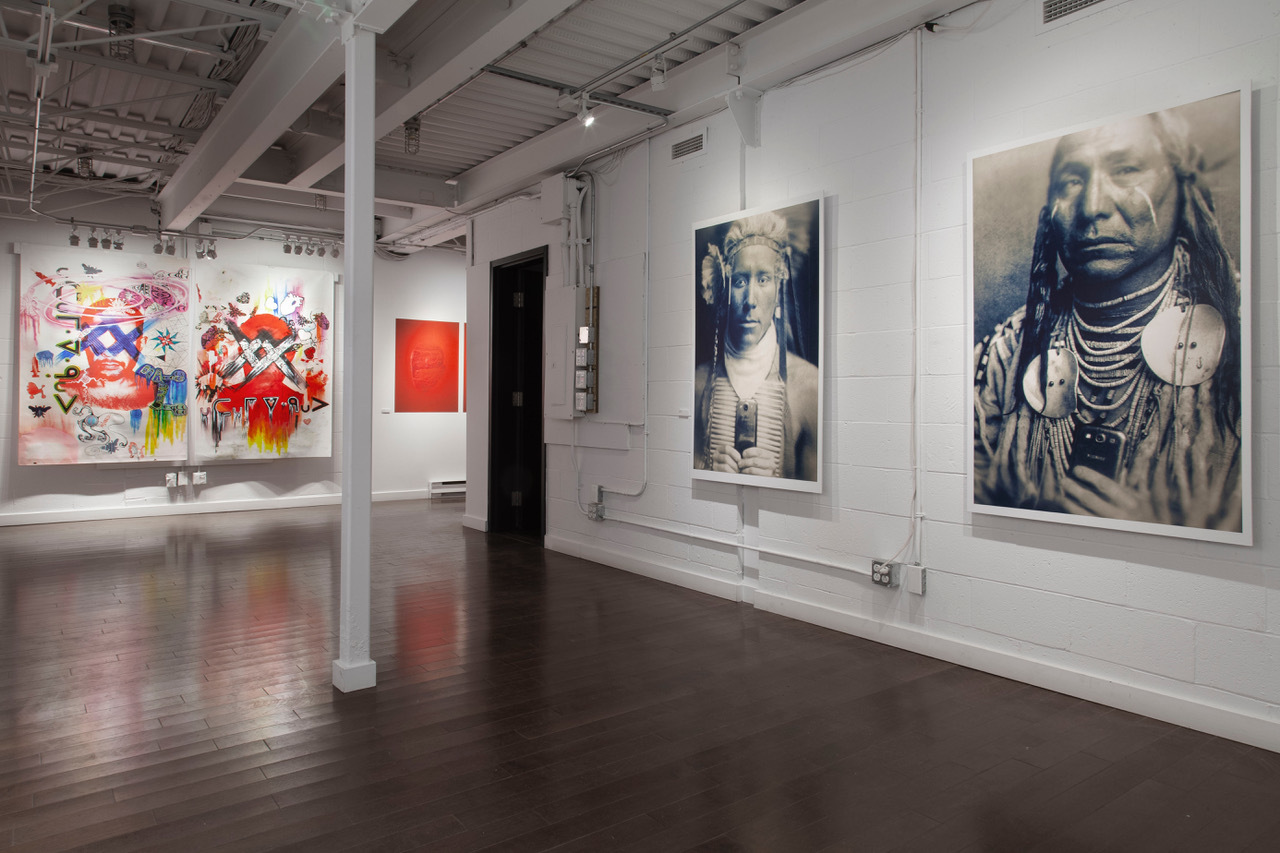 As with the rest of his practice, Preston’s instinct toward iconoclasm is front and centre throughout Digitizing Indigeneity. Describing himself as an “urban, queer Indigenous artist,” Preston is a Cree man, raised on the West Coast among Coast Salish elders and artists, who paints Formline poodles — a “clan symbol” for “those of us out there who are disenfranchised.” He explores feelings of displacement from the community of his birth and from his family’s ancestral lands in Alberta in a series of exquisite black-and-white photographs recording the decay of fence posts and abandoned automobiles under epic prairie skies.

In interrogating issues of identity, he runs the gamut from raw to wrathful to cheeky; in one sculpture, he foregrounds the experience of lateral violence among Indigenous people by setting a box of cast-resin apples behind glass on a plinth. (“Apple,” he notes, being “the insult of choice between Indigenous people when questioning another’s racial purity.”)

He confronts his grief for the loss of loved ones to overdose head on, drawing needles, X’s, lungs and stitched-together hearts into his lexicon.

In a series of large-scale altered photographs, Preston deflates the historicity of Edward Curtis’ century-old images of Indigenous people by photoshopping mobile phones into their hands. And in some ways, this simple intervention reflects Preston’s approach to treating subjects both sacred and profane.

“It’s about taking that power back,” he says. “So many of those photos were embellished with a tickle-trunk full of headdresses and whatever else Curtis had them put on to make them look more ‘Indian.’ But many of these people didn’t even know what a photograph was. They didn’t know what they were doing. A lot of them, to me, they look lost in the pictures. Their picture was taken. This was a way of taking it back.” Through that lens, Preston’s boundary-pushing can be seen as vital rather than vitriolic. His overturning of custom is a way of establishing new ground for himself in a world that too often refuses to make room for difference.

Fittingly, the line between his art-making and his “everyday” life is blurry, if it exists at all. In the year leading up to Digitizing Indigeneity, the works in the show hung “floor-to-ceiling, like wallpaper” in his tiny apartment. Currently, he describes books and prints “stacked” on every surface. And although he uses the printmaking and darkroom equipment in ECU’s labs and studios nearly every day, his home practice remains as active as ever.

He is currently nursing an obsession with cyanotypes — a photographic printmaking technique that renders images in a rich, deep blue. For Preston, the process involves projecting his images onto paper under a UV light in his one-room home, developing and rinsing the exposed prints in the shower of his shared washroom, and pasting the wet prints onto the doors and walls of his living space 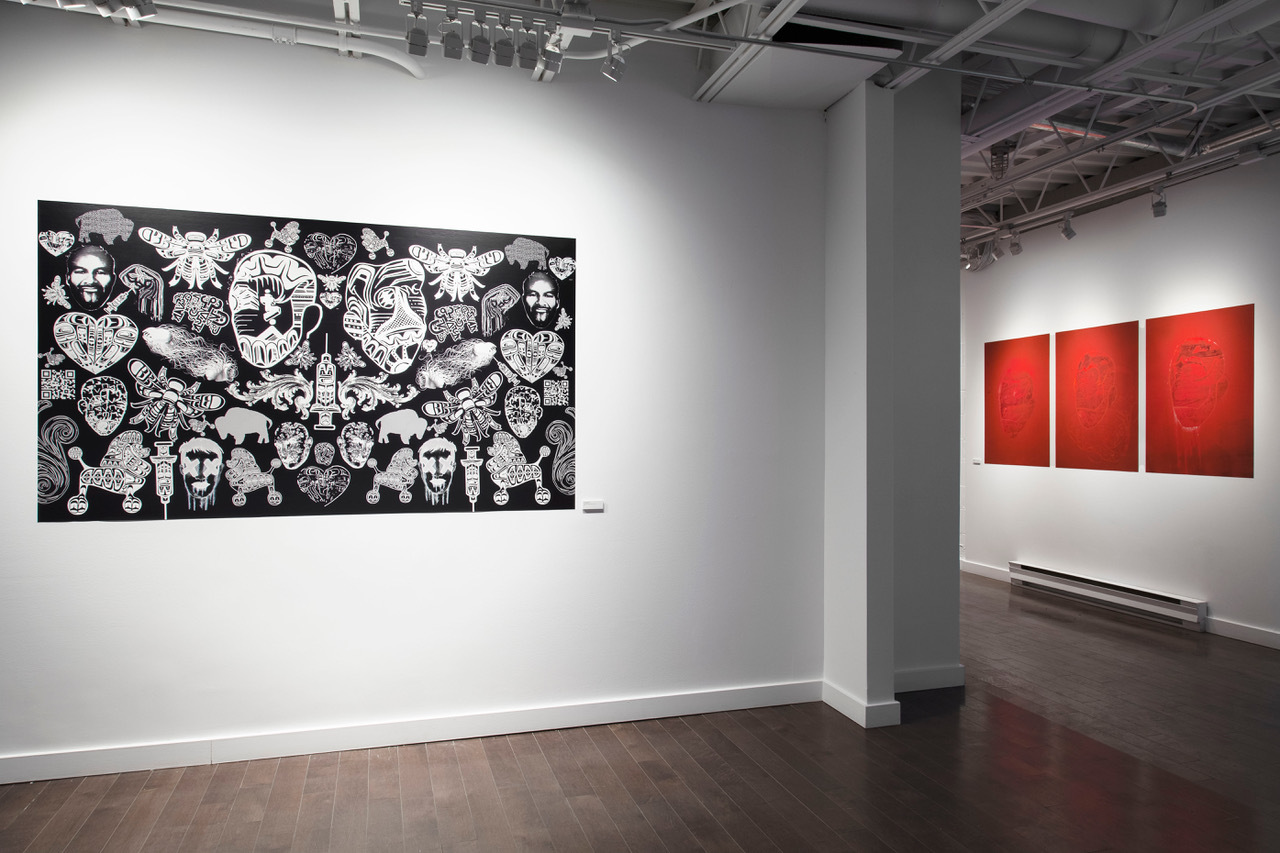 According to Preston, this all-or-nothing engagement with a new medium comes from the same intuitive place as all his experimentation.

“It’s kind of instinctive, though I highly research things before I try them,” he says. “Sometimes I get bored telling a story one way, and I like that I can switch it up and try different ways of telling that story.”

This interdisciplinarity can make his storytelling “hard for people to classify.” But Preston says his in-between-ness is beginning to be recognized as part of the rule, rather than the exception. For example, he was recently asked to speak about “alternative Indigenous experiences” to students in the University of British Columbia’s Master of Education program.

“I didn’t really even think about it at first, but I realized afterward that, actually, people often think there’s only one Indigenous history; that there’s just one way of being Indigenous,” he says. “So, the people who run programs like the one at UBC, they’re recognizing that these kids don’t know there’s a whole spectrum of Indigenous experience, just like anyone else’s experience. And they’re bringing in people who represent alternative Indigenous perspectives to talk about their lives to the students.”

But Preston remains clear-eyed about how much recognition he is entitled to expect. Not one shred of the burgeoning visibility he currently enjoys has come without a fight. Even his time at Emily Carr almost didn’t happen. His funding fell through soon after he received his acceptance letter. He had to launch a GoFundMe in order to make his tuition. Characteristically, Preston says he recognized how profound his setback had been only once he’d overcome it.

“I realized later there hadn’t even been a question,” he recalls. “I’d never thought, ‘Well, what if I don’t get in?’ I just never asked myself those questions.” 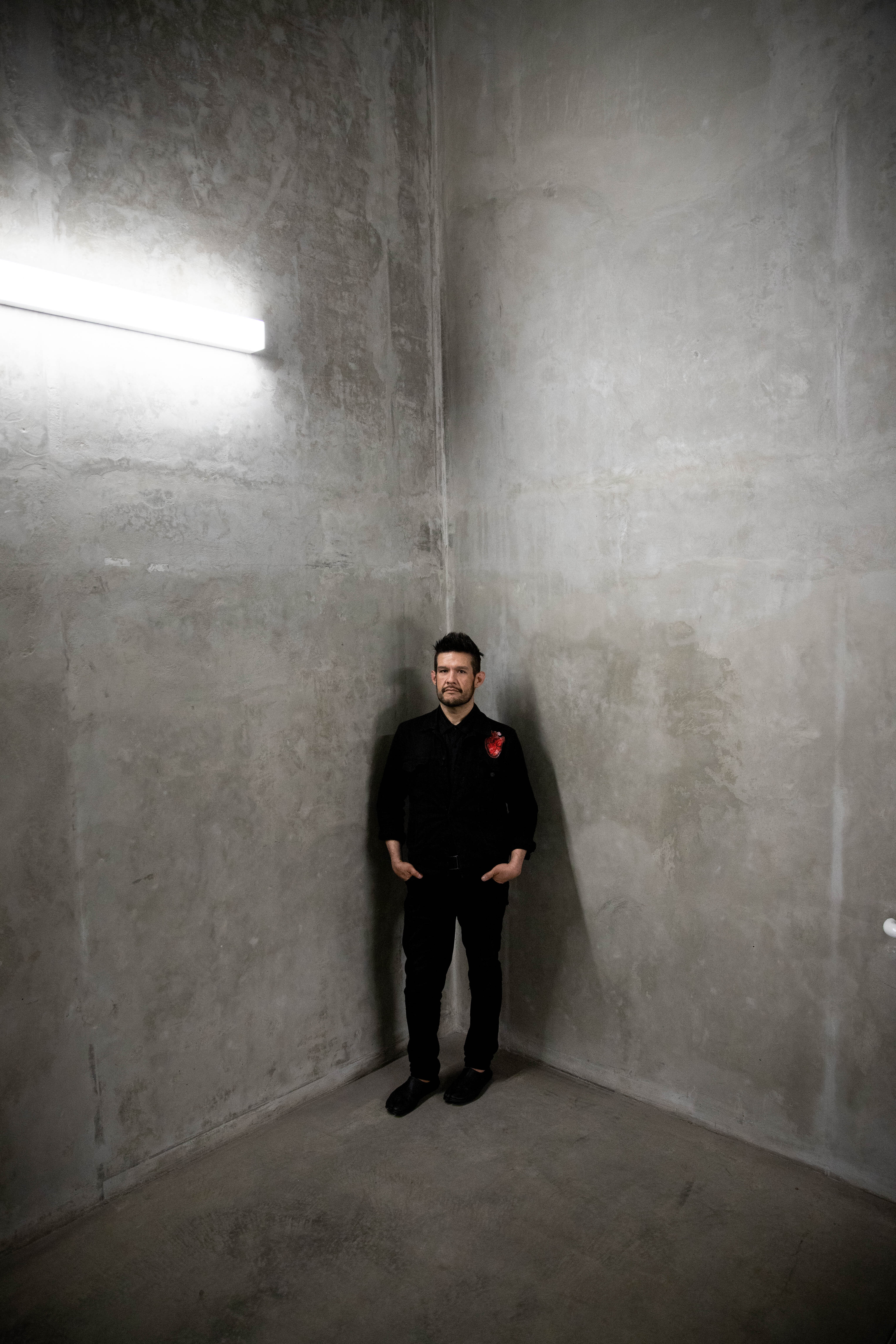 He also confesses to his joy around the opening of Digitizing Indigeneity being tempered by disappointment; he’d been looking forward to walking among strangers as they observed his works in a gallery space. But again, Preston steers miles wide of self-pity, adding that he sees enormous value in embracing both life’s highs and its lows.

“I’m 41 years old; I’ve lived a life already. I’ve been through some hard times and good times. I’ve seen it from both sides, and I think it’s important to represent that, to talk about it, to be comfortable with it,” he says, sounding positively serene in his easygoing world-weariness.

“Ultimately, what can we do? It is what it is. We can sit here and cry by it or we can just be happy it’s happening,” he reflects. “And I feel good about it.”

Visit neverapart.com now to take a virtual tour of Digitizing Indigeneity. And check out Preston’s Instagram @prestonbuffalo or go to prestonbuffalo.com to see more of his artworks.