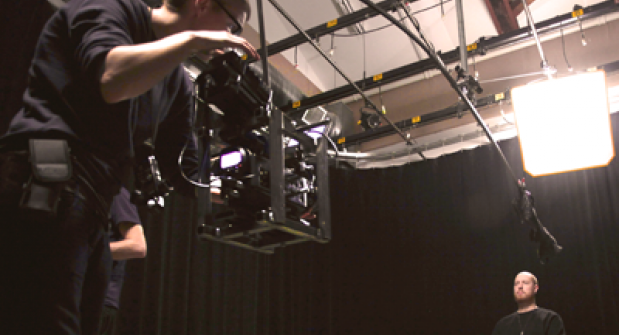 The 360 Camera Rig was an experiment to capture 4k high resolution stereo 3D video with one camera.

A 25ft arm is suspended from the ceiling and a High Resolution Cinema Camera (RED) is mounted on one side in a custom safety cage and the other end of the arm is counter weighted. This system allows the arm to spin evenly on the bearing at its center. The aim was to capture 360 degree video portraits with the rig for display on a high resolution Wheatstone stereoscope in collaboration with Bernhard Reicke SFU SIAT. This collaboration was funded and enabled by the GRAND Research network.