Alumna Cathryn John (BDes 2018) may only have graduated 4 months ago in May, but she’s put that time to great use accomplishing her goals. The recent Industrial Design graduate is making a name for herself by making the world a better place.

Cathryn was recently awarded a Creative Conscience Award, a prize granted to creatives who “apply their talents to socially valuable projects, promoting sustainability, freedom, social health and well-being.” Her winning design/product The Plant Project, a mobile station where people can grow plants and food from their offices, homes, or at work, was initially created during her time at Emily Carr University of Art + Design.

Tell us about The Plant Project.

The Plant Project started out of a desire to combat the industrial agricultural complex, which has been detrimental. I wanted to get people interested in growing their own food. Vancouver at any given time only has enough food to sustain people for three days, and we’re expecting an earthquake. When I learned that, I wanted to get people more comfortable with growing their own food. So many people are afraid of killing plants that they don’t try at all, and I want to show them how easy it can be.

What inspired the mobility of the project?

With all of the tiny living spaces in Vancouver, there’s no room to grow anything, and it’s a two-year waitlist to get a spot in a community garden. I wanted to give people an opportunity to grow things at home or at school or at work, and that’s where my cart comes in. This way, The Plant Project is able to act as support for growing food in places we already go and spend time. 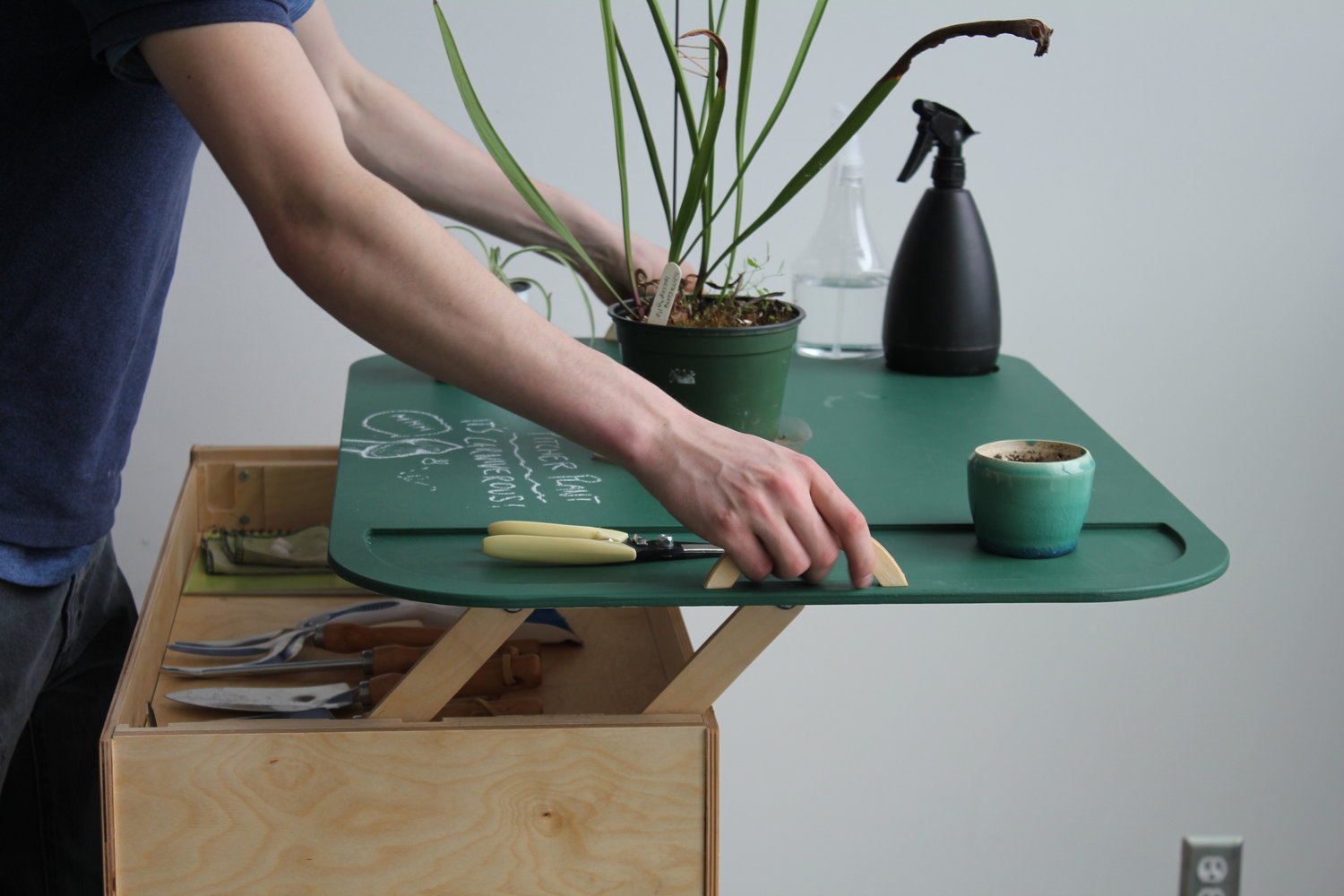 Where is the Plant Project in use now?

The Plant Project was originally my grad project at Emily Carr, and I wanted to give the project life beyond that. I wanted a way to bring the project into the world where it could have a bigger impact. The Plant Project is being used at my office every day. I was also invited to show my project at the Museum of Vancouver’s Why I Design exhibit along with 25 other designers on November 3.

Tell us about when you found out you won the Creative Conscience Award.

When I found out I was at work. It was really exciting, I was like, “No! This isn’t real. Did this happen?!” I got to go to the award ceremony in London, England. I met so many amazing people and designers, and they’ve become a kind of support network. [Receiving the award] was so validating. I’ve seen how the project helps people firsthand while at Emily Carr. The act of nurturing something else makes it feel like you’re nurturing yourself. In winning this award, I felt like it might make the project move forward.

What was your time as an ECU student like?

While I was at Emily Carr I took a SPACE minor (Social Practice + Community Engagement) and that’s what really opened my eyes to the challenging issues in Vancouver. I knew after that that I wanted to devote my focus to addressing a local issue. The ECU staff had so much knowledge and were so willing to help, and I enjoyed having access to all of the shops. The wealth of knowledge was incredible.

What role do you feel creatives should play in the community?

I think that as creatives, we have an opportunity to address wicked problems with design thinking. Creatives should always try to help because we have a different way of thinking that engages people. It’s half inspiration, and half collaboration: designers can connect people, and people have solutions. We have the chance to make things better and to make it easier to live a life with a smaller footprint through better designs.

Where can readers view your work and learn more about you?

You can find out about my work on my website. You can read all about The Plant Project there, as well as an outline of every step of the process.