Last month, on the occasion of Opus Art Supplies’ 45th anniversary, Opus founder David van Berckel published a personal essay reflecting on the roots of his thriving business and his passion for supporting the arts — and artists — which so positively impacted him as a young man.

David recounts accompanying his friend, painter Toni Onley, on floatplane trips as far afield as the Arctic, or up onto glaciers to find remote wilderness scenes for Toni to capture with his paintbrush.

He recalls an even more seminal passion for museums and galleries, spurred by his boyhood trips to such places with his father. And he reflects on the moment he realized how much time and how many resources artists pour into their work, pointing to that realization as a defining moment in his decision to develop a way to support them.

For the trained engineer and self-described former hippie, framing artwork felt like a perfect way to express that desire for support, while earning a living.

But David’s early commitment to championing the arts and its practitioners still remains strong in his professional practice — a fact attested to by the long history of generosity shown by David for Emily Carr University through Opus Art Supplies’ multiple streams of support for ECU students and recent graduates. 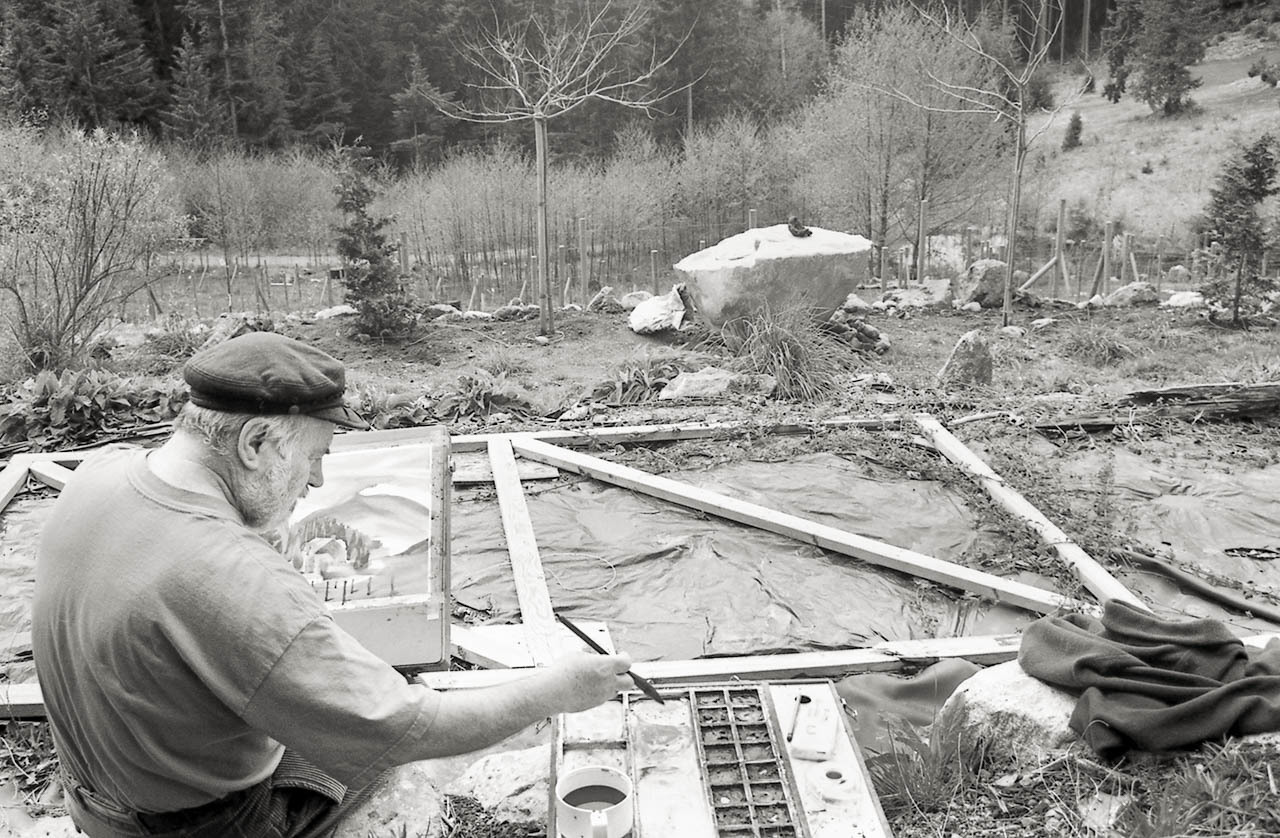 Opus’ relationship to ECU stretches back more than a quarter-century, with David’s business donating cash or art supplies to students and recent graduates since the 1990s. The Opus Art Supplies Bursary, established in 2006, recently surpassed $275,000 in total award funding for students.

A long-established tradition of gifts for graduating students continues today, and Opus still provides art supplies to ECU students on a regular basis.

On ECU’s 70th anniversary, Opus supported a lecture series on campus, and for the 75th anniversary, a young artist exhibition. And ECU students continue to enjoy a 15 per cent discount on goods purchased from Opus online or through any of the store’s locations, as do ECU staff and faculty.

And since ECU moved into it's new home on Great Northern Way in 2017, Opus has run a pop-up store at the university in the fall, bringing art supplies to the students' doorstep, now that the two institutions are no longer neighbours.

In his essay, David calls this history of support his proudest achievement as a business owner.

“I think the shortest way to say it is that I’m most proud to have supported artists and art students,” he writes.

“I don’t know how artists do it quite frankly, but we’re going to continue to be a resource for them in whatever ways we can.”

Emily Carr University and its community would like to offer their sincerest thanks to David and Opus for their support, and for believing in the power and importance of making a healthy arts community a priority for so many years.