“I often refer to Float School as being like preschool for post-school,” Holly Schmidt, artist, curator, Emily Carr University faculty member and Float School cofounder, tells me, apparently quoting herself by way of introducing me to a concept that can, at times, be tricky to sum up.

Holly points to a postwar Italian educational philosophy called Reggio Emilia. This pedagogical approach, she says, emphasizes the importance of learning together, and being attentive to what emerges naturally from the environment of gathering. This, as opposed to a rote curriculum that dictates lessons and outcomes, and formalizes metrics for success.

“In many ways, Float School comes out of a pedagogical approach that is based in relations,” she says. “Something that is missing within the traditional models of education we follow.”

So what, exactly, is Float School?

Holly’s colleague, artist, ECU faculty member and Float School cofounder Justin Langlois, notes the idea emerged gradually some years back, as he and Holly debriefed after work at ECU. At the time, both were teaching classes in the Social Practice And Community Engagement (SPACE) minor in Emily Carr’s Faculty of Culture + Community.

“We were circling around this question of what would we be doing if we could look at teaching outside of the classroom, or if we could approach teaching on our terms. What would that look like?” Justin recounts.

“What we landed on is about recognizing the slow-burn of some of those experiences that underwrite much more expansive practices of living and living together. It’s about trying to shift the things we prioritize and pay attention to things that might seem insignificant or small. We wanted to look at teaching and learning as something that could include the kinds of exploratory and unstructured experiences that we don’t always get to include as part of our everyday lives.” 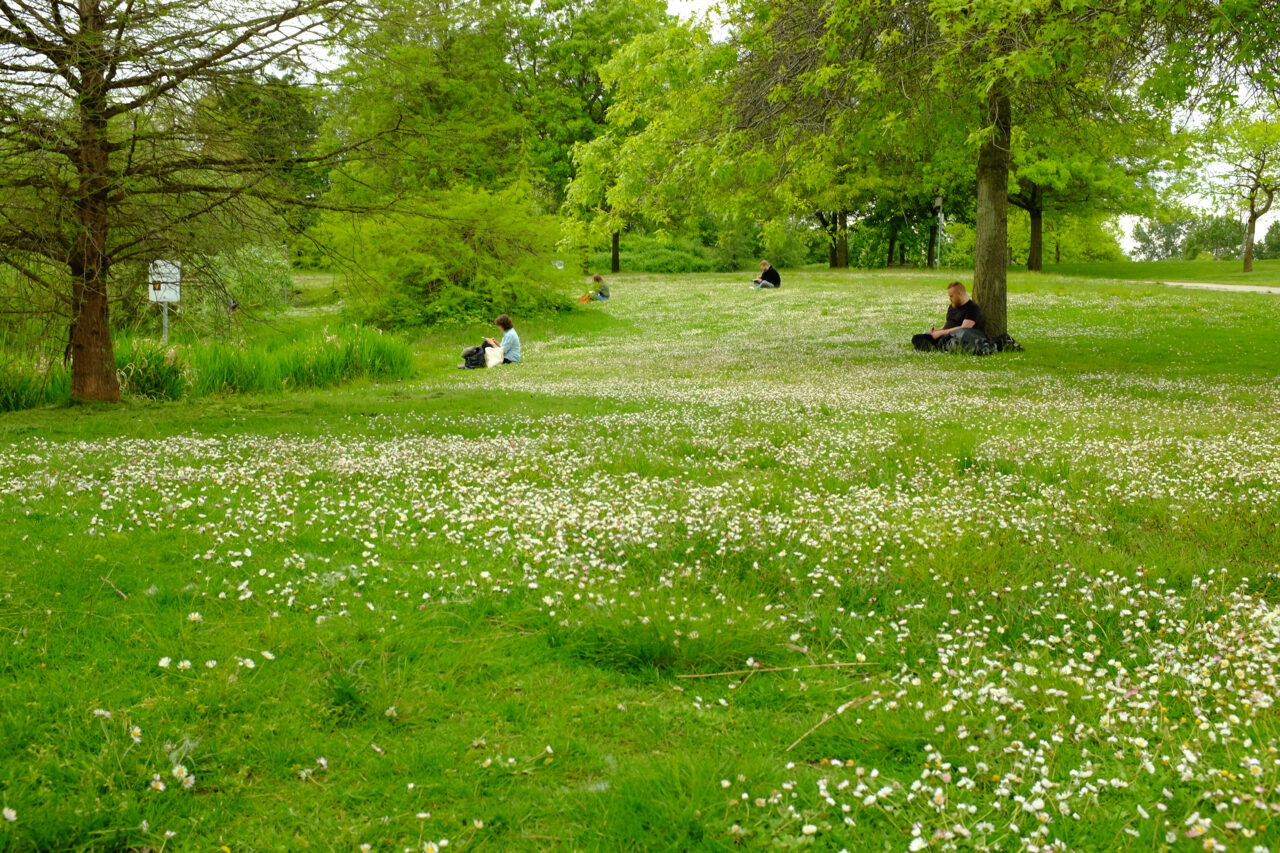 So, Holly and Justin set about imagining what “education” might look like if its emphasis shifted to prioritize slowness, openness, togetherness, embodied action and reflection. Begun as a project via ECU’s Living Labs, the first iteration of Float School took place at the Omineca Arts Centre in Prince George, BC, in March 2018. The second took place through summer and fall 2019, with a publication documenting their research, titled Float School: Pedagogical Experiments and Social Actions, released in 2020.

Thumbing through that publication, it quickly becomes clear that participants’ experiences are at once unique and broadly shared. Accounts range widely both in terms of form (some participants respond via poetry or drawing, some in essay form or with photography) and substance (participants recount experiences including snowshoeing, walking silently, cooking, eating, or engaging underused senses like touch, smell or even empathy.)

In one of several contributions to Float School, artist and former Float School research assistant Annie Canto (MFA 2020) writes on cooking and eating as a primary tool for developing group intimacy. Artist, designer and ECU faculty member Reyhan Yazdani (MFA 2019) details a simple ritual that employs a bowl of water to encourage healing. Artist and educator Rebecca Bair (MFA 2020) offers a meditation on walking as an opportunity to cultivate greater empathy toward both human and non-human peers.

But in each entry, an attention to what might normally be overlooked is on luminous display. Nearly all of Float School’s more than two dozen entries describe and reflect on a group activity, and offer prompts or instructions — a move intended to extend participation into the broader community. Each entry likewise documents a gentle but resolute intentionality. Everyone involved, Holly and Justin tell me, committed to being present and open across the range of experiential activities in each session of Float School.

“If there is some kind of educational takeaway, it’s that — finding ways to engage with a practice that is much more experiential, that isn’t instrumentalized, and doing so in a generous and open way.” 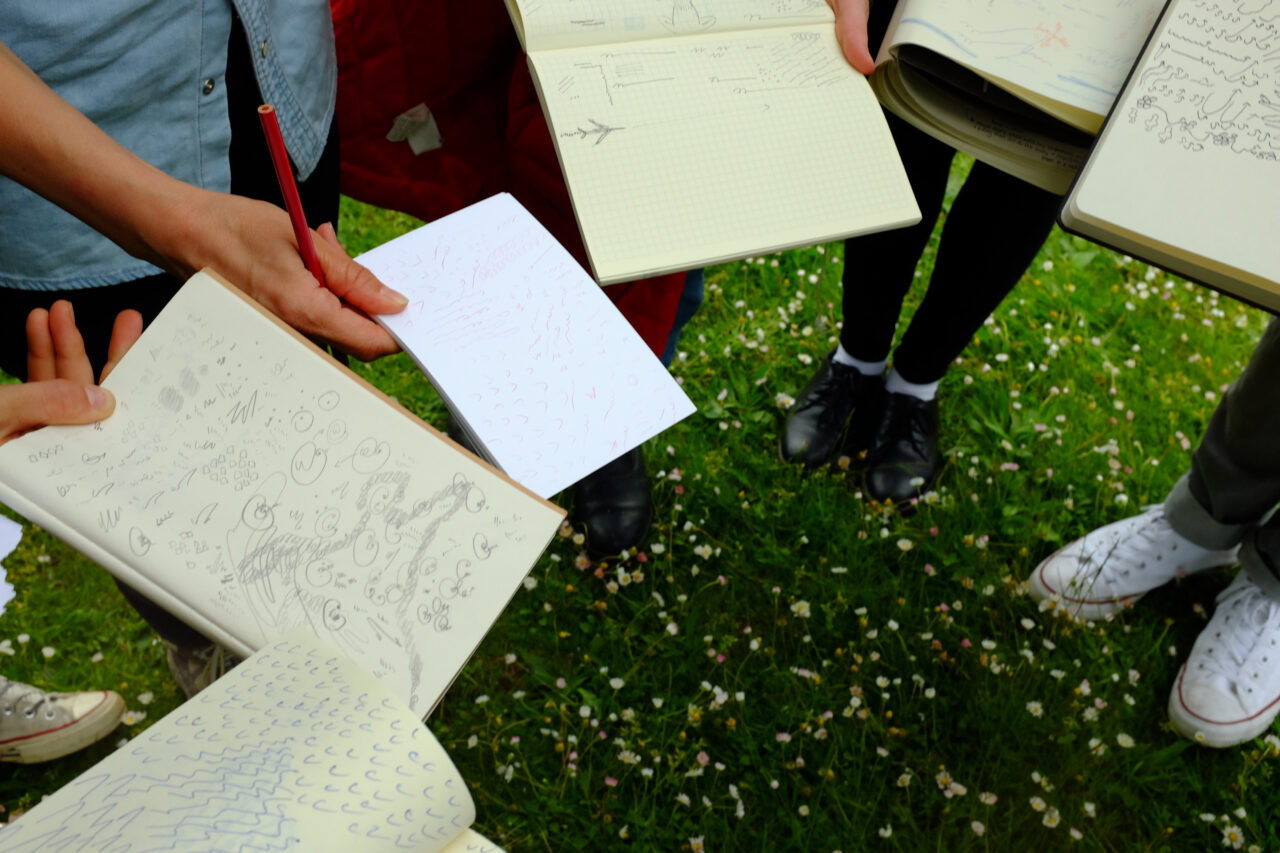 At least on its face, the Float School project would seem to work against traditional notions of academic rigour, as well as to more regimented ways of learning, of structuring classes and of structuring how success is defined and achieved. So, could the goal of an initiative like Float School realistically be to supplant current institutional norms around education? No, Holly and Justin tell me, nor is it.

“What we do in Float School isn’t a prescription for every kind of course,” Justin says. “This is one other way. But the fact is that we don’t have many spaces for other ways right now.”

Float School, Justin says, aims to encourage development and exploration of such spaces.

There seems to be a growing appetite for such connections, Holly continues. Institutional structures can sometimes make people feel invisible, or feel as though their needs aren’t being fully acknowledged.

But larger, more regimented institutions can also provide anchor points for nimbler projects such as Float School. They can offer vital support for such initiatives, and help hold space for these lighter-weight, experiential frameworks to exist.

A project like Float School, in other words, is at its most effective when it functions as a kind of satellite to more traditional approaches to education, Holly and Justin continue. Both are important, as is the recognition that neither should be viewed as the only typology for what post-secondary learning can look like. In fact, to do so would be to miss an opportunity. 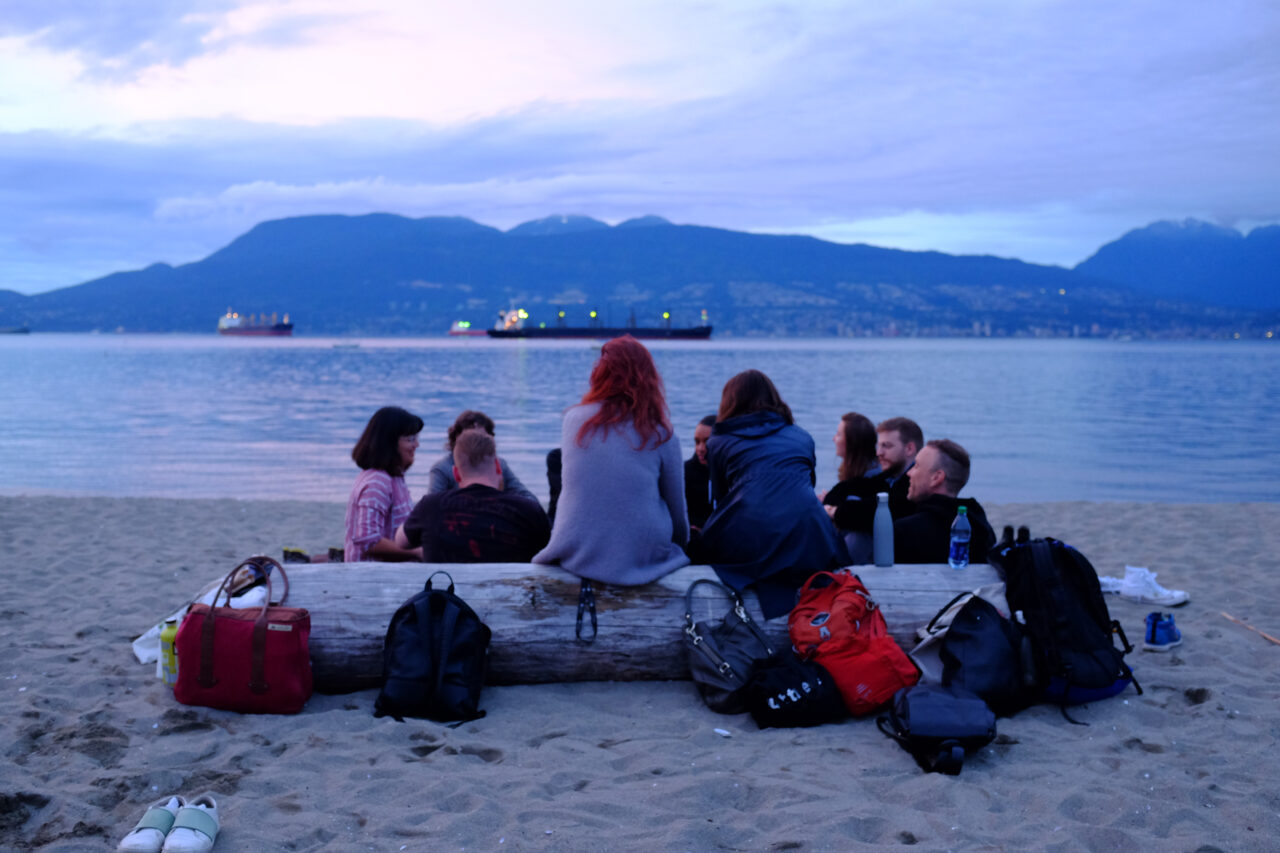 Next up, Holly tells me, plans are in the works for a “Float-School-inspired” program on Vancouver Island, at the Bamfield Marine Sciences Centre. In collaboration with Janet Moore, professor of professional practice at Simon Fraser University and cofounder of CityStudio Vancouver, Holly and Justin have been thinking about what it would mean to bring the arts and humanities into research spaces typically dedicated to the sciences.

“We’ve really been thinking about those spaces as potential sites for these alternate educational or pedagogical experiments,” Holly says. “We’re aiming to start work in Bamfield next year. It’s all very nascent, but it’s really exciting to contemplate this next phase of Float School.”