Caribou fur, porcupine quills, sinew, cedar, glass beads, and hides for drum- and rattle-making. These are just a few of the many materials carefully packed into handsome bags and arranged on nearly every flat surface at the Aboriginal Gathering Place (AGP) at Emily Carr University.

These “material practice kits,” more than 50 in total, are destined for Prince George. There, they’ll be distributed to participants in a series of upcoming virtual workshops. The workshops are part of the ongoing Decolonizing Healthcare System through Cultural Connections project.

“It’s been really interesting trying to conceptually picture teaching and making drums and rattles without being together, without being there with our actual hands to support them,” Brenda Crabtree, Director of Aboriginal Programs at ECU and Special Advisor to the President on Indigenous Initiatives, says. “But we’re very connected with all the folks from the Prince George community — the elders and the Indigenous artists up there. So, this is a pilot project. Our first virtual pilot material practice workshop.” 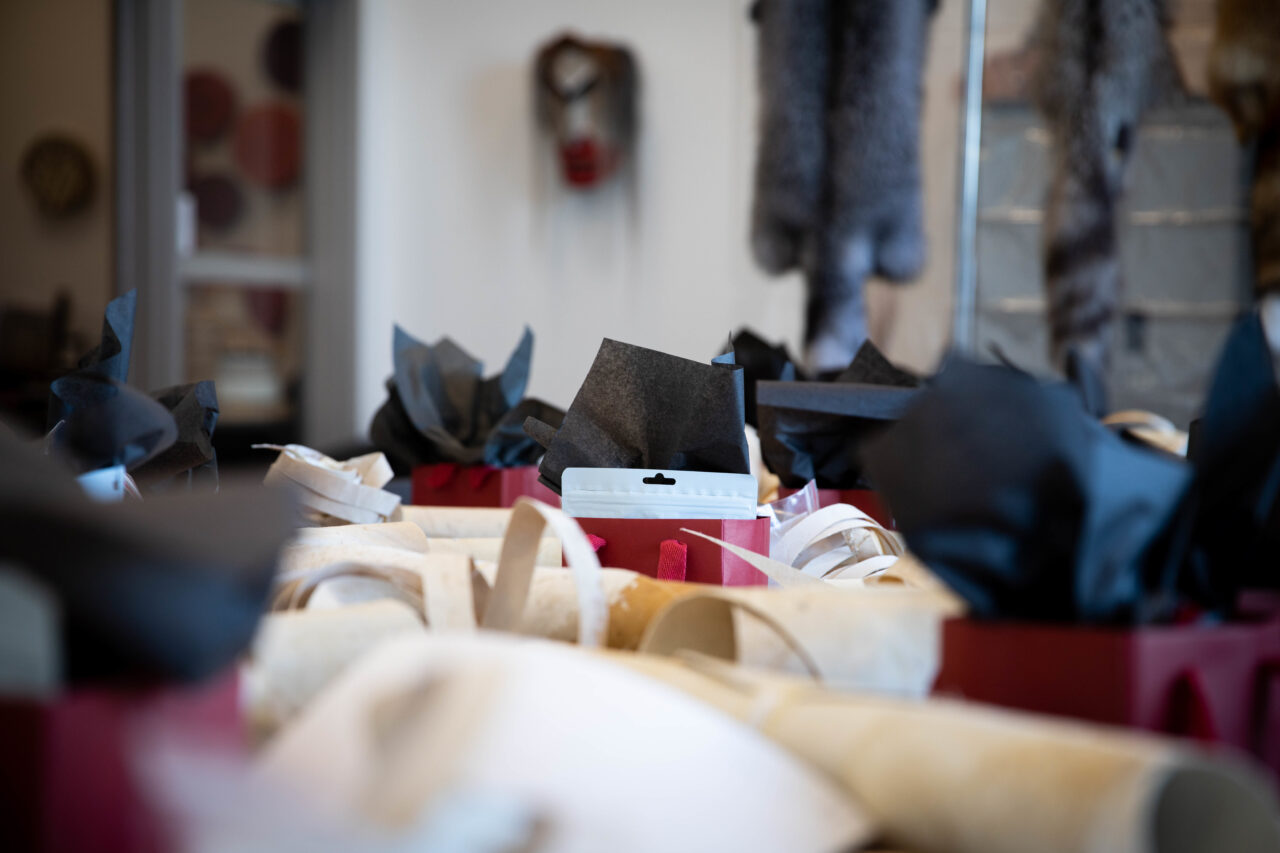 Decolonizing Healthcare offers a leading-edge model for dismantling these systemic and historical barriers. The project employs Indigenous-led arts and material practice as an entry-point to encourage dialogue, relationship-building, and knowledge-sharing between Indigenous people and healthcare practitioners.

Brenda heads the project alongside Caylee Raber, Director of Emily Carr’s Health Design Lab (HDL). Decolonizing Healthcare first got the go-ahead in 2019 after receiving a Systems Change Grant from the Vancouver Foundation. It was initially slated to unfold over roughly three years. But the pandemic has forced the team to make adjustments on the run.

“It’s created challenges for us because we’re so used to the hands-on approach,” Brenda says. Conducting the material practice workshops virtually was not in the original plan, she notes.

“More than anything, we love engaging with the community. So this was new and challenging for us. But I think we rose to the occasion. We’ve been really innovative with the way we put together this programming and all the resources that go along with it.” 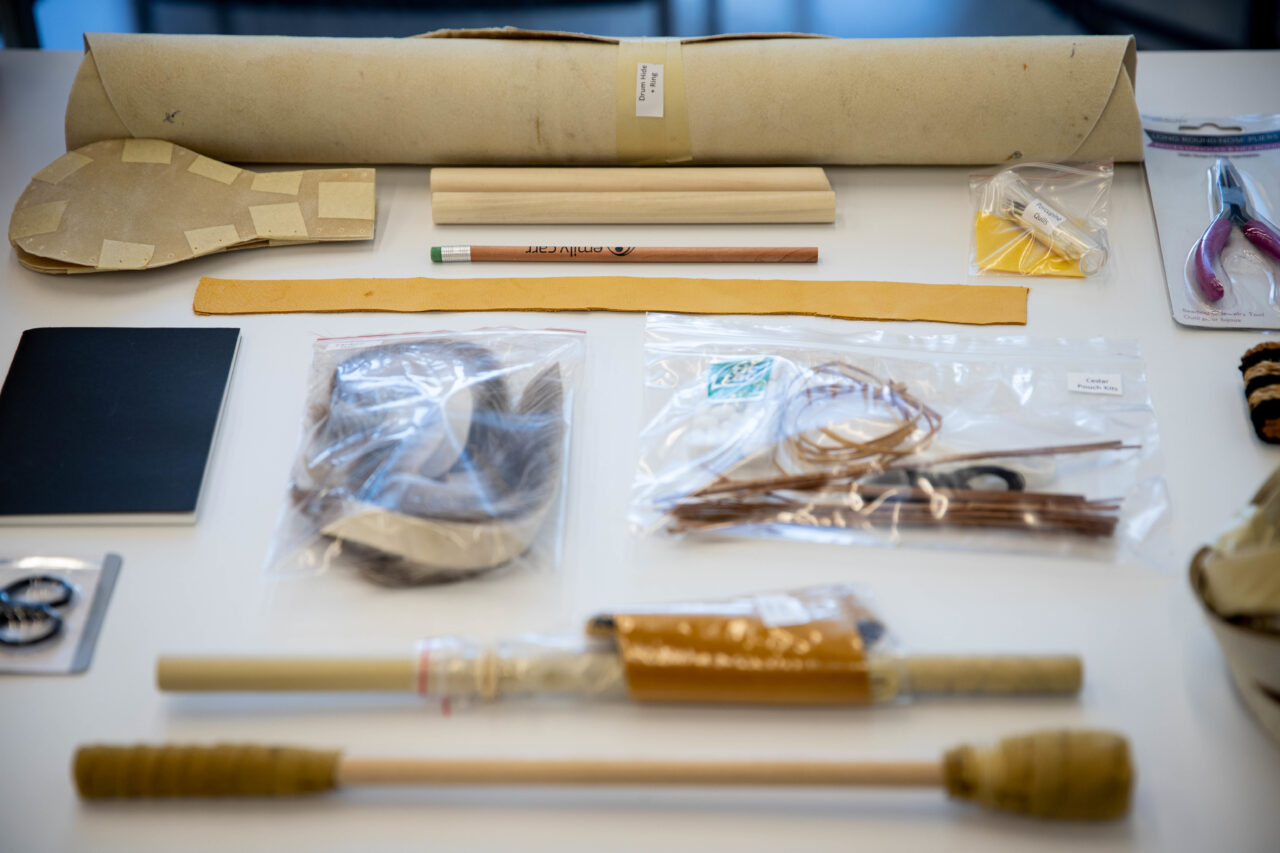 Those resources include the many precious materials that now fill row upon row of packages at the AGP. They also include instructions for using the items, designed by the HDL for print and screen.

“You can get them in a longer version, or a more streamlined version,” Connie Watts, Associate Director of Aboriginal Programs at ECU, says. “Plus, we have ‘in-person’ virtual instructors. So, participants have three different ways to learn. Because we all learn differently.”

These “virtual instructors” are part of a cadre of local elders, cultural advisors and BC Indigenous artists who will steer the virtual workshops. In break-out groups, the team will remotely guide local Indigenous people and healthcare workers in drum-making, rattle-making, and other traditional Indigenous material practices. And while participants are making, they’ll be talking, too. 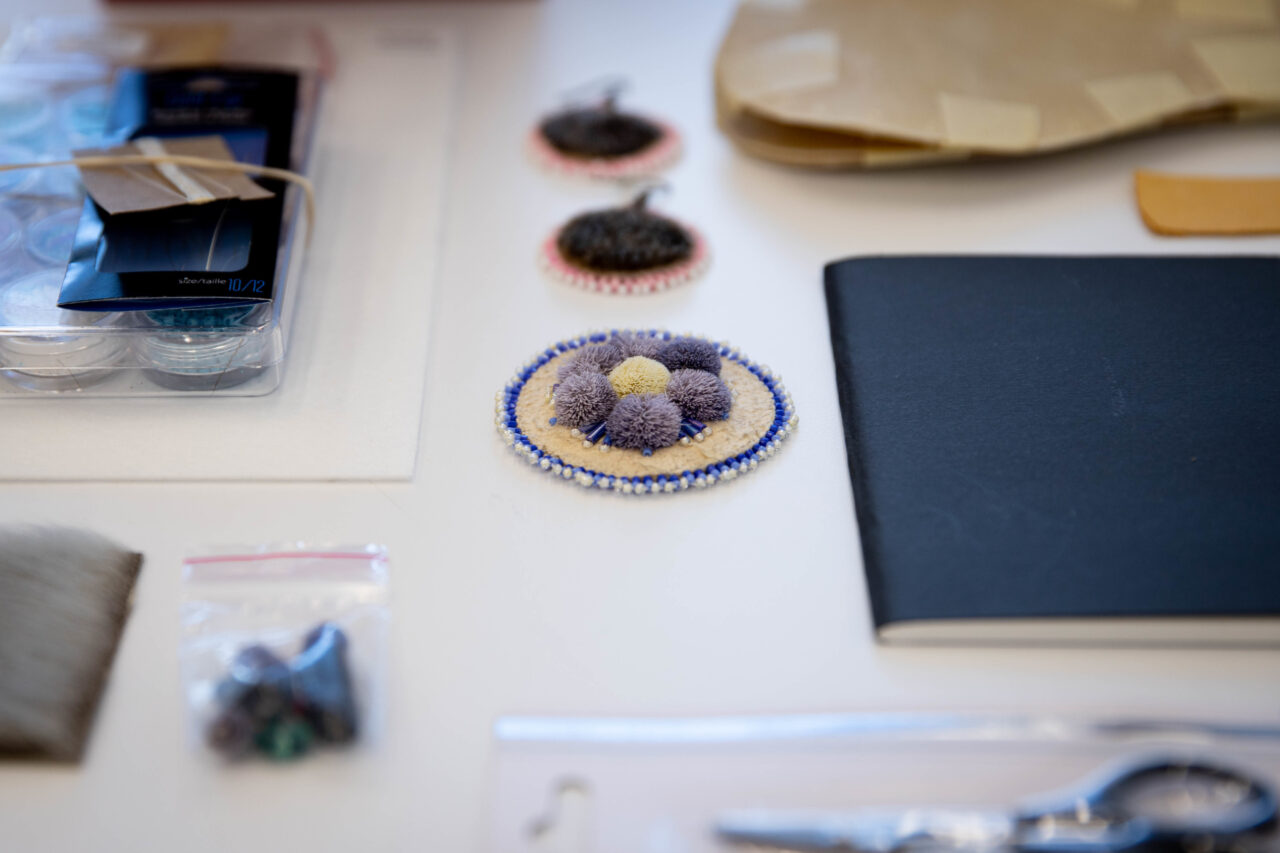 Conversations are at the heart of this initiative, say Brenda and Connie. It’s through speaking that centuries of institutionalized harm and systemic inequity toward Indigenous people can become visible to healthcare workers. Talking together as a community can help forge new paths toward a better, safer relationship between Indigenous people and the healthcare system. It can also generate meaningful data on which to build better policy at the level of government.

“It’s all about conversations,” Brenda says. “It’s a sharing.”

Fortunately, the project had already completed an in-person workshop before COVID-19 struck. Connie says everything the team learned at that earlier gathering went into designing the current kits. 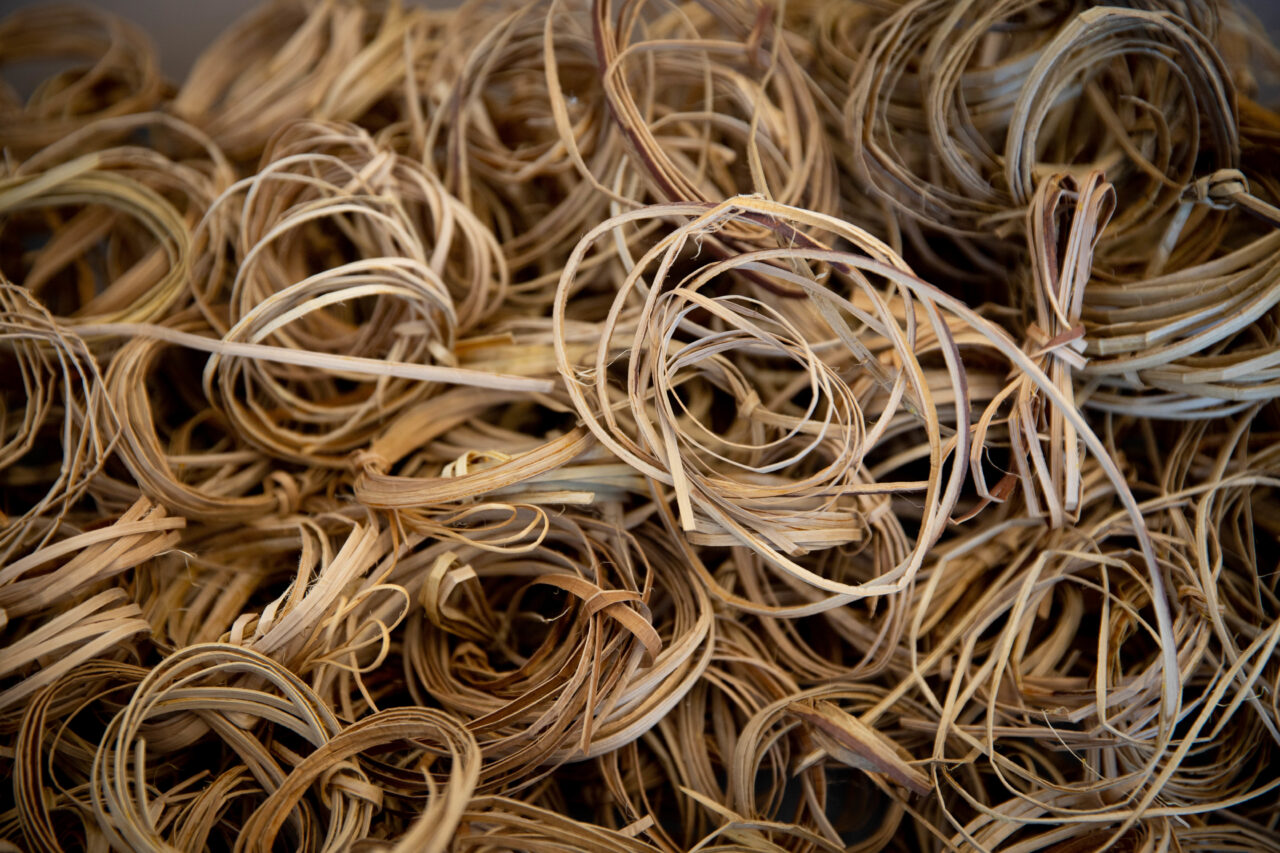 Both Brenda and Connie note how good it feels to bring the team together to launch another chapter in the Decolonizing Healthcare project — regardless of what happens next.

“We’re a very connected, collaborative team,” Brenda says. “We’re very supportive of each other. That’s one thing we’re really grateful for, is our connection.”

“We just keep planning for the best!” Connie adds.

“And if nothing else,” Brenda says, “we all have quite a wonderful sense of humour.”