Like so many people everywhere, artist Nicole Ponsart (BFA 2021) found herself suddenly unmoored from routine last spring. As a full-time student, she’d become accustomed to devoting her time and attention to her schoolwork. And as a sculptor and ceramicist, losing access to Emily Carr University’s studios and equipment during lockdown felt particularly crushing.

Stuck at home, staring directly into “an empty space” where her busy schedule had once been, Nicole turned to a time-honoured tradition for finding new focus and generating momentum: road trip.

Of course, road-tripping in the age of COVID is done with the click of a mouse, rather than the turn of a key. And this was no ordinary cruise along the coast; Nicole had a plan. 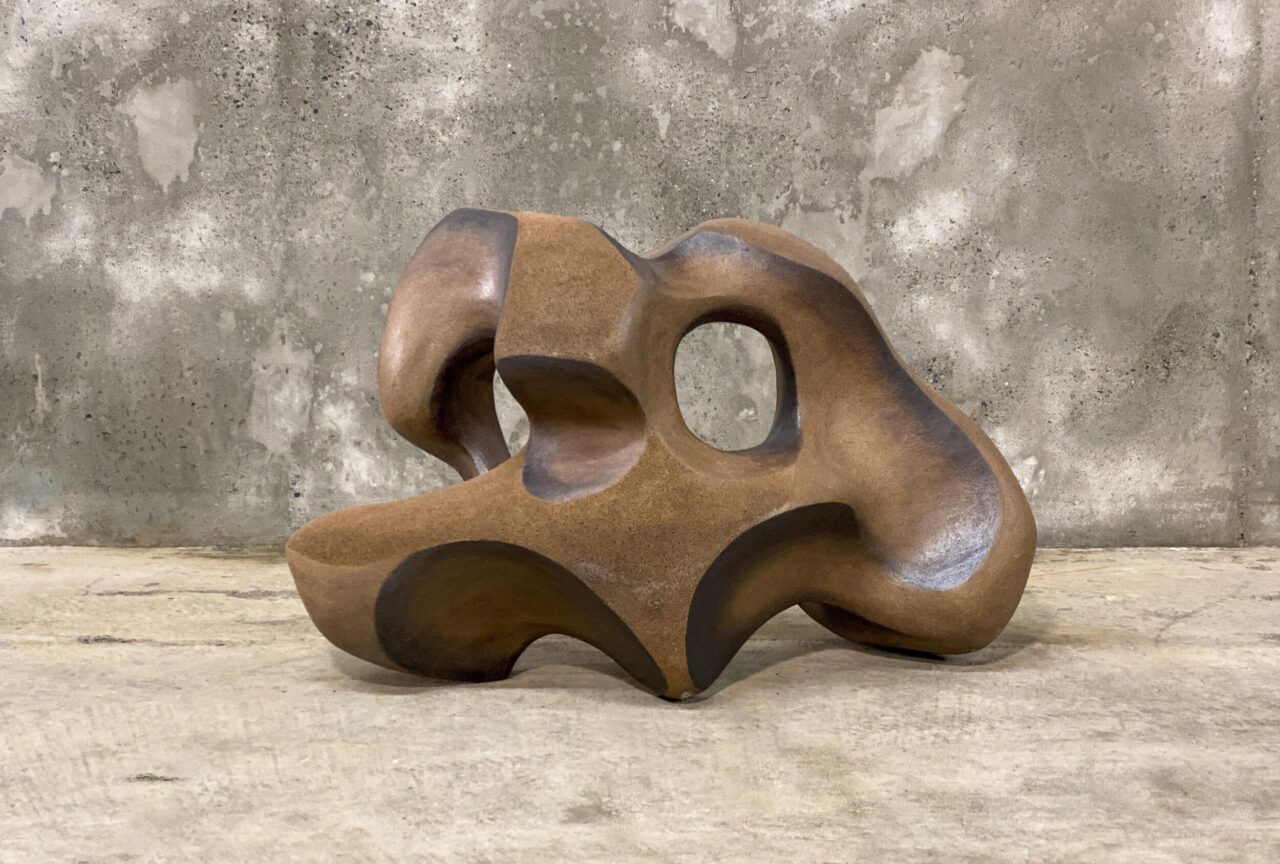 “I gave myself ‘homework’ over this unwanted ‘holiday’ from reality,” Nicole says, noting she turned to a process she’d developed in class for sculpture series including Antelope Canyon, Big Bend and Vermillion Cliffs.

“[For those works], I explored large-scale sculptural forms inspired by the Southwestern United States — somewhere I had hoped to visit sometime soon — and determined that, by using this as a jumping-off point, I could create a fictional roadmap of places I wanted to explore if COVID-19 hadn’t closed borders.”

Using Google Earth in conjunction with atlases and map books she bought online during the pandemic, Nicole “spent the summer researching, dreaming and planning something I wish I could have been doing instead.” Focusing on the highways between Vancouver, BC, and Houston, Texas (where she has family), Nicole absorbed landscapes both foreign and familiar.

The resulting works, which include Rolling Hills, Monument Valley and Iron Canyon, form part of Nicole’s latest solo exhibition, The Places I’ve Never Been, at PoMoArts through June 20. Nicole was awarded the show as part of the Kwi Am Choi Scholarship — an annual honour given to two emerging artists. Artist and recent ECU grad Gillian Haigh (BFA 2019) is the other 2021 Kwi Am Choi scholarship recipient. 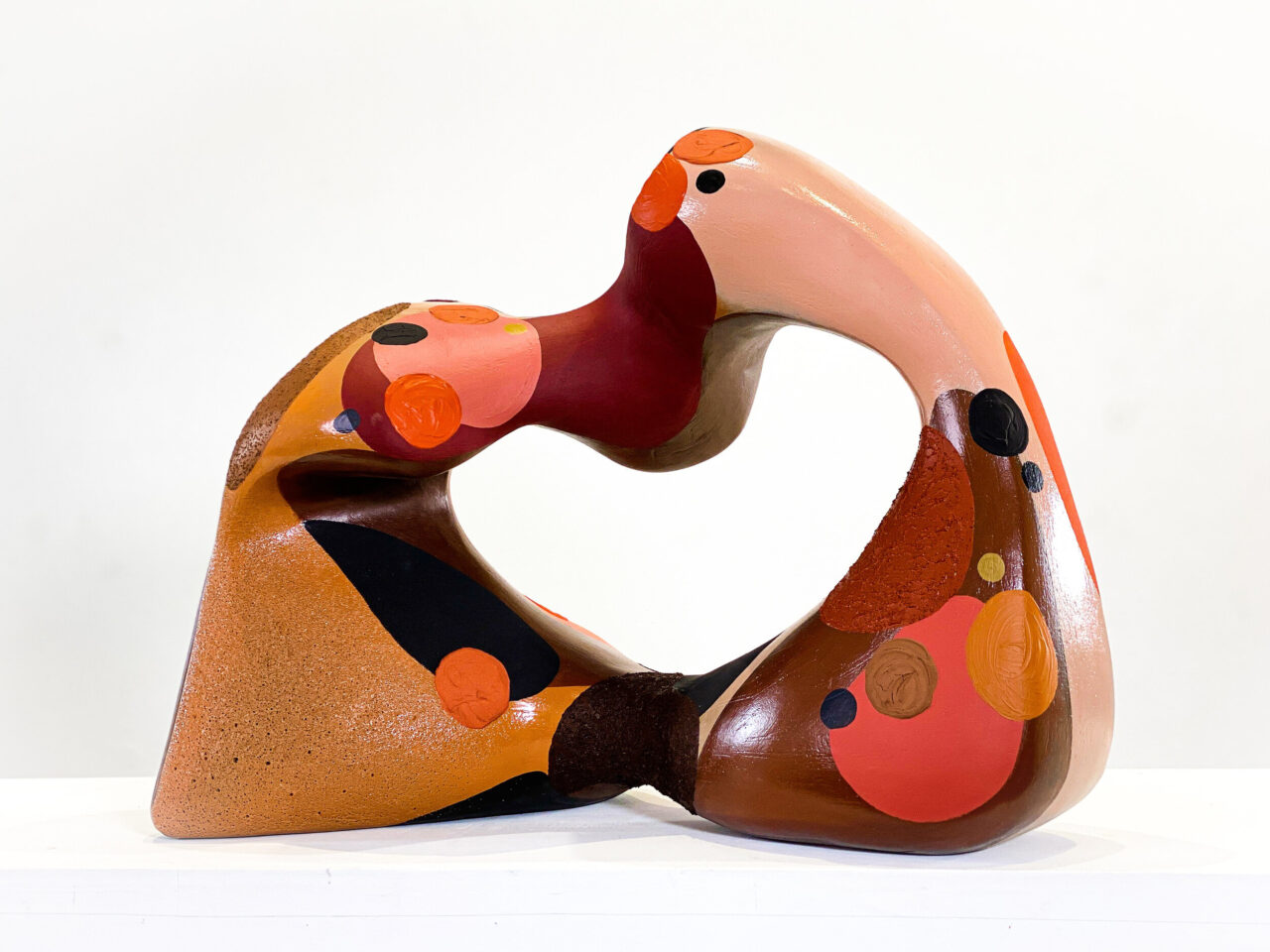 Nicole is no stranger to the exercise of imagining her way into far-off spaces; as a child, she and her best friend would pretend their bicycles were horses and spend their summers riding through fantastical landscapes.

“The reality we created was so vivid and real,” she recalls. “I wanted to create something like that for myself, especially after the year we were all having together.”

Spending time travelling through virtual worlds became a way to “cope, stay sane and keep working hard to finish what I started,” she adds.

While The Places I’ve Never Been will also include some of Nicole’s older works, she says her new pieces were made specifically with the show in mind, and are her largest and most complex works to date. 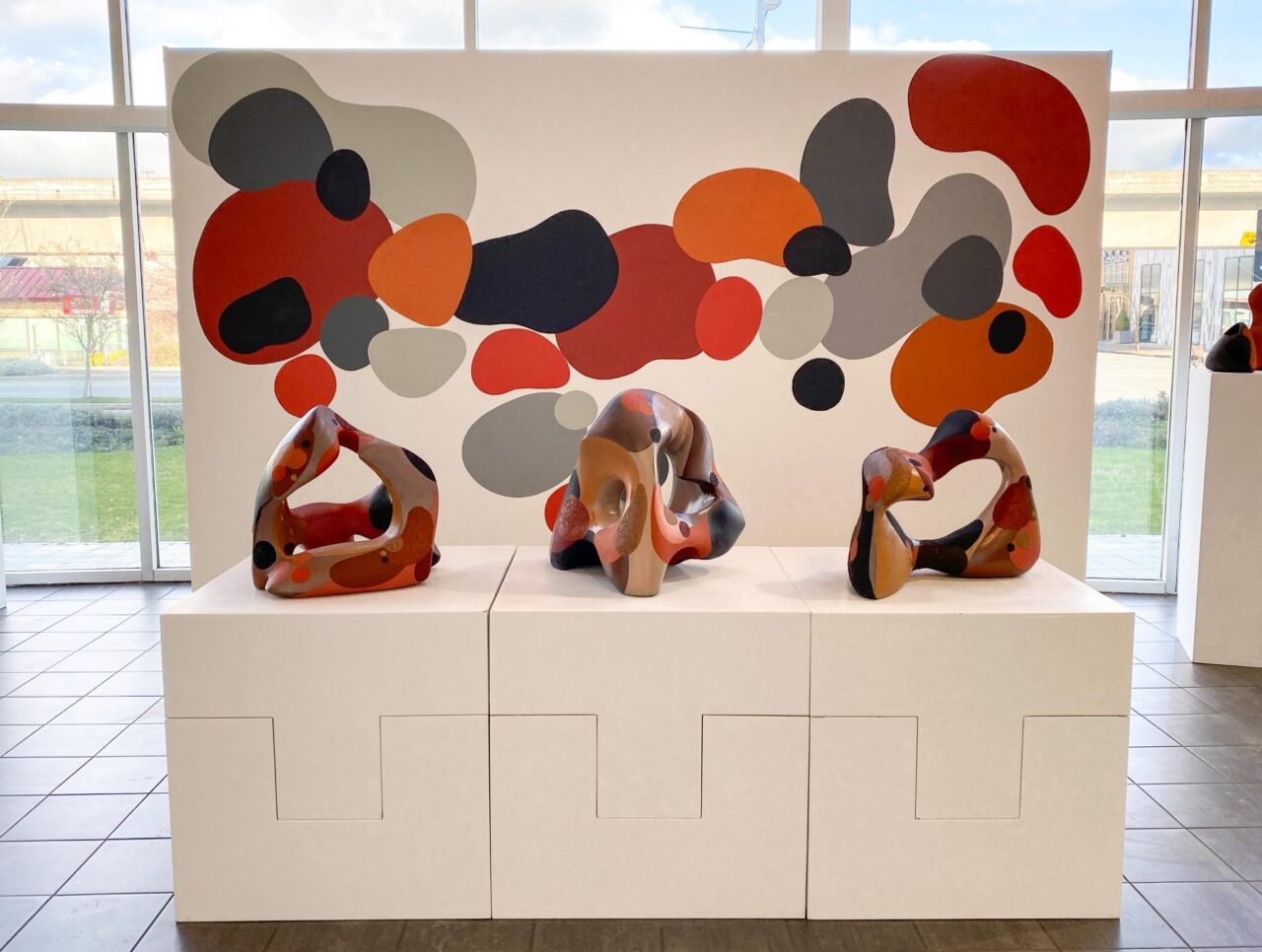 Installation view of Earthbound, at Lipont Gallery in Richmond, BC, in April/May, 2020.

She points to Georgia O’Keefe’s sublime still lifes as a seminal influence. And she pays close attention to the Gastown neighbourhood where she works; changing window displays often present inspiration for colour palettes that later inform her sculptures. Looking back, she says she now believes the pandemic has also played a key role in the evolution of her practice.

“Without COVID-19, I don’t know where my work would have ended up but I would like to think that its because of it that my work took the path it did,” she says, noting some early collaborations with her peers at Emily Carr were also crucial to her development as an artist. “I was lucky to create in the studio at Emily Carr next to other artists who enjoyed this experimentation as well, and I believe through sharing we were all able to gain something through each other’s experiments.”

Nicole Ponsart will give an artist’s talk on June 3 at 7:15 pm via Facebook Live. The Places I’ve Never Been will show at PoMoArts through June 20.