It’s a showstopper of a statement. It also serves as something like a cipher for many of the strategies employed by the artist and Emily Carr University MFA student in pursuit of an art practice preoccupied with slowness, attention, and the commodification of time.

The phrase points to the second law of thermodynamics, which Xinwei tells us is the only physics equation that separates past from future. The law also points to one of the materials Xinwei has been working with for most of a decade: wax.

Wax is used to imitate skin in wax figurines, she notes. When held, “the heat from your skin softens the wax and causes it to change,” she says. In this way, wax illustrates the ironclad law of heat transfer from a warmer body to a cooler one — and therefore to the separation of past from future. But wax’s relationship to time doesn’t end there.

“Before the invention of pendulum clocks, candles were used as the primary means to keep track of time in many parts of the world,” Xinwei says. “But the burn-time of candles is actually really affected by the temperature, the humidity, the presence of wind and many other not-so-visible factors in a place.” 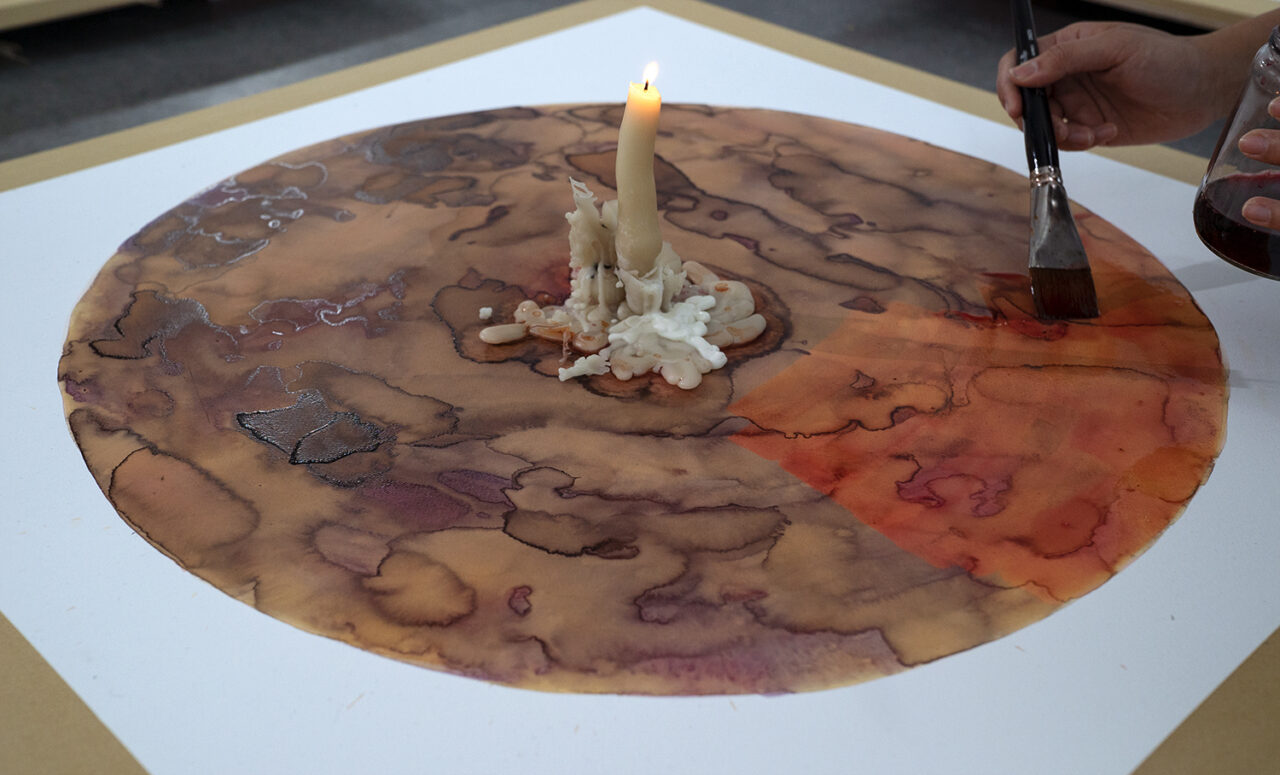 These “not-so-visible factors” include altitude (according to Einstein’s theory of relativity, time moves more quickly on a mountaintop than it does at sea level) and mass (large masses slow time down around themselves).

For the modern western individual, such factors also include the capitalist lens through which all experience — including the experience of time — is filtered, Xinwei says. Each day, week, month and year are divided up into units that people trade for capital, the accumulation of which very often stands in for the value of the individual. That accumulation is also never finished, meaning the present is always subservient to an imagined future.

But all of time exists in the present moment, Xinwei says, paraphrasing Dogēn Zenji, a 13th-century Japanese philosopher and founder of the Sōtō school of Zen Buddhism. And in that sense, focusing on the present means not only that you are experiencing time as it truly exists — it is something akin to a radical act of resistance.

All of these threads surface in Xinwei’s recent durational performance, titled Holding. 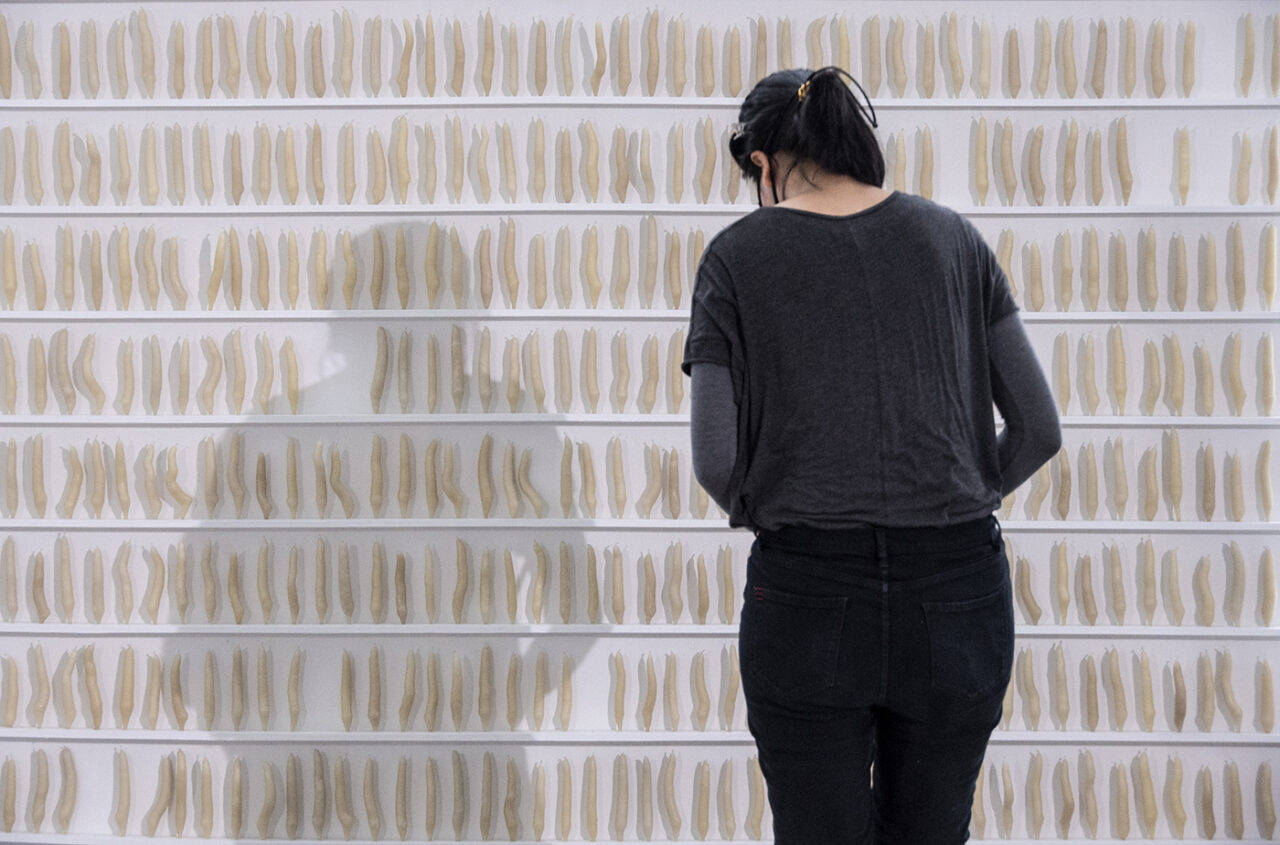 The work saw Xinwei spend a 40-hour week amidst a grid of blank panels. She was equipped with paintbrushes, pigments made from traditional Chinese medicines, and a vast array of irregular handmade beeswax candles. As her eight-hour days progressed, she painted circles onto each panel with her medicinal pigments. Once painted, Xinwei carefully placed candles at the centre of each circle, often rolling the candles between her palms beforehand in a gesture that literally enacts the transfer of heat from a warmer body to a cooler one.

Frequently, she sat or knelt within or just outside the grid, taking up an attitude of repose while the handful of small flames burned. The instability of the hand-mixed pigments meant Xinwei’s painted circles grew increasingly variegated in response to air, heat and wax.

(Once the performance was concluded, Xinwei gathered the melted beeswax residue for the creation of new candles for future projects — the stuff of the past literally informing the stuff of the future.) 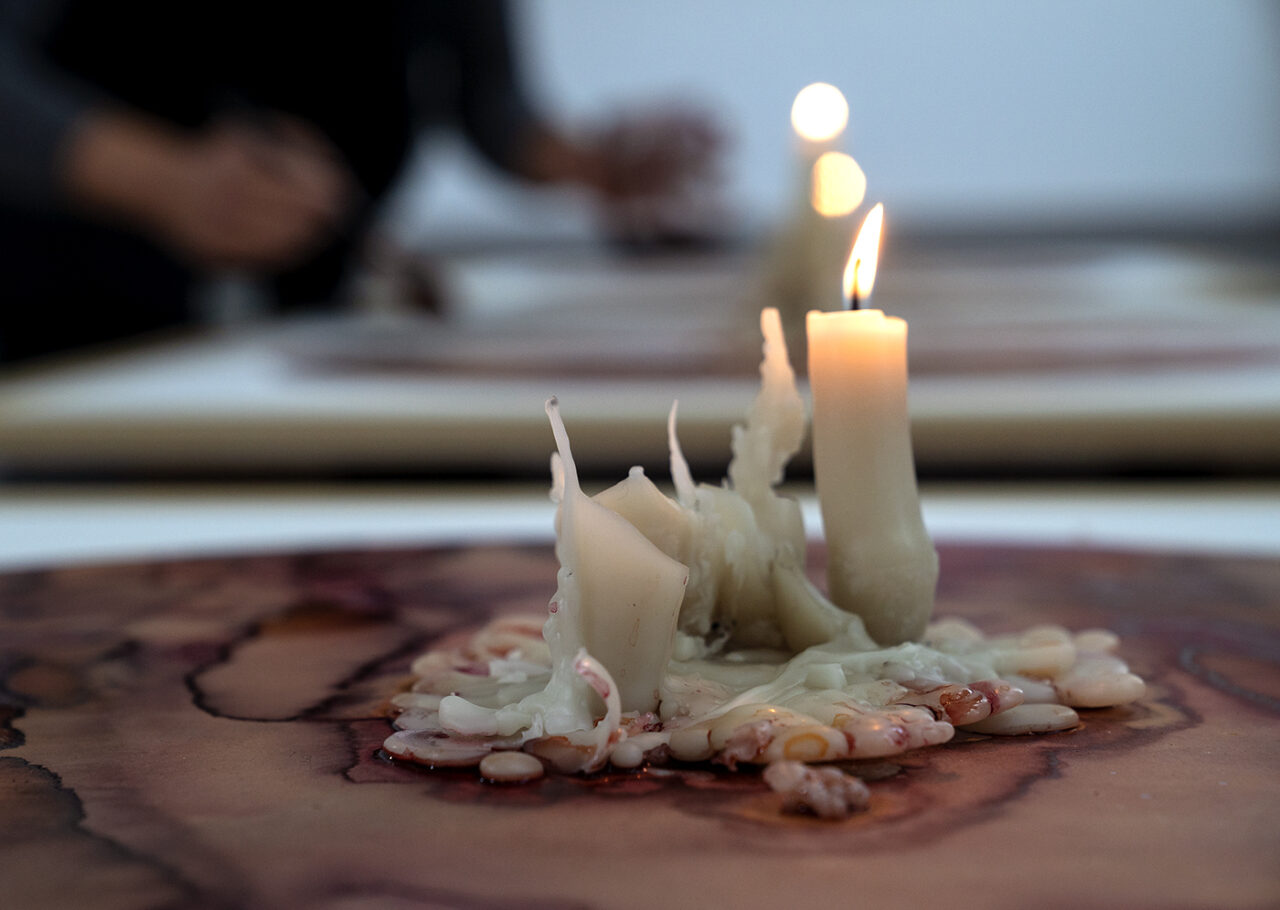 Xinwei was not the only CAGS presenter to propose time as a site of agency and resistance. During the symposium, ECU dean of graduate studies and associate vice-president of research Steven Lam drew a parallel between Xinwei’s work and that of her fellow MFA candidate, Avi Farber. Both artists use fire as a material, Steven observed, and do so at least partly in service of an exploration of time. For Steven, this conjured references to “burnout” — a phenomenon many people were all too familiar with even before the boundary between work and home was effectively erased by COVID-19.

In response, Xinwei pointed to Avi’s practice of collecting raw clay by hand from natural deposits for use in creating ceramics. This practice shares common ground with her own interest in building relationships to specific materials, Xinwei suggested. But it also aligns squarely with her aim of disrupting capitalist time.

“I was so excited to hear you talk about collecting the clay and using a material in your work as a way of getting to know the land,” she told Avi. “That’s not something that a burnt-out society does. It is so contrary to society’s ideas about how we should be using our time; sourcing our own instead of clicking a button and getting it here, same day delivery.” 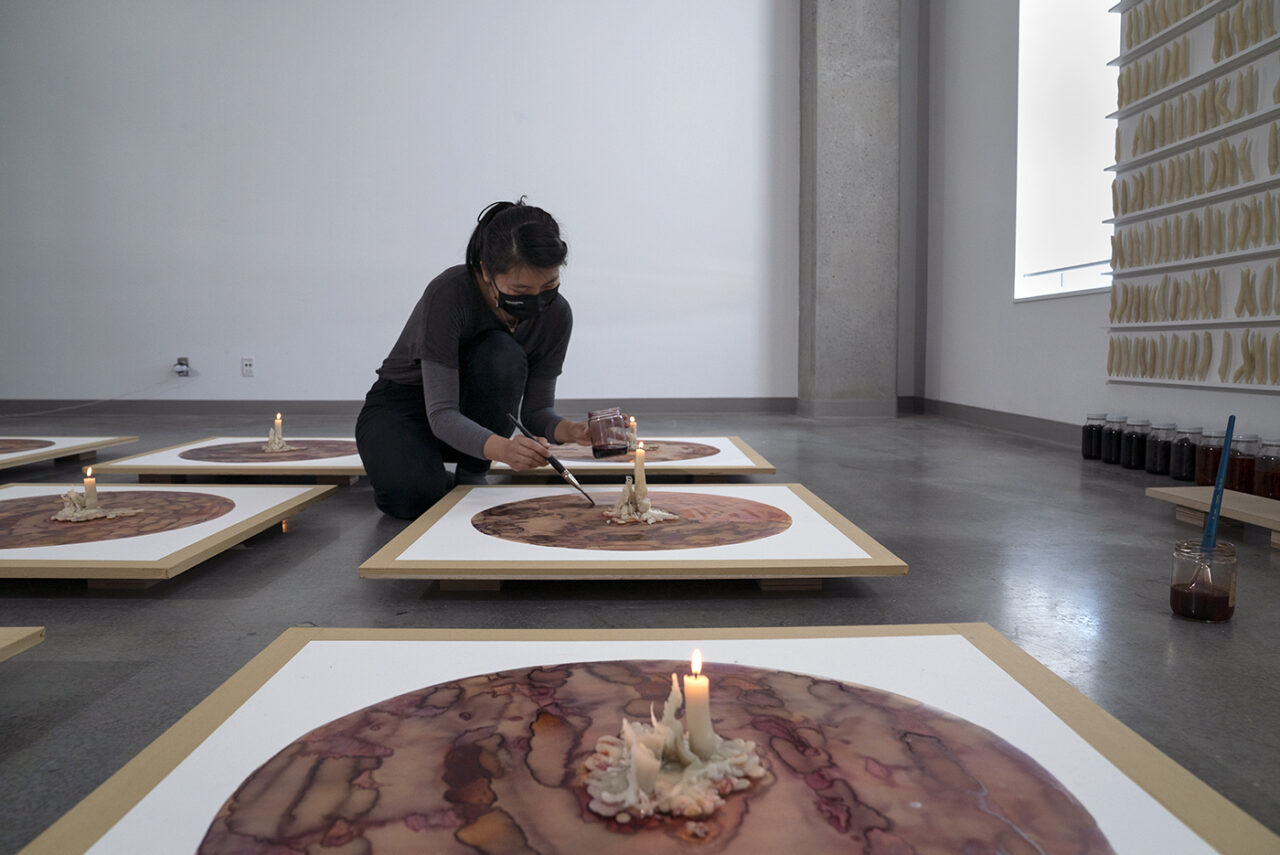 These acts of retreating to slower modes of thinking, being and creating are ultimately ways of undermining notions of human superiority, Xinwei tells me. They offer a chance to acknowledge the limits of rational thinking, and the fallacy of objectivity. They open a space for intuition and present-tense awareness. And they offer a model for a life undimmed by burnout, fatigue, and modernity’s many other quiet afflictions.

“The problems we have created for ourselves in our world can definitely be overwhelming,” she says. “I rely on my practice to find ways to address some of our shared problems, but I don’t assume that I know what the answers are. We got here to this entangled state by believing that our intellect is what distinguishes us from the world, and that we can think our way out of any problem. In my practice, I learn from my materials. These materials, like us, are made of particles that are billions of years old. And I try to open up the space, so others can observe, learn from and simply be with the materials too.”

You can learn more about Xinwei’s practice, including her 2021 performance work, Holding, by visiting her website or Instagram.