Scroll down for a scan of the outstanding media attention our community has recently received!

Matrilineal, an exhibition from artist, community facilitator and arts administrator Haley Bassett has been receiving glowing coverage from news outlets throughout Northern BC.

The Prince George Citizen writes that Haley is a “pillar within the arts community of Northern British Columbia.” Energeticcity, meanwhile, points to Haley’s “extensive array of skills” as well as her work creating better access for artists facing barriers in northern communities.

MyPGNow also noted the exhibition, quoting Two Rivers Gallery assistant curator Kait Herlehy who said, “We are thrilled to be able to share this space with Haley Bassett and give the Prince George community an opportunity to learn about her and the powerful work she is doing.” 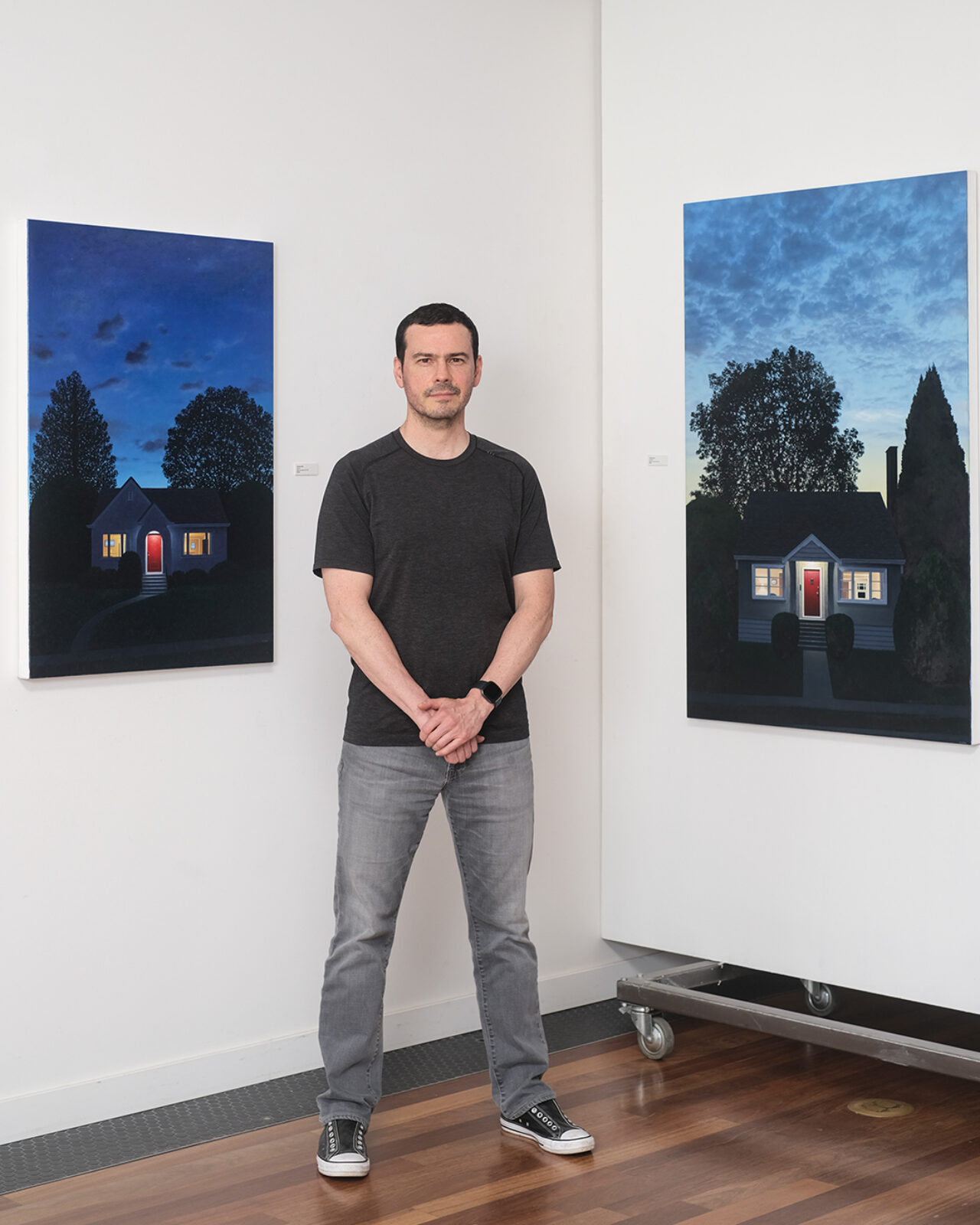 Artist Anselmo Swan (BFA 1996) was the subject of a recent feature in local food and culture publication Scout Magazine.

Anselmo’s interview comes as part of a new monthly series in which Ian Tan Gallery introduces an artist to Scout readers with a Q+A.

Reflecting on a stunning series of oil paintings depicting houses in half-light, Anselmo says he “was inspired by contemplating homes in the evening as they rest under twilit skies. Walking through familiar neighbourhoods with only the sound of an occasional car going by, I take in those still, quiet evenings of days winding down and families enjoying a respite after a hurried day.”

See more about Anselmo’s work via his website, and via Ian Tan Gallery. 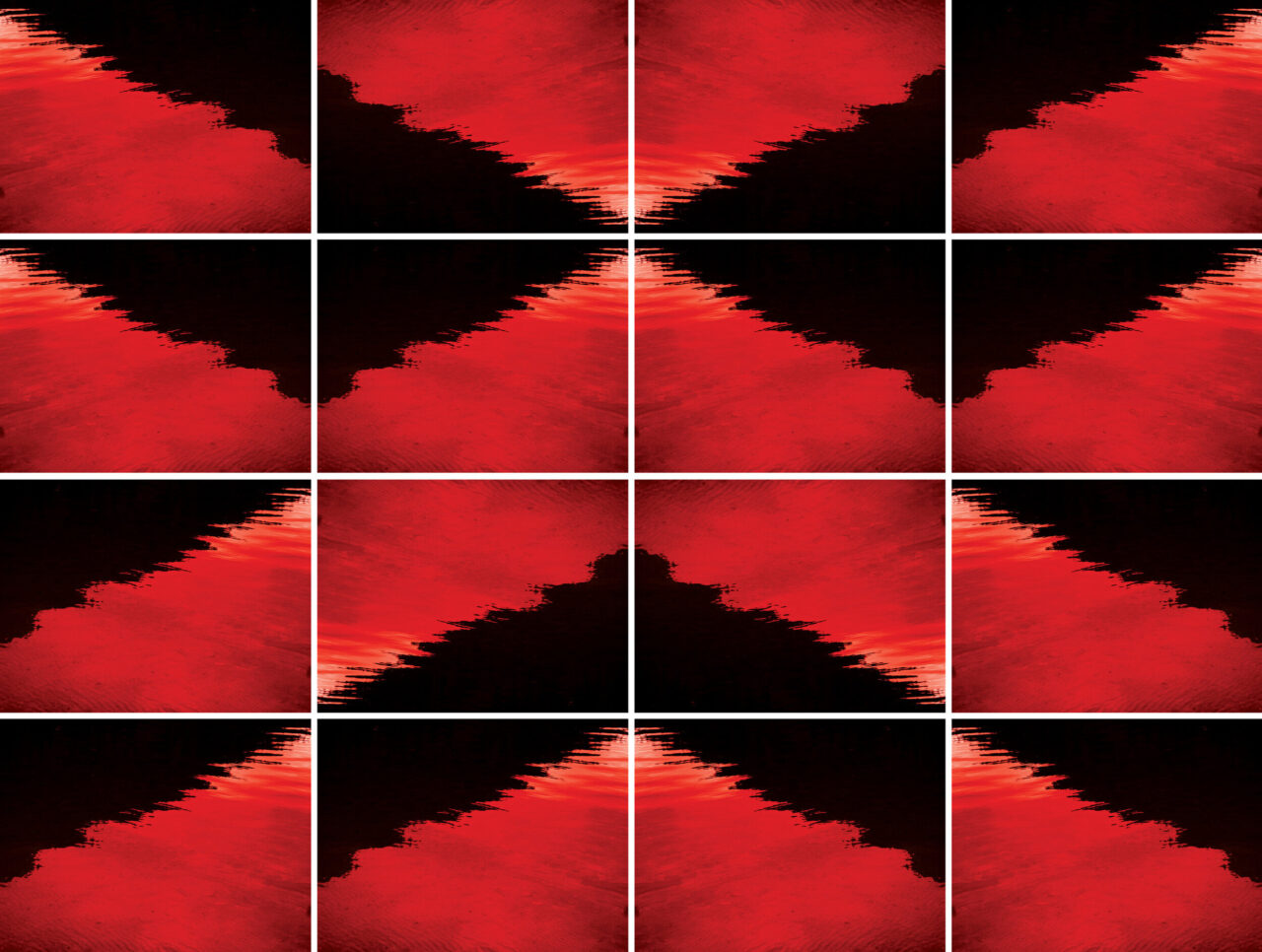 “Alex Turner’s work is a love letter to Harrison Hot Springs nearly 60 years in the making,” the Agassiz-Harrison Observer wrote recently of the late artist’s oeuvre.

“He’s just a really learned, intellectual visual artist who saw art everywhere,” Rosa tells the Observer. “Everything, to him, meant something. Everything was interpreted through the eye of art for Alex.”

Even while teaching art in Ontario for 24 years, the Vancouver-born artist and graduate of Vancouver School of Art (now known as Emily Carr University) never lost touch with his hometown. For six decades, he returned to Harrison every year to his family home to visit friends and the place he adored.

But Alex’s love for the Harrison area contained sorrow as well as reverence. His work often grieved the urbanization of the region, Lucian notes.

“It’s about motion and the passage of time,” Lucian says of a particular series of photographs. “That’s what the whole series is about, really lamenting what’s happened in this area from a more rural and forested area that he knew to what we have now.”

Read more about Transformations via Galleries West. Visit Alex's website to learn more about his work.

Transformations will be on view at the Ranger Station Art Gallery through July 24.

Speaking to Daily Hive about the work titled Stronger, Kaitlin noted the predominance of orange and red. These colours link respectively to the Every Child Matters movement and the Missing and Murdered Women, Girls and Two-Spirit People movement, she said. Cedar boughs, feathers, a protective blanket and a medicine wheel also give life to the work’s themes.

Kaitlin, whose mother is Cree from Swan River First Nation and whose father is Coast Salish from Tsawwassen First Nation, says she’s been gratified to reconnect with her community following a great deal of travel and study.

“After being away from my culture for so many years, it’s been extremely fulfilling and enlightening,” Williams said. “I’ve struggled to value myself as an Indigenous woman growing up, and had fought against stereotypes and prejudices. I find that reconnecting with my nation and witnessing strong Indigenous women work and practice their culture proudly has encouraged me to be confident in myself and share my knowledge.”