Andrew James McKay (BFA 2019) has been busy since graduation. Even the pandemic couldn’t slow down the prolific artist. His achievements in 2022 alone include a Canada Council Grant, a Patricia Warfield Jinishian Figurative Award and a grant from the Elizabeth Greenshields Foundation.

Scaring Away a Dream, his latest solo exhibition, opened online at Thierry Goldberg on Dec. 9. The exhibition showcases Andrew’s meticulous cityscapes and portraits. The artist dives into the urban restructuring of the City of Vancouver, showing keen attention to the world around him.

The cityscapes show the perils of ongoing gentrification as “looming construction becomes a ticking timebomb of possible eradication and erasure,” writes Thierry Goldberg. 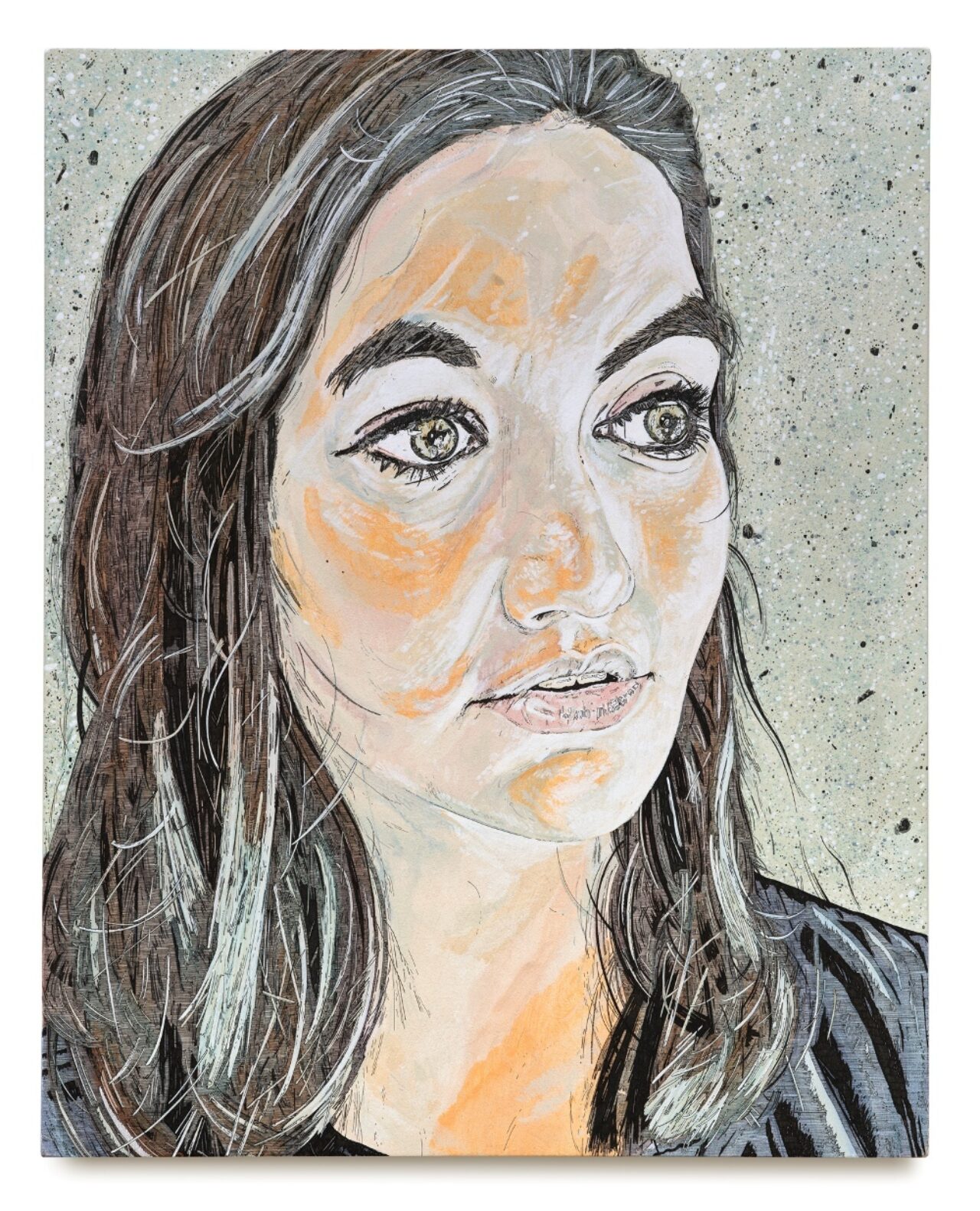 In an interview with Thierry Goldberg, McKay says his portraits derive solely from his life.

“I work directly from my lived circumstances and from the people I meet who then become sitters,” says the artist. “Sometimes I’ll meet somebody and I’ll think I have an idea of who they are and how I might depict them. As soon as I start the picture, it becomes immediately more difficult because they are no longer the same person, even in that short interval between initial interest and first brushstroke.”

“As a kid, I didn’t know what they were but I knew that I liked them,” he tells Thierry Goldberg. “I wouldn’t stylistically know what etchings or engravings were ’til several decades later. But I liked the specificity and how this specificity seemed related to the detail and the craft of those kinds of images.”

The work in Scaring Away a Dream was produced thanks to the Elizabeth Greenshields Foundation, which has supported Andrew’s practice since his first year at ECU. Greenshields aims to foster the practices of emerging figurative artists. Andrew received his first Greenshields grant in 2016, his second in 2018 and his third in 2022. He is one of only 115 artists to receive such support since 1955.

“I can’t say enough kind things about the Elizabeth Greenshields Foundation and their staff,” Andrew says via email. “Frankly, it saved me from having to quit school for lack of means.” 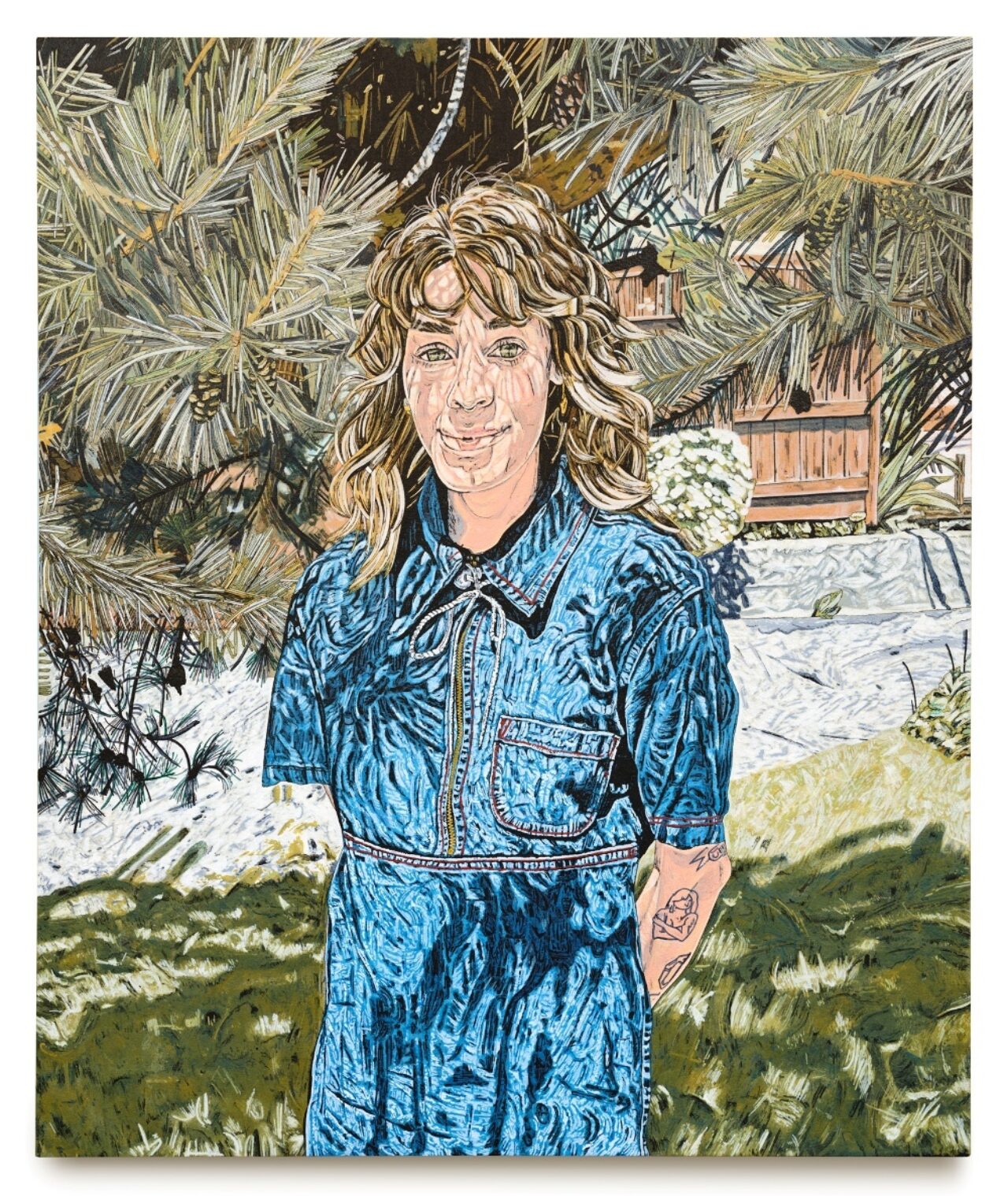 Andrew’s 2022 Canada Council grant supported a project he sees as a “direct offshoot” of his time painting houses. During his degree, he wanted to install unframed work on the wall for critique. But he realized the walls would need to be pristine. This preparatory step became Andrew’s first taste of house painting — and he found he liked it. A short time later, he started working as a house painter for a pair of friends in Ontario.

“We travelled widely and painted all sorts of places – couldn’t have had a better time with it and got to see such a variety of things I wouldn’t have otherwise if I’d been stuck in a shop or an office,” he says. “The more I did it, the more compelling the whole thing became. Probably even the most prosaic circumstance becomes exciting if you spend enough time in it. The transformation of entire rooms with their huge surfaces [was] such a departure from the paintings I make.”

The change of pace “made an impression.” Andrew soon created a few initial pieces titled after the addresses of the sites he worked on. The paintings were a way of exploring his complex feelings about that work. For instance, he was keenly aware that he “was part of a reno team embellishing real estate ... to make homeownership even more financially inaccessible for myself in the midst of a housing crisis.”

With support from the Canada Council, he completed 20 paintings on the theme. He plans to show the paintings alongside works by artist Isaac Watamaniuk, for whom he worked as a house painter in Ontario.

Andrew’s online exhibition with Thierry Goldberg is up until Jan. 6, 2023.