Each of the 13 participating artists represents a province or territory in Canada. Lara, a member of the Little Salmon Carmacks First Nation, was chosen to represent Yukon.

“I think it’s exciting,” Lara told the CBC in an interview. “I think it’s a big thing for me. It makes me feel like I’m doing the right thing by continuing down the path of art.”

As with all of this year’s artists, Lara was nominated by a 2021 participant. Lara was first introduced to her nominator, artist Monika Melnychuk, through the Yukon First Nation Education Directorate.

“Monika gave me a nice chat on how to be fair to myself as an artist,” Lara says. A short time later, Monika asked Lara’s permission to submit a nomination to Purolator. 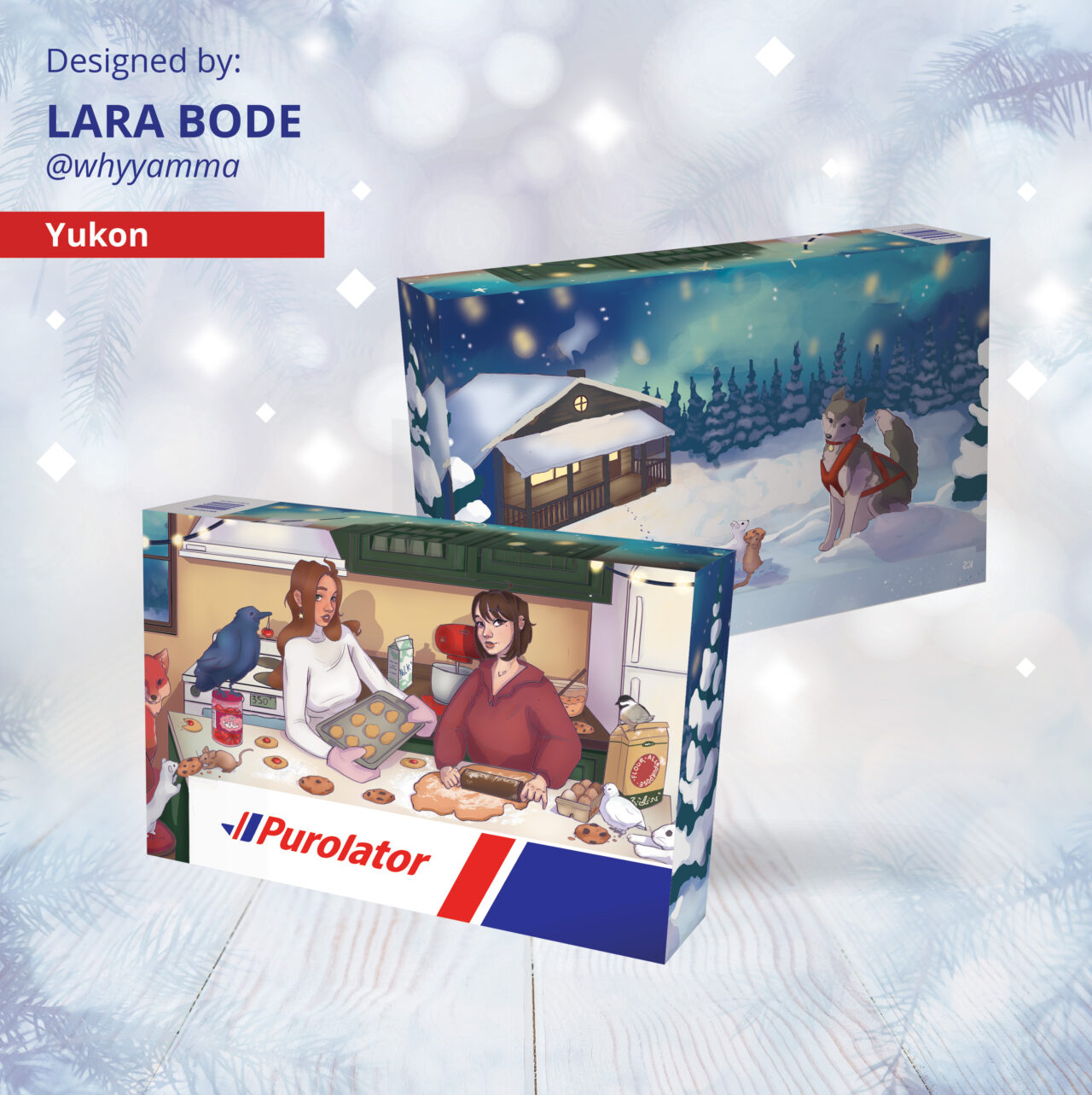 “Every year me and my mom will bake tons and tons of cookies so I really wanted to capture that,” Lara told the CBC. (Image courtesy Purolator)

Ken Johnston, Purolator’s senior vice president of people and culture, said the 2022 collection “depicts the many ways Canadians gather during the holiday season, various cultural traditions and the way food is often at the heart of our festivities.”

Lara, who describes her work as anime meets Disney, made sure her illustration included personal and regional flavour.

“Every year me and my mom will bake tons and tons of cookies so I really wanted to capture that,” she said. “So, it’s two young ladies. They’re baking cookies. And they’re sharing it with local wildlife from the Yukon.”

Lara told the CBC the experience taught her valuable lessons about working as a professional artist. It also came with an important bonus: the company donated $5,000 to the Whitehorse Food Bank.

“I think it’s [a] really important initiative,” Lara said. “I feel like during the holiday season you sometimes get caught up in yourself and it gets a little harder to remember that it is a time of giving.”

Read Lara’s full interview online now via the CBC. Follow Lara on Instagram to see more of her stunning work.

Want more stories like these delivered to your inbox twice a month?