Patrick Christie (BDes 2011) is a social innovator. Whether it is his own enterprises or his passion for igniting a new wave of creative leaders, his community-driven approach has provided the ability to succeed. We sat down with Patrick to discuss his journey from when he was a student at Emily Carr University to coming back to help foster and inspire student ideas through the Shumka Centre for Creative Entrepreneurship.

“Art school changed my life,” said Patrick. “I went from being someone who was the only artist among a group of athletes to being fully supplied with all the resources I needed to create, opening myself up to materials I never even thought about working with.” That access provided Patrick with the resources he needed to explore other disciplines when he took an additional year to complete his degree.

While on an exchange year in Berlin, Patrick discovered his mom had stage-four pancreatic cancer, an event changing his perspective and approach when it came to school. “I didn’t think my mom would live through the year,” said Patrick, “However, my mom and I agreed that it was important that I continue on with school for that fourth year.” Her encouragement kept Patrick enrolled, but through adjusting his schedule to be on campus only for core studios, it left him with credits to make up the following year. “I did my grad project, everything the rest of my class was doing,” shared Patrick, “but I didn’t walk across the stage with the really amazing cohort of students in my grad class.” His mom passed away shortly after that year was completed. 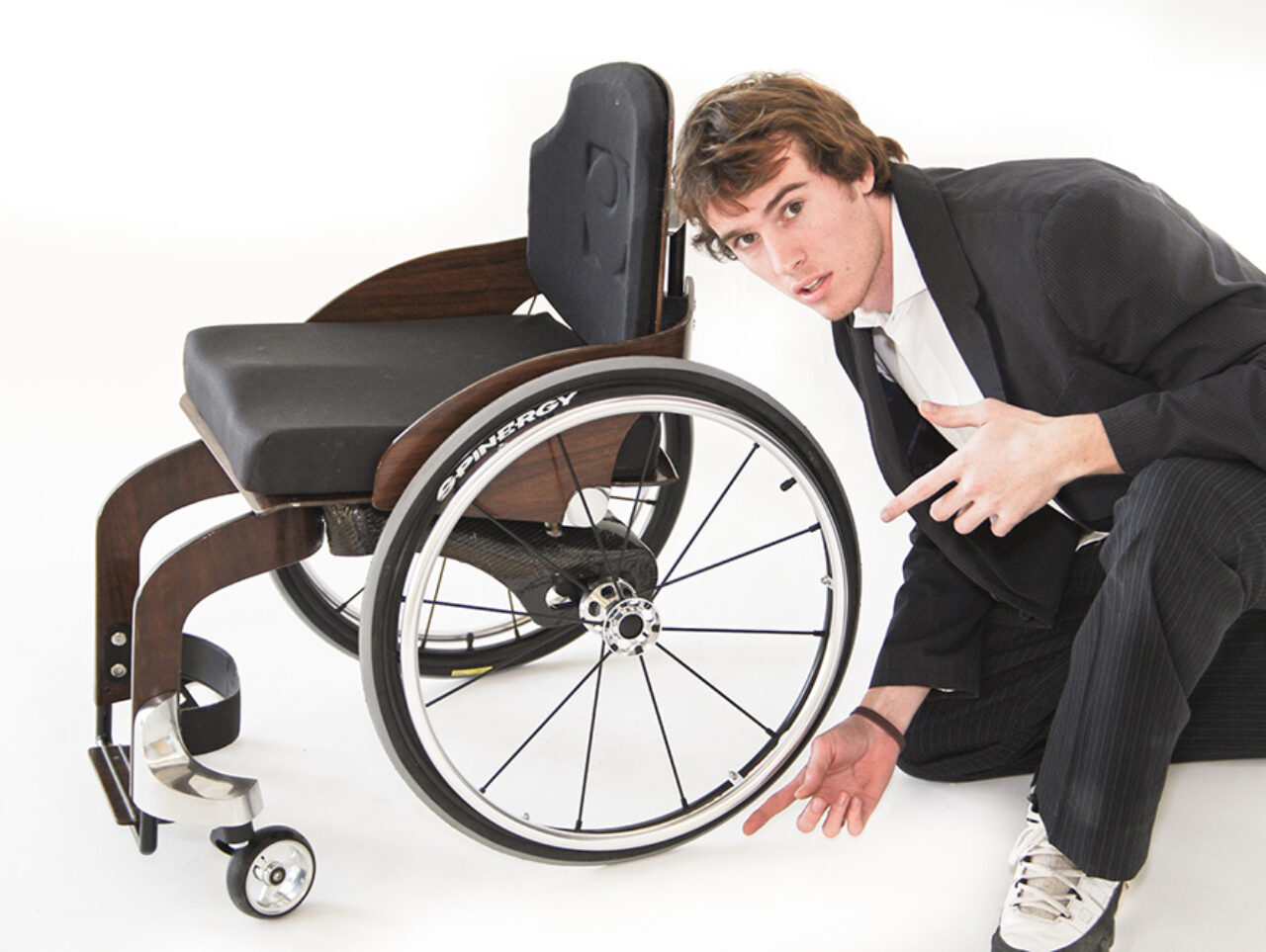 After the summer break, Patrick initially thought that he was only going to attend for the fall semester, but instead seized the opportunity to take studio classes he didn’t have the opportunity for prior. “It was during that fifth year that I actually took my first wood course. I completed all my required courses in the fall, and it left me with the ability to take other classes in the spring, including ceramics,” shared Patrick. “Without the pressure of the grad project thesis, I was just able to play. I had a freedom within that fifth year that I really appreciated.”

In a city with high costs, Patrick’s inheritance provided him with the financial freedom to explore his passions without focusing on a career path immediately after school, something he is extremely grateful for. “I was looking at Vancouver and realizing that I didn’t have to get a job,” shared Patrick, “I saw that I could just start, I could just try everything.” This not only allowed Patrick to start numerous initiatives, but enabled him with a higher tolerance for risk, allowing him to fail over and over. “I would say I’m a failed entrepreneur,” joked Patrick.

“In that fifth year before I left, I was using the facilities in such a big way,” said Patrick, “that realization of everything that was available, what I could create, what I could make of the space really ignited that early stage of entrepreneurship.” Patrick has been involved with the creation of several enterprises including SPACE, Daly Co. and the Yew Woodshop – all located on the 500 Block of Clark Drive in East Vancouver. “I came out as an artist, and through my own community I was able to create a space where I could be a designer within the art world.” 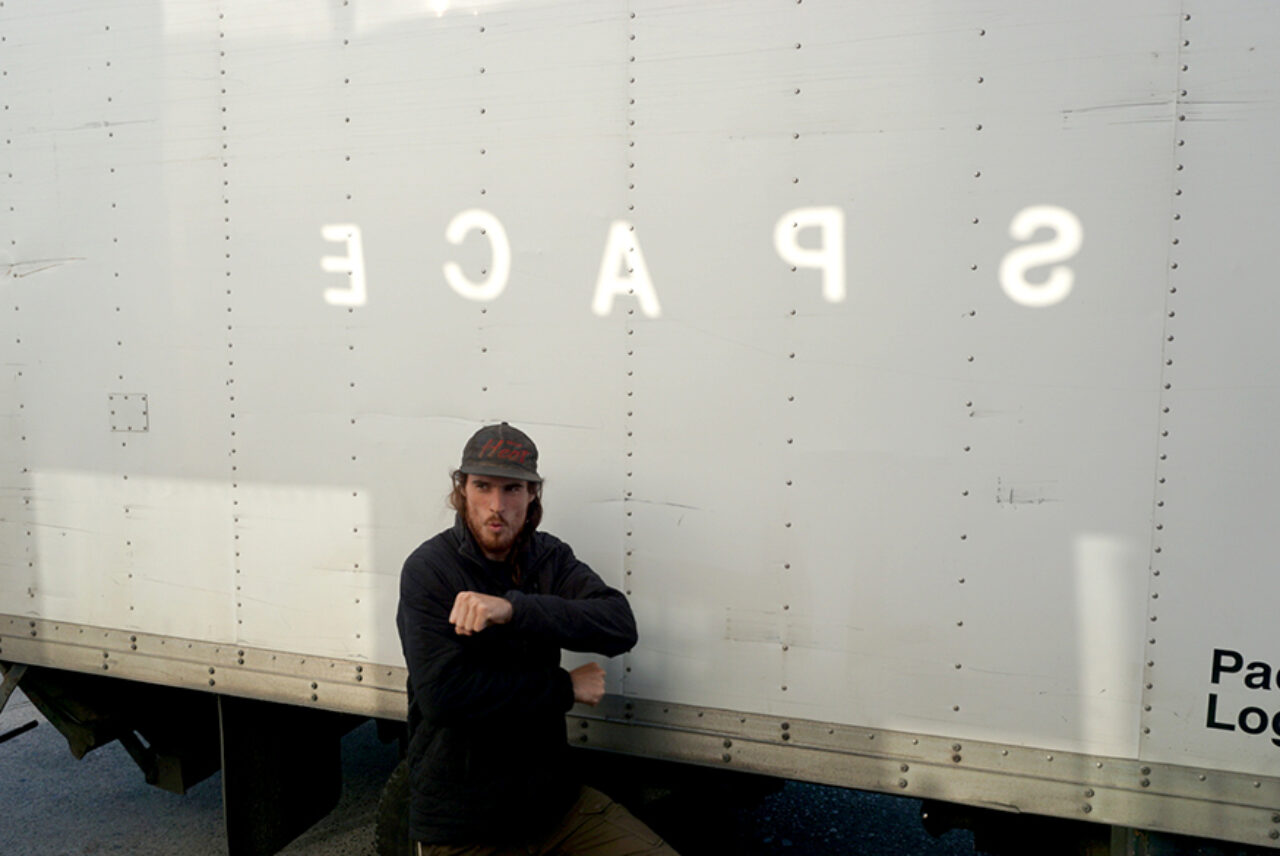 In 2018, the Shumka Centre was developed after Living Labs was awarded a three-year grant from the Vancouver Foundation. Living Labs brought Patrick in as a Research Associate to work with the next generation of creative entrepreneurs from Emily Carr. “‘Entrepreneur’ doesn’t fully capture the levels of ingenuity and community,” shared Patrick, “I prefer ‘creative leaders’ to entrepreneur.”

In his work with students at the Shumka Centre, Patrick stresses something most people only learn after graduating: the community you foster at school is incredibly important. “The thing I always do right away when I chat with students is let them know that the power within this room is the connections you have with each other. We don’t have to create a community, it’s already here,” Patrick said. “The goal is to strengthen the relationships while they’re all here so they don’t have that moment of looking back and realizing what they lost.”

Patrick’s ambition is to have a diverse group of individuals participating at the Shumka Centre, both in backgrounds and practices. “With more students branching out and merging in practices, we can really see a diverse group of students at the centre,” explains Patrick. “We are looking beyond how the students are currently organized within the school. At Shumka, we are discussing the projects students want to create. We are looking to understand the why and how instead of the what, and it is this process that allows us to find unique commonalities amongst pro. The interaction of these different disciplines is something important that I’ve observed at SPACE, and we’re trying to tackle that at Shumka as well.”

As part of his work with the Shumka Centre, Patrick has been hosting student co-creation sessions in the library to talk about the projects they have and want to be creating this semester. With a limited amount of spots per time slot, make sure you sign up! The next co-creation session is December 4. Sign up outside C4210 and be rewarded with cookies for participating! 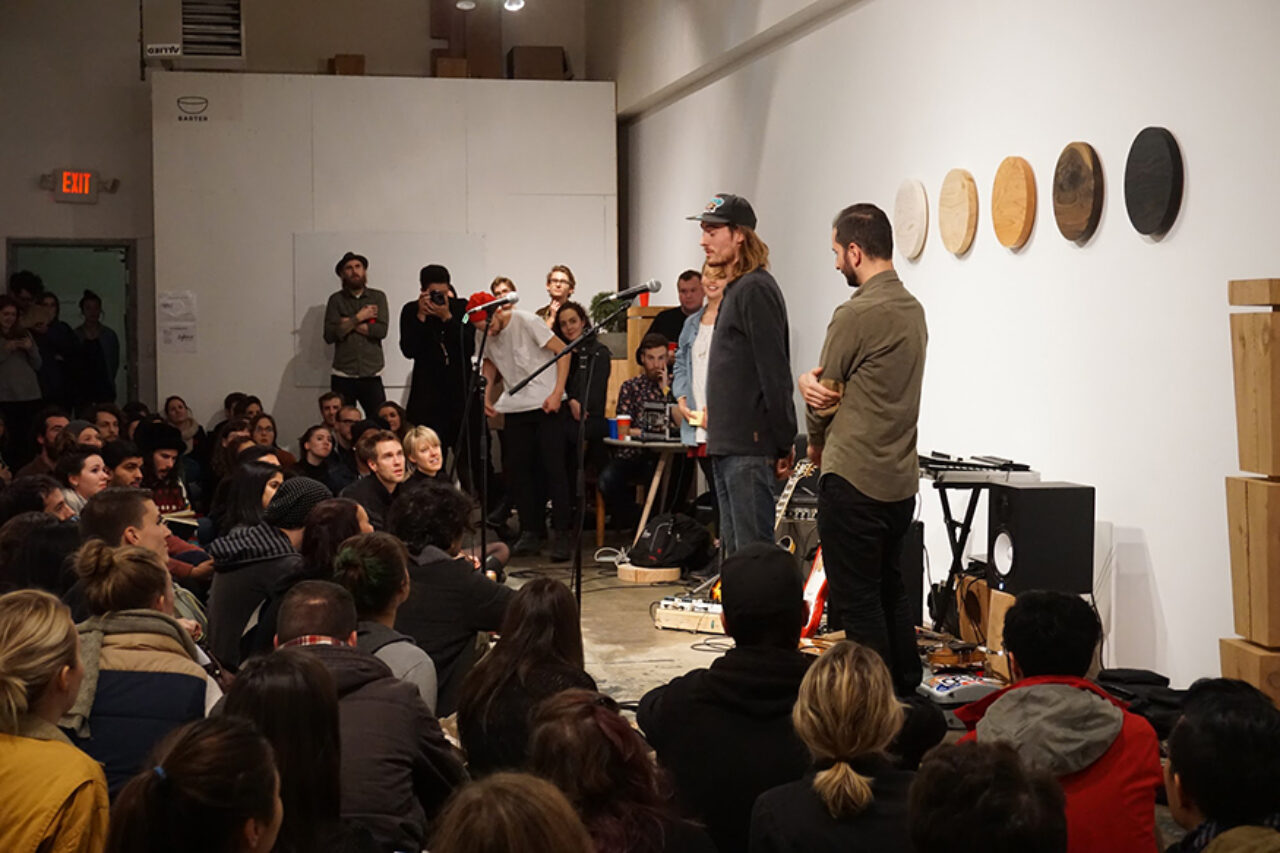 Patrick Christie is an industrial designer, a social innovator, and an entrepreneur, who believes that imagination and play are fundamental to a healthy process of creation and problem solving. His approach to design is both regional and human-centered, using regenerative methodologies to produce solutions and increase connectivity within complex systems. Patrick graduated from Emily Carr in Industrial Design in 2011 and received the Emily Award from the university in 2017.

His art practice is playful and draws inspiration from compositions and formations found in his surroundings. Patrick’s work triggers imagination by inviting the viewer to observe basic and mundane shapes and forms in ways that inspire curiosity and deeper contemplation. His work is rendered through quality craftsmanship and conscious material considerations. He recognizes that his work participates in a larger ecosystem of things, relationships, and systems, therefore he explores deeply into the context of a project before allowing ideas to materialize.

About the Shumka Centre

The Shumka Centre for Creative Entrepreneurship is about fostering the movement of creative people into systems and situations where their work and ideas can have the most impact.

Developed by Living Labs, the Centre has launched in 2018 to act as a hub for activities relating to entrepreneurship and enterprise at Emily Carr University with the aim of establishing a place where creatives can find community and knowledge, as well as a connection to the resources they need to launch their projects in the world– whether those are products, companies, events, curatorial initiatives, non-profit organizations or other initiatives. The Shumka Centre was awarded a three-year grant from the Vancouver Foundation in 2018.