A new documentary from artist and filmmaker Matty Flader (MFA 2020) was recently featured in independent arts and culture publication Wonderland.

The article includes an interview with Matty, who spent a week with his subject — divisive author and pop persona Alex Kazemi — filming his every move on an iPhone. The result is The Real Alex Kazemi, a raw, nuanced, gently mind-bending 16-minute journey through the life of a person whose career is emblematic of the strange netherworld celebrity that has emerged around social media and influencer culture.

“Alex occupies this weird space in culture,” Matty tells Wonderland. “He has this effect on people where nobody knows who he is but when people do find out, he portrays the image of a celebrity. But how can you be a celebrity, if no one knows who you are? At the same time, isn’t that the current moment of influencer culture? We can follow someone with 600k followers on TikTok but no one on your street might know their name. Crazy.” 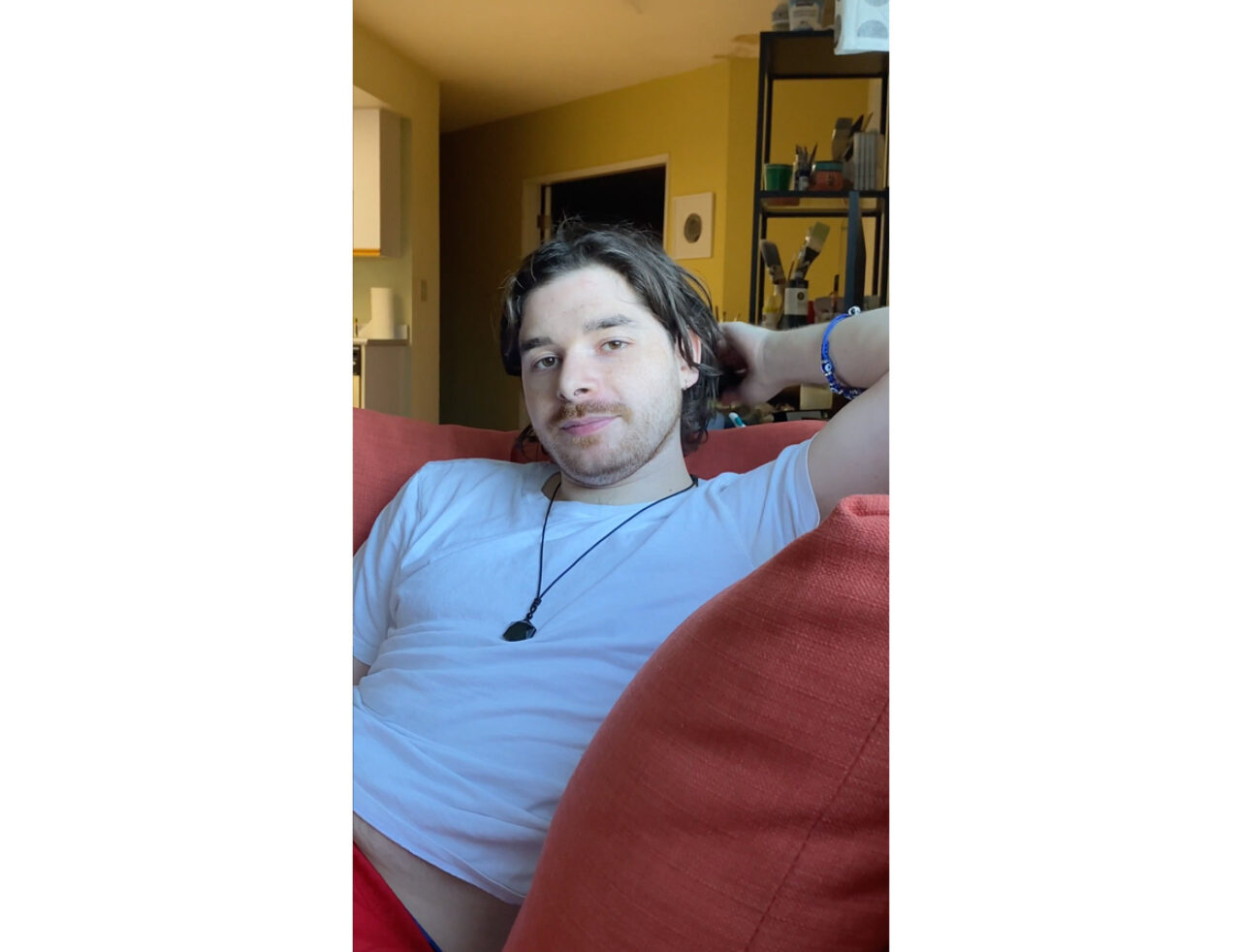 Matty wields his bare-bones tools to maximum effect, performing subtle cinematographic and directorial maneuvers to emphasize the snake-eating-its-own-tail-ness of Alex’s rationalizations and musings. The film’s anti-cinematic smartphone-aspect vertical framing directly references TikTok and Instagram Reels — platforms Alex both rejects and relies upon in his pursuit of fame.

Alex is intimately connected to — and a product of — our collective participation in informal spaces of online culture-making, Matty seems to suggest. This proposes Alex as a creature of our own making, or at least as a dark mirror for a particular set of collective impulses.

We are all, in other words, authors of the lives of people like Alex, whether we mean to be or not.

Nor does Matty spare himself the knife. While his narration in the opening minutes of the film frames The Real Alex Kazemi squarely as a documentary (albeit one that doesn’t take itself too seriously), Matty doesn’t shy away from making clear how much influence he, as the filmmaker, has over what you’re seeing. 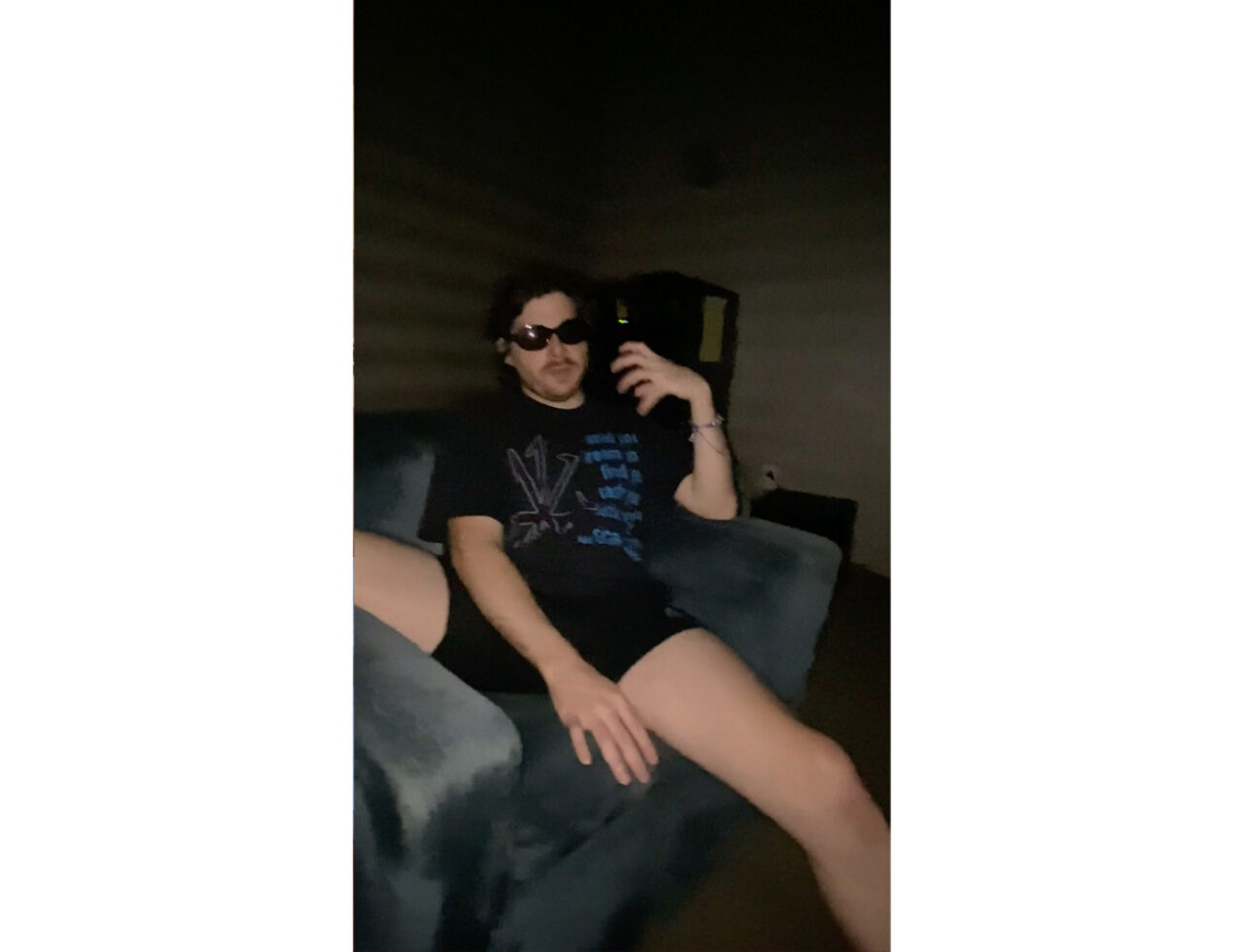 Toward the end of the film, following an extended monologue where Alex delivers what could almost be seen as the film’s raison d’être, Matty pipes up from off-camera, not only shattering the sincerity of the moment, but calling into question the authenticity of the entire film.

“I’m trying to show people the worst aspects of image construction and self-obsession and mythologizing yourself,” Alex says, sprawled on a couch wearing dollar-store sunglasses. “It’s supposed to make people feel uncomfortable about that aspect of themselves that is curating their perfect Instagram grid. Look at yourself and become self-aware of it. We want to be seen and we want to be heard, but is it worth it?”

“‘K, love the message, it felt a little acted. Let’s just try it again,” Matty says from behind the lens.

What follows is a classic director-actor exchange where Matty elicits from Alex the exact moody, contemplative quote that will make the movie sing. Choosing to include this moment in the film destabilizes the viewer’s entire experience of what they’ve seen up until that moment. In doing so, Matty proposes artifice as a fundamental condition for contemporary celebrity and culture-making more broadly. 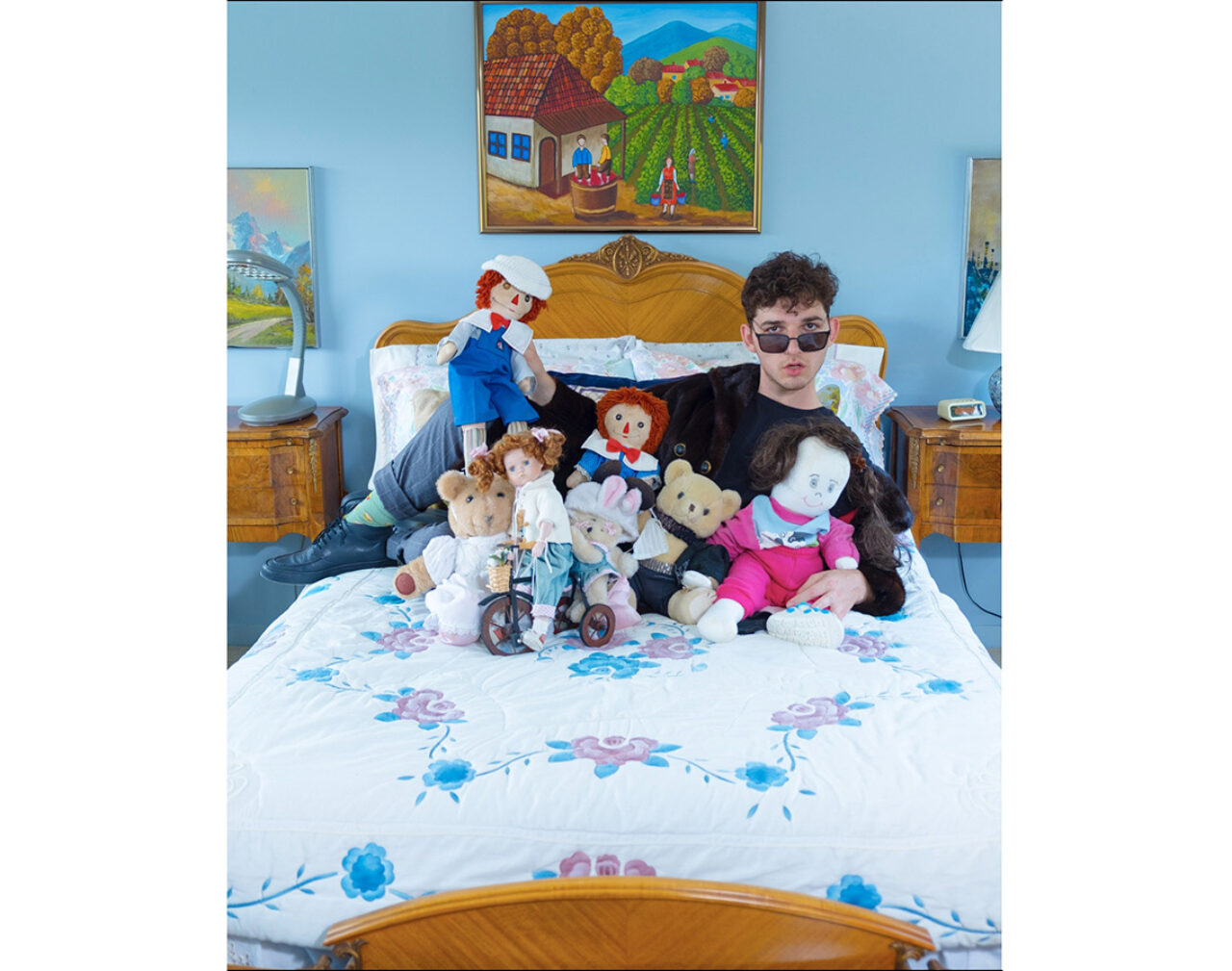 You can read Matty’s excellent interview via Wonderland, where you can also watch The Real Alex Kazemi in its entirety. Check out Matty’s website to learn more about his work.