Led by artist Kyle Scheurmann (MFA 2018), the Art Auction for Old Growth has its roots in the realization that many Canadians see old-growth logging as a localized issue.

“This auction came from the desire to bring eastern awareness, support and fundraising to what many perceive as a BC-only problem,” Kyle tells me via email. “Old-Growth logging affects everyone globally.”

Kyle, a plein-air painter whose stunning paintings often take BC’s forests as their subject, has shown and sold his works extensively in Toronto. He has also visited the Ada’itsx/Fairy Creek Blockades twice with the invitation of Pacheedaht Elder Bill Jones, including a four-month stint last summer. Kyle’s time with the Fairy Creek forest defenders was a “catalyst for an ongoing project of advocacy and awareness in defence of these endangered ancient ecosystems,” he says.

With all this in mind, Kyle felt “uniquely positioned” to raise the issue of old-growth logging outside Canada’s westernmost province.

“Hosting a decentralized, online auction seemed like the most effective way to do this and now it’s grown into something well beyond my expectations!” 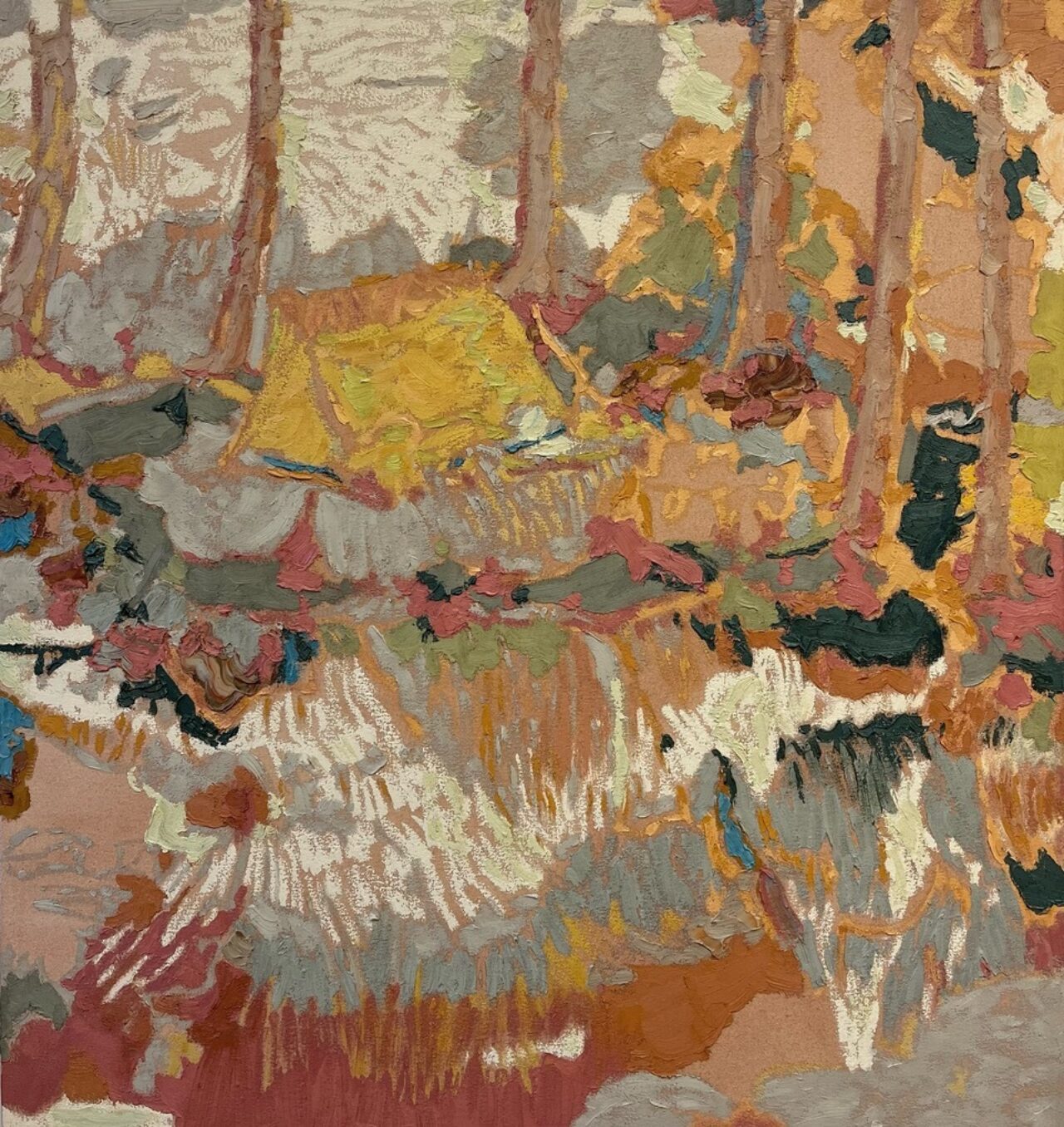 Proceeds from the Art Auction for Old Growth will go to the Old-Growth Solutions Initiative (OGSI), which works to protect endangered old-growth forests in BC. Run in collaboration with the conservation charity Nature-Based Solutions Foundation (NBSF) the OGSI is a joint project by some of the province’s most experienced conservationists. The OGSI aims to fill “key conservation-funding gaps that are essential for creating new protected areas for endangered old-growth forests.”

Old-growth trees, which on the coast are more than a two-and-a-half centuries old at minimum, are often called “mother trees” because of their vital role in supporting the well-being of the forest. Old-growth forests, meanwhile, are considered to be on the brink of irreversible biodiversity loss.

“BC contains some of the most magnificent and endangered old-growth forests on Earth,” the Art Auction for Old Growth promotional text reads. “These sublime ecosystems host rich repositories of biodiversity and store more carbon per hectare than even the Amazon rainforest. Over the years, extensive logging has annihilated much of what remains of these unprotected forests. But now, we have an opportunity to help ensure these forests are protected in perpetuity through supporting this special project.”

Donations from these artists total more than $56,000 in fair-market value, Kyle notes. 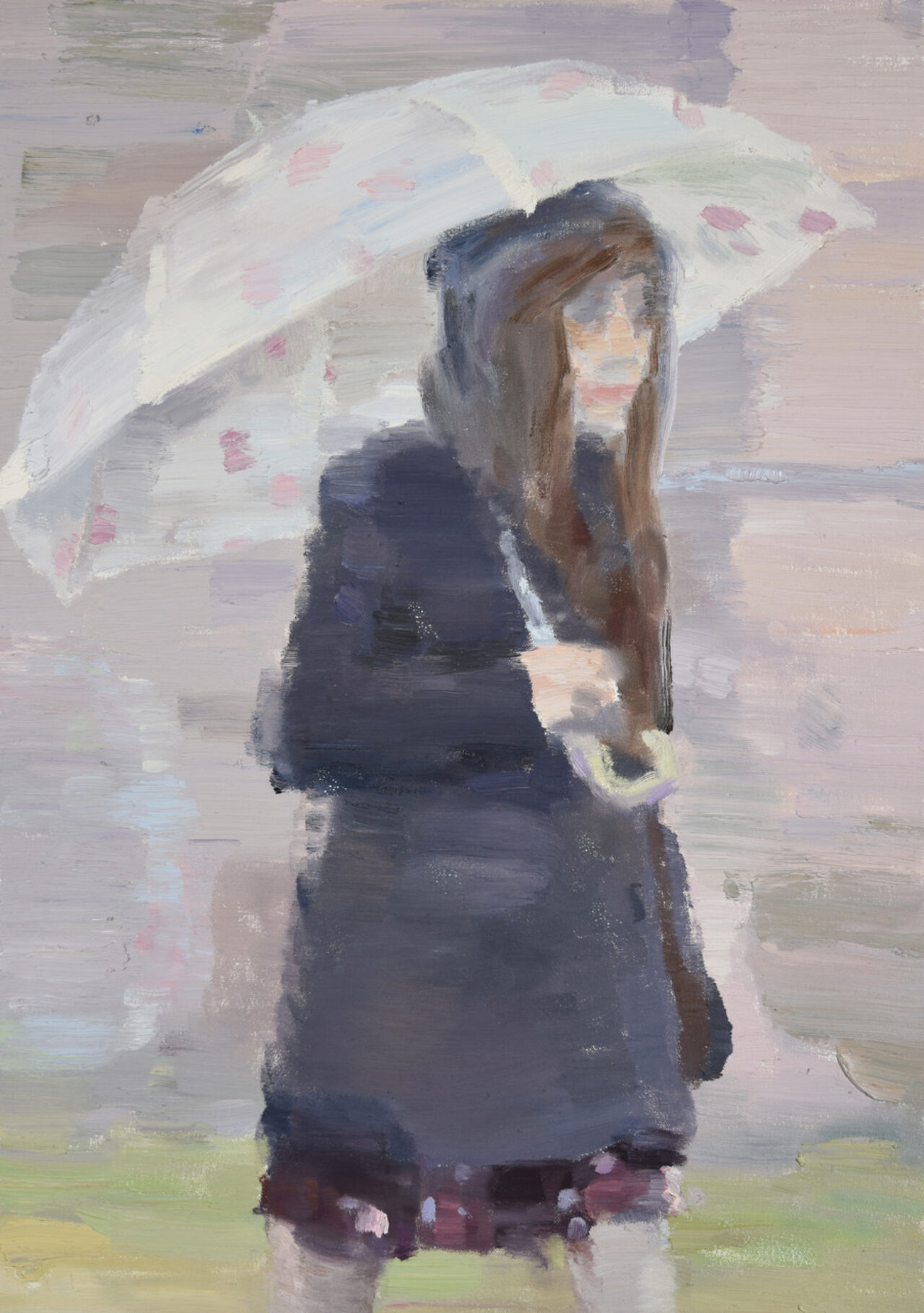 Opus Art Supplies has also joined on as a promotional partner. As part of their support, Kyle will be delivering an artist talk on Sept. 27 to speak on “how environmentalism and creative practice can overlap.”

The online-only auction goes live September 22, and continues through Sept. 29. You can find the auction site at givergy.ca. The NBSF will host a webinar happening on the final day.

Follow the Art Auction for Old Growth on Instagram or check out their Facebook page for a preview of the works on offer. Visit the NBSF online to learn more about their work.

Want more stories like this delivered to your inbox twice a month?

‘Branching Songs’ Aims to Build Empathy for the 1,308 Trees in Burnaby