“We turn to the arts in challenging times to replenish our sense of joy, and inspire, elevate, and move our spirits,” Her Honour said later. “It was a heart-lifting pleasure to visit Emily Carr University, and witness the spaces in which the seeds of creativity take root. I feel deep gratitude toward the work of the staff, teachers, and students at Emily Carr, whose future endeavours will contribute to the vibrancy and beauty of British Columbia.” 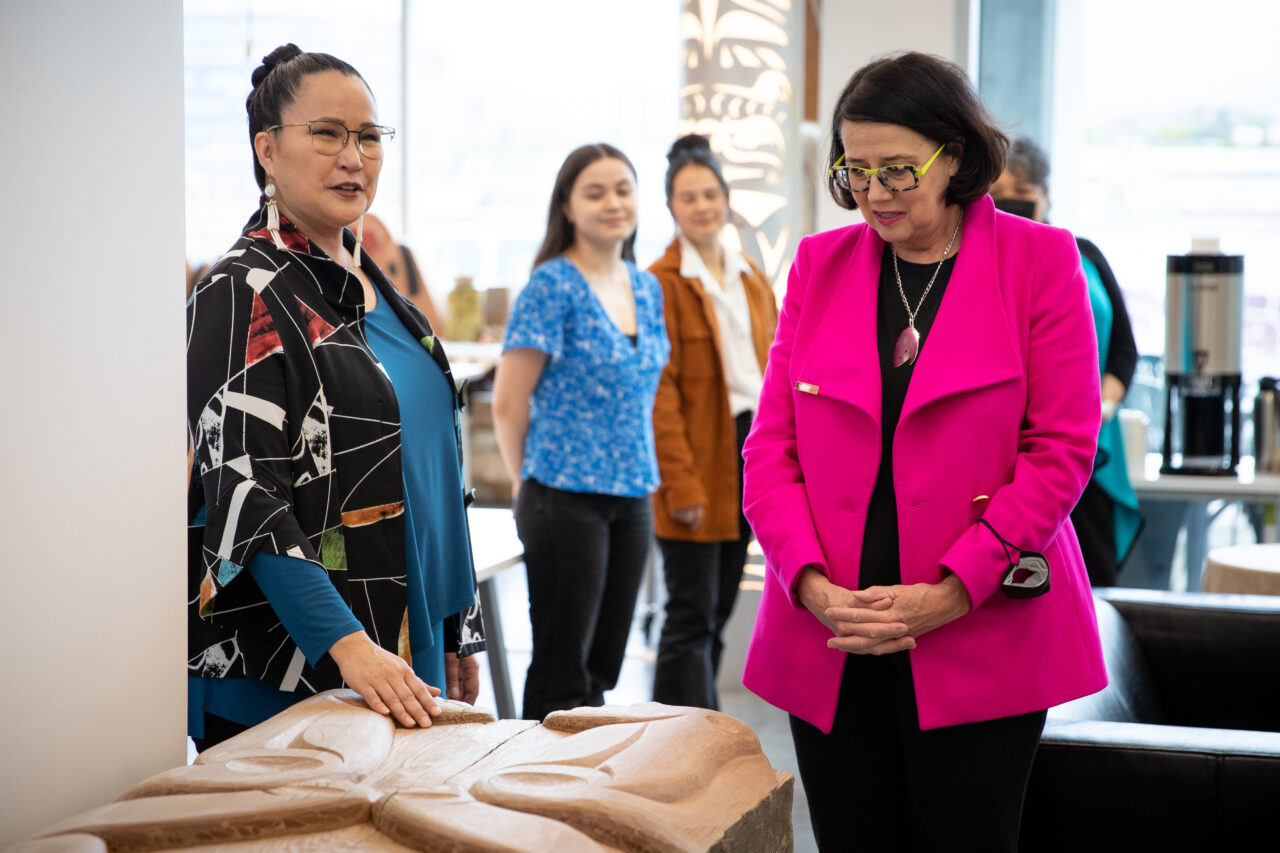 Upon arrival, Associate Director of Aboriginal Programs Connie Watts welcomed the Lieutenant Governor to a reception at the Aboriginal Gathering Place, where she admired Dempsey Bob and Stan Bevan’s totem pole and the house post recently carved by Xwalacktun. 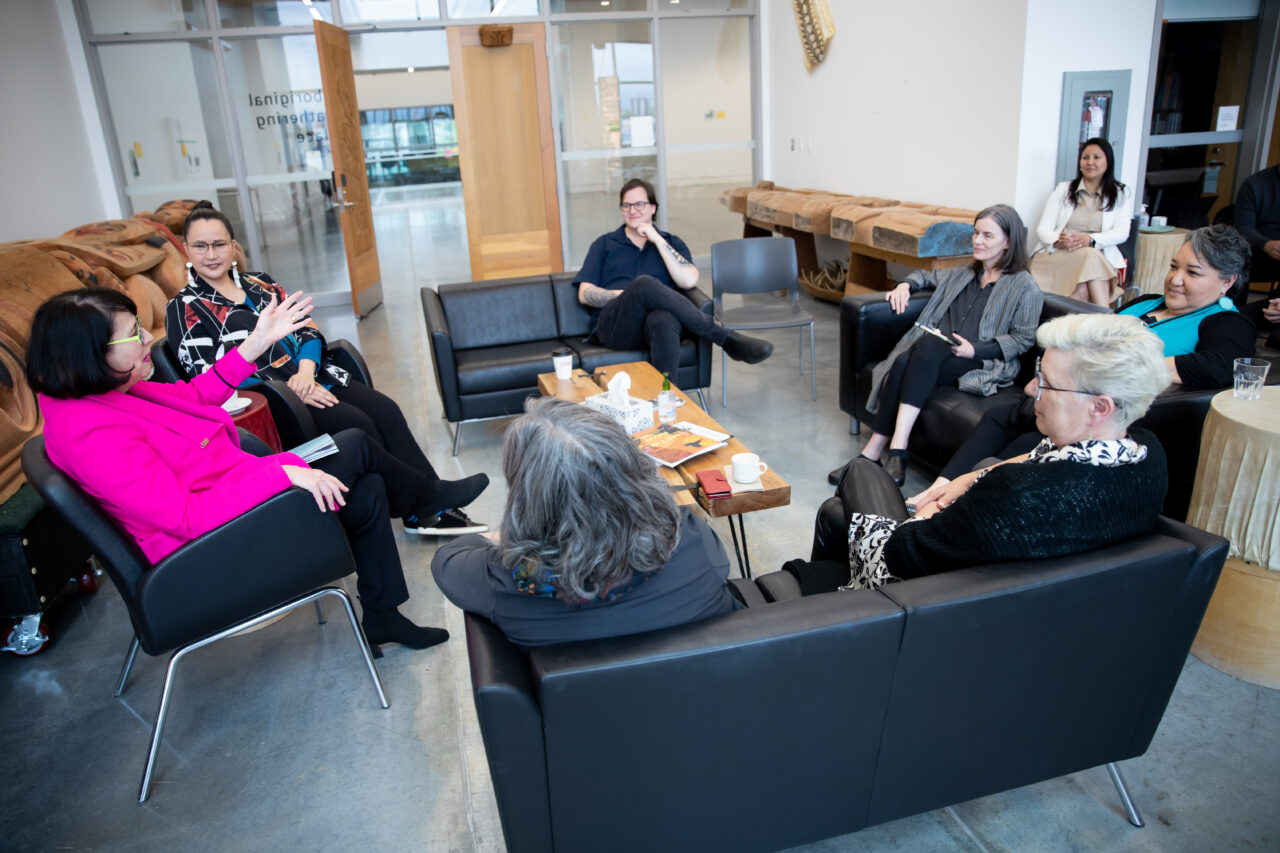 After a wide-ranging chat, Her Honour toured several areas of campus. She visited the Integrated Motion Studio, where she spoke with researcher and Industry Liaison Alan Goldman about the university’s state-of-the-art virtual production studio. She visited Material Matters Research Lab, to learn more about their work around 3D-printed textiles, wearable computing, and materials research. And she visited the sunlit Print Media Studio to view student work and discover more about the expansive space.

Scroll down to see more photos of the Lieutenant Governor’s visit. 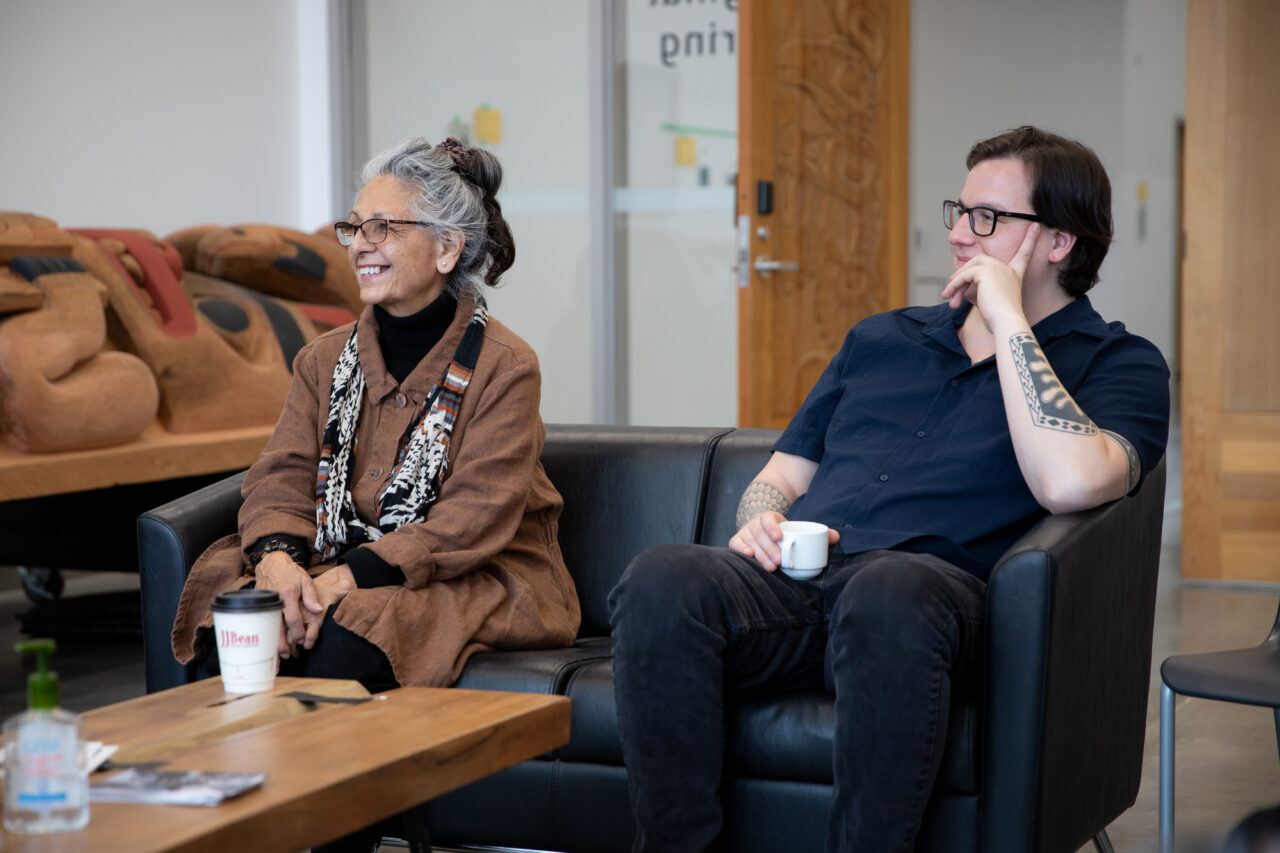 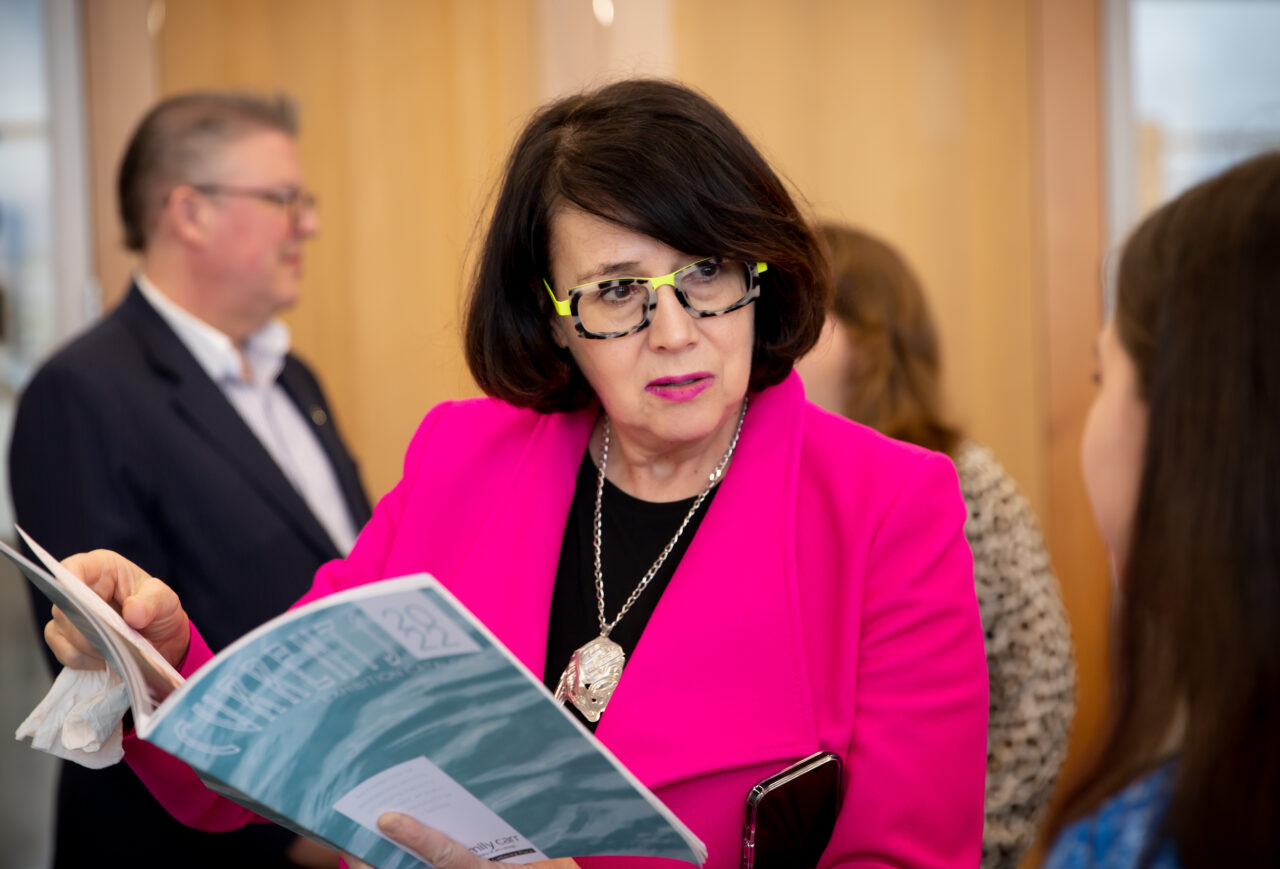 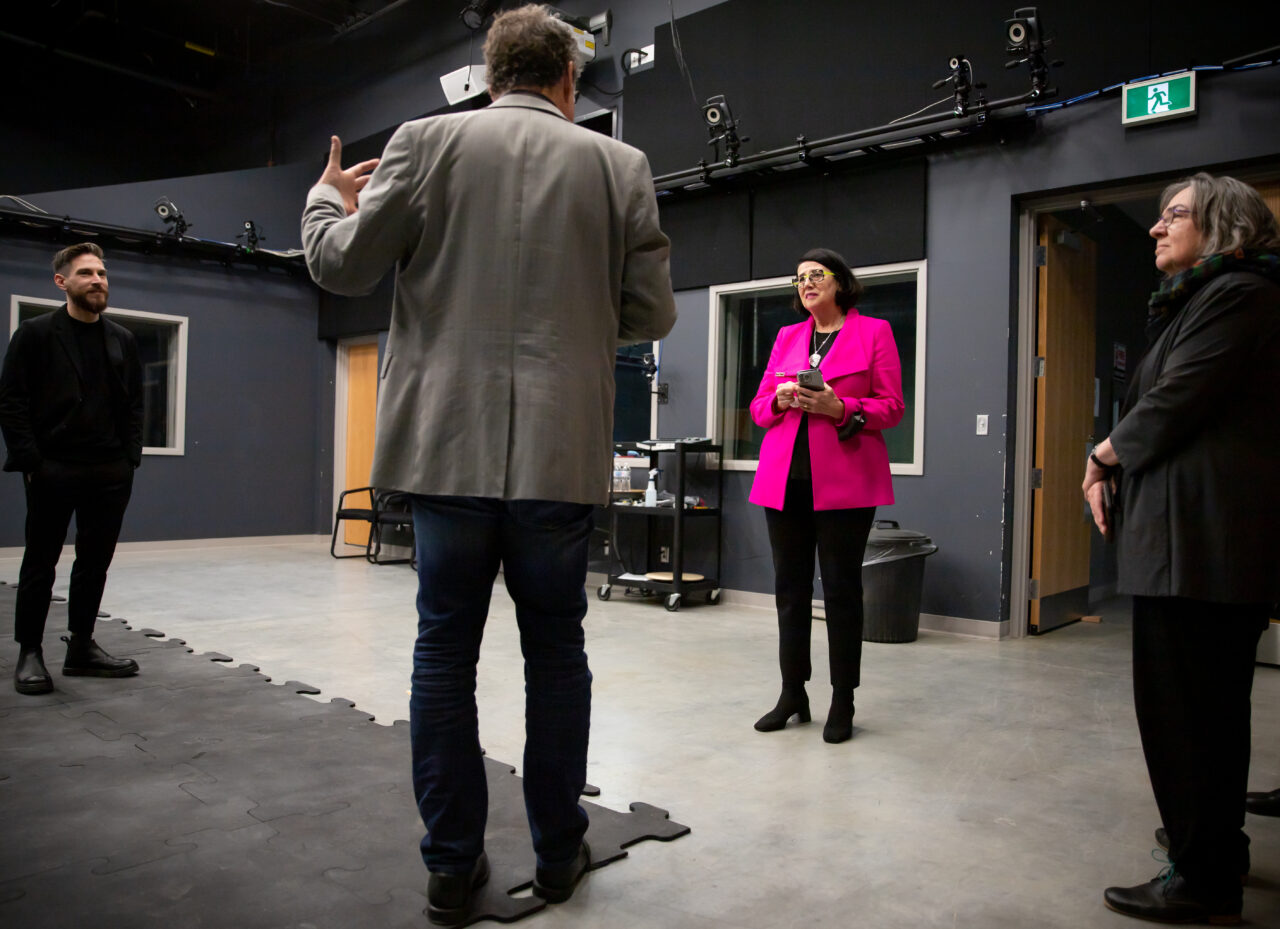 Alan Goldman (second from left) leads Her Honour on a tour of the Integrated Motion Studio. (Photo by Perrin Grauer / Emily Carr University) 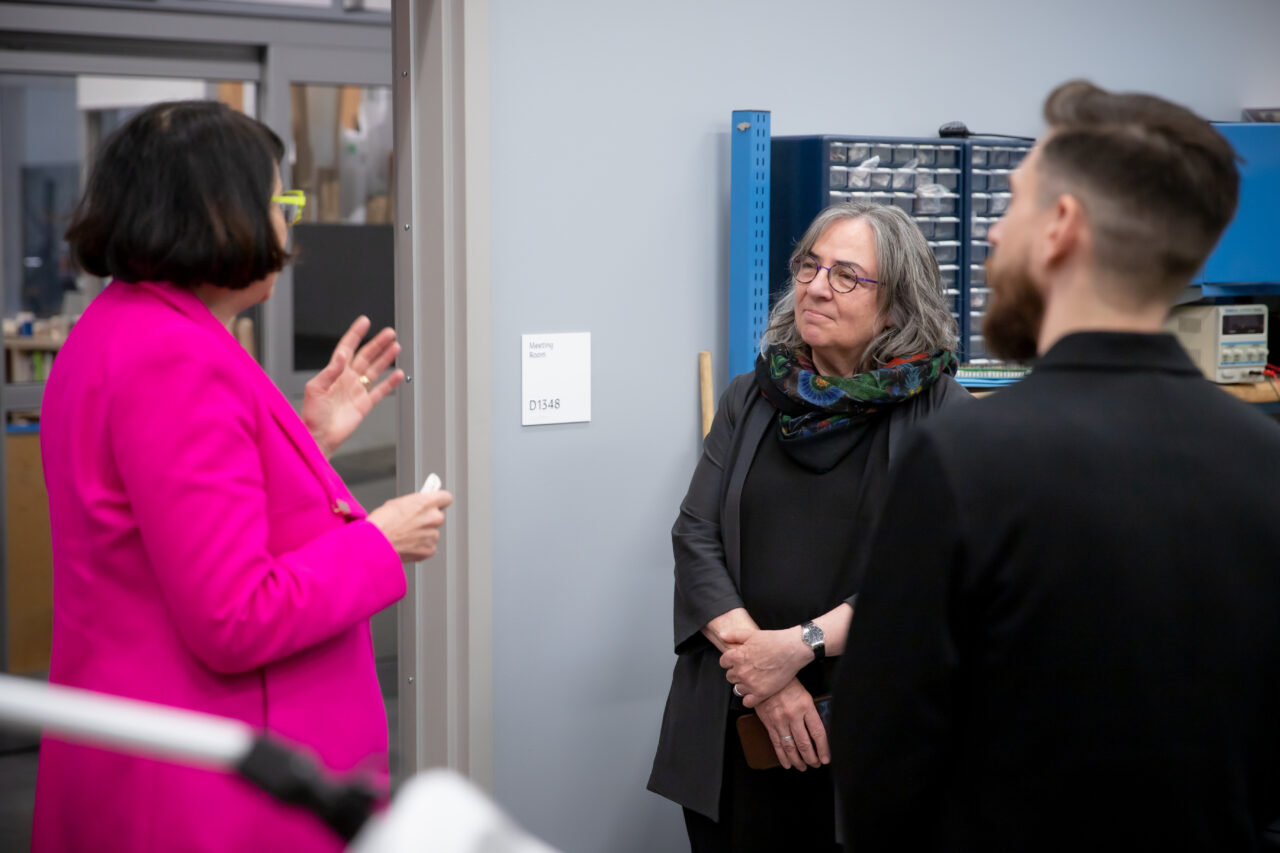 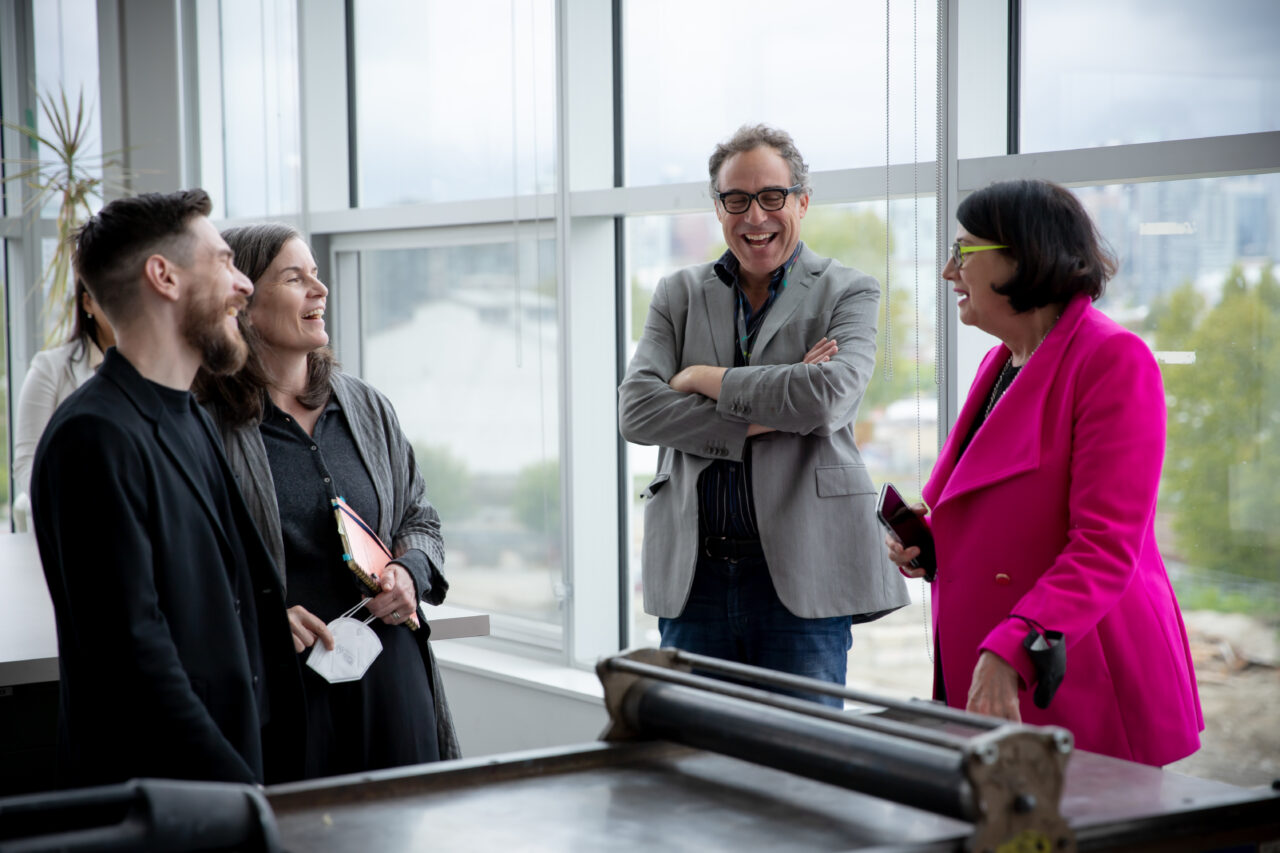