The installation of Carleen Thomas as the third Chancellor of Emily Carr University of Art + Design took place on May 11, 2022 at the Chan Centre for the Performing Arts.

Carleen Thomas is an educator and former council member for the Tsleil-Waututh Nation. She was appointed Chancellor of Emily Carr University on August 3, 2021.

Ms. Thomas holds a bachelor’s degree in education from UBC and has previously worked for the North Vancouver and Burnaby school districts as a district resource teacher in Indigenous education. She also sat on the Burnaby School District’s Aboriginal Advisory Committee and served as the Aboriginal Representative Chair in the Capilano University Senate.

She currently sits on the Indigenous Advisory and Monitoring Committee, a federal advisory committee made up of 13 Indigenous and six senior federal representatives that provides advice to regulators and monitors the Trans Mountain Expansion project and existing pipeline. 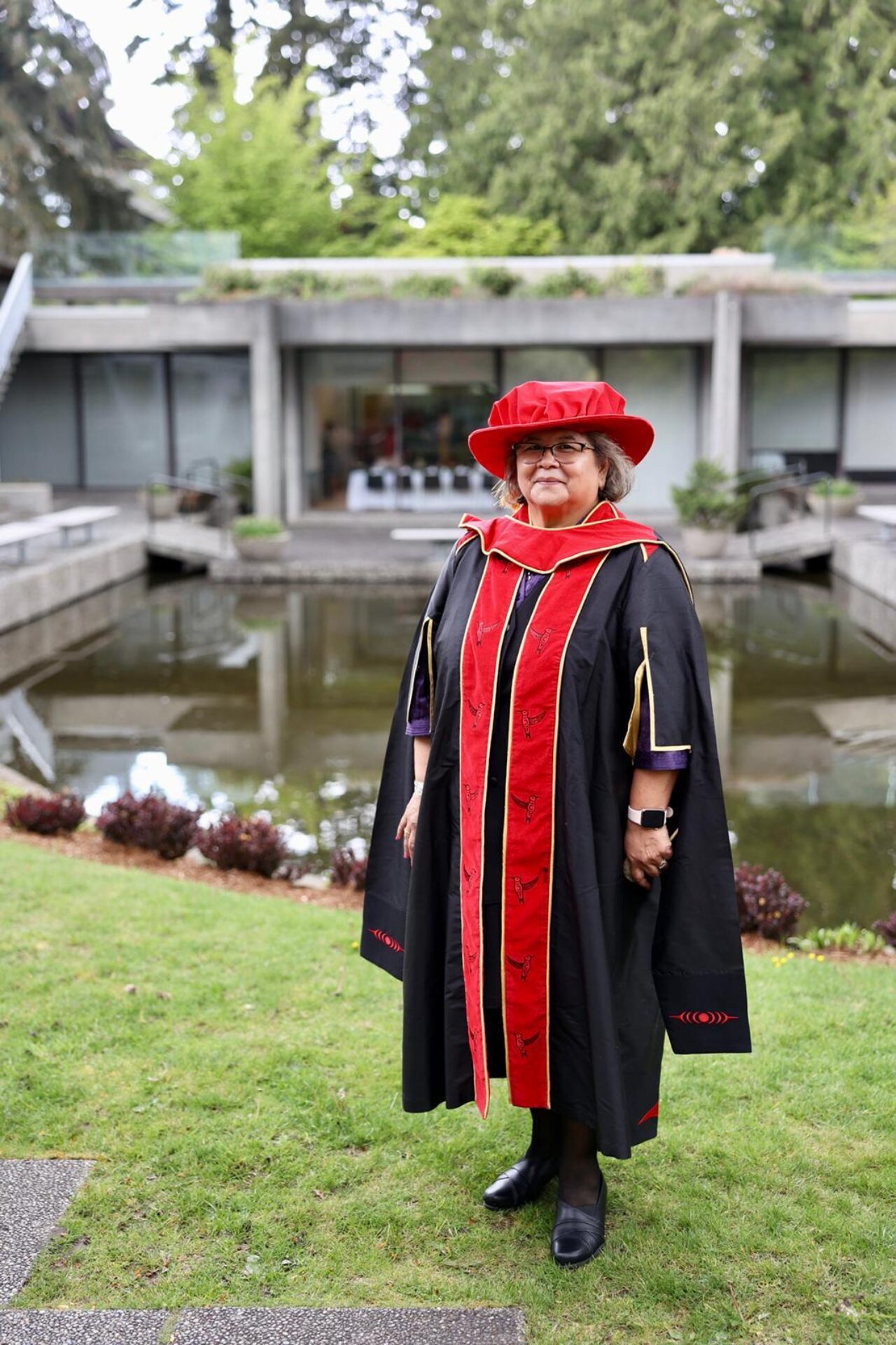