The IM4 (Indigenous Matriarchs 4) team drew the attention of BC Premier John Horgan during the 2019 BC Tech Summit. IM4 was also exhibiting in the Indigenous Regional House, and IM4 Co-founder and Creative Director Loretta Todd spoke as part of the summit’s "Ones to Watch" event.

Interaction Design students Amy Zhu and Vivian Chen won the Eastside Games Choice Award at the 2019 BC Game Jam for their game “Astrohamsters,” which they built from scratch over 48 hours.

May 2019 saw graduating student Tianna Barton (BFA 2019) drawing attention to climate change and inaction with her performance series, Waiting for the Beach #rising #sealevels. The performance featured several individuals, including Tianna, lounging on beach towels on Vancouver sidewalks under the watchful eye of a lifeguard, surrounded by disposable and plastic materials that contribute to the climate crisis.

ECU alums Weronika Stepien (BFA 2009) and Lilian Rose Smith (BFA 2019) were nominated for the 2019 Lind Prize, which honours an emerging BC artist working in film, photography or video.

Nicole Preissl (BDes 2019) was featured during a special plant-themed edition of the June 2019 edition of the Pecha Kucha Night Vancouver series at the Queen Elizabeth Theatre. 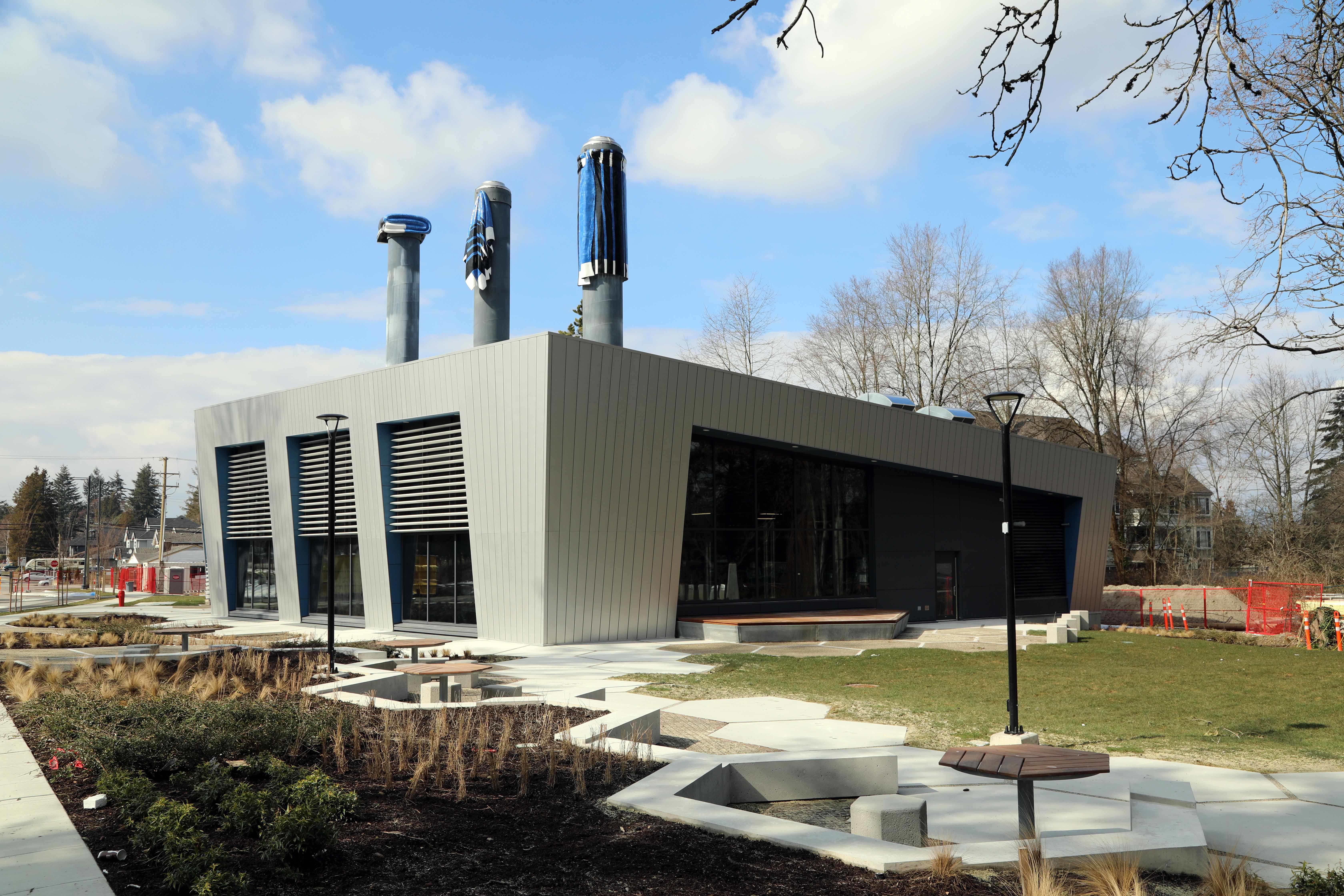 A major overview of three decades of work by celebrated interdisciplinary artist Rebecca Belmore — entitled Facing the Monumental — opened at the Musee d’art contemporain de Montreal (MAC). Rebecca was awarded an honorary doctorate by ECU in 2017.

Following her earlier selection as “Student Runner-up,” Jesi Carson (MDes 2018) took home the Community Choice Prize from the 2019 Core 77 Design Awards. Both awards were given for her thesis project Citizen Spaces.

For her student film Believe, filmmaker and ECU Student Anna Anaka took home a pair of Bronze awards at the Independent Shorts Awards in Los Angeles, CA,: one for Best Student Director (Female) and one for Best First Time Director (Female). Later in 2019, Believe was chosen as an Official Selection at the Canada Shorts Film Festival, and received an Award of Excellence.

Later that month, Sara-Jeanne Bourget was announced as the 2019 recipient of the Studio Residency Award from Griffin Art Projects.

August, 2019, brought news of a new, ongoing initiative, called Decolonizing the Healthcare System through Cultural Connections, led by Caylee Raber, Director of ECU’s Health Design Lab, and Brenda Crabtree, Director of the Aboriginal Gathering Place at ECU and Special Advisor to the President on Indigenous Issues. The cutting-edge project aims to improve healthcare practices and systems that have historically marginalized and harmed Indigenous individuals and communities.

August also saw ECU alum Teri Snelgrove (BMA, 1999) appointed to Producer at the National Film Board of Canada’s BC & Yukon Studio, based in Vancouver. 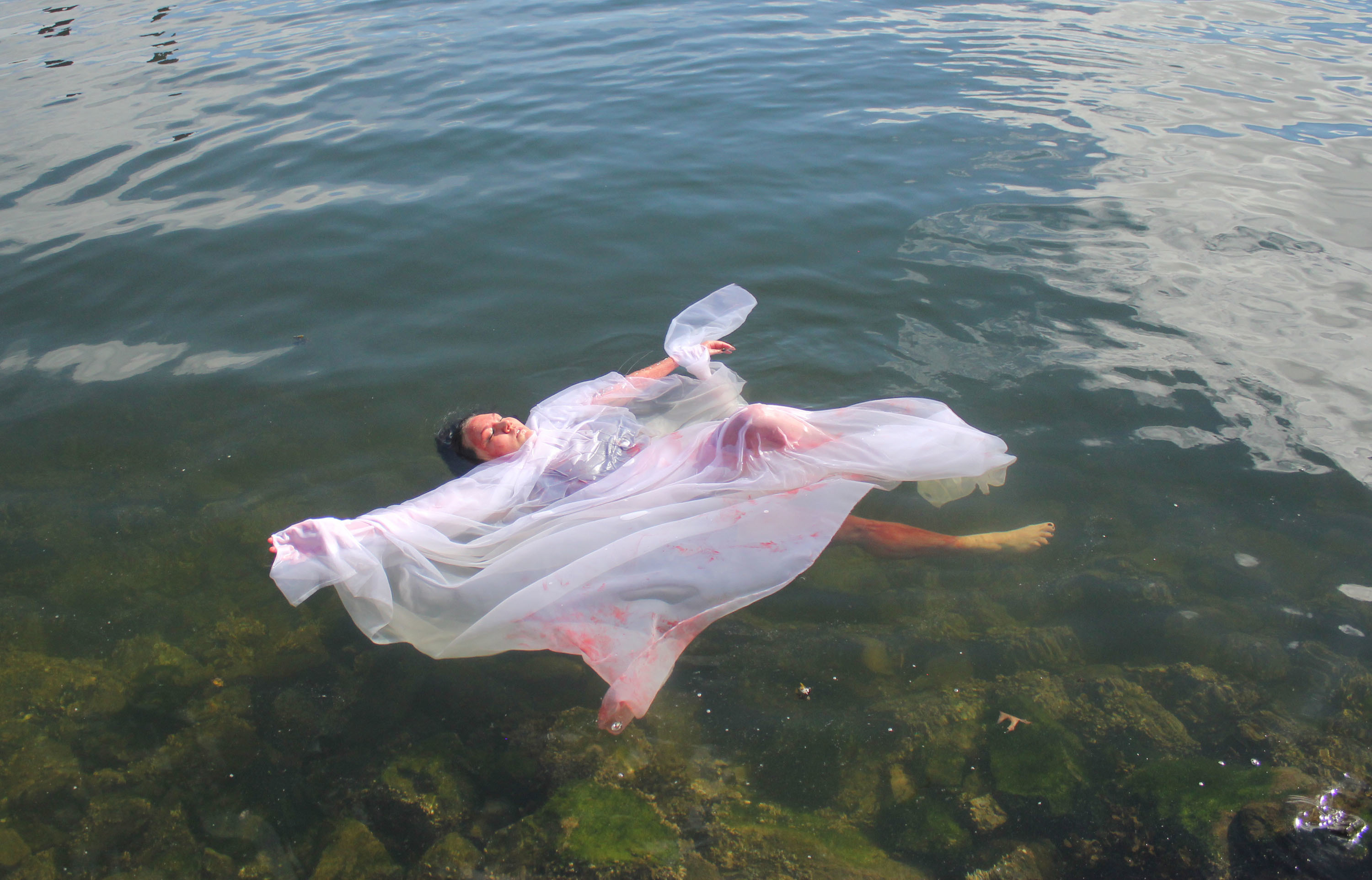 Interdisciplinary artist, writer, educator and ECU Professor Randy Lee Cutler announced she had been invited to the upcoming Biennale of Sydney 2020. Shortly thereafter, Randy released her book project, An Elemental Typology, which draws on science and art histories as well as folklore and magic.

That same month, Claudia Adiwijaya (BDes, 2019) was selected as one of the Antenna Foundation’s top 15 best young designers from around the world for her work Essentia — a plaudit that will see her headed to Eindhoven in the Netherlands to speak during Dutch Design Week.

The first Northwest Coast art exhibition in Hawaii opened in September, 2019, with Aboriginal Gathering Place Director and Special Advisor to the President on Indigenous Initiatives Brenda Crabtree acting as consultant and contributing work to the show.

Artist and filmmaker Thirza Cuthand (BFA 2005) contributed work to a short film collection from the National Film Board reflecting on LGBTQ2+ lives and identities. The series, called Five@50, was released to coincide with the 50th anniversary of the passing of Canada's Bill C-150, which partially decriminalized homosexuality.

In October, Li iyá:qtset: We Transform It at opens in Abbotsford’s The Reach gallery. The exhibition features work by Brenda Crabtree. In December, Brenda contributed works, workshops and loaning tools, learning resources and objects to the We Carry Our Ancestors: Cedar Baskets and Our Relationship to the Land exhibition at the Legacy Art Gallery in Victoria, BC. The curators of both exhibitions were effusive about Brenda’s extraordinary contribution to their shows. 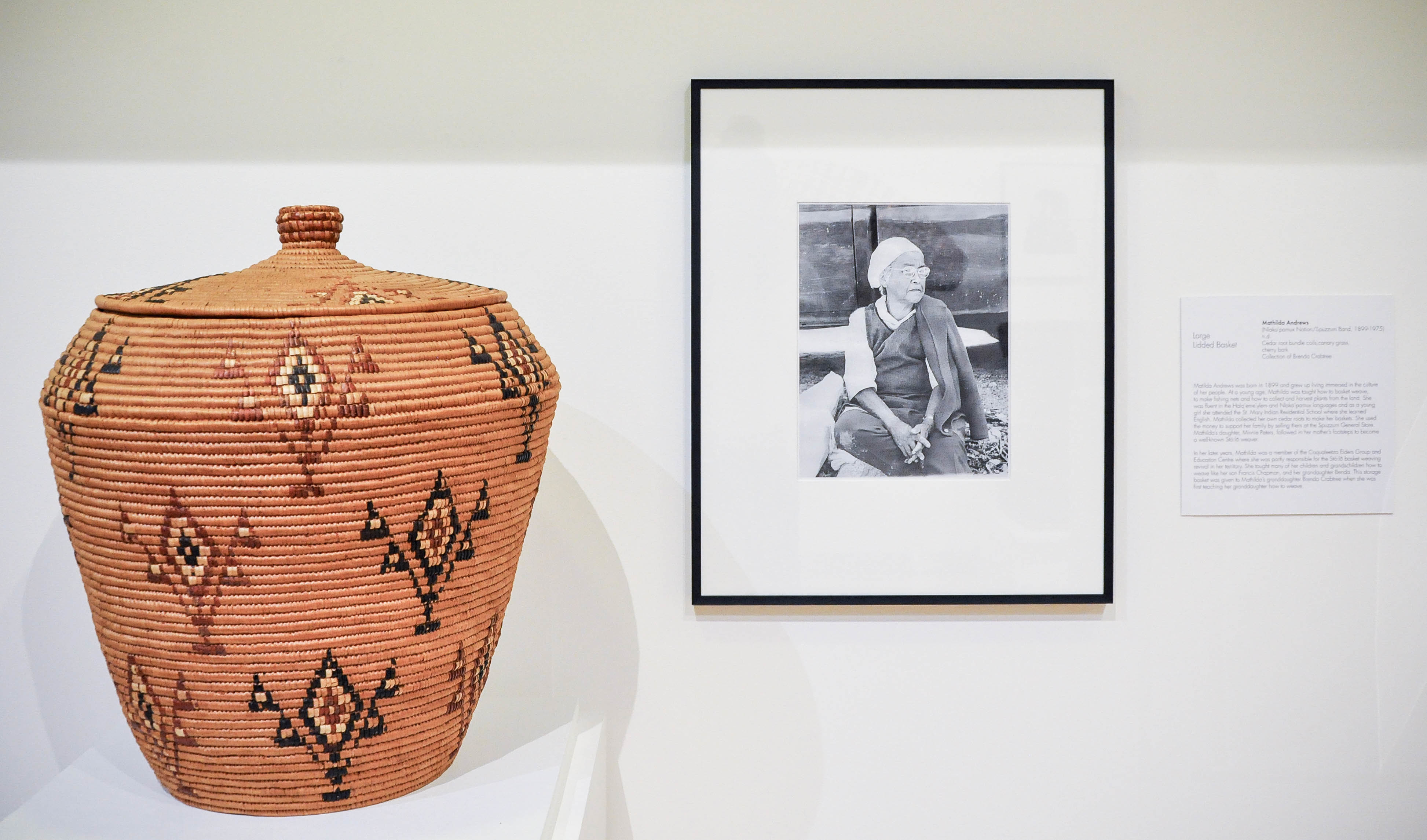 Artist, animator and ECU alum Stephanie Blakey (BMA 2010) helmed female-led animated short The Butterfly Affect — the inaugural offering from an initiative called Five in Focus, developed in partnership between Women in Animation and Women in View to advance gender equity in the animation industry.

The Alberta University of the Arts announced that interdisciplinary artist and ECU MFA student Jennie Vallis had been awarded the AUArts 2019 Alumni Horizon Award.

Filmmaker and ECU Assistant Professor Lindsay McIntyre was featured on the cover of Inuit Art Quarterly, and on the cover of Border Crossings magazine. Both magazines likewise carried feature interviews with Lindsay.

Artist and ECU MFA student Malina Sintnicolaas won the prestigious Audain Travel Award for her work as an emerging sculptor.

The new, SSHRCC-funded Shifting Ground project, led by artist and ECU Professor Ruth Beer, began its work of collaborating with local communities in the circumpolar North to bring nuance to heated conversations around the pressing issues of energy and sustainability.

Artists, scholars and ECU faculty members Randy Lee Cutler and Ingrid Koenig announced their ongoing SSHRCC-funded Leaning Out of Windows project, which explores how science and art might transmit and share knowledge, would be featured in Canadian Art Magazine. The cover of that issue featured a drawing by ECU Associate Professor Mimi Gellman, who had contributed the work to the 'Antimatter' phase of the LOoW project. 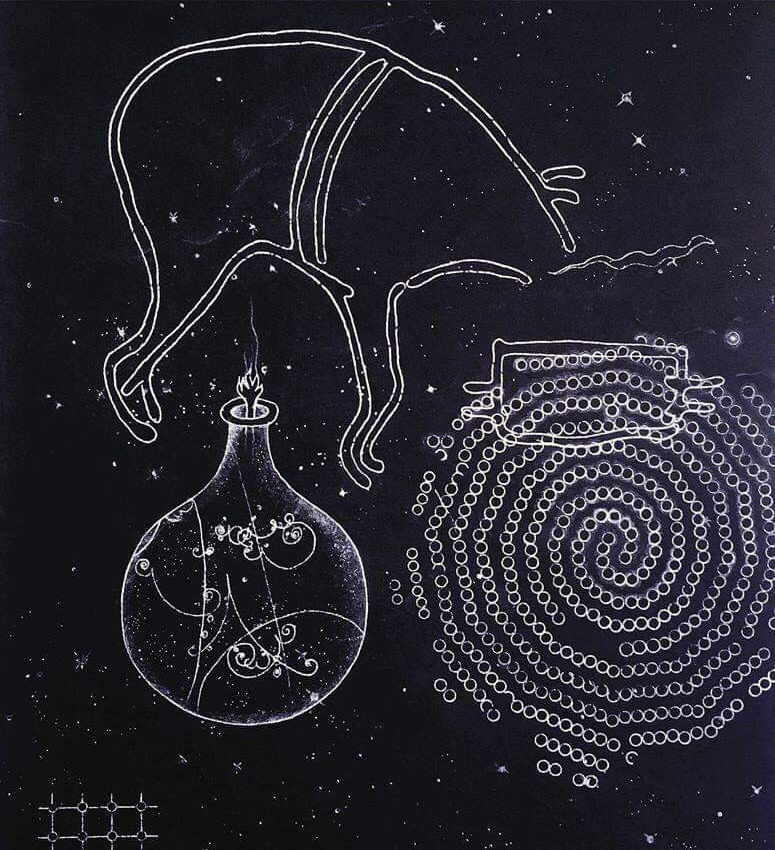 Maiko Yamamoto (MFA 2015) and James Long, artistic directors of Vancouver’s Theatre Replacement, were named the 2019 Laureates of the $100,000 Siminovitch Prize for excellence and innovation in Canadian theatre.

ECU Assistant Professor Gina Adams appeared in an Art & Object article, where she speaks about colonial erasure in basketball. The article coincides with a pair of exhibitions featuring works from her Honoring Modern Unidentified series: the To the Hoop: Basketball and Contemporary Art exhibition at the Weatherspoon Art Museum at the University of North Carolina at Greensboro, and a solo exhibition, Maajiigin wa’aw akiing miinawaa (Begin This World Again), at Accola Griefen Fine Art in New York City.

We encourage all of our readers to look back through the ECU news archives to discover all of the truly extraordinary contributions women have made and continue to make both within our university community, and to the world more broadly.

We’re proud to be one of only two BC universities led by a female president, Gillian Siddall, who was installed on February 15, 2019.

ECU's faculty and students are also led by a female Vice-President Academic and Provost, Trish Kelly, who began her appointment on June 1, 2019.

We have many other incredible female leaders at Emily Carr. Three of our four faculties are led by female Deans: Cissie Fu (Culture + Community), Kyla Mallett (Audain Faculty of Art) and Celeste Martin (Ian Gillespie Faculty of Design + Dynamic Media).